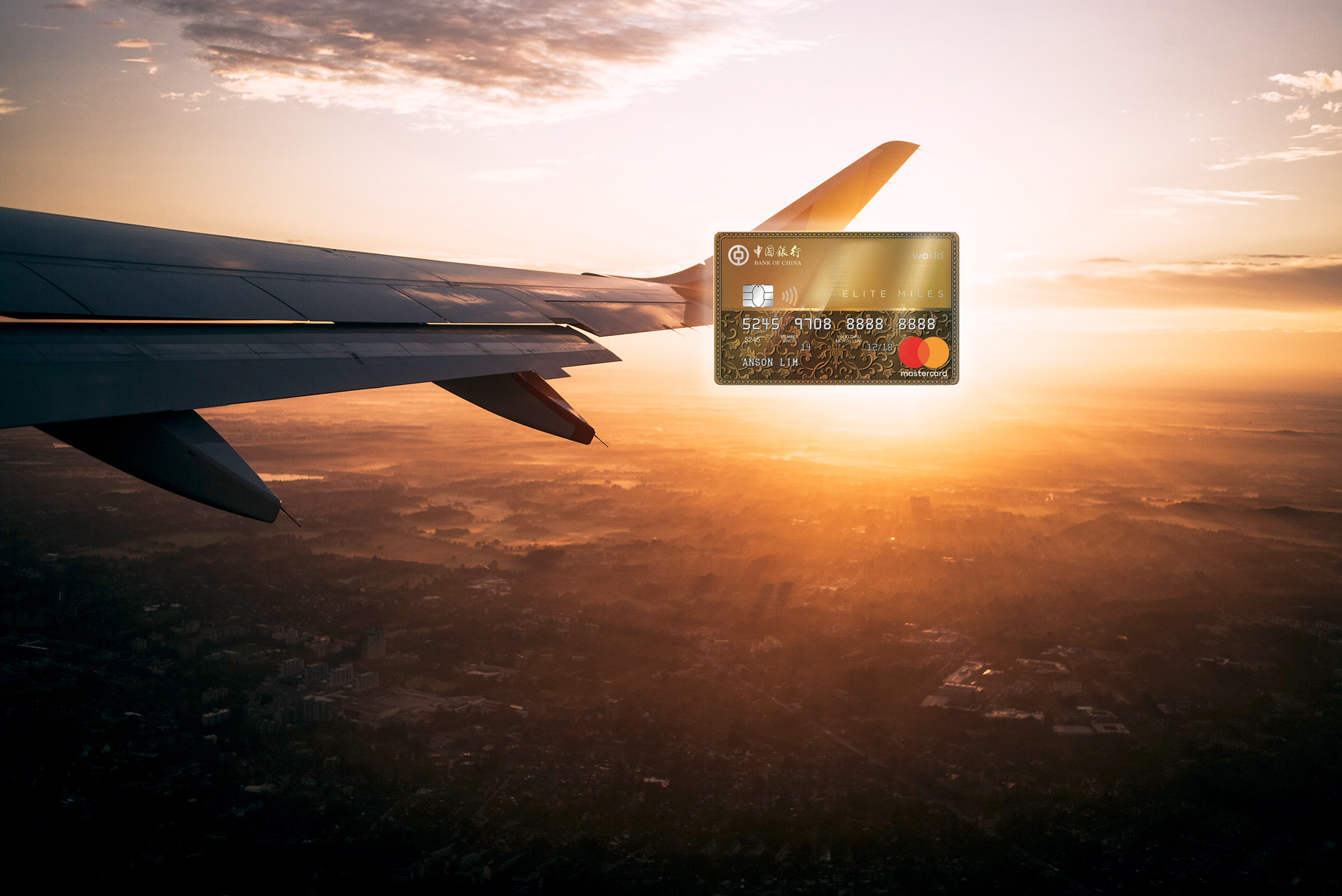 Bank of China has revised the terms and conditions applicable to the Elite Miles World MasterCard, with several changes taking effect from today, 15th March 2019. Here is our analysis and summary of the major changes.

We’ve been keeping close track of our BOC Bonus Points since using the card and our experience so far is that points have been reflected accurately (+/- 1 or 2 points here and there).

If you use your BOC card when you travel and pay in overseas currency (don’t use DCC!), there’s no change here – you’ll earn at the overseas rate as before.

The slight change under the new terms and conditions is that instead of “card transactions posted in foreign currencies”, BOC has amended the criteria for overseas spend to state:

That means for some online shopping, you have to be sure that the merchant payment gateway is overseas in order to get 3 miles per dollar on the spend, and this can be far from clear.

For the most part though you’ll get the overseas rate especially for online transactions with companies obviously based overseas.

Each conversion to miles is now capped

Previously BOC did not apply a maximum number of points to be converted into frequent flyer miles per transfer.

What’s changed now is that for the fixed conversion fee, BOC is capping the number of points you can convert to 10 ‘blocks’ per transfer. In other words the maximum transfer you can make in a single points to miles conversion is now:

Of course if you have more miles than that and you wish to transfer them all that remains possible, however you will need to pay the S$30 fee again for any subsequent transfer.

For most of our readers who transfer to KrisFlyer this isn’t a significant impact, unless you’ve allowed a large points balance to accumulate. For Asia Miles it seems a little harsh, due to the smaller transfer block size.

While the smaller blocks were previously a benefit in fact for Asia Miles, this new policy now significantly reduces the number of miles you can transfer (compared to KrisFlyer) for your S$30 fee.

This card had a pretty generous lack of transaction type restrictions when it was launched in July last year, so it’s no big surprise that BOC has added some exclusion categories for points earning. These are common to many credit cards in Singapore.

With effect from 15th March 2019 the following types of payments will not accrue any BOC Bonus Points:

Interesting that BOC exclude GrabPay from the miles earning category, which will annoy many customers, but in all honesty the other restrictions aren’t uncommon.

Points expiry is not changing

Here’s one element of the BOC Elite Miles card that has caused some confusion, but has actually never changed since day one. Unfortunately due to a typo in the initial published BOC terms and conditions document, which was corrected but crept back in to a later version for a short period of time, it’s understandable why people were concerned.

To clarify, BOC Points are valid for between one and two years, depending on the date of the transaction. It still works as follows:

Points expiry happens on 30th June each year for the transactions conducted between 1st July two years beforehand and 30th June the previous year. Sounds a bit complicated so here’s a table with examples to help you.

As you can see in the worst case scenario points earned from a transaction made on 30th June will expire exactly one year later. That’s the shortest validity period however because if you make a transaction the following day on 1st July the points associated with that one will now last almost exactly 2 years.

As you make transactions between 1st July and 30th June the following year, the points validity for the respective transaction progressively decreases from almost 2 years back towards 1 year again before resetting on the following 1st July.

Remember once you transfer points to KrisFlyer they then have a further three years validity.

We first transferred BOC Points to KrisFlyer miles in November 2018. At one point we decided they had probably gone missing, but they did eventually credit – just over a month from transfer initiation.

While this was broadly in line with the terms and conditions (which are unchanged, and state that the transfer process will take “approximately 14 to 21 working days”), we had heard lately that the process has improved and is now much quicker.

We transferred BOC Points to KrisFlyer miles again last week and this time the miles were credited to KrisFlyer after 8 days (including 6 working days). Clearly that’s much better, though it remains one of the poorer bank to miles transfer times especially if you’re looking at an available redemption to jump on.

You can now use BOC Points to pay your annual fee (but please don’t!)

BOC has added the facility to pay your annual card fee (which kicks in only from year two as the first year fee is still waived) by using your BOC Points instead of having the card fee charged to your statement.

As you might imagine, it’s a horrible rate and you should not even consider this.

In both cases BOC are valuing your miles at 0.6 Singapore cents each (that’s even worse than KrisPay).

We have updated our full review of the BOC Elite Miles card following these terms and conditions changes. You can read full details of the card there.

The BOC Elite Miles card remains one of the best out there for general earn rates. A change in the overseas spend definition isn’t too significant, and the added exclusion categories for points earning are, for the most part, common across most cards.

The new limit on points to miles transfers per S$30 fee is unfortunate for those accruing and converting large balances, and is especially harsh for those converting BOC Points to Asia Miles who will be hit with a $30 fee for every 60,000 miles transferred. On the plus side, transfers have become faster lately (but still take over a week).

Finally you must never consider using your BOC Points to pay your annual card fee, no matter how good an idea it sounds at the time. This completely decimates the value of your points, so much so you’d even be better transferring them via KrisFlyer miles to KrisPay and using them there!