Skip to content
Accessible to Star Alliance Gold and Priority Pass members as well as the airline's own guests, how does the new Turkish Lounge Bangkok stack up against the plentiful competition at Suvarnabhumi? 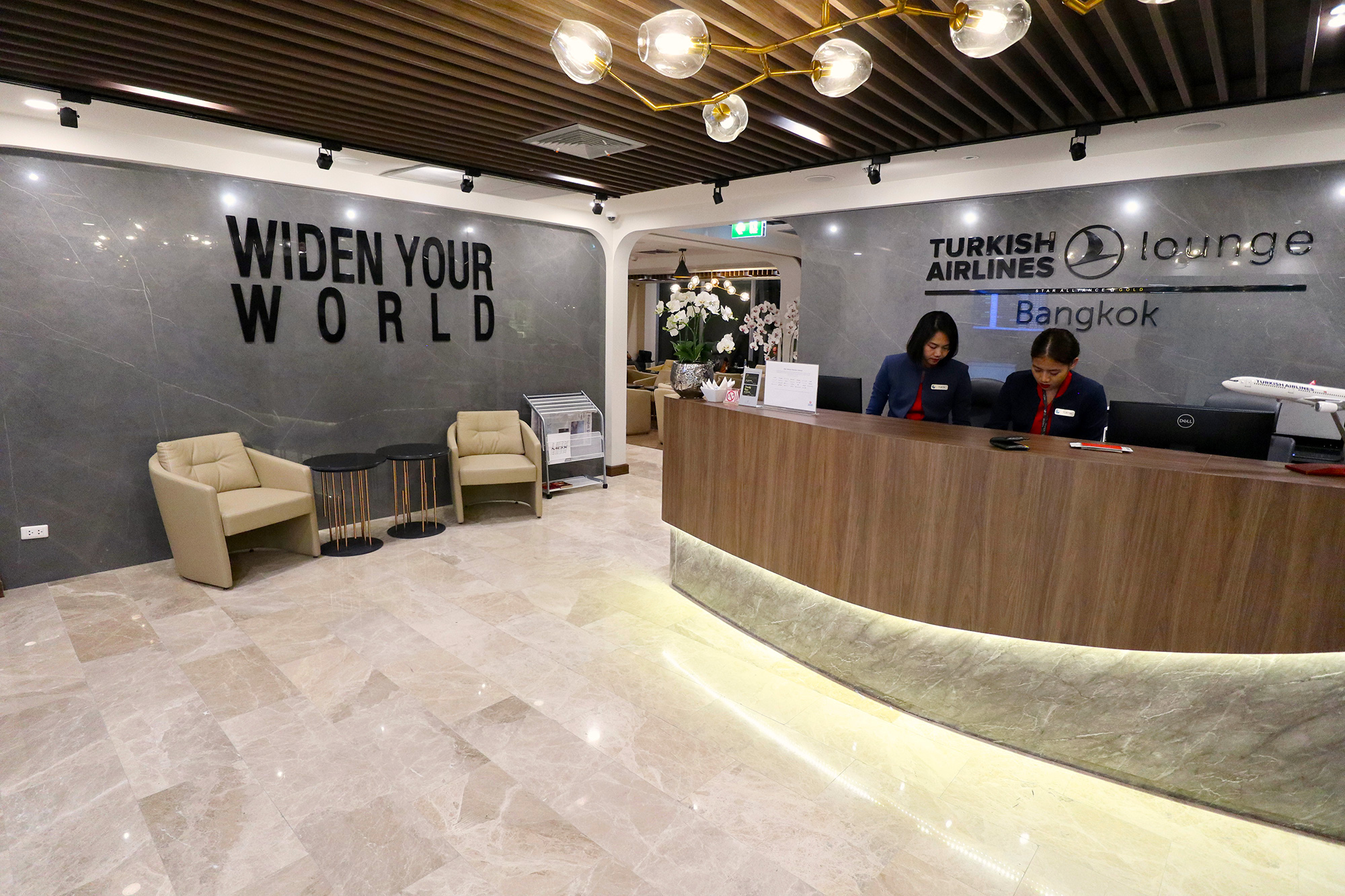 One thing Bangkok’s Suvarnabhumi airport doesn’t seem to be in desperate need of is another airline lounge. It’s an already crowded scene with no fewer than 12 airline operated Business Class facilities plus at least 10 third party options in the international departures area alone.

We dropped by the new Turkish Airlines lounge before a recent flight to see if the latest addition at the airport is worth your time.

We first learned of the forthcoming Turkish Airlines lounge at Bangkok’s Suvarnabhumi airport in March this year. Aside from the obvious lounges in Istanbul, the Bangkok facility joins other outstation lounges operated by the airline in Moscow, Nairobi and Washington (a strange list!).

Despite only being Turkish’s fourth outstation lounge, it opened in early March to little fanfare. Even the airline never announced it and still doesn’t mention it on their website, nor has the Star Alliance lounge database been updated yet.

Two months in though it’s definitely there and it joins a long list of similar facilities available for premium travellers departing Bangkok.

I managed to stop by last month before a JAL flight to Osaka to check out whether this was one to add to your list.

The airline currently flies up to two flights to Istanbul from Bangkok, both are evening departures within an hour of each other at 9.45pm and 11pm (the 9.45pm flight currently doesn’t operate every day).

Both of these flights are operated by A330-300s which feature the airline’s rather disappointing 2-2-2 Business Class offering. We haven’t tried it ourselves as we aren’t a big fan of Business Class seats without direct aisle access, however we’ve heard that their soft product, especially the food and beverage selection, goes some way to making up for the dull hard product.

From 9th August 2019 Turkish is increasing flights from Bangkok, adding a morning departure also using the A330. From that date the airline will consistently fly three flights daily on the Bangkok – Istanbul route:

In some ways the A330 is currently the better aircraft to fly on in Business Class with Turkish, as the wider 777-300ER has a 2-3-2 layout in this cabin with the dreaded ‘middle seat’.

Turkish will soon receive their first Boeing 787-9 aircraft, which will be fitted with new Business Class seats (the Stelia Solstys III model, also used by Singapore Airlines as their latest 2018 Regional Business Class product). Frankly that’s a little disappointing given they had hyped up the new product to be something quite special, but I suppose they are going from 2-3-2 and 2-2-2 seating currently.

If you’re flying with Turkish to and from the Asia Pacific region you can expect the old product for some time to come, the first confirmed route in this part of the world to see the new seats is Kuala Lumpur from 12th May 2020 according to RoutesOnline.

This lounge is available to passengers flying on a Turkish Airlines or on an international Star Alliance member operated flight:

Also the lounge is accessible to passengers flying in any class, on any carrier departing internationally from Suvarnabhumi:

Note: The domestic section of Suvarnabhumi is separated from the international gates so you will not be able to access this lounge if you are flying on a domestic flight. Turkish Airlines does not operate First Class or Premium Economy, but other Star Alliance carriers do offer these cabins from Suvarnabhumi (e.g. Thai First, EVA Air Premium).

With Turkish currently only operating two departures from Bangkok in the evening the 24 hour opening of this lounge is surprising. That is until you realise they accept Priority Pass (additionally LoungeKey and Lounge Club members are entitled to access).

Even with three daily Turkish Airlines flights, with a 12 hour gap between the morning TK59 and first evening TK65 departure this lounge would go very empty during the day and realistically it would not be feasible to operate on a 24 hour basis.

That’s where Priority Pass and these other access schemes come in. Opening the lounge up to these travellers means that whichever airline or class they are flying, they can gain access and Turkish Airlines receives a fee for every visitor.

Note that Turkish Airlines reserves the right to deny entry to Priority Pass and other lounge scheme members if the facility is too full of their own Business Class and Star Alliance Gold customers. This may be the case in the evenings from approximately 8pm to 9pm when their own flights are fully booked in Business Class and a number of those in Economy hold Star Alliance gold status.

It is unlikely that the lounge will see many other Star Alliance guests as there are far better options out there available to Star Alliance Gold members and those flying premium cabins, as we’ll discuss later.

There is no shortage of Priority Pass options in Bangkok and we’ve tried the majority of them (14 in total!). Most of them aren’t worth a review, but our personal favourite is the Oman Air lounge that we reviewed comprehensively here (April 2018). 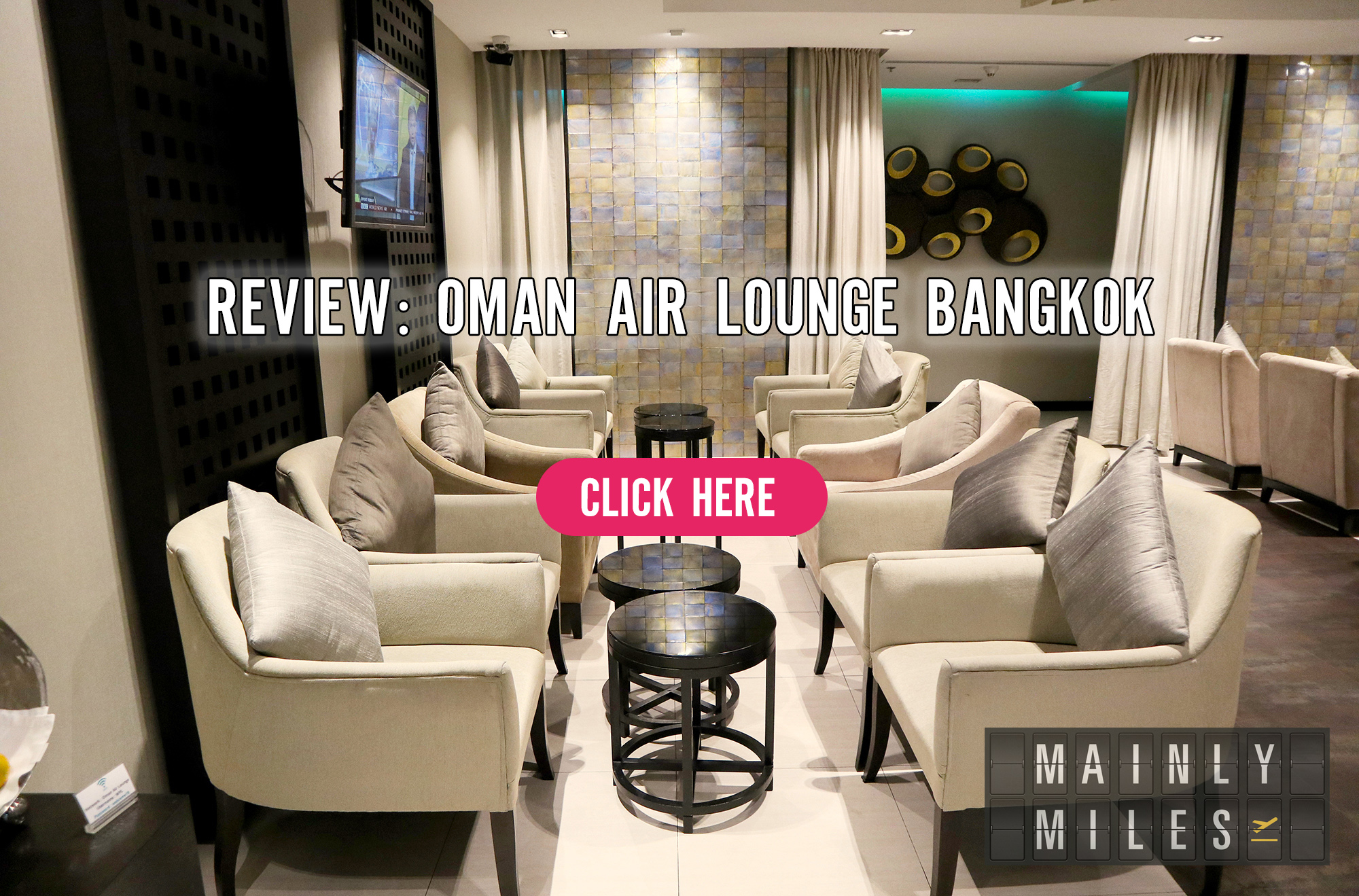 It’s a really pleasant space and about to get even better (presumably) following a renovation, so Turkish faces some stiff competition.

If like many of our readers you’re familiar with the Singapore Airlines SilverKris lounge in Bangkok, you’ll find the Turkish lounge is in a very similar location on Level 3 (one level below immigration control and the main departure shopping concourse).

The Turkish lounge is slightly further along from the SilverKris facility, past the Qatar and China Airlines lounges near gate D8 and almost directly opposite the JAL Sakura lounge.

If your flight is departing from the D, E, F or G gates the lounge is well located with all those gates less than 10 minutes walk, but do factor in some additional time if you are leaving from the A, B or C gates (up to 15 minutes walk).

I entered the lounge entrance and was greeted by two friendly and helpful staff at the reception desk.

Since I was flying on a Japan Airlines flight (oneworld alliance), I used my Priority Pass to gain access.

In the corner of the reception area below a flight information screen there are six lockers available for customer use in case you don’t want to carry all your items around with you during your visit.

Entering the lounge there is an area of low armchair style seating to the left side, set up for couples or groups of four with a small table probably only ideal for drinks or small snacks.

To the right side there is a low leather sofa/armchair area and the manned bar.