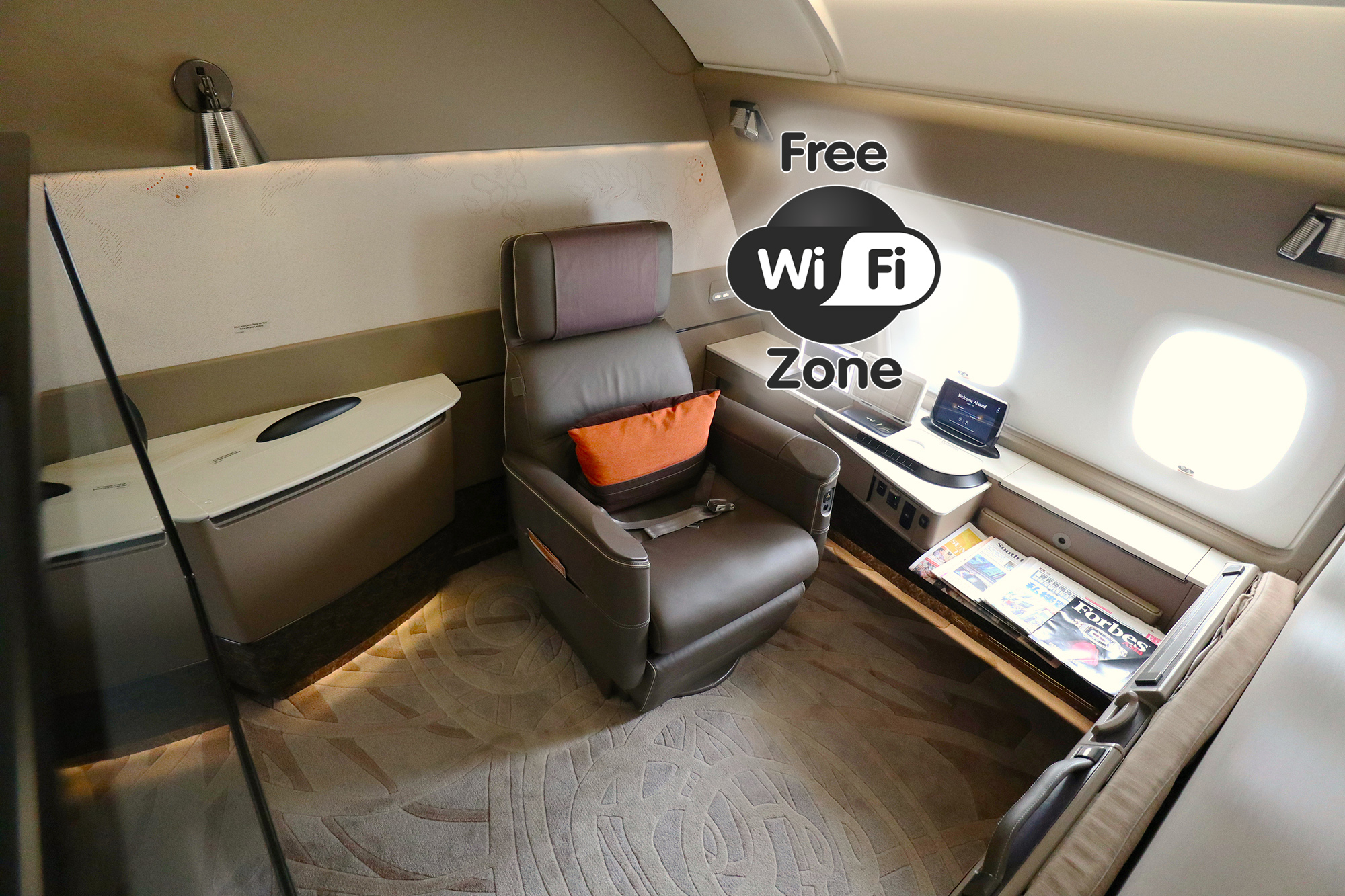 Singapore Airlines has increased the caps on its data allowances for premium and status passengers flying on Wi-Fi equipped A350s, A380s, 777-300ERs, and 787-10s. Those flying First Class or Suites benefit most, with an unlimited complimentary allowance for the duration of the flight.

Edit 5th December 2019: Some older 777-300ERs and A380s will still be subject to a 100MB allowance in First Class / Suites and a 30MB allowance in Business Class or for PPS Club members until a retrofit program for those aircraft has been completed.

The latest information including specific Wi-Fi allowances by aircraft registration and by aircraft type can be found in our full guide here.

The cabin class allowance is irrespective of whether you made a redemption, cash booking, or upgraded from another class.

Simply connect to the onboard portal and complete the required details using the ‘Complimentary Access’ link.

The following aircraft in the fleet are Wi-Fi equipped:

You won’t find Wi-Fi however on the following jets:

If you’re a Singapore Airlines regular, you’ll probably know the Wi-Fi offering is a bit of a mishmash, and it isn’t cheap. Some aircraft have a volume-based package, others have a ‘whichever occurs first’ (time or volume) package.

Here’s the Wi-Fi pricing schedule for the current SIA fleet:

Note: Apart from the A350 Regional shown above, which we know to be correct as of this week, our readers have reported that Wi-Fi pricing has been reduced on other aircraft types as well. We’ll update the tables below as we know more, but bear in mind the following pricing is from 2018:

Earlier this week a spokesperson for Singapore Airlines told MainlyMiles:

Currently, the three major telcos in Singapore are offering unlimited data packages for use with the Singapore Airlines onboard Wi-Fi, as follows:

These look expensive options (and they are), but remember as the onboard Wi-Fi options are generally not unlimited, and are priced in US$ (so you need to multiply by at least 1.3x), they start to look like more reasonable alternatives.

Some Boingo packages, such as those you get with the Citi Prestige card, also allow access on selected Singapore Airlines aircraft. This does tend to vary however and it isn’t totally reliable.

A very nice new allowance for First Class and Suites passengers, who now have unlimited complimentary Wi-Fi throughout their Singapore Airlines flight on equipped aircraft.