Skip to content
Holding on to the Standard Chartered SCVI and X Card? Here's what it means for your reward points. 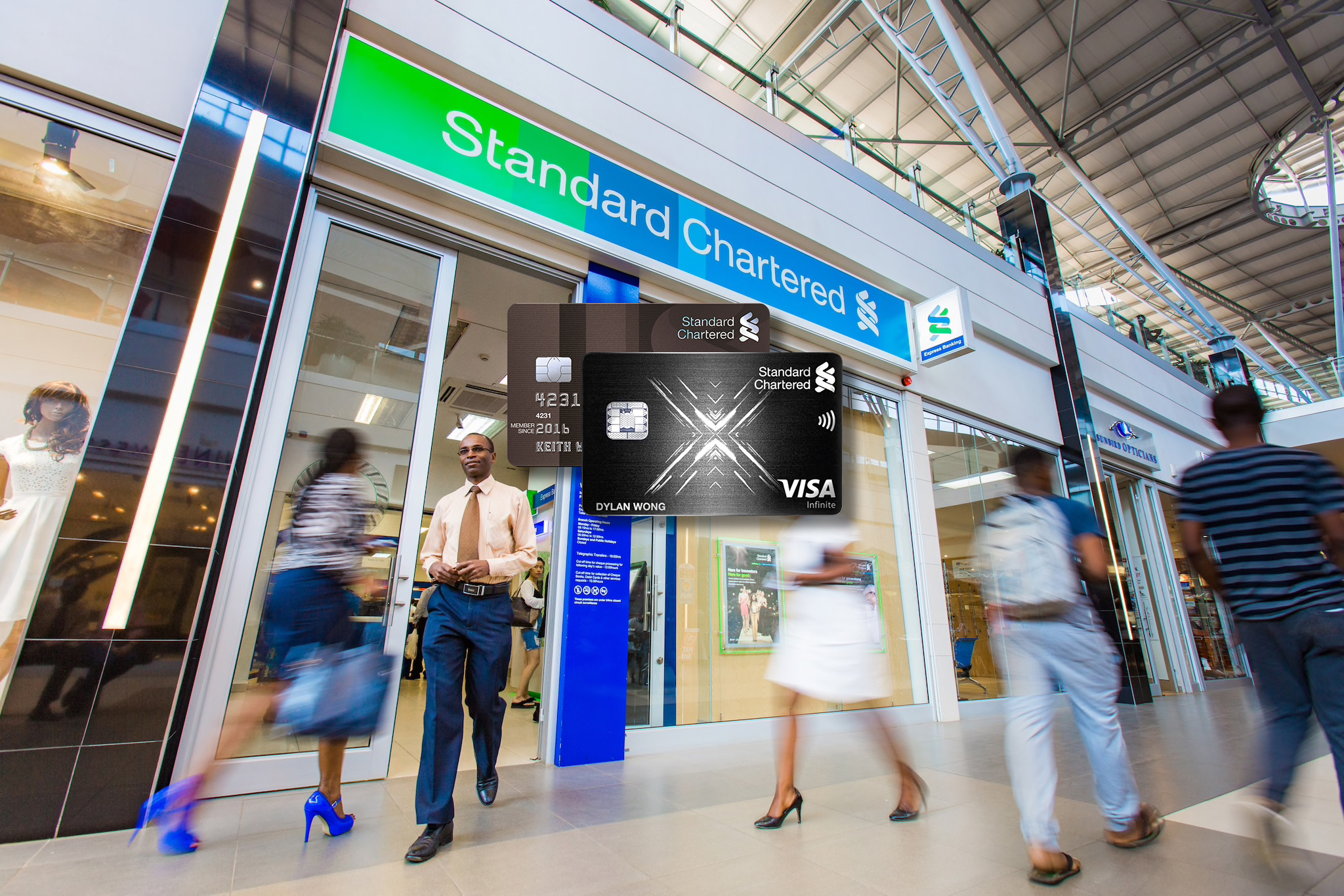 Quite a number of our readers, ourselves included, already had a Standard Chartered Visa Infinite credit card in Singapore before also picking up the new X card over the last few days for the 100,000 miles sign-up bonus, now reduced for new applications from 1st August to 60,000 miles.

First thing to note is that while Standard Chartered has added 11 new partner loyalty programs for you to be able to transfer your reward points into, you can only do so from points accrued using the X card.

Points accrued on your SCVI card are still restricted purely for redemption into the KrisFlyer program.

If you were hoping your existing SCVI points balance could now be transferred into Qantas points or United miles, for example, that unfortunately won’t be possible.

Remember the transfer to new partners portal is difficult to find on the Standard Chartered desktop site, check out our article here showing you how to access it. It’s easier to find on the mobile app (where it is the only rewards option).

When you go to the regular rewards section, which can only be accessed via the desktop site, you’ll see that your points from the X card and your SCVI card are pooled, so you can make a single redemption into KrisFlyer from the entire points total for a single transfer fee. 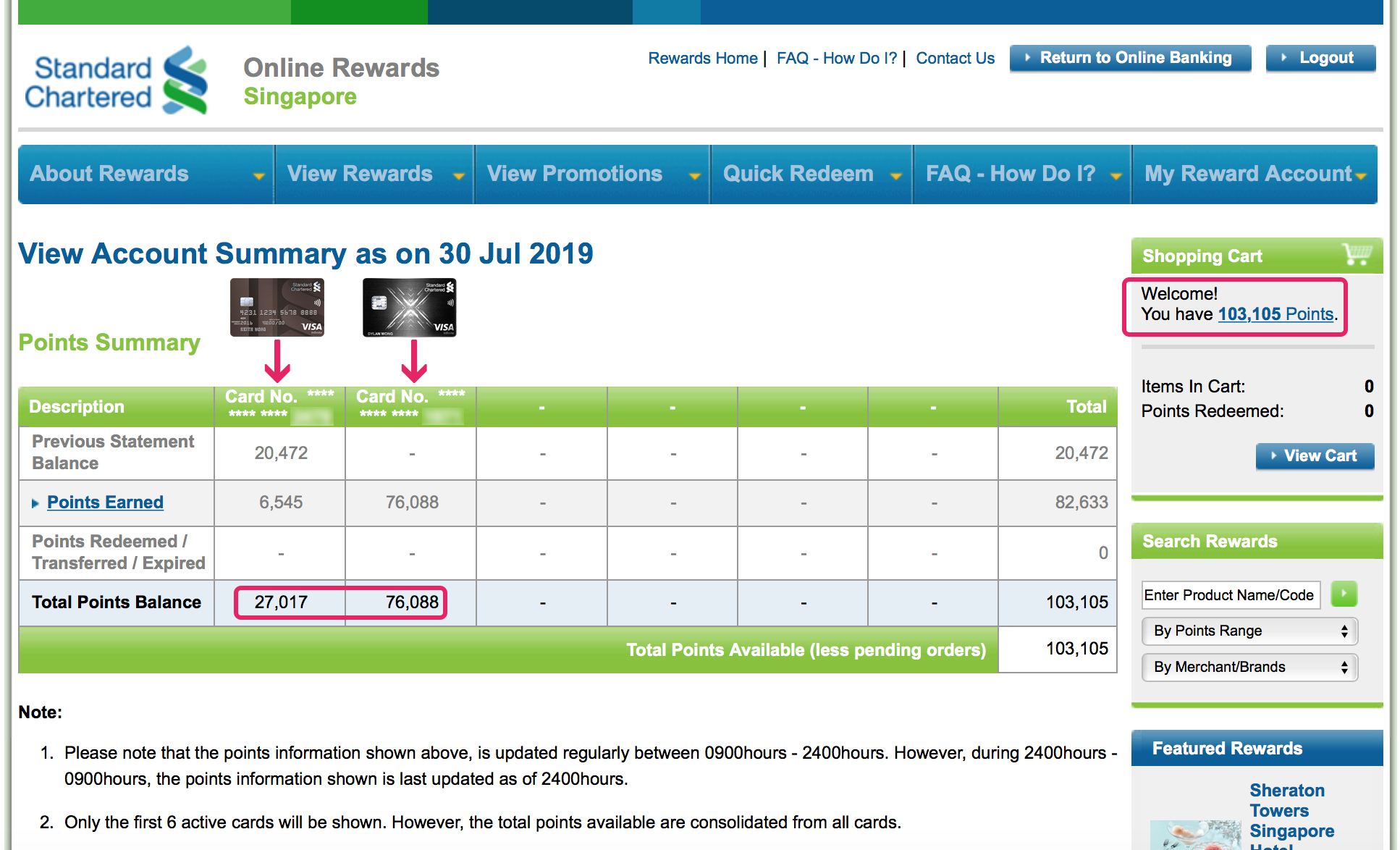 The X card points, by the way, comprise the upfront bonus of 30,000 miles (paid as 75,000 points) plus some spend I have already made using the card.

For KrisFlyer transfers, the largest balance is used first

When we spoke to Standard Chartered, they confirmed the points balance that is expiring first will be used first in my points to miles transfer. However points accrued from both the SCVI card and the X card never expire provided your respective accounts remain open and in good standing.

They weren’t quite sure what would happen in that example, so they checked with the card team directly who advised in this case the system rules result in the card with the largest balance being used first in any transfer.

Though I wouldn’t usually transfer such a small amount for one transfer fee, I decided to put it to the test and transfer my 30,000 miles (75,000 points) upfront bonus from the X card to KrisFlyer. If what they said was true, the points would all be taken from the X card, with the SCVI points (smaller balance in my case) left untouched.

So which account did it come from? You don’t actually get to find out straight away, as the order is processing. 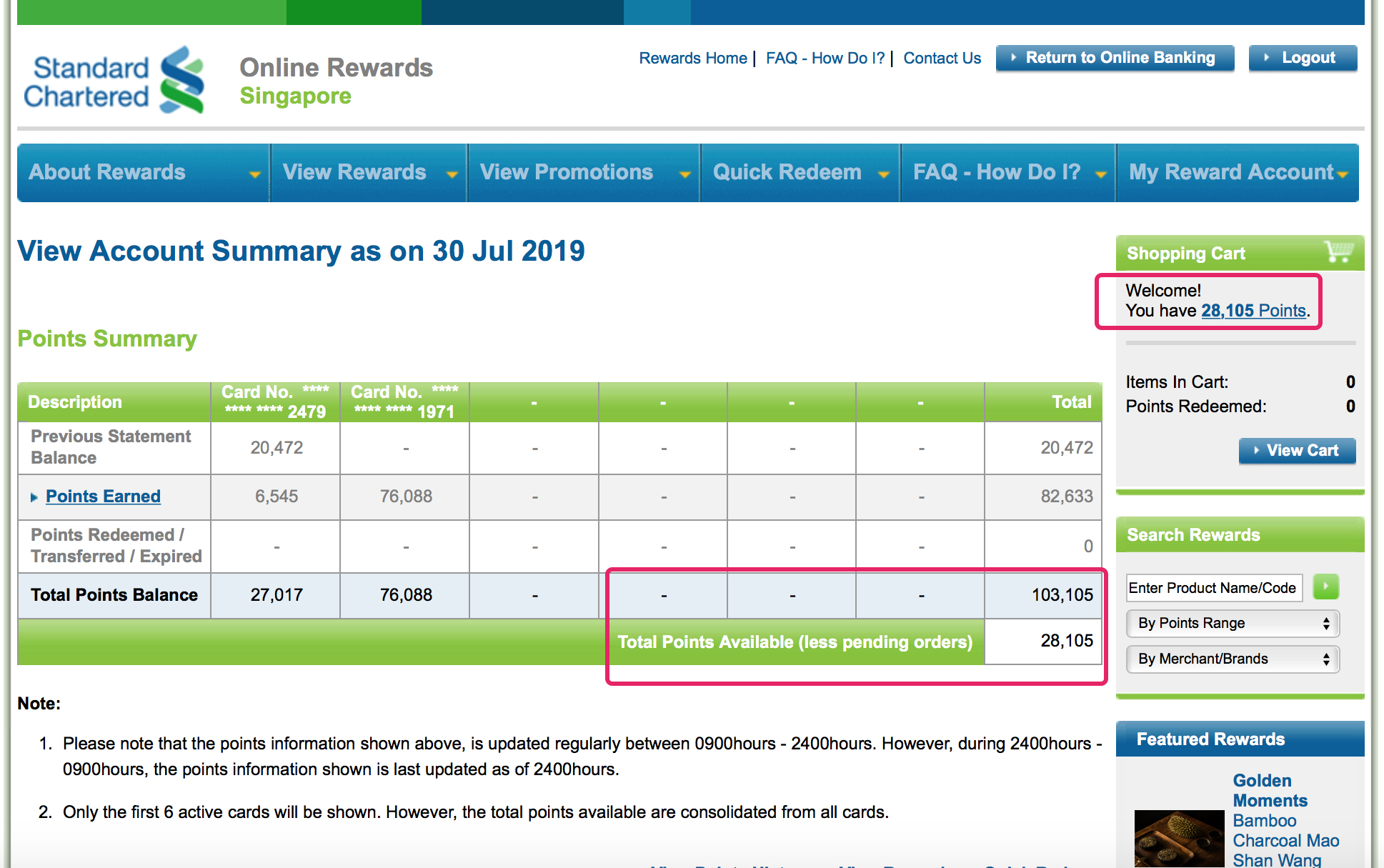 Once the reward is successfully processed, it then reveals which card account it took the points from, and indeed Standard Chartered were right to say the account with the highest balance (the X card) was used first.

For those slightly worried about the quoted “5 to 7 working days” transfer time from Standard Chartered points to KrisFlyer, I initiated this 30,000 miles transfer on Tuesday last week and they arrived in my account on Thursday. 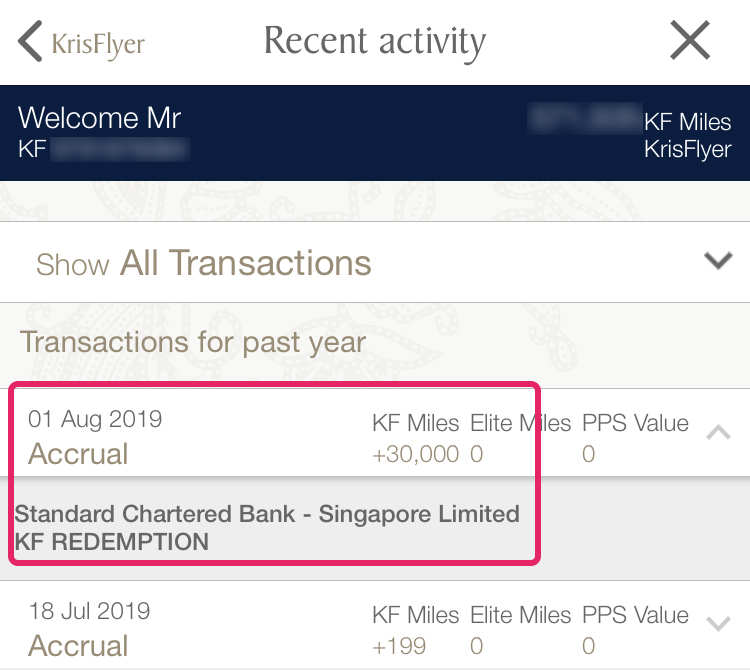 That’s a very acceptable two working day turnaround, a situation which has certainly improved as it almost always used to take almost exactly a week in the past (5 working days). It’s the second transfer I’ve made from SC to KF in 2019 and both took 2 days.

If you cancel a card, its points are gone

Under the terms and conditions of the 360o rewards programme if you terminate a credit card account that is eligible to earn these points, for example the X card, they will not be transferred to any other Standard Chartered credit card accounts you hold.

You’ll just forfeit them, so obviously you’ll want to transfer them into miles before doing this,

Like almost all of our readers you won’t want to be keeping the X card into its second year, so you’ll have to make sure you have transferred the reward points to KrisFlyer miles before you cancel the card and before the second year annual fee is due.

Some of our readers told us they have a large balance of reward points from their SCVI card, which they want to keep there for as long as possible since they don’t expire while they remain at the bank side.

Once these are moved into KrisFlyer the 3-year expiry clock starts ticking, a big downside for many people.

The problem is they want to receive the X card sign-up bonus, then transfer the miles and cancel the X card (certainly before paying the year 2 annual fee). To make this work they must transfer all the points out of the X card and into KrisFlyer.

Now you can probably see the issue – they can’t choose to have the points deducted from the X card into KrisFlyer, they will automatically come from the highest of the two balances, meaning the SCVI points will be depleted first, if that balance is higher.

There are only two ways around this:

Most of our readers will not be interested in option 2, since the transfer ratios to most of the additional frequent flyer programs are unattractive compared to KrisFlyer.

Can I transfer points from one card to another?

No, but you can transfer to a friend or family member’s 360o rewards account. For example if your partner holds an SCVI card and you have a large SCVI points balance of your own, you could transfer it to your partner’s account until the balance in your own account falls below your X card points balance.

That will then allow you to transfer your X card points into KrisFlyer before they expire, but retains your points balance either in your partner’s account, or they can then transfer them back to you.

Points transfers for Visa Infinite cardholders are free of charge.

Something of a quandary for those who’ve signed up for the X card or are thinking of doing so now for the sign-up bonus, but who also sit on a large stash of 360o rewards points from their SCVI card they would rather keep in a non-expiring account.

There are a few options but if you find yourself in this situation you’ll have to consider what to do before you cancel the X card, assuming they haven’t come out with an amazing offer to entice people to pay the year 2 annual fee and keep it.

In some cases you may also want to consider transferring your X card points to KrisFlyer if they become your highest balance in your rewards account, before returning to the SCVI card for general spending after the X card sign-up bonus is achieved, otherwise you may then ‘overtake’ the X card points balance later in the year.

In the worst case, you may have to move all your SCVI points and X card points in one go to KrisFlyer, but you can at least wait until just before the second year annual fee is due to do this, extending their validity for as long as possible.