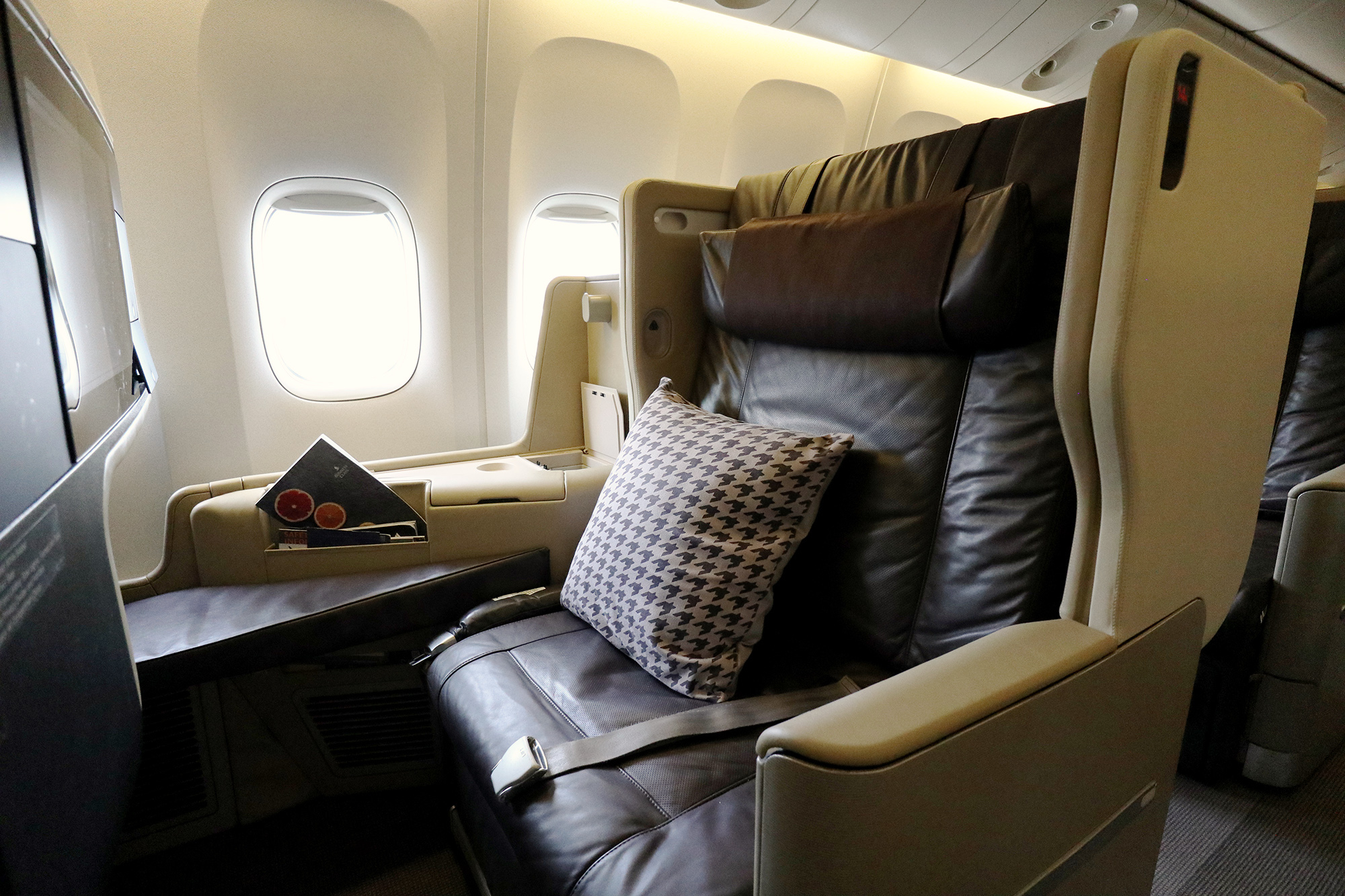 Here’s some good news for beach lovers who also like to fly in style. In a schedule update this morning Singapore Airlines confirmed that not only would it continue to operate one of SilkAir’s former morning rotations to and from Phuket each day through to March 2020, but that for three months a Boeing 777-200ER with flat-bed Business Class seats will be taking over.

Currently you’ll have to be flying on SQ992 from Singapore to Phuket or SQ993 from Phuket to Singapore to experience the Boeing 777-200 with 2009 Regional Business Class seats.

Comfortable for a short journey, and a big step up from SilkAir’s Business Class, but still nothing to shout about.

It’s a daily flight departing Singapore at 9.50am, with a return from Phuket departing at 11.45am. Note that on Saturdays and Sundays the flight operates a bit earlier in the morning, but has the same flight numbers.

The service continues to operate this way until 26th October 2019, the end of the northern summer schedule.

From 27th October 2019 the northern winter season schedules kick in and that’s the day this flight upgrades to the Boeing 777-200ER, with the much more spacious, all aisle access, flat-bed 2006 Business Class.

That’s a stark change for the route, which a little over two months ago had only had a recliner Business Class option on a SilkAir plane.

The good news is that this 777-200ER aircraft allocation is fixed in the schedule for three full months until 31st January 2020, covering most of the peak travel season (and the dry season) in Phuket. Here’s how the schedule looks for SilkAir and Singapore Airlines flights.

The outbound timing is quite civilised, leaving Singapore at 9.50am and getting you into Phuket at 10.45am. For the return leg an 11.45am departure may be a little early for those taking a day of annual leave and wanting to maximise their trip. It gets you back into Changi at 2.45pm.

From 1st February 2020 until 28th March 2020, the end of the winter season, the schedule remains the same but the aircraft type reverts to the 777-200 with 2009 Regional Business Class seats.

Apart from SilkAir and Singapore Airlines, other carriers operating between Singapore and Phuket this northern winter season include:

Singapore Airlines is deploying one of its five Boeing 777-200ER aircraft to operate this flight for the initial three months of the winter season, which means the popular (if a little dated) 2006 long-haul product will be installed in Business Class.

Here are a few facts about the seat.

This seat converts into a fully flat bed, unlikely to be all that useful on a short morning flight to or from Phuket, but still a nice option to have.

Privacy is good with direct aisle access for all passengers. Those flying alone will want to pick one of the A or K seats, while couples will appreciate the more sociable D/F middle pairs. 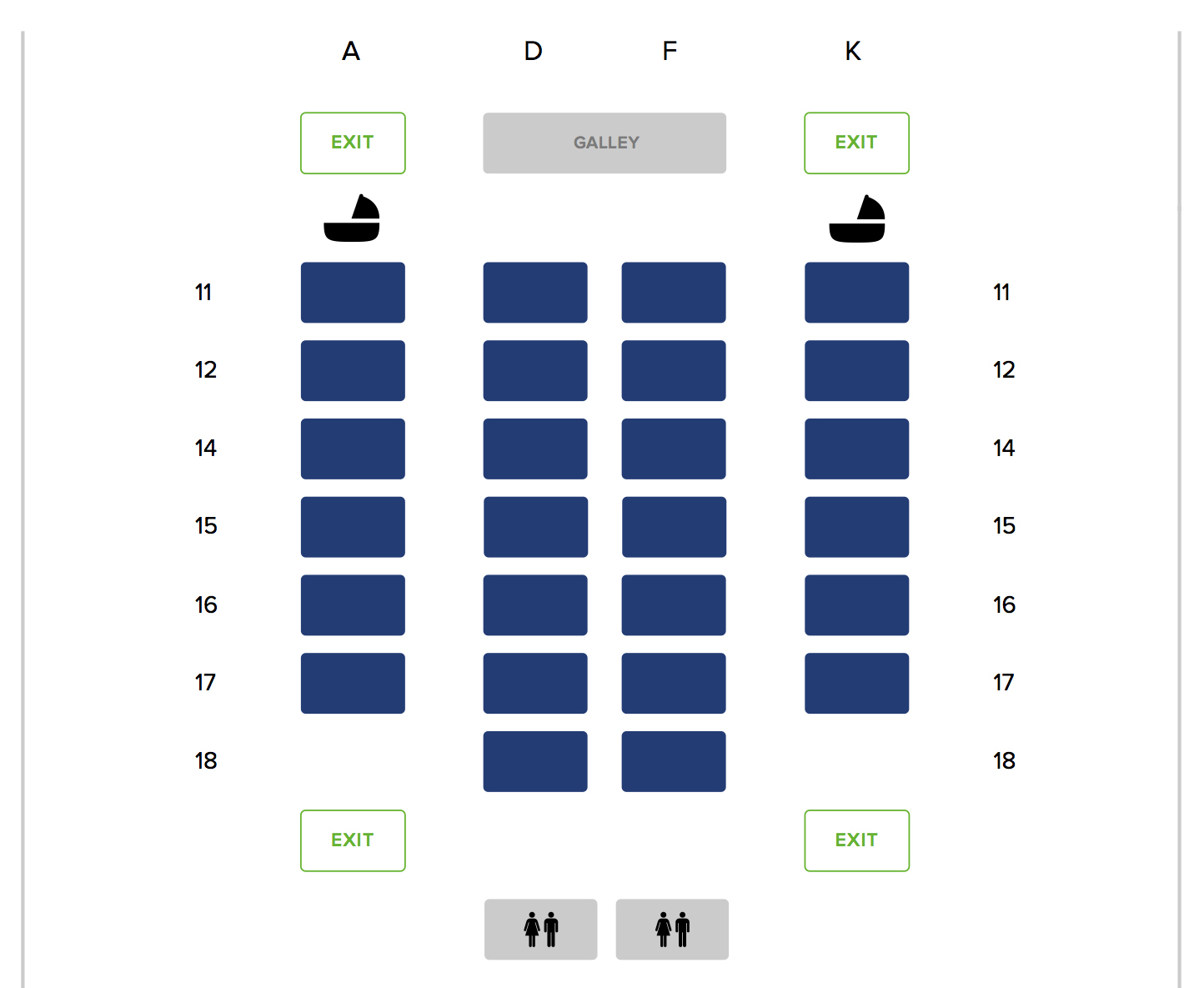 Row 11 has extra legroom, reserved for advance selection only by PPS Club members until 96 hours (4 days) prior to departure. After that, it’s available for all to pick on a first-come, first-served basis.

Seats 17A and 17K are missing a window (not mentioned on SIA’s seat map), so might be worth avoiding.

As we mentioned when this flight was first announced, until recently Singapore Airlines hasn’t served the Phuket market with its own aircraft since the 1990s. A short hop leisure route, it’s a perfect fit for high frequency operations using SilkAir’s narrow-body aircraft and Scoot A320s.

This swap comes about due to the continued grounding of SilkAir’s 737 MAX 8 aircraft, still awaiting recertification, leaving the airline short of capacity.

Other routes on the network have seen SIA stepping in to assist SilkAir, including flights to and from Brunei, Yangon and Kuala Lumpur.

It’s not yet known when the MAX issues will be resolved, though it’s looking unlikely that it will be anytime before early 2020 until the airline can reintroduce the type.

Here’s a reminder of the KrisFlyer rates you’ll pay on the Phuket route, regardless of whether you fly with SilkAir or on the Singapore Airlines flight.

Note that Phuket is one of those routes where a saver Business Class award is cheaper than an Advantage Economy Class one.

When we first checked Business Class award space on the SQ992/993 flights operated by the 777-200 we found at least six saver awards each day, as you would probably expect with a 38-seat cabin instead of 12 on board the SilkAir aircraft it replaced.

Nonetheless we found at least 4 award seats almost every day in the first week of 777-200ER operation on this route, in both directions.

Better still, the increased capacity has meant both SQ992 and SQ993 have come up on the regular Spontaneous Escapes deal over the last two months, with offers for August and September in Business Class and Economy Class for 30% less miles than usual.

Let’s hope this situation is repeated over the next three or four Spontaneous Escapes offers, giving you the 2006 Business Class seat on this route for 15,050 miles or an Economy Class option for 8,750 miles.

Singapore Airlines is not offering this daily flight for redemption by members of other Star Alliance frequent flyer programmes at this stage, either in Economy or Business Class, probably due to its temporary nature.

You’ll therefore have to use KrisFlyer miles if you want to redeem.

Eventually Phuket was set to get flat-bed Business Class seats, as all SilkAir routes will, since their aircraft will get the Thompson Vantage seat in due course prior to the full merger with Singapore Airlines.

That’s supposed to start happening in May next year, though that timescale now seems very optimistic given the continued issues with the 737 MAX aircraft family.

Now Phuket gets a completely different kind of flat-bed seat in the form of the 2006 Business Class for three full months this coming winter season. Another healthy boost to KrisFlyer award availability on the Phuket route also comes just in time for the high season in Thailand.

Remember Star Alliance Gold passengers flying in Economy Class will also benefit from lounge access when flying on the daily Singapore Airlines service on this route, so it’s worth picking if the timing suits you.

As always, our Business Class Seats by Route page has been fully updated today to reflect this new service. You can see exactly where the airline is flying its fleet by aircraft type and all-important Business Class seat type there.