Skip to content
The two iconic flip board flight displays in the check-in hall at Singapore Changi Airport Terminal 2 are set to be retired, as work starts on a five-year renovation of the facility 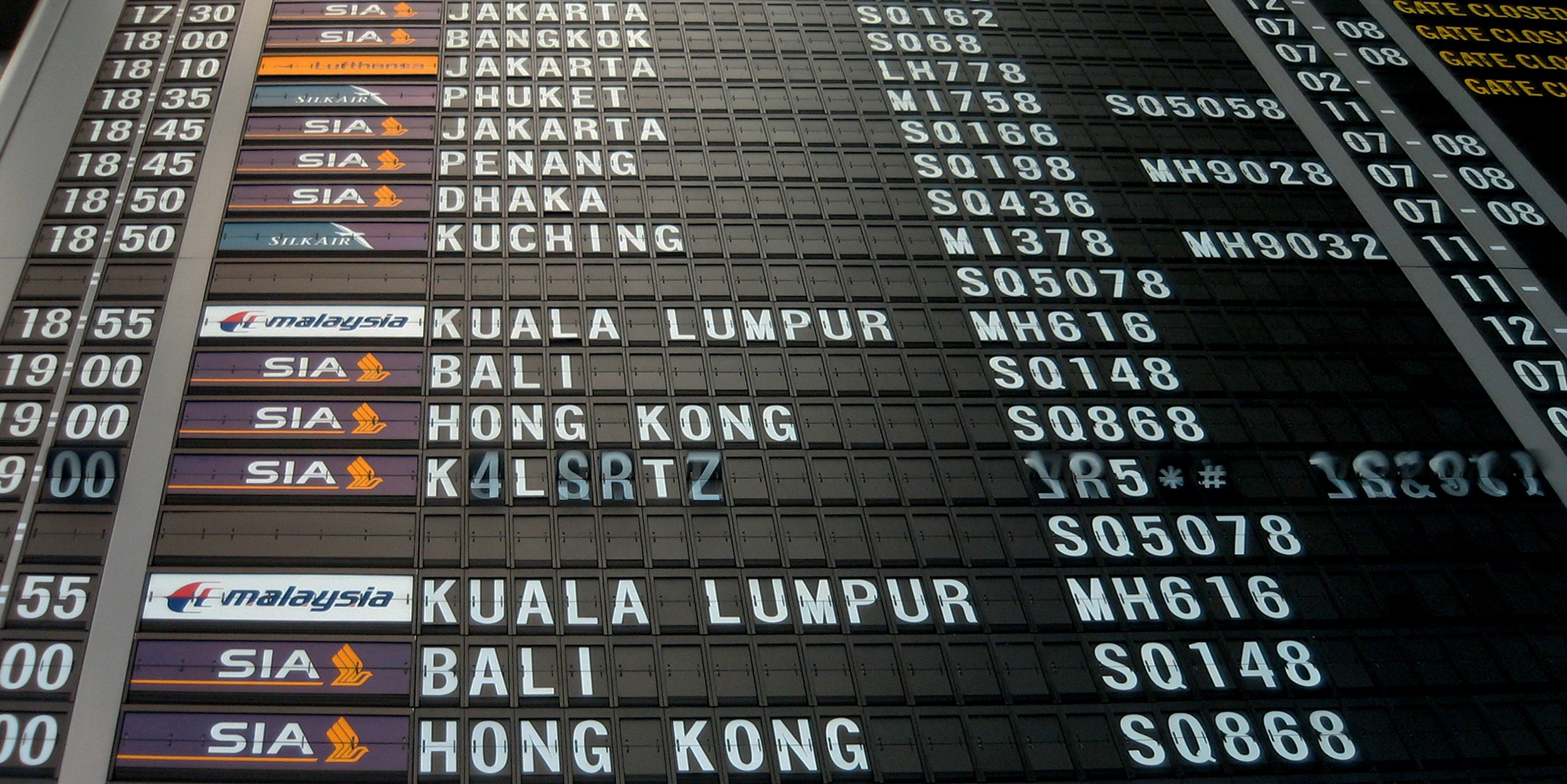 Nostalgic fans of Singapore Changi Airport’s history will be sad to learn that the two giant flip board flight information displays in the Terminal 2 check-in hall will not be incorporated in the facility’s revamp, with the first of them coming down in February 2020 as part of the renovation work.

The flip board displays

These two flip board displays, also known as split-flap displays or ‘Solari boards’ after Italian display manufacturer Solari di Udine, are the only two remaining at Changi Airport and have been a feature of the Terminal 2 check-in hall since 1999.

“The two flight information display flip boards will be retired, with the one between Check-in Rows 9 and 10 to be decommissioned next month.” Changi Airport Group

That means the other flip board display located between Rows 3 and 4, closer to the Singapore Airlines check-in desks, will survive for now, but ultimately will also be decommissioned.

Changi Airport Group (CAG) did not mention a timescale for the final display’s removal, though it will definitely be gone by 2024 when the Terminal 2 renovation project is scheduled to be completed.

We might not have seen the last of them

CAG told Channel News Asia that it intends to ‘repurpose’ the flight information display boards, but did not provide further details.

Given their size, the complexity of the mechanism and the increasing difficulty CAG has in sourcing replacement parts, it’s unlikely any ‘repurposed’ sections would be maintained in working condition, though it’s not impossible.

Those who’ve been to the Qantas First lounges in Sydney (see our review) and Melbourne will be familiar with the flip board flight information displays installed at both facilities, included in the design “to remind visitors of bygone days of travel”.

It will be interesting to see how and where Changi intends to feature its own disused flip boards in future.

Since renovations in Terminal 1 concluded in 2019, also coinciding with the opening of the Jewel complex, Terminal 2 became Changi’s most in need of a makeover.

The last ‘top to tail’ upgrade of the facility was completed over 13 years ago, in September 2006.

T2 upgrading works will commence in February 2020, just after the Chinese New Year holiday. It’s a section-by-section revamp including:

A significant 15,500 square metres will be added to the terminal’s floor space, and once completed the project will boost Changi’s annual passenger capacity by a further 5 million to 90 million.

This expansion will see Terminal 2 become the largest at the airport, securing the Changi’s passenger capacity through to the opening of Terminal 5 in the early 2030s.

What else is promised?

The general design concept includes more greenery with overhanging plants and green walls set against what CAG describes as “a new colour palette of earthy tones”.

A 20% increase in passenger capacity means a 20% increase in what the existing check-in hall can manage, so expect more automated check-in kiosks, biometric-enabled bag-drops and automated immigration gates in line with the sort of features currently found in both Terminal 1 and Terminal 4.

The existing pair of immigration gate zones from the check-in hall to the transit area will also have a new layout to support increased passenger throughput.

At the north end of the immigration hall, alongside T2’s link bridge to and from Jewel in the public area, there will be a new duplex F&B concept.

On the transit side, expect more retail and F&B space, including a “garden dining experience” in the food street area, with hanging plants and soft lighting.

On the arrivals side, the immigration halls will be expanded and as with the departure immigration area, additional automation will also play a part here.

Two new baggage belts will be installed in the reclaim area, with some others lengthened to support additional passengers at peak times, for a total of 10 collection belts in the revamped terminal.

Finally the meet and greet area will include a garden-themed lounge.

For full details, see the press release from CAG.

Since Singapore Airlines announced a revamp of its Terminal 3 lounges last year, with the project running until mid-2021, the focus for many of our readers is when the airline will turn its attention to the same work at its ageing Terminal 2 facilities.

While nothing has been officially announced, the T2 revamp finishing up in 2024 is the ideal timing for the airline to undertake this work, once the T3 lounge renovation project has concluded in mid-2021.

The lounges certainly can’t remain in their current state for a further 10+ years until Terminal 5 is ready, so coinciding with the back end of the T2 upgrade works looks very likely.

That would put the T2 SilverKris lounges and KrisFlyer Gold lounge revamps somewhere in the late 2021 to 2024 timeframe, so those hoping for a quicker upgrade than that probably shouldn’t hold their breath!

Terminal 2 at Changi Airport is the most in need of a refresh, having not had a major overhaul for 13 years, and these artist’s impressions of the facility once work is completed in 2024 look like a significant improvement. 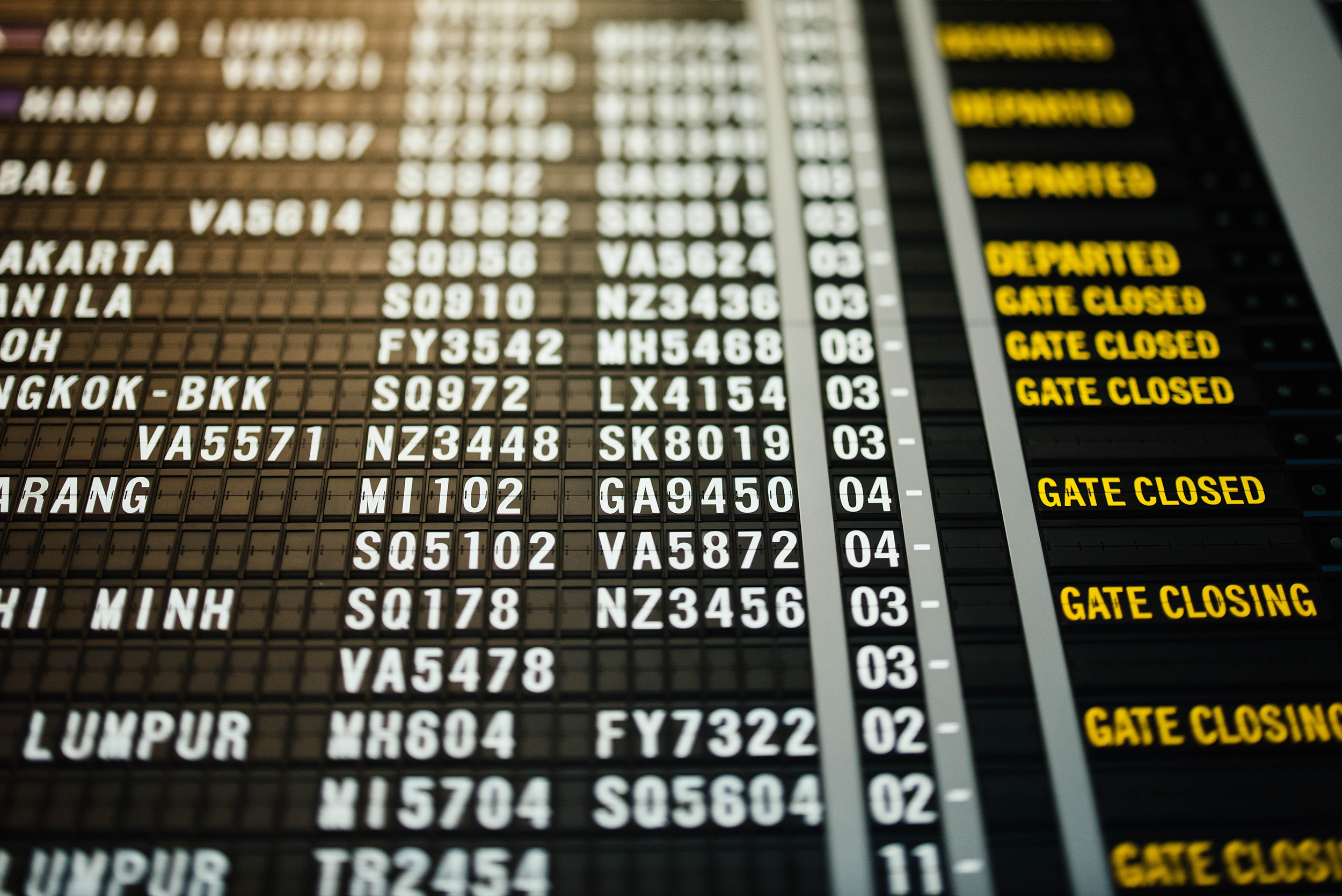 A replacement of the iconic flip board flight information displays in the check-in hall is a shame – they were the inspiration for the Mainly Miles logo for one thing – however it is not surprising given the costly maintenance and increasing difficulty to secure parts for the system that CAG has to come to this decision.

We are excited to see some of the terminal enhancements as they open progressively during the next few years, but even more so regarding the still unannounced lounge plans for Singapore Airlines’ dated facilities in T2, which will almost inevitably start going under the knife in the next couple of years.