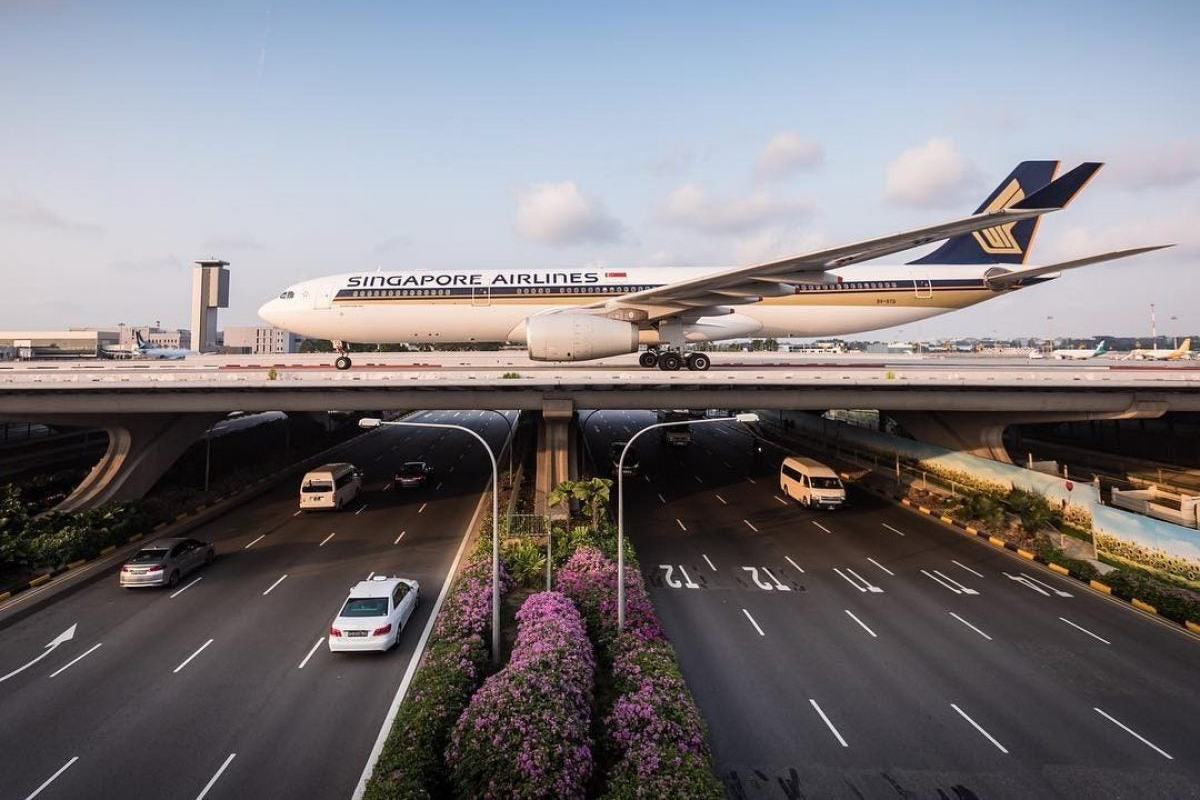 As the effects of the COVID-19 outbreak began to take hold, new figures from Singapore Airlines and Changi Airport Group highlighting their operating statistics for March 2020 showed a marked drop in passenger levels, with freight throughput at Changi also down by a fifth.

This came as strict travel restrictions were imposed by almost all countries in the region, leading many airlines no choice but to cancel their flights as demand practically evaporated.

In its trading update on 15th April 2020, Singapore Airlines wasn’t sugar-coating the situation.

“In the fourth quarter of the financial year 2019-20, the SIA Group confronted the greatest challenge in its history due to the global Covid-19 outbreak, which had an unprecedented impact on its business…

“The collapse in passenger traffic has had a severe impact on the SIA Group’s revenues.” Singapore Airlines

As far as cargo is concerned, Singapore Airlines measures all freight carried on its aircraft when it publishes monthly statistics, without separating out the totals carried on its dedicated fleet of seven Boeing 747 freighter aircraft.

“On the cargo front, demand has held up and our freighter aircraft operate as planned. The reduction in passenger operations has, however, significantly reduced overall cargo capacity. As a result, SIA has also been selectively deploying passenger aircraft on cargo-only flights to meet the demand from global supply chains.” Singapore Airlines

75% of cargo carried by SIA each year travels in the underfloor holds of its passenger aircraft, which have been progressively withdrawn from many routes particularly from late March 2020.

On a separate note, Singapore Airlines used its March operating statistics release this week to include a trading update, warning of “substantial” fuel hedging losses. There have already been reports of the airline’s extensive jet fuel hedging programme, which will be exacerbated while oil prices remain low.

“In addition, the scale of the flight cuts means that the SIA Group is now in an over-hedged position with respect to fuel consumption. Surplus hedges will need to be marked to market as at 31 March 2020, a date on which the Brent oil price was close to its 10-year low, and are expected to generate substantial losses.” Singapore Airlines

The airline has also suffered fuel hedging losses for the last five consecutive quarterly periods, paying more for its hedged fuel than the market rate for well over a year.

These are likely to pale into insignificance compared to the financial year 2020/21 figures, assuming oil prices continue to be low.

It remains to be seen if the impact will eclipse Cathay Pacific’s horrific fuel hedging loss of HK$8.46bn (S$1.58bn) in 2016, the primary reason for the Hong Kong carrier’s significant financial deficit that year.

This morning Changi Airport released its March 2020 operating statistics, which bear a similar tone to SIA’s message earlier in the week.

The airport operator went on to add that a significant fall was recorded in the last seven days of the month, when government policy moved to prohibit short-term visitors from entering or transiting through Singapore.

From 25th March 2020 to 31st March 2020, passenger totals at Changi were down by 98% compared with the same period in 2019, an almost complete collapse in passenger activity, while takeoffs and landings were down by 87%.

This is likely a primer for what to expect in next month’s statistics for April 2020, where it will be interesting to see whether the airport even records 100,000 passenger movements. The same number were passing through Paya Lebar Airport each month in 1973.

According to flightradar24 data, there were only 70 flight departures from Changi on 1st April 2020, compared with 511 departures on 3rd April 2019, a comparable Wednesday the previous year. During the quiet lunchtime period from 11am to 4pm that day, only 5 aircraft departed (there are usually around 120 departures during this window).

Overall it’s close to the 87% reduction quoted by CAG, and possibly one of the lowest daily totals ever recorded at the airport.

In other Changi news, Terminal 4 looks set to be temporarily shuttered, as it handled its last passenger flight, an Air Asia X service to Kuala Lumpur, on Monday 13th April. Major tenant Cathay Pacific closed its lounge there on 31st March and operated its last departing passenger service from the terminal on Thursday 9th April, before shifting to T1.

In more positive news CAG reported that new freighter services have been established by:

Unfortunately because CAG also measures cargo throughput at the airport inclusive of all passenger aircraft belly-hold freight, a total drop of 149,000 tonnes (19.1%) was recorded in March 2020 compared to the same month the previous year.

As increased global travel restrictions progressively came into force during March 2020, passenger traffic at Changi Airport steadily reduced as airlines were forced to cut services, in some cases entirely grounding their fleet.

There is a significant possibility that Changi will record fewer than 100,000 passengers in April 2020, less than it was handling when it first took over from Paya Lebar Airport as the country’s new civil airport in 1981.