Skip to content
We may see United's 'New' Polaris Business Class in Singapore sooner than we thought, as the airline seeks to resurrect its fifth-freedom Hong Kong service 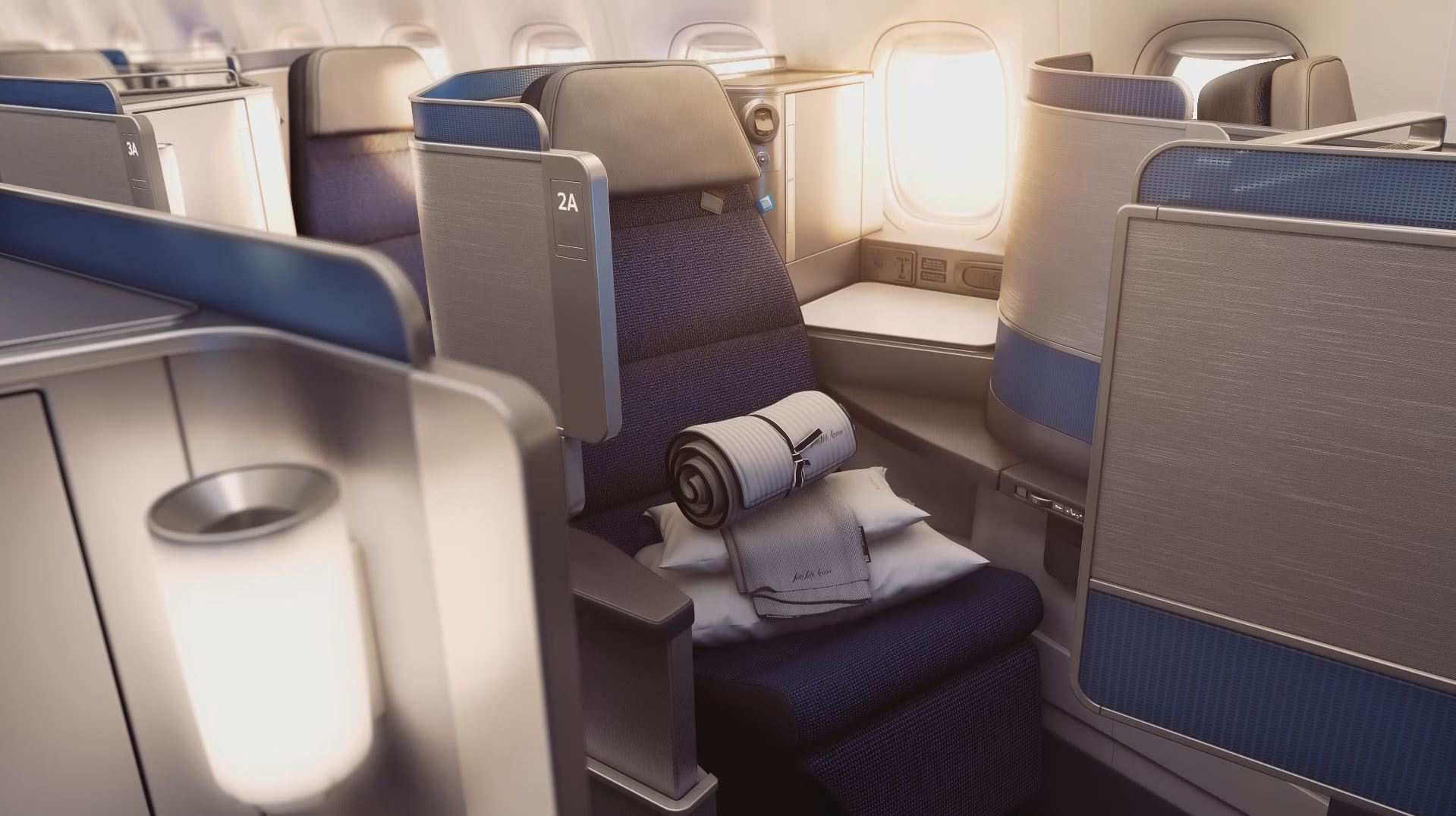 It’s probably no surprise to anyone that United’s non-stop Boeing 787-9 flights from Singapore to San Francisco aren’t currently operating. Indeed the twice-daily service (UA2/UA28) was suspended on 9th March 2020, with single daily services (UA2 only) continuing until 25th March 2020.

Currently GDS reflects resumption of the UA2 service from 8th July 2020, though United is not sufficiently optimistic about traffic levels to return to twice-daily operation so quickly, with UA28 not rejoining the fold until 25th October 2020 at this stage.

Note: Once United services do restart at Changi, they will operate from Terminal 3.

A familiar route may be revived

The airline has stated that it wishes to start the route as early as this Sunday (10th May 2020), initially for cargo-only operations using its Boeing 777-300ER aircraft.

“United seeks allocation of fifth freedom frequencies on an unlimited basis and, should United cease the service, it will promptly return the frequencies to the pool for reallocation.” United’s filing with the DOT

Whilst the intention at this stage is certainly for a cargo-only operation, not surprising given the current climate for passenger demand, United is also leaving the door open to retain this routing and its approvals for passenger operation, subject to sufficient demand as COVID-19 subsides.

“Depending upon the rebound in passenger traffic, United may commence passenger service at a future date.” United’s filing with the DOT

This would include fifth-freedom passenger traffic rights on the Singapore – Hong Kong flights, once granted.

These flights were a popular option until they ended in late 2017, offering morning arrival in Hong Kong and late evening departure back to Singapore each day, conducive to maximising a short break.

While passengers will not be able to book these flights initially, assuming they are even approved, one major benefit of United’s Boeing 777-300ERs is that they are all equipped with the airline’s latest Polaris Business Class seats.

As we mentioned in early 2019, United is planning to refit its new Polaris Business Class seats to its entire Boeing 787 fleet by the end of 2020, inevitably bringing the product to the Singapore route even on non-stop Boeing 787-9 services, though the timetable for this refit is now uncertain.

If the airline later chooses to provide passenger service on this revived fifth-freedom route (and that’s still a big if), these seats could become an option from Singapore to both Hong Kong and a US destination (via Hong Kong) in the coming months.

While United last served this routing as a Chicago – Hong Kong – Singapore one, the airline has not stated which US city it plans to link upon resumption of these cargo-only flights.

If the application does receive approval and San Francisco is chosen as the US link city, that may be a good indication that United sees this as a way to progressively restart passenger services to Singapore post-COVID-19, rather than through its operationally expensive non-stop services, which would almost inevitably be loss making at least to begin with.

While air freight demand remains high due to a lack of capacity on passenger aircraft, the cargo-capable Boeing 777-300ER may also help the airline bridge the commercial viability gap on these flights.

There’s a lot of fuss around United’s new Polaris Business Class seat, as it represents a significant shift change in terms of privacy over the carrier’s older products, affording all passengers direct aisle access.

The seat itself is the Acumen / Zodiac (now Safran) Optima product, with a 1-2-1 configuration. Seats alternate at each row between being directly forward-facing and angled towards the aisle.

Couple options are available at alternate middle pairs, though of course large privacy dividers mean you don’t need to be too concerned where you’re sitting even when travelling alone.

In addition to eventual rollout across the majority of United’s wide-body aircraft, the product has recently been chosen for Air France’s Airbus A350s.

Assuming United does eventually upgrade this service to passenger operation, which is by no means certain at this stage, here are the miles rates for a one-way Business Class award ticket and how they compare to flying with Singapore Airlines or Cathay Pacific on the same route.