Skip to content
More of Emirates' latest First Class Suites will ply the Singapore - Dubai route for the next two months, with plenty of award seats on offer this time 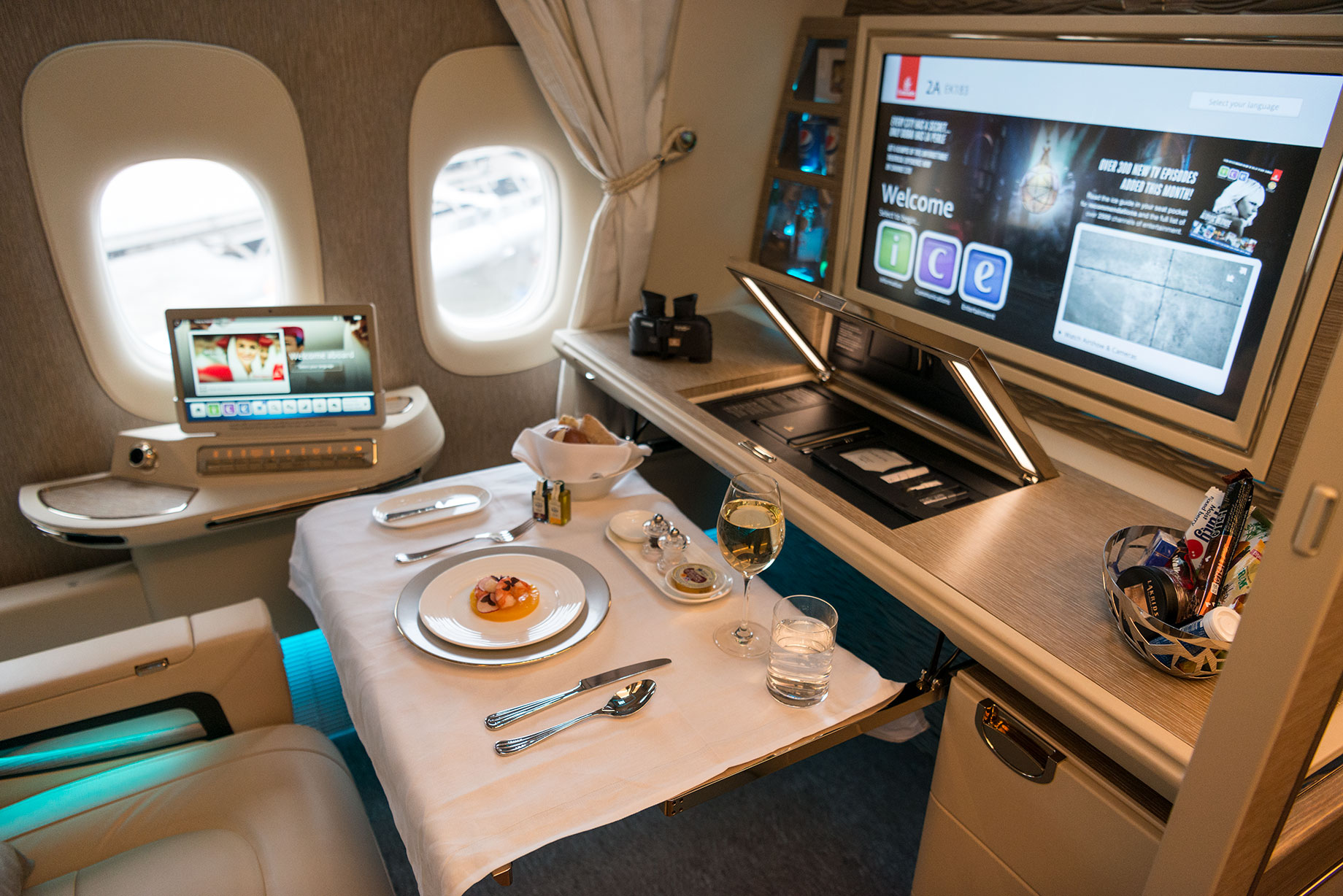 Unless you’ve been living under a rock for the last two years, you’ll no doubt have seen or heard of Emirates’ newest First Class product – the world’s first fully enclosed Suite installed on a passenger aircraft, measuring a generous 40 square feet.

With separate climate control, virtual windows in the middle seats, a video room service function and a luxury finish inspired by Mercedes-Benz, it’s one of the most sought-after experiences among luxury travel enthusiasts.

You’re probably also aware that this is still a relatively rare product. Only the airline’s nine newest Boeing 777-300ERs have it installed, less than 4% of the total fleet and 6% of the 777 fleet.

There’s still no sign of a retrofit programme in place, and though there were plans for 11 of these Suites to make their way onto the upper decks of the carrier’s Airbus A380s from 2020, replacing the current arrangement of 14 older Suites, it now looks unlikely that will happen.

The new Suites are flying to Singapore

Back in early June when Emirates announced it was returning to Singapore two weeks earlier than planned, we noticed that the airline was sending its newest Boeing 777-300ERs to the Lion City with these brand new First Class Suites installed for the last two weeks of June.

Better still, the airline then extended the use of the new product between Singapore and Dubai all the way through the month of July 2020, increasing services to twice daily.

Today the airline has loaded its August schedule update and it’s a pair of Boeing 777-300ERs each day continuing to serve the Singapore – Dubai route throughout the month, with 12 of these 14 weekly services featuring the new First Class Suites.

Obviously we’re hoping this becomes a more permanent arrangement, and that rather than returning to Airbus A380 flights from September 2020 the Gulf carrier will hopefully keep these new Boeing 777s on the route instead.

Such a move will hopefully give our readers the opportunity to experience this excellent new product as travel restrictions are potentially relaxed in the months ahead.

Here’s how Emirates flights between Singapore and Dubai are scheduled during July and August 2020 using Boeing 777-300ER aircraft.

We’ve indicated which flights have the new First Class Suites operating as follows:

In August 2020 twice daily service continues, though you need to be careful as two flights per week in each direction revert to aircraft with the older First Class Suites.

Provisionally once again from September 2020 these flights are scheduled on the Airbus A380, though that was the original plan for both July and August 2020, so we expect further changes to be announced next month.

For the few of you travelling at the moment regardless of international travel restrictions across many destinations, and potentially against Singapore government advice, there’s some good news.

Emirates is now loading up to two award seats in First Class on its flights between Singapore and Dubai through July and August 2020.

Fun fact: Emirates used to restrict award space in its latest First Class Suites until around 3 days prior to departure, when up to two seats would then sometimes be offered to Skywards members, subject to availability. That is no longer the case, with Emirates now loading new First Class awards weeks and months ahead in some cases. There are plenty of dates next year on Dubai – London for example.

Here’s how award space looks in July 2020 from Singapore to Dubai, with availability showing on 16 dates.

The first two weeks of August have award space loaded every day, though it then disappears from 15th August onwards. Do be careful to avoid Monday and Saturday EK353 flights as these are planned with the old First Class during that month.

Finally here is how it looks from Dubai to Singapore.

Remember in August 2020 to avoid EK352 on Fridays and Sundays, since these are planned with the old First Class.

While the dates shown above reflect availability for at least one First Class seat, we noticed that on several dates there are two award seats available.

Emirates significantly cut its fuel surcharge recently, making the cash component paid on top of your miles far less. On some routes, like Singapore to Melbourne, the fuel surcharge has been completely removed.

If you’re booking a round-trip award using Skywards miles, you’ll pay the cheaper Saver rate in Business Class or the Flex rate in First Class if there is availability, otherwise you’ll pay the more expensive rates for one or both of the sectors.

There must be availability in the Saver award bucket in Business Class or the Flex bucket in First Class for award space to be available through partner airlines, like Qantas.