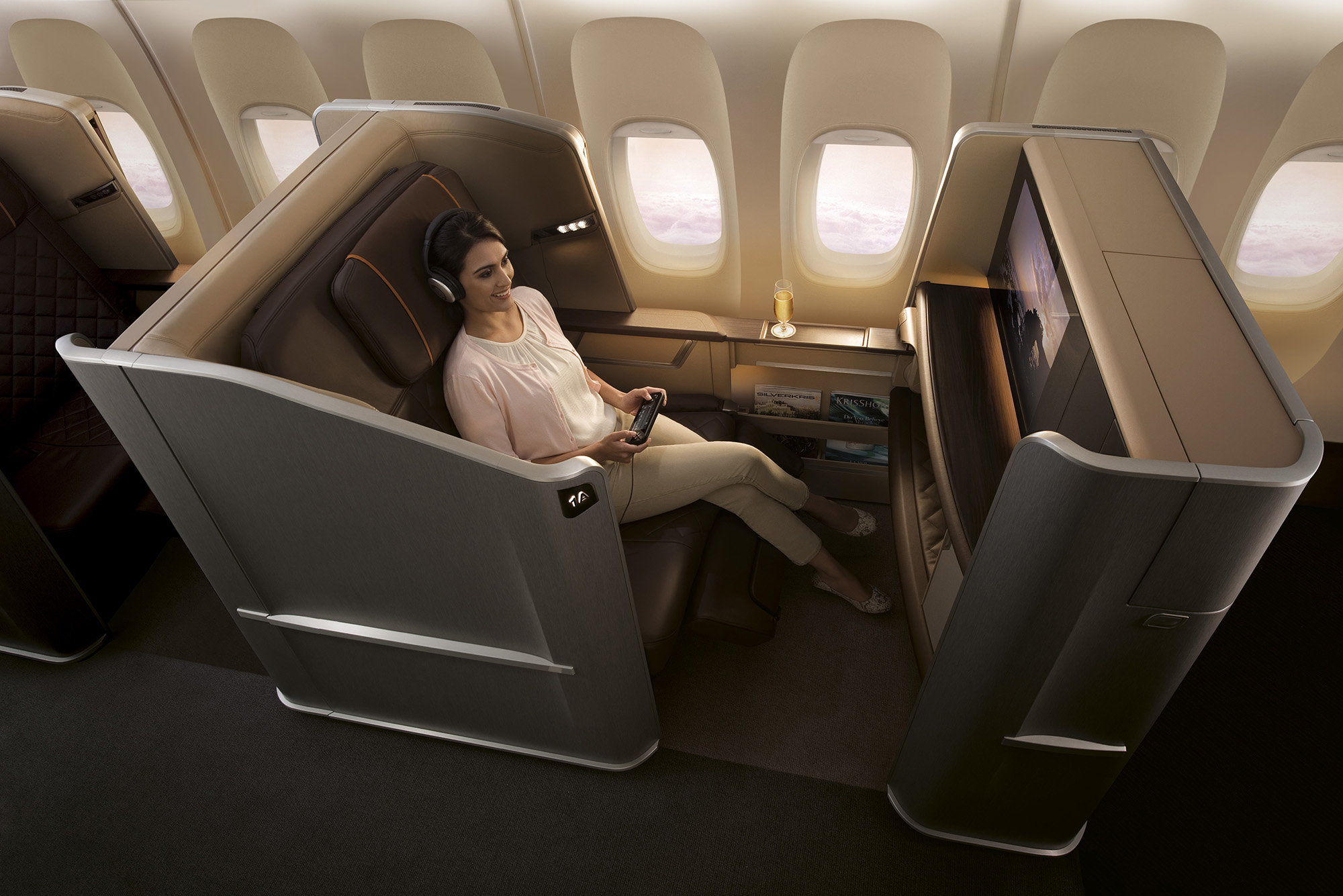 Last week Singapore Airlines published its Annual Report for the financial year 2019/20. Given that the financial results are always announced months earlier, there are typically few surprises or new headlines associated with this regular announcement.

One aspect the airline has been gradually releasing more information about over the years however is its frequent flyer programme – KrisFlyer. 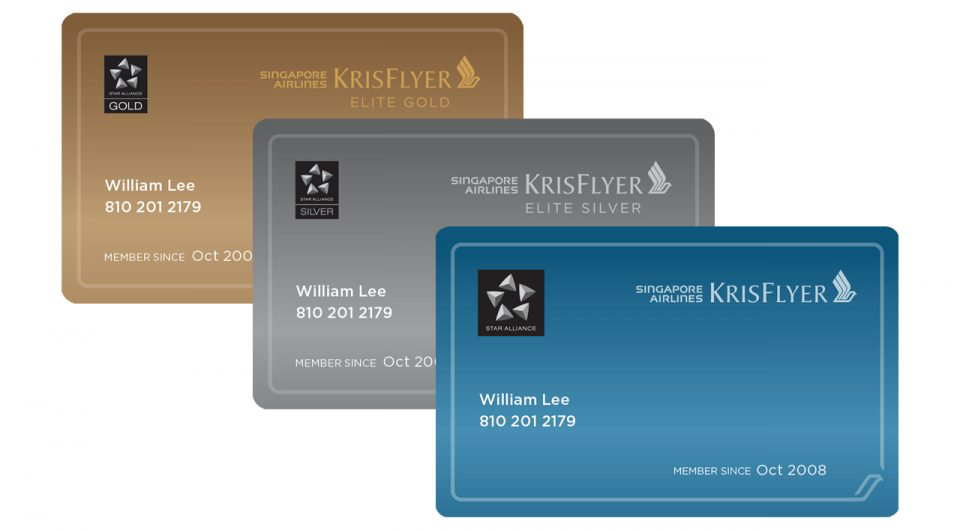 Singapore Airlines is on a clear drive to increase KrisFlyer membership, with 4.6 million customers worldwide now signed up to the programme, a 50% increase in three years.

How many miles are redeemed?

Singapore Airlines has only been sharing the headline figure of KrisFlyer miles redeemed by its members for the last two financial years.

Redemption in the most recent financial year fell slightly due to the effects of the COVID-19 outbreak, especially during February and March 2020.

Note that this includes miles redeemed for both flight and non-flight redemptions.

What are members redeeming for?

SIA doesn’t reveal the proportion of miles redeemed for its various flight and non-flight options (that would be very interesting to know!).

Instead they present information on how redemptions in certain categories have changed compared to the previous year.

“On Singapore Airlines and SilkAir flights, redemption grew steadily between April 2019 and January 2020, and was on track for a 12 per cent year-on-year growth until the Covid-19 outbreak. Redemptions significantly reduced in February and March 2020, resulting in a 4 per cent drop year-on-year.”

SIA does not state what proportion of miles redeemed for Singapore Airlines and SilkAir flights are pure redemptions, upgrade awards or part-pay with miles.

“Scoot flight redemptions registered steady growth until January 2020 and [were] on track for [a] 23 per cent increase year-on-year. However, the Covid-19 outbreak severely dampened growth in the last two months of the year, resulting in an eventual increase of 6 per cent.”

Interestingly Scoot redemptions using KrisFlyer miles had already doubled in the previous financial year (FY18/19), though we regard it as an almost complete waste to use them this way.

“Non-airline redemptions, including those on KrisShop, KrisFlyer vRooms, and via the KrisPay app, also registered strong growth of 22 per cent year-on-year. KrisShop redemptions were up 32 per cent.”

As you can see the biggest growth for KrisFlyer miles redemptions has been on the poorest value (cashback) options:

This is good news for Singapore Airlines – the more people who redeem miles for these low value cashback options, the less the future liability of unused KrisFlyer miles is.

As most of our readers know, we don’t recommend using KrisFlyer miles for these non-flight options, though some of them allow you to earn additional miles, which is great provided you’re getting a good deal.

Even if your KrisFlyer miles are expiring, which they shouldn’t be any time soon given the recent extensions granted, there are potentially better ways to get some value from them than the options above, as we outlined in our recently updated analysis here.

How much revenue does it generate?

Singapore Airlines does not usually reveal the revenue generated by its KrisFlyer programme, however CEO Goh Choon Phong revealed at an analyst briefing in November 2019 that this was in excess of S$700 million for the financial year ended 31st March 2019.

“KrisFlyer has contributed significantly to our revenue. This is a number we have not previously shared; which is that in the year just ended [financial year 18/19], the KrisFlyer revenue to the Group was in excess of $700 million.”

Goh went on to say that the Group has “stepped up efforts” to increase revenue from the programme, adding that the quoted figure for FY18/19 was around 18% higher than the previous year, with a similar percentage growth witnessed for the first half of FY19/20.

This year’s revenue figure hasn’t been shared but it was no doubt impacted by the COVID-19 pandemic in the fourth quarter.

Singapore Airlines similarly doesn’t reveal its profit from the KrisFlyer programme, though it should be reasonably in line with comparable schemes like British Airways Avios (21% margin – 2019), Qantas Frequent Flyer (23% margin – 2019) and United MileagePlus (34% margin – 2019).

KrisFlyer should therefore be contributing at least S$140 million to the bottom line each year, despite this being an estimate as the figure is not publicly shared.

A significant revenue generator is KrisShop, contributing approximately S$60m in sales in FY19/20, a 30% annual increase.

“We no longer look at KrisShop as just a channel for us to sell commodities, goods on board the plane.

“We are developing KrisShop into an omni-channel e-commerce retailer, which means that you are no longer limited to sales made on board.

“We have made very good progress, I would say, in terms of developing KrisShop along this line.

“In fact, we expect that [by] the end of the financial year, KrisShop will be able to yield a revenue in excess of $60 million for the Group. What is the significance of this $60 million? $60 million represents an almost 30% increase in revenue relative to what KrisShop or its equivalent business used to generate the year before.”

The group injected S$2.3 million of fresh equity into KrisShop during FY19/20, while retaining its 70% shareholding.

Revenue per member is an important benchmark for a loyalty programme, with the Singapore Airlines CEO clearly proud of the company’s performance on this metric.

“…what is also very important is the quality of [members] in the KrisFlyer programme. You can do your arithmetic on the revenue generated per member, and you can compare it against other carriers in the industry and get the conclusion on your own. We will continue these efforts, both to increase the revenue and to acquire more members.”

We did the arithmetic and KrisFlyer’s annual revenue per member in 2019 was indeed impressive compared to some other programmes:

Unused KrisFlyer miles are listed as a liability on the airline’s balance sheet, based on historical trends of breakage (members letting their miles expire without using them), which is then used to project the expected utilisation over the next three years.

This is listed as a ‘carrying amount’ and has fallen between around S$550 million and S$710 million over the last five years.

This year the liability is at a historically high level, probably because more unredeemed miles began to accumulate as the airline’s flight volumes plummeted towards the end of March 2020.

“With KrisFlyer turning 21 in February 2020, various campaigns and promotions will be rolled out throughout the year to celebrate this special milestone with members, as well as to reward them for their loyalty. Exciting initiatives are in the pipeline, further underscoring KrisFlyer’s ambition to become a leading reward and lifestyle programme globally.”

It will be interesting to see what these might be, given the almost non-existent ability to use miles for firm travel plans at the moment and for the foreseeable future.

Some interesting numbers relating to KrisFlyer, not least that there are now 4.6 million members globally, a 50% increase in three years.

Revenue per member is also significantly higher than ‘competing’ programmes, and assuming the scheme is well managed and meets typical industry margins KrisFlyer should contribute at least S$140 million in profit to SIA’s bottom line each year, in ‘normal times’ at least.

The interesting aspect going forward is how much liability the programme will mount during a significant period with almost no travel on the cards, and whether that will have any valuation impact for members once the industry is back on its feet.