If you were wondering when the last Qantas Airbus A380 departed from Singapore you’d have to look back all the way to 23rd March 2020, when QF2 departed to Sydney, having touched down in Changi from London a couple of hours earlier on its regular routing between Europe and Australia.

That was, of course, the start of the COVID-19 pandemic’s major effect on air travel globally, and even home carrier SIA then flew its final A380 passenger flight back into Changi only a week later.

Thankfully the world is a different place today, with travel picking up fast and both Qantas and SIA already flying their superjumbos on passenger routes again.

Good news is that we’ll see the return of Qantas A380s through Changi next month, all of which are decked out with the oneworld carrier’s latest cabin products, on non-stop flights from Singapore to London and Sydney.

With the return of First Class, it should also mean the shutters being lifted on one of the airport’s most elegant pre-flight pads – the much-lauded Qantas Singapore First Lounge.

On 19th June 2022 the ‘red roo’ will bring its Airbus A380s back to Singapore Changi Airport, with a reinstatement of its daily Sydney – Singapore – London QF1 service, which returns via a reverse routing as QF2 from the following day.

Despite being due to operate via Changi since March 2022 using Boeing 787-9s, this service is currently flying via Darwin instead. That’s a decision Qantas put down, in part at least, to Singapore’s testing policy for transit passengers.

At the time, those heading to the UK from Australia would have been required to take an expensive pre-departure COVID-19 test only to satisfy Singapore’s transit requirements, then been relegated to Changi Airport’s lacklustre transit ‘holding pen’ on the return journey, because the UK was on Singapore’s ‘naughty list’.

Singapore fixed those issues only a week later, which was interesting timing following the Qantas complaint, but it was too late for QF1/2 – the decision had been made.

Thankfully the Singapore stopover is finally being reinstated, and will also coincide with a welcome return of the four-class Airbus A380 on QF1/2 services, from 19th June 2022.

Qantas will become only the second airline to reinstate A380 flights from Singapore since the COVID-19 pandemic took hold, with Emirates, British Airways and Lufthansa all yet to do so, opting to serve the Lion City with smaller jets for the time being.

Qantas has longstanding “fifth freedom” traffic rights between Singapore and London, making it one of only three carriers permitted to carry passengers solely between the two cities on non-stop services (the others being British Airways and Singapore Airlines, neither of whom require these rights on this city pair).

Qantas A380s have the following layout, accommodating a total of 485 passengers:

The seat map can be downloaded here.

In common with Singapore Airlines, one thing COVID-19 has allowed Qantas to do is ensure all ten of its A380s returning into service are fitted with the latest cabin products, first introduced a few months before the pandemic hit.

The new cabins actually debuted on the QF1 London-Singapore-Sydney flight on 1st October 2019, but relatively few passengers got to enjoy it on a handful of aircraft before the entire superjumbo fleet had to be grounded only months later.

What is different is that Qantas Boeing 787s and Airbus A330s don’t have the A380’s lounge area, ideal for a mid-flight change of scenery or meeting, or to dine with a partner, friend or colleague.

This area also includes a self-serve bar, and is shared with First Class passengers.

Speaking of First Class, there’s no such option on other Qantas aircraft, with this 14-seat cabin exclusive to the airline’s superjumbos.

Despite its age, the Qantas First Class product is quite innovative. We’ve flown it a couple of times (see our review) and while it doesn’t boast fully enclosed suites or double beds, it still holds up strongly against many competitors.

London and Sydney aren’t the only Qantas routes you can travel on from Singapore.

Here’s how the carrier’s network looks from 19th June 2022 to the end of the northern summer season, with flights also available to Brisbane, Melbourne and Perth.

Arguably the nicest airline-operated lounge at Singapore Changi Airport, the Qantas First Class facility in Terminal 1, won rightful praise when it opened its doors in late 2019, only to have to close soon afterwards due to the pandemic.

While no firm date has been confirmed, we would expect the airline to reopen its Singapore First Lounge to coincide with the reintroduction of the First Class cabin on both the London and Sydney routes from mid-June 2022.

Following the formal launch event we attended in early December 2019, where we were among the first to tour the lounge, sample the ambiance, and try out the à la carte food options in the restaurant, we visited later the same month for a full review as regular passengers.

The standout at the lounge is its restaurant, serving up a wide selection of local and international dishes pre-COVID.

The menu for the reopening is likely to be less extensive than before in the initial stages, but pre-COVID some fantastic dishes were being served including a grilled skate, signature laksa and the Qantas First Lounge staple salt and pepper squid.

There are also fantastic shower suites, each of which include an impressive artificial skylight to help you adjust to a new time zone.

Here’s our short video walkthrough of the Qantas Singapore First Lounge, including some key highlights such as the shower suites and dining experience.

Once the Qantas First Lounge in Singapore does reopen, it will be available to:

Passengers flying on a Qantas or Emirates flight, or on a oneworld member operated flight:

Passengers flying on a Jetstar flight (coded JQ or 3K):

Currently all lounge-eligible Qantas and oneworld passengers can use the Qantas Business Class Lounge at Changi T1 prior to their flights, which reopened on 3rd December 2021.

Here are the one-way redemption rates in First Class, if you’re lucky enough to find any award space in this cabin.

Here are the one-way redemption rates in Business Class:

As you can see, Asia Miles provides the best value in Business Class for Qantas redemptions.

Here’s how it looks in Premium Economy:

We aren’t fans of Premium Economy (even the new glitzy Emirates version does nothing for us), but 45,000 Asia Miles flying on a oneworld carrier (i.e. Qantas or BA) from Singapore to London is actually a very decent rate in this cabin!

Remember whichever cabin you redeem and whichever frequent flyer programme you use, Qantas will pass on its small fuel surcharge (S$17 at the time of writing), unlike Singapore Airlines flights booked using KrisFlyer miles which are fuel-surcharge-free.

The exception is for those lucky enough to have an American Airlines AAdvantage balance, who can redeem Qantas (or British Airways) in Business Class from Singapore to Sydney, for example, for 40,000 miles, with no fuel surcharge applied. 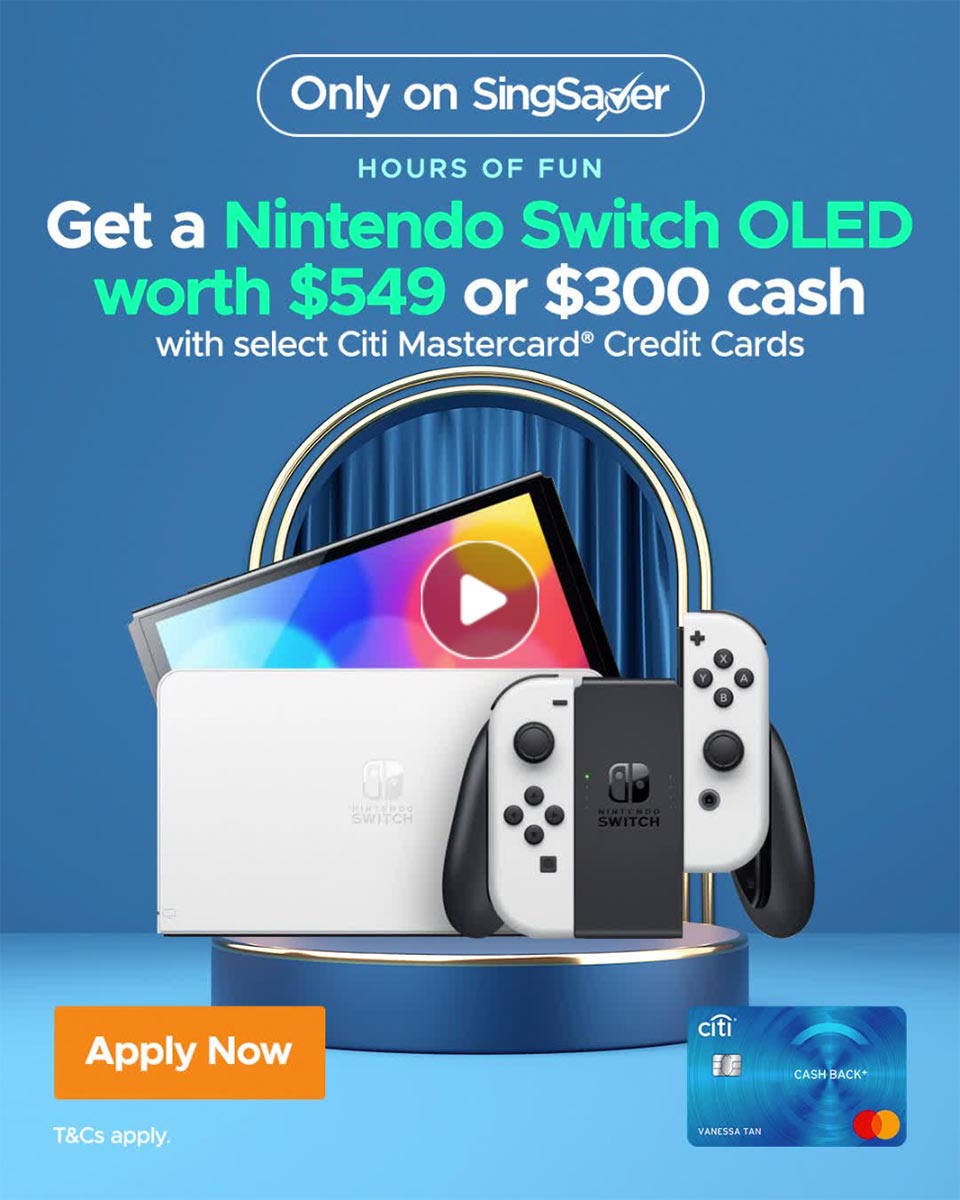 Qantas will become only the second airline to bring the Airbus A380 back into regular service at Changi Airport since the COVID-19 pandemic hit, with its daily flagship Sydney – London ‘kangaroo route’ flight making a two-hour pit stop through Singapore again for the first time in over 800 days, from mid-June.

This will offer another non-stop Singapore – London option in addition to those offered by British Airways and SIA, plus a new First Class option to both London and Sydney.

Speaking of First Class, this news should also mean a reopening of the excellent Qantas First Lounge here in Singapore, for those flying at the pointy end on these new flights, plus eligible Qantas, Emirates and oneworld status holders flying in any cabin class.