Now that Singapore Changi Terminal 4 is fully open, and we’ve had a chance to review the terminal itself and the new Cathay Pacific Lounge, we decided to turn our attention to the other lounge option in T4, the brand new Blossom Lounge.

The lounge was announced back in August 2017 as a ‘teamed’ offering from Plaza Premium and SATS that would be the only pay-per-use, non-affiliated lounge offering in terminal 4.

Plaza Premium is a Hong Kong-based company that offer private lounges, meet & greet services and transit hotels around the world. They already run 150+ lounges in 36 different airports across 16 countries. That represents the largest independent airport lounge network in the world – handling over 12 million passengers a year. You’ll typically see their offerings on the Priority Pass website (more on that later) and for airlines offering business class services at secondary destinations.

Their most recent opening, just a few days ago, was a Plaza Premium Lounge at London Heathrow’s Terminal 5.

Mr. Song Hoi-see, Founder and CEO of Plaza Premium Group, said “We are excited to be awarded by CAG again, and this time collaborate with SATS to introduce SKYTRAX world’s best airport lounge service to the new T4 through our new lounge, offering exceptional hospitality and a seamless airport experience to Changi travellers. In addition to Plaza Premium Lounge in Changi T1, we look forward to welcoming all travellers through another world-class airport lounge facility in association with SATS.”

SATS (previously Singapore Airport Terminal Services) is a ‘one-stop-shop’ service provider that offers everything from cargo services to in-flight catering. They already operate six other executive lounges in Singapore (two in each of the original Changi terminals 1, 2 and 3).

Korean Air and Vietnam Airlines First and Business Class passengers are offered free access to the lounge. Aside from Cathay Pacific, these are the only other two full-service carriers currently operating from terminal 4, so we expected this.

SkyTeam Elite Plus (Million Miler or Morning Calm Plus for Korean, and LotusMiles Platinum for Vietnam Airlines) will also be allowed free access, even if travelling in economy.

Not for Priority Pass. So far, the Blossom lounge operators have not signed a contract with Priority Pass to allow their members access to this lounge. Normally, that would be the primary way that most frequent travellers would access lounges like this, as various levels of membership are common with a variety of credit cards issued in Singapore. We spoke to Plaza Premium directly and they mentioned that it’s in the pipeline, but for now, all they will offer is a subsidised rate.

TIP: Show your Priority Pass card and you’ll get a discounted entry rate of S$30 (at the time of writing).

Update 24th December 17:50: Plaza Premium have now shared with us a full list of the cards you can use to access this lounge, in addition to Priority Pass. They are:

A full breakdown of the Changi T4 Blossom lounge access rates can be found here.

Plaza Premium and SATS also have tie-ups with a number of credit card companies. We’ve called them repeatedly but the exact details of all their affiliations are apparently “confidential” – a bit ridiculous. Hence we stood outside the lounge for 10 minutes whilst the agent scanned each of our credit cards until eventually, one of the cards allowed us entry!

For now, we know that American Express KrisFlyer Aspire and OCBC Voyage cards should allow access. If you work out which others do, please let us know in the comments section.

After the initial difficulties trying to negotiate access to the lounge, we began our walk-through.

The lounge is split into 3 distinct areas, Bar, Quiet-area and Restaurant.

Just to the right of the entrance, in an area that feels as though it’s suspended above the main departure lounge is a long, manned bar. A well-designed area, with low down lounge-style seating and plentiful tall bar seats.

All areas are equipped with an abundance of ‘multi-socket’ international style power points and USB ports. Tall lamps flank most of the seats, perfect for reading. Tiger Beer was available on draught alongside a small selection of spirits. There is also a barista station for fresh coffee at the bar.

We expect this area to be a little noisier when the terminal is running at full capacity as it is suspended over departures area below, with no windows.

Along the walkways leading from the bar and also in banks in the quiet area are individual “pod-style” seats. Great for solo travellers, these are well designed and comfortable with enough space for your luggage. Each is also equipped with those ‘multi-socket’ international style power points and USB ports.

Sleeping facilities are also provided, and a Spa with massage services is expected to open at a later date.

There is a deli-style area at the beginning of the restaurant, serving the usual selection of cheese, olives, nuts and snacks.

There are two wine choices: 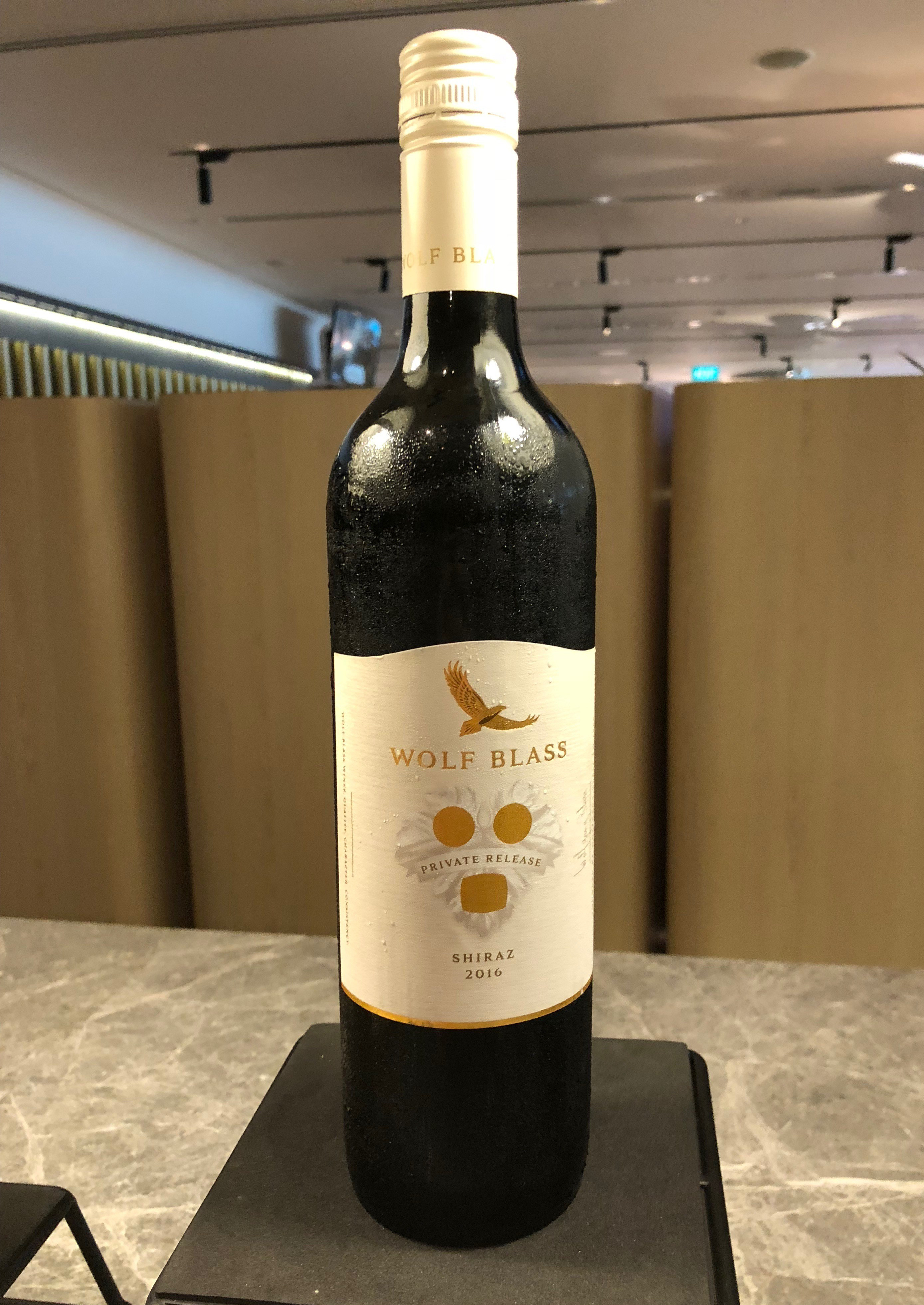 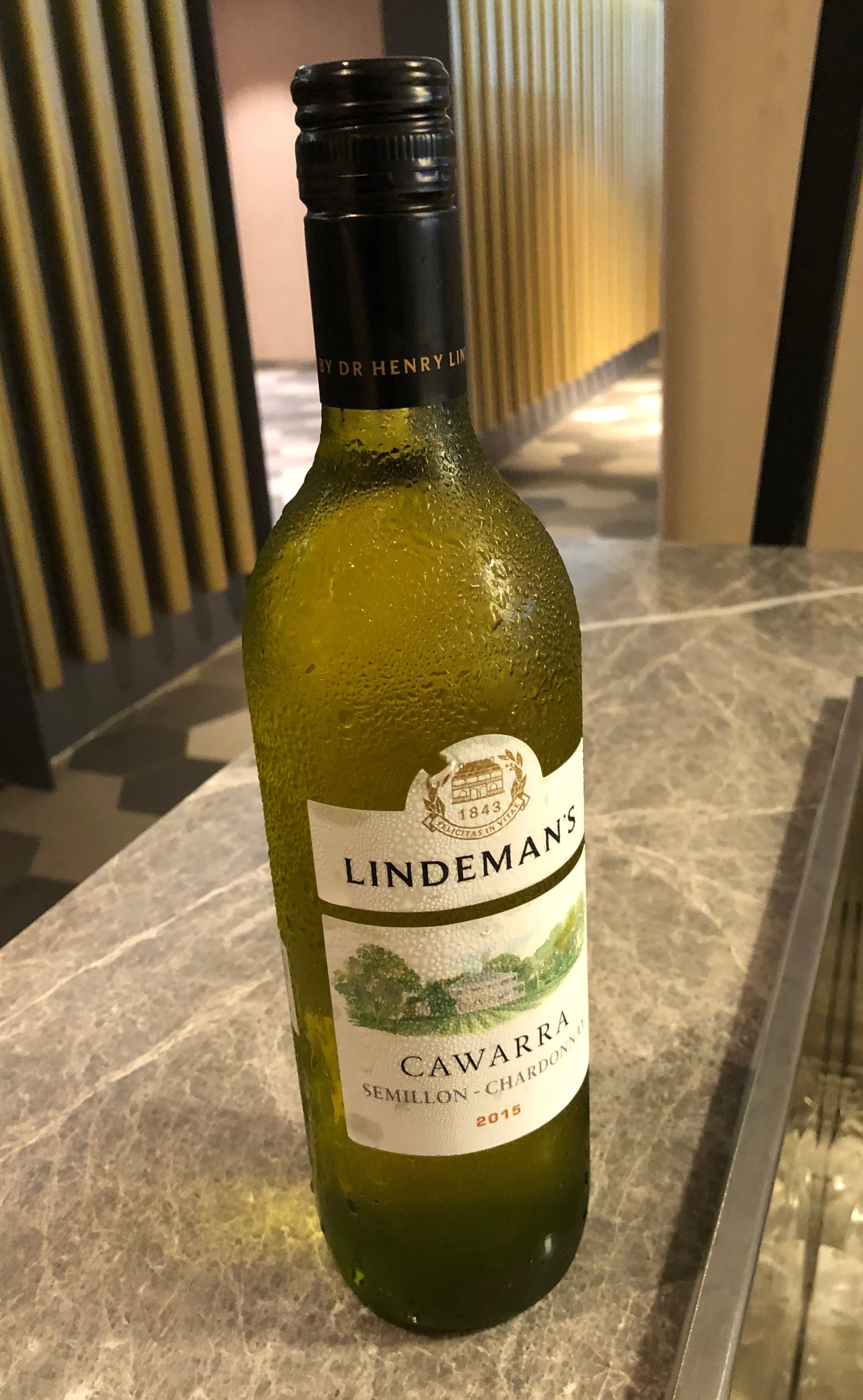 There’s a cold food section that includes an array of finger sandwiches and desserts. Followed by a small hot buffet serving a time-appropriate meal, and a chef station offering two choices of ‘live’ cooked meals. We tried their fresh cooked Laksa. It was certainly a more traditional style than the Cathay Pacific offering, and had good flavour.