Skip to content
Qatar teased the Singapore route with a Qsuites configured plane on Friday. Bangkok is your go-to route for now though. 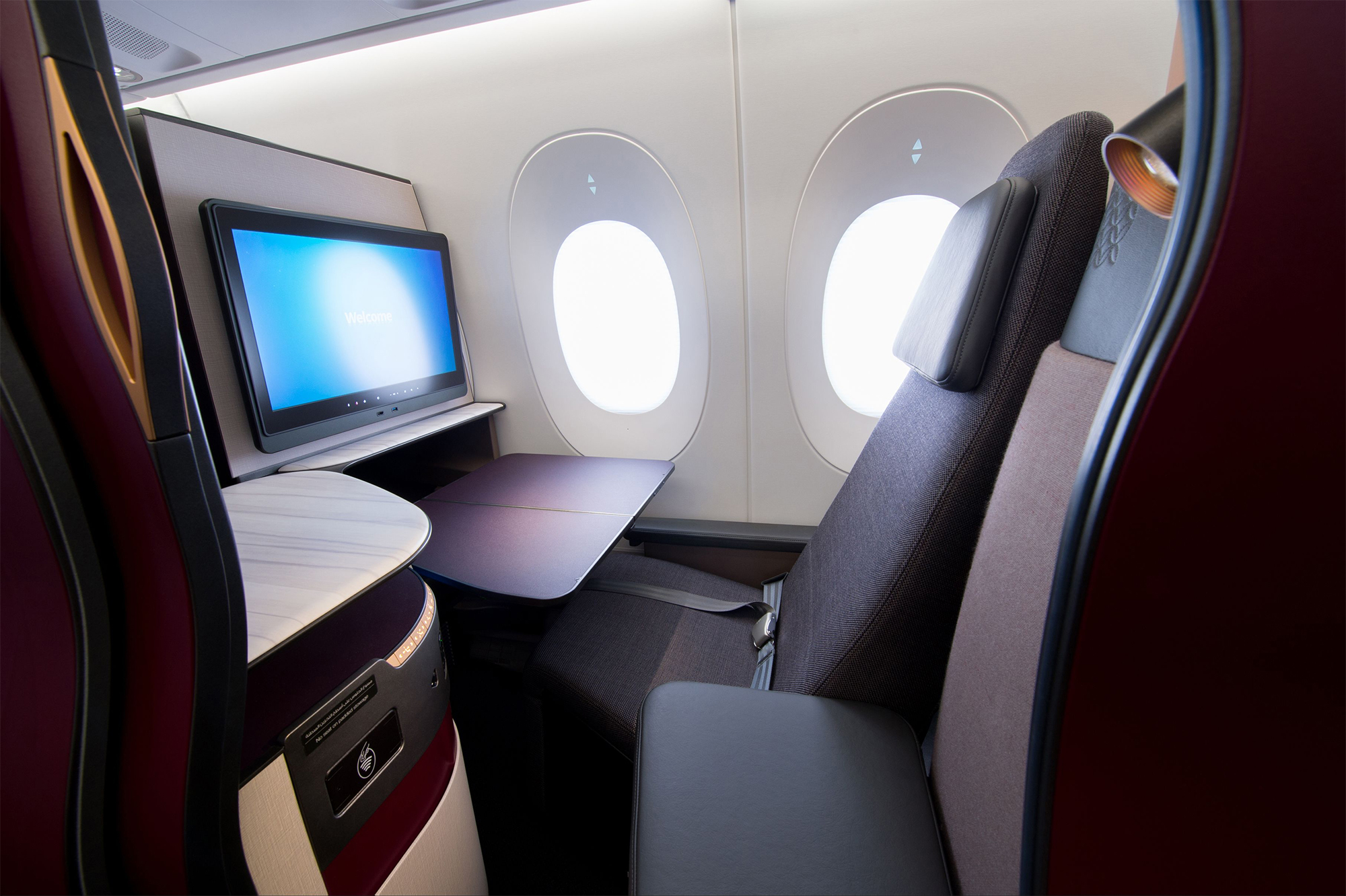 Good news for those of you interested in experiencing what has to be one of the best business class products on offer today, Qatar’s Qsuites, the Bangkok – Doha route is currently being served daily by a Boeing 777-300ER fitted with the new product.

While there are still no plans announced for the Qsuites to serve the Singapore route this news means you can try out this fantastic looking seat every day until the end of October on flights from Thailand to the Middle East and beyond.

The important thing to remember is that not all 777-300ERs in the Qatar fleet have Qsuites installed, which means not all Bangkok – Doha flights have the new product. The GDS timetables show that flight QR831 from Bangkok, departing around 9am (or QR830 from Doha if you’re flying back to Asia, departing around 8pm) are the flights to pick to be assured of the Qsuites.

These aircraft are Boeing 777-300ERs (’77W’s in timetable speak) with configuration 42J/312Y, which is the Qsuite aircraft. Note that this is identified from the reduced economy seating compared with the ‘regular’ Qatar 777-300ER aircraft, which are in a 42J/316Y config (some also have a 24J/388Y layout, which also means the old business seats).

The primary way to check Qsuite operation on the Qatar 777-300ER for most people is the seat map, here’s an example of how you can tell the Qsuites are installed from the ExpertFlyer seat map function.

If Qatar’s latest business class product Qsuites is new to you – see what the airline itself has to say about it here. We’re talking private individual suites with closing doors, a double bed option in the middle and even a four person family-style suite can be configured in some middle rows.

There are also a few reviews out there, check out this one from Live and Let’s Fly and here’s another from One Mile at a Time.

When will Qsuites come to Singapore?

It’s already been – aircraft A7-ALY is one of two Qatar A350-900s with QSuites and it flew to Singapore on Friday this week, breaking Changi’s Qsuites virginity for those lucky enough to be flying on QR945/946 that day.

This is not a consistent operation however, more of a last-minute aircraft swap. Qatar continues to operate three Airbus A350-900 flights to Singapore from Doha each day with the older configuration. Generally the two reconfigured A350-900 aircraft are currently deployed on Doha to London Heathrow and Frankfurt services.

Where else are Qsuites flying?

Note that this doesn’t necessarily represent consistent / daily operation on these routes (we don’t have time to check that!), but acts as a guide for you to potentially help continue your journey from Doha with the Qsuites product.

Finally, here’s a table showing how many miles or points you’ll need to redeem a Qsuites seat between Bangkok and Doha with a variety of frequent flyer programs.

The Qatar Privilege Club suffered a recent sudden shock devaluation, increasing the miles rates significantly on many of their routes. You’ll get the best rates using another frequent flyer program to redeem the Qatar Qsuites on this route, such as American Airlines AAdvantage or Asia Miles.

These aren’t the first flights to and from Asia to feature Qsuites, they’ve appeared on Seoul (which later transferred to Shanghai), and as we mentioned in our post on the new Cathay A350-1000 routes they have been sporadically appearing on Bangkok flights as early as last month.

Now that the product is featuring even day for the next few months on one of the Bangkok flight pairings this is a much more convenient opportunity for our Singapore-based readers to experience this great new business class seat. We may even be tempted to make the hop up to Thailand to try it out for ourselves.