Skip to content
A daily Adelaide connection will be the first regular SIA A350 'regional config' route, with new Business Class seats 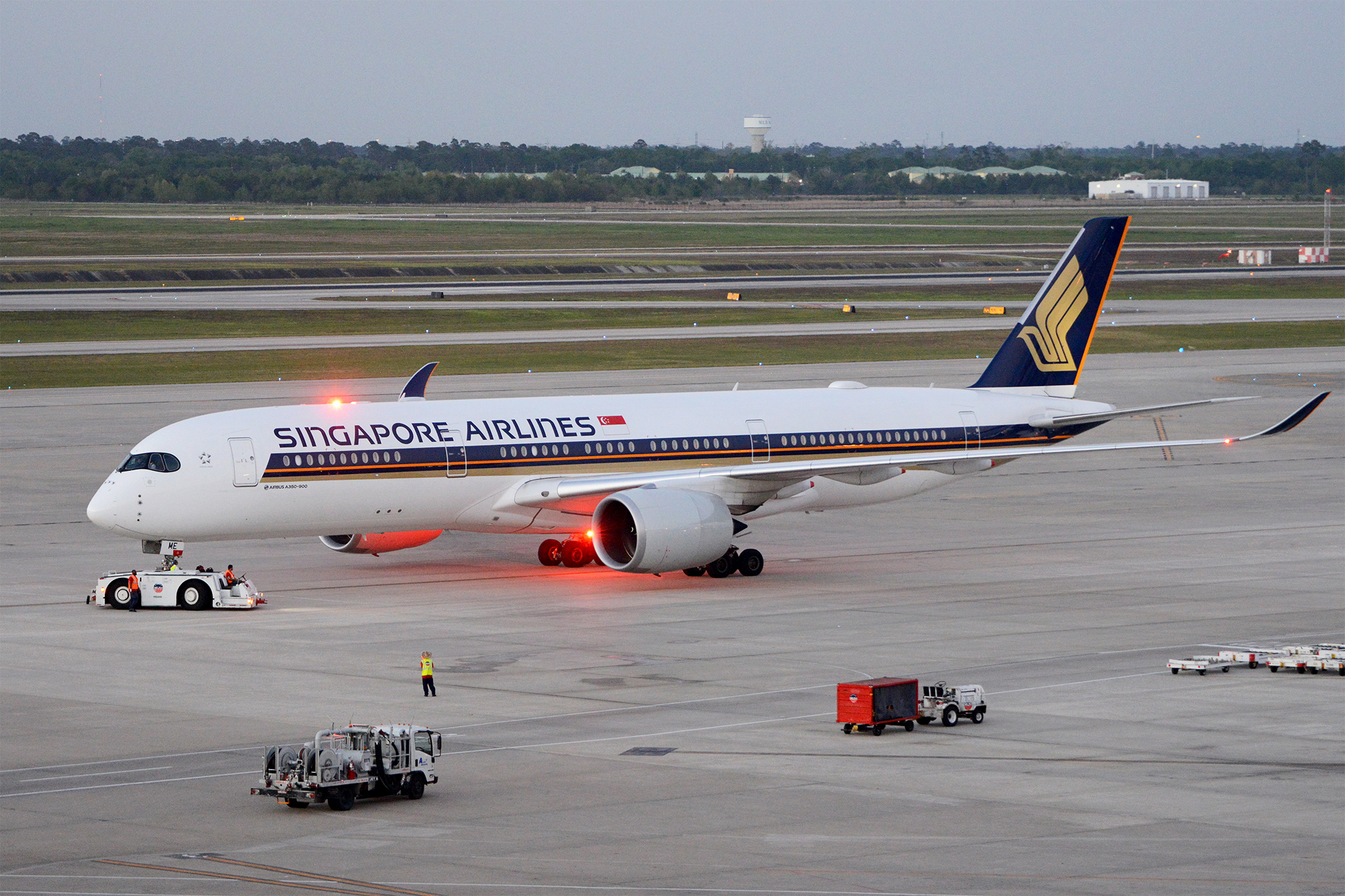 Singapore Airlines announced this morning that their newest aircraft type, the Airbus A350-900 in regional configuration, will join the fleet in December this year starting with flights between Singapore and Adelaide.

The aircraft will be fitted with 40 of the latest 2018 Regional Business Class seats in a 1-2-1 configuration, a product we reviewed in April on the Boeing 787-10. That’s 4 more seats in Business Class on this plane compared with the 787-10.

The A350 has a slightly wider fuselage than the 787, so we expect a little more aisle room on this plane as the seats themselves should be identical.

As expected there is to be no Premium Economy cabin on this particular variant, with 263 Economy Class seats in a 3-3-3 configuration making up the balance of the floor space on this new jet.

In Business Class there will be 10 rows in total with a 1-2-1 configuration. The first 7 rows will be positioned in the forward cabin section between the first and second main aircraft doors, with 28 seats.

Behind the second door a small 3-row cabin will feature, with 12 seats in total.

That’s not particularly helpful – due to the staggered seating arrangement travellers need to know which seats have the console located between the seat and the aisle, and vice-versa. This also helps to choose (or avoid) the middle seat pairs directly alongside one another, which are ideal for couples but less so for solo travellers.

Singapore Airlines has not published a detailed set map yet so we have taken the liberty of creating our own which shows the planned layout.

Be careful to note that row 18 and row 19 have the same arrangement (due to the cabin door separating these two sections). It’s therefore not as simple as the alternating row arrangement found on the 787-10.

Some other things we know so far about the Business Class cabin:

In Economy Class the A350 regional has two large cabin sections, the first starting behind the Business Class cabin and running to the third main aircraft doors, and the rear section between the third and fourth aircraft doors.

The A350 regional aircraft will be equipped with Inmarsat GX Wi-Fi capability, provided through SITAONAIR, in common with the new A380 Version 3 aircraft but interestingly a switch from the existing A350s / 787-10s which use the Panasonic system.

We therefore expect the pricing plans to be similar to those offered on the new A380 and we’ll try to confirm this closer to the launch.

This new aircraft will also bring a total 6.3% capacity increase to the Adelaide route, with 10 more Business Class seats than the current A330 offers (33% more) and 8 more seats in Economy Class (3% more).

If you’re looking to try this new product on the A350 Regional or 787-10 we have updated our 2018 RJ tracker page with the all the latest route information including the Adelaide service.

As this is aircraft has a regional Business Class product, you can use miles from other Star Alliance programs to book Business Class redemptions, such as Lifemiles and United Mileage Plan.

If you have an eligible ticket in Economy Class on this aircraft, you can use KrisFlyer miles to upgrade to Business Class, since there’s no Premium Economy cabin getting in your way.

We checked award availability on the Singapore – Adelaide route for the first few weeks of service following the introduction of the A350 regional and found 2 or more saver award tickets available for booking on around half the dates searched, which isn’t bad.

Northbound between Adelaide and Singapore availability is more scarce, however this is likely due to the Christmas and peak school holiday season in Australia and we think the additional 10 seats in Business Class compared with the A330 should help with longer term redemption availability on this route.

It’s good news that more aircraft are joining the fleet with the new regional business class cabin this year, with two more 787-10s to arrive in October and this first A350 regional jet, not originally expected until 2019, starting flights in December.

From a strategic perspective SIA has gone with a larger Business Class cabin in the A350 regional than on the 787-10, while a smaller Economy Class cabin was probably inevitable due to the shorter length of the A350-900.

That could lead the airline to target more business-heavy regional routes with the A350 regional, while concentrating the 787-10 aircraft on routes needing higher total capacity.