Skip to content
The refit process for the last Singapore Airlines 777-300ER with 2006 cabin products is underway, finally ensuring a common configuration for these aircraft across the fleet 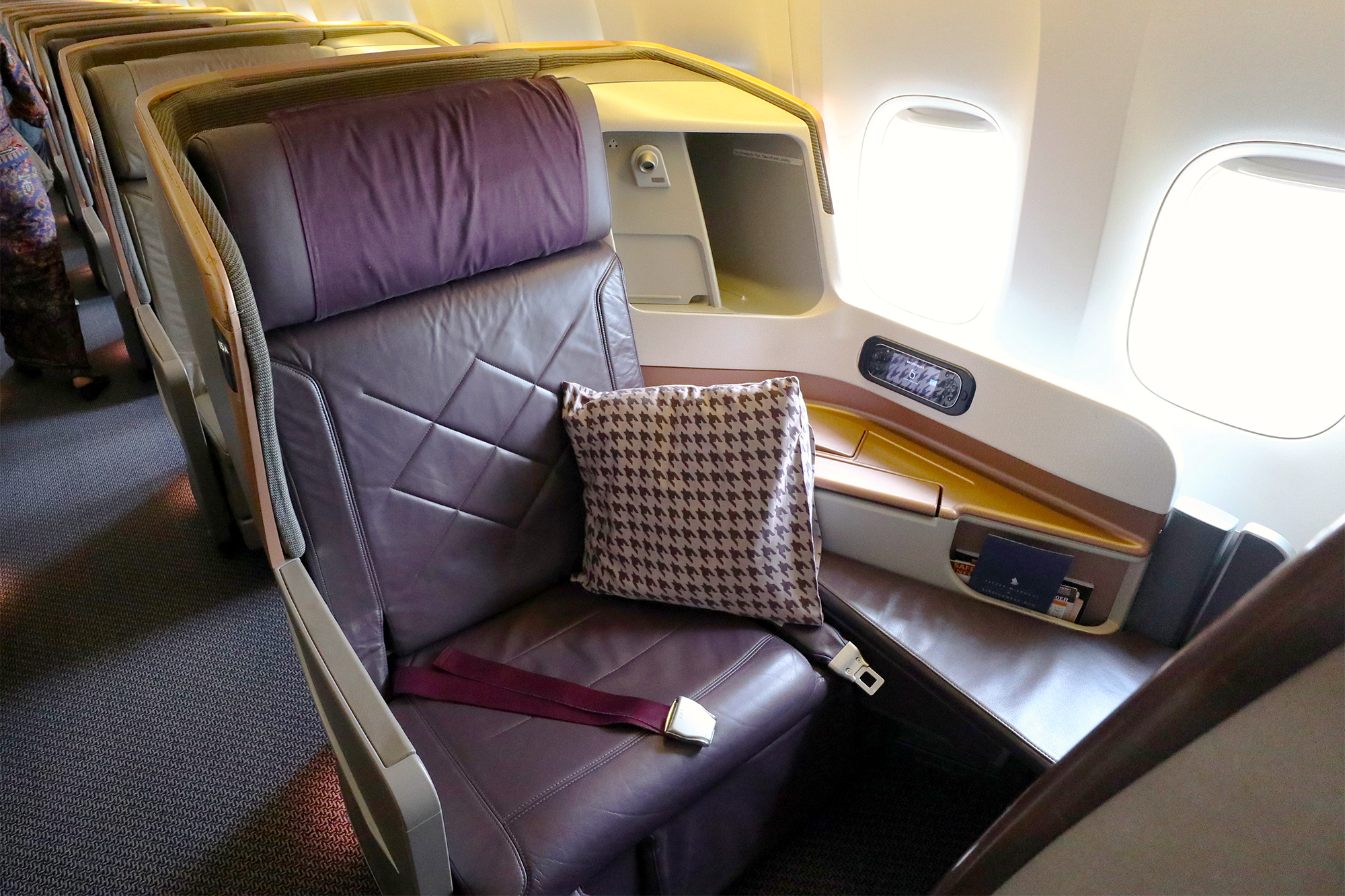 It happened a couple of months later than planned, but finally on 23rd December 2018, 9V-SWT, Singapore Airlines’ last remaining 3-class Boeing 777-300ER with the older 2006 cabin products, landed back into Changi following a service from Shanghai to undergo its cabin refit in the hangar.

When it emerges, probably sometime next month, it will feature the 2013 First and Business Class seats, a Premium Economy section, updated Economy Class seats, and will be Wi-Fi enabled.

This brings the Singapore Airlines Boeing 777-300ER fleet to a common interior configuration, Version 2, with immediate effect. That’s good news as it means there will no longer be any need to fear the older seats when you book flights or award tickets on this aircraft type, the largest single fleet in the airline totalling 27 aircraft.

Why did it take so long?

We mentioned this refit finishing two months later than scheduled, but actually that statement was only based on the most recent plan. The whole project is actually winding up over 2 years late, with the airline first promising (rather optimistically) to complete the refits on these jets by September 2016.

Refitting 19 aircraft in 20 months, as SIA first proposed, was probably a tad unrealistic. Once refits were underway, a couple of operational ‘snags’ certainly rocked the aircraft availability boat too.

Those events would no doubt have forced the airline to keep additional 777-300ERs in service to support the flight schedule, pushing back the refit program.

By July last year only two aircraft, 9V-SWI and -SWT, were left to undergo the process. This final pair were used on the Tokyo-Haneda and Beijing flights until the end of October last year, with the original plan for both of them to leave service at the end of that month to be refitted.

Further fleet constraints however meant 9V-SWT remained flying, on a random selection of routes including Jakarta, Manila, Tokyo, Beijing and Shanghai, for a further 7 weeks or so.

Now that this fleet features a common cabin product, let’s take a quick look at what you won’t need to worry about when flying First Class or Business Class on the Singapore Airlines ’77W’.

On the plus side, you’ll now get the following:

We’ve updated our Boeing 777-300ER fleet page with a full guide on which seats to pick and avoid on this aircraft type.

The 777-300ER is currently deployed on the following SIA routes to and from Singapore, based on the week commencing 7th January 2019.

The 19 older 777-300ERs were the mainstay of the 2006 First Class and 2006 Business Class seats before the refits started in early 2015, though the completion of this process doesn’t mean these seats have gone away by any means.

Now the 777-300ER fleet is consistent, it’s time to focus on the next refit. That’s the plan for the older 14 of 19 Airbus A380s in the Singapore Airlines fleet to be refitted with the latest Suites and Business Class seats, as fitted to the newest five A380s delivered from 2017.

We understand the first pair of refitted A380 aircraft will enter service with these new seats in Q3 2019, leaving 12 planes still left to complete at that stage. It would make Singapore Airlines’ prediction to have the entire A380 fleet retrofitted by 2020 seem like a bit of a pipe dream.

We’ve waved goodbye to a couple of Singapore Airlines cabin products last year, the ‘Spacebed’ in February and the ‘Ultimo’ blue recliners in March.

Admittedly this isn’t the end of the Singapore Airlines 2006 Business Class and First Class seats, but what it does mean is that for the first time (in a long time) the SIA 777-300ER fleet has a common 4-class product across the 27-strong fleet.

The A380 cabin refits now seem to be going down a well-trodden path. Promise the world… deliver two years late and hope no one notices!