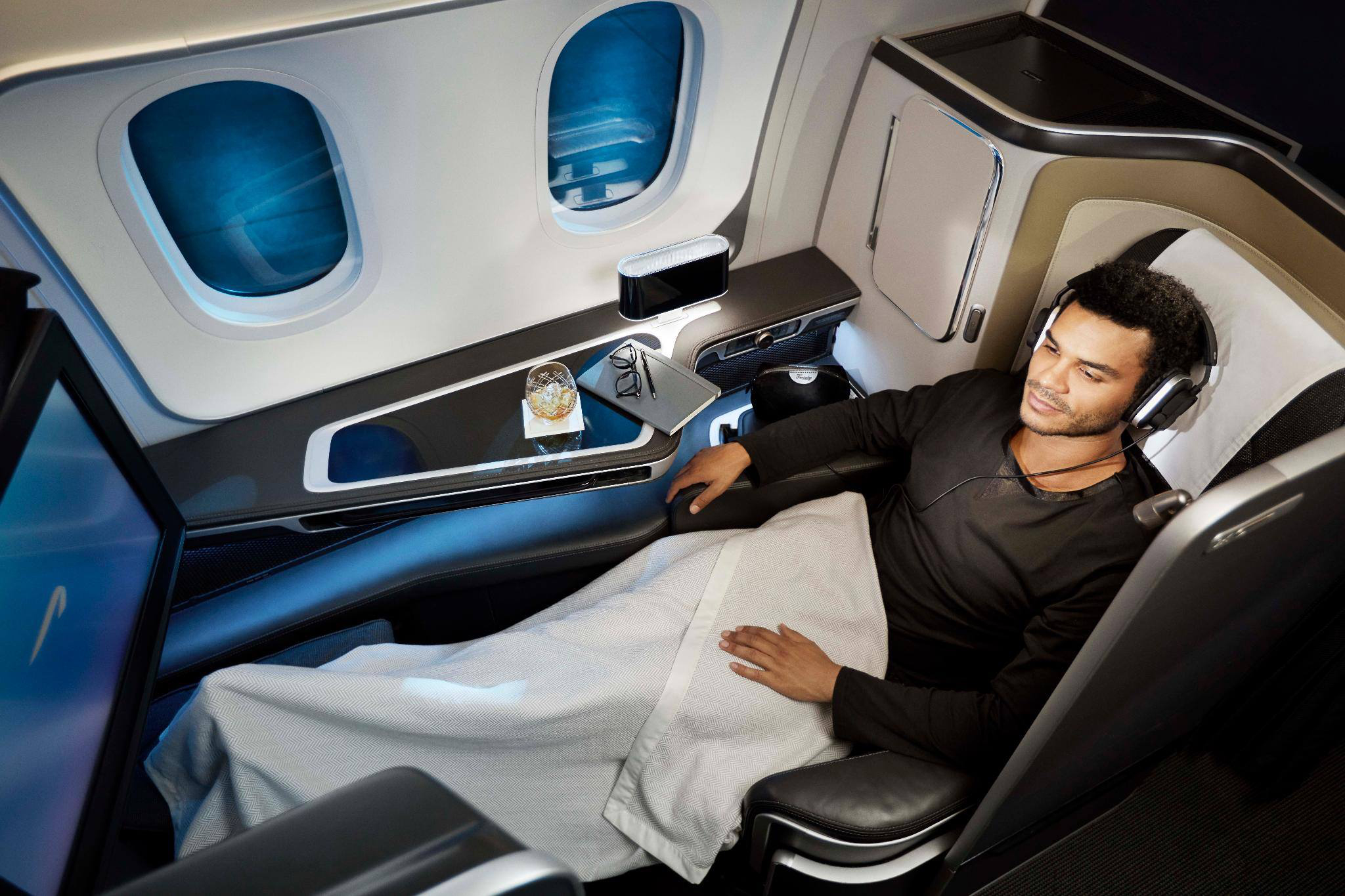 The UK’s biggest and most well known full service airline British Airways announced a revamp of its First Class product earlier this week. Before you get too excited, this isn’t a new seat (which is badly needed, given the current product has been consistently compared to other Business Class offerings for close to a decade).

This refresh is to the onboard product and service, including pyjamas, amenity kits, bedding, tableware, glassware and catering. In other words – almost all the things an airline can improve without changing the seat itself.

When is it changing?

The initial flights with these new products will commence on 31st March 2019, with system-wide rollout promised within a week – by 7th April 2019.

First Class passengers will receive a new amenity kit, replacing the current one by Liberty London. The bag is made by Temperley London in a “Star” design with the contents by British skincare brand, ELEMIS, in common with the Spa inside the T5 Heathrow lounge.

Currently, cosmetics are by Aromatherapy Associates.

Pyjamas will also be by Temperley, with the airline promising a “super-soft, sophisticated” new range including male and female versions.

The ELEMIS selection will include products from the Ultra smart pro-collagen range, bespoke skincare products designed to adapt to individual needs for younger looking skin. This is expensive stuff – Google it if you don’t believe me!

As part of the changes British Airways has also designed new à la carte menus that “focus on fresh seasonal ingredients of British provenance”. It will be interesting to see how different these dishes are to the current First Class dining options, which already rely heavily on British ingredients.

The tableware gets an update too, with new bone china crockery designed exclusively for the airline by high-end British designer William Edwards. The new tableware will be accompanied by contemporary cutlery from Studio William.

The airline will also be introducing a new signature afternoon tea service, “showcasing the great British tradition of high tea“.

The menu will include a selection of sandwiches, pastries and scones, as well as a wide range of tea infusions.

Drinks aren’t forgotten in the upgrade, and while the wine and Champagne offerings aren’t expected to change they will be served in new stemware from Dartington Crystal.

Soft drinks and spirits will be served from “elegant cut-glass tumblers” from the same company.

A better sleeping experience is promised in First Class with the introduction of 400-thread count bedding and a foam fibre mattress topper.

While the IFE system itself is not being updated (this varies from quite poor on BA’s older 747s to quite good on the newer planes), BA is replacing the headphones in First Class with high performance models by British company Meridian Audio.

For the AvGeeks out there, British Airways is also painting some of their fleet in a series of ‘retro liveries’, in celebration of its ‘centenary year’. So far three aircraft have been painted, two 747-400s in BOAC livery and the ‘Landor’ livery from the 80s and 90s, and an A319 in the old BEA livery.

It’s nice to see an airline nodding to its history and this will certainly keep the AvGeeks on Instagram happy, but it’s a bit of a cheat in all honesty. BA is claiming to trace its heritage back to the first international flight operated by Aircraft Transport and Travel (AT&T) from London to Paris.

By some convoluted process, through at least four other airlines along the way, AT&T eventually became part of what is now British Airways, which itself was only established in 1974 (45 years ago) from the merger between BOAC and BEA.

A more accurate predecessor to British Airways was actually Imperial Airways, formed in 1924, which later became BOAC. It was at Imperial the Speedbird logo (still used as the ‘Speedmarque’) was first used.

We can only suppose that with KLM celebrating its centenary this year and Qantas next year (both from their original names and as the same companies), BA felt a bit left out and didn’t fancy waiting another 55 years to celebrate its true centenary (or 5 more years to celebrate it’s more defensible one), so plucked back into the archives to find something that fitted.

AT&T, by the way, was formed and started flying in 1916, so it seems BA missed the centenary somewhat! Choosing the first international flight as the formation date seems like cherry picking to us!

We flew BA’s existing First Class, prior to these soft product enhancements, on the Boeing 747-400 last year from London to Washington. We wrote a full review of the experience. 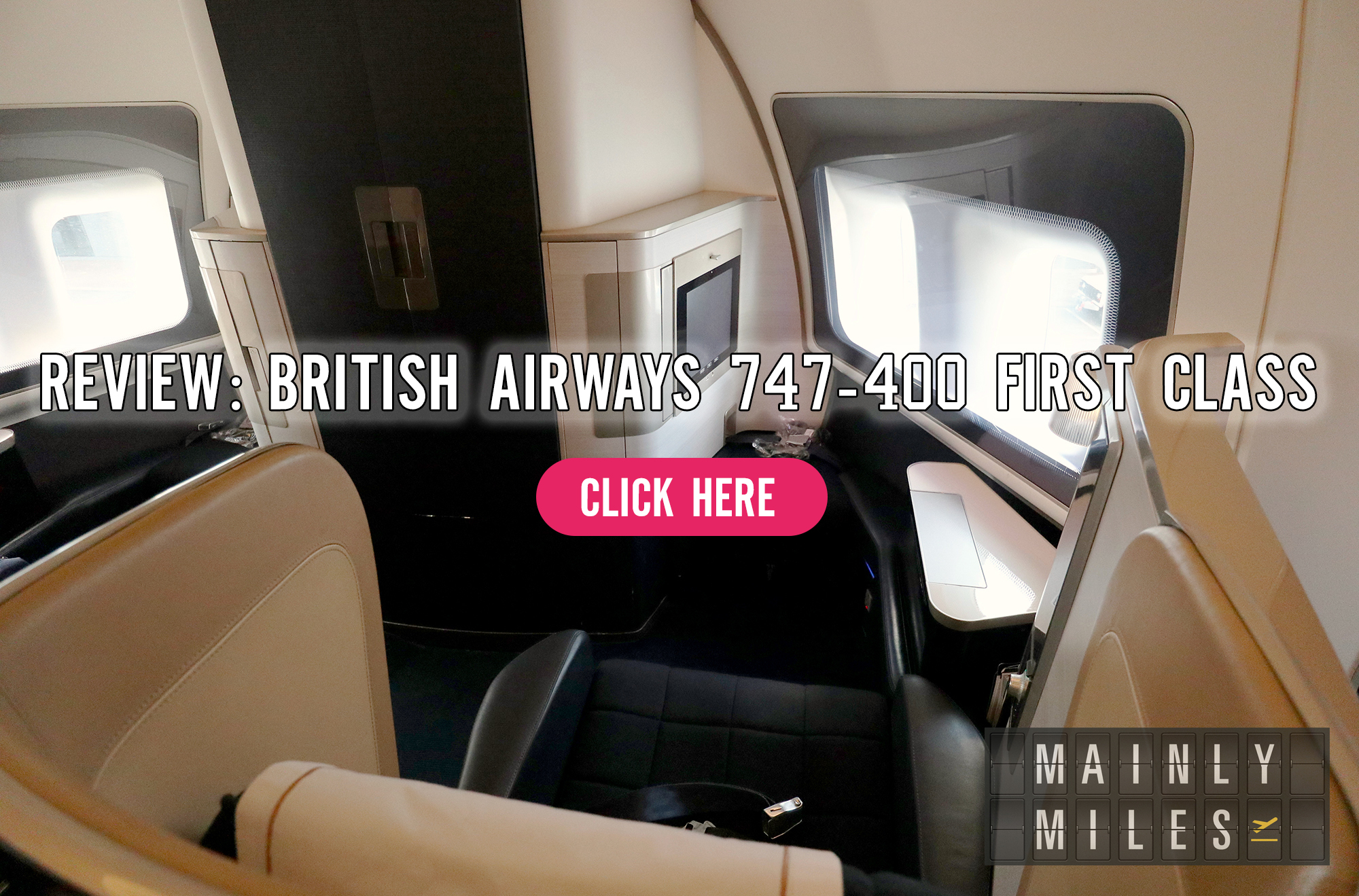 Essentially, a very good Business Class experience. No matter how they tinker with the ‘soft product’, unfortunately the seat is what lets it down (don’t even get us started on ‘Club World’). Until that’s improved, BA deserves its ‘Best Business Class’ reputation in this cabin more than ever, with enclosed suites becoming the industry mainstay in this cabin.

Thankfully these should be announced soon with the arrival of the airline’s first Airbus A350-1000 in June featuring the new ‘Club World’ product. Later this year a pair of the airline’s 777-300ERs will also be refitted with these new seats and an upgraded First Class, though the latter is thought to be based on the existing 787 seat, so “evolution, not revolution”.

That should result in at least some flights passing through Singapore featuring the new products towards the end of 2019 (namely the BA15/16 service which also flies from Singapore to Sydney).

Meanwhile an imminent improvement in the soft product elements of the cabin including the catering, bedding and accessories is welcome, even if it’s not really BA’s 100th birthday this year!