Skip to content
Air Mauritius will fly its first A330neo to Changi starting tomorrow, and you can fly on it for as little as $120 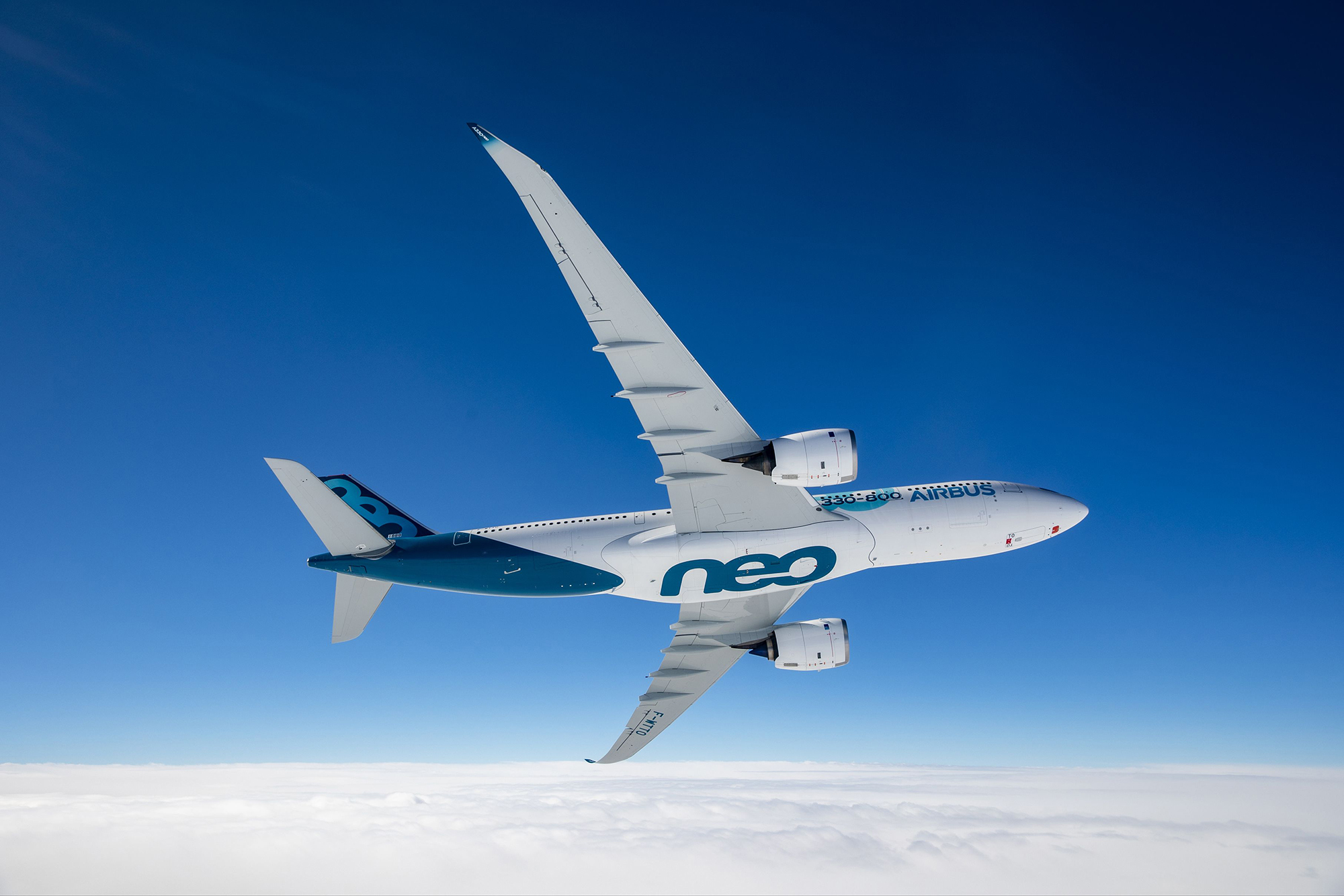 We wouldn’t normally update our readers every time a new aircraft type graces Singapore’s skies, but like last year’s A350-1000 introduction to Changi by Cathay Pacific we thought you might be interested to learn that a relatively rare and new aircraft type will also be touching down tomorrow – the Airbus A330neo.

This time it’s Air Mauritius, a Singapore Airlines codeshare partner and the national airline of the Republic of Mauritius, introducing this type not only to Singapore but to South East Asia commercial passenger flights.

The aircraft, 3B-NBU, is an A330-900neo and was delivered to the airline four days ago. It has already completed passenger flights to London Heathrow, Reunion, Madagascar and Mumbai, and is currently on the ground at the airline’s Port Louis base.

It will operate another short Reunion flight this afternoon before being prepared for its service to Singapore tonight.

The aircraft, named ‘Aapravasi Ghat’ after the UNESCO World Heritage Site near the Mauritian capital Port Louis, is one of just eight A330neos in service worldwide.

With the other operators being TAP Air Portugal (6 aircraft) and Air Senegal (1 aircraft), none have made their way to South East Asia so far under revenue passenger operation.

Air Mauritius operates non-stop from Singapore to Mauritius three days per week on Tuesdays, Thursdays and Saturdays. From tomorrow the Tuesday and Thursday flights will be operated by the A330-900neo, with Saturday flights set to continue operating with either the A340-300 or A330-200.

With another A330-900neo joining the airline later this year, all four Singapore – Mauritius flights are scheduled to be flown by the aircraft from 7th December 2019. This is subject to change based on the aircraft delivery schedule.

Air Mauritius has installed the Stelia Solstys III flat-bed Business Class seats in its A330neo aircraft, the same product installed on the airline’s larger A350.

It should be fairly familiar to our readers, the Solstys III seat being the basis of the Stelia Symphony product Singapore Airlines is using as its latest Regional Business Class, albeit with significantly different styling and customisation.

Of the 28 seats in this cabin six are in the most private solo configuration closest to the window with the storage console between the seat and the aisle, and are probably best for those travelling alone:

Half of the seats, 14 in total, are also good for solo travellers but are slightly less private as they are more closely exposed to the aisle:

Finally there are eight seats in the four middle pairs directly alongside one another, ideal for couples and dubbed ‘Honeymoon seats’ by Air Mauritius:

More about the A330neo

Air Mauritius has become the world’s first airline to operate both the A330neo and A350 aircraft with this latest addition to its fleet. Here’s an Airbus factsheet about the new plane (click to enlarge):

For the passenger, the A330neo has the new ‘Airspace’ cabin from Airbus, with better storage, enhanced lighting and improved overhead locker space.

It’s not only Singapore – Mauritius flights being flown by the A330neo. Instead of just sitting on the ground at Changi for seven hours between flights, Air Mauritius also flies this aircraft from Singapore to Kuala Lumpur and back three times per week (four times from 7th December).

Though it’s designed as a route extension for passengers continuing to or from Mauritius, since the airline has “fifth freedom” rights on the route they also sell tickets solely between Singapore and Kuala Lumpur.

For those keen to fly on this new aircraft type, fares start at just S$120 for a one-way flight in Economy Class from Singapore to Kuala Lumpur. You can also fly the Business Class cabin for S$360 one way (SQ is typically charging S$662 and MH S$724 for Business).

Since the aircraft spends 3 hours 15 minutes on the ground in KL before returning to Singapore you can even do a ‘day return’ on the same aircraft if you’re a true AvGeek. In Business Class it’ll cost you S$582 while in Economy it’s just S$182.

If you’re starting your journey in Kuala Lumpur it’s even cheaper at S$81 one-way to Singapore in Economy Class and S$313 one-way in Business, while return fares come in at S$180 and S$567 respectively.

For those flying Business, Air Mauritius is using the DNATA lounge at Changi T1 and the new Malaysia Airlines Golden Lounge in Kuala Lumpur.

Aside from Kestrelflyer, the Air Mauritius frequent flyer program, you can also credit miles from paid Air Mauritius tickets to Emirates Skywards or the Air France / KLM Flying Blue program.

Given that most of our readers are unlikely to hold a significant Kestrelflyer balance, you may be interested to know that you can also redeem Emirates Skywards miles on Air Mauritius flights.

Awards are only available on return itineraries and will set you back the following on a Singapore – Mauritius – Singapore routing:

The same rates apply if you start your trip in Kuala Lumpur, but you cannot use Skywards miles to redeem the Singapore – Kuala Lumpur – Singapore legs of this route in isolation.