Skip to content
JetBlue was one of the first to install flat-bed Business Class seats in single-aisle aircraft. Their 'Mint' product might well still be the best. 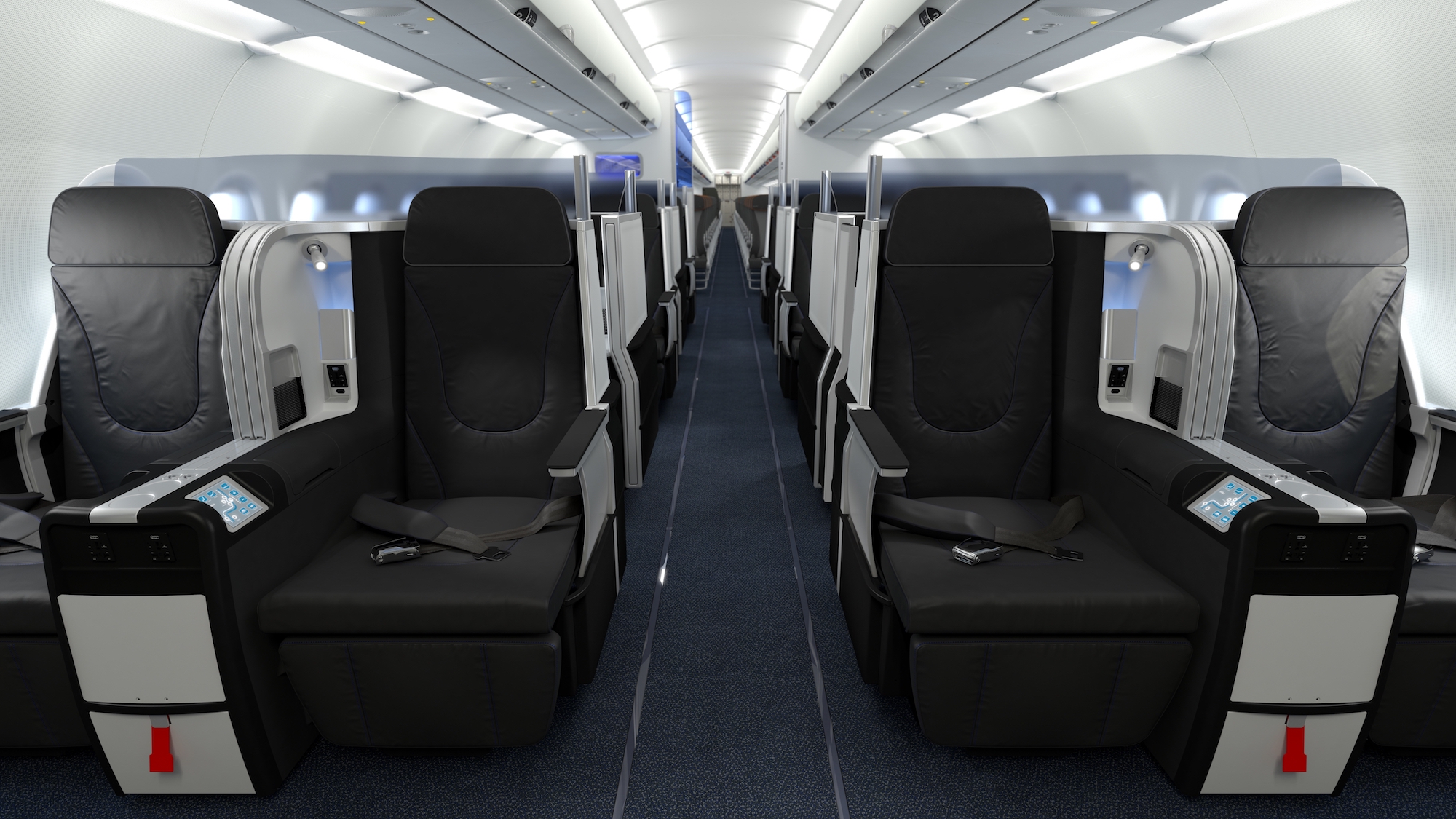 We booked this flight as part of our ’round the world in First Class’ trip last year, to get us from the east coast of the USA over to the west coast. It was the only sector on that trip where we cheated in two ways – it wasn’t a miles redemption and it wasn’t ‘First Class’, strictly speaking.

US low-cost airline JetBlue, which began flying in 2000 and quickly grew into a leading brand, first announced it would venture into the ‘premium cabin’ territory on selected coast-to-coast domestic flights in March 2013.

Details at the time were scant, but by September that year the airline surprised industry pundits by announcing Mint – a flat-bed Business Class product on Airbus A321 aircraft between New York and both Los Angeles and San Francisco, from July 2014.

It was seen as a big gamble for the airline, previously sticking to the traditional single-class, single aircraft type, low-cost model.

The Mint cabin on JetBlue’s A321 aircraft has 16 seats across five rows.

If you’re travelling as a couple and wish to be sociable, you’ll probably want to go for a pair of the ‘Mint seats’. These are the A/C or D/F options at rows 1, 3 and 5.

Solo travellers will definitely want to secure one of the four ‘Mint suites‘. These are at 2A, 2F, 4A and 4F.

There is no additional charge for the Mint suites despite the increased privacy, additional storage space and a closing door to screen your seat from the aisle. They are simply allocated on a first come, first served basis.

When Mint was first introduced, many predicted that JetBlue would eventually charge a premium for the suites, but they have never done so.

JetBlue has dedicated check in desks at Boston airport for its ‘Mosaic’ frequent flyers and passengers flying Mint Class.

We arrived at 9.20am to find a moderate queue for these desks, so we initially joined the back.

It became quickly apparent though that adjacent to these desks JetBlue has banks and banks of self check in kiosks, most of which weren’t being used, so we figured why not just check in there?

It was a good plan, with the help of a friendly agent who came over to see if we needed any assistance, we had our bags tagged and boarding cards printed in minutes.

As we headed to the security check point having deposited our tagged luggage at the bag drop desk, we glanced back at the Mint check in line to see it had barely moved – we would definitely still have been waiting.

Pleased with ourselves for checking in so quickly, the next step once through security when flying Business Class is usually to locate the airline lounge and settle in there for an hour or two before boarding.

Here’s where the JetBlue experience differs – this is still a low-cost airline, so no provision for lounge access arrangements is made, even for frequent flyers and Mint customers.

Of course we knew this in advance, and our Priority Pass got us access to the (aptly-named) ‘The Lounge’ near gate C19.

We didn’t have time to review this one, but it’s not bad. There was actually a decent selection of breakfast options and a good coffee machine, not to mention a nice view of the planes if that’s your thing.

Most importantly it was very quiet around 9am when we were there. The Priority Pass app even mentions that access may be restricted during the busy 4pm – 8pm period so bear that in mind.

Overall though it was nothing to be excited about. Don’t go out of your way at Boston Terminal C to spend time here.

An alternative option in this terminal if you have a Priority Pass is a US$28 food and beverage credit at Jerry Remy’s Sports Bar and Grill, between 2pm and 8pm each day. See what Ben at One Mile at a Time thought of it here.

We were welcomed on board by Heather and Amanda, the two crew members looking after the ‘Mint’ cabin for our flight. They leave a hand signed welcome card on each seat, which is a nice touch.

I settled into 2F, with Eddie choosing 2A.

The seat itself is charcoal soft leather, with subtle light blue stitching. It’s very comfortable and the firmness can also be adjusted.

If you’ve opted for one of the couple pairs the seats are slightly narrower, but still look very nice.

Each seat (or seat pair) has a transparent screen behind the head area, extending the divider between seat rows by about 20cm.

On photos this looks a bit pointless, but having seen it we both agreed it’s actually really clever and gives you a significant sense of additional privacy and shielding in your seat / suite, while maintaining a light airy feel in the cabin.

Heather came to welcome us on board, offering the menu and explaining the suite functions to us. She also asked if we’d like headphones in case we were planning to use the entertainment system, and whether we would be having lunch after takeoff.

A welcome drink is served, JetBlue’s signature ‘RefreshMint’. It’s honey-infused lime-aid, with lime, mint, and club soda. It’s available with or without vodka. We both decided it would nearly be lunchtime and so a little splash wouldn’t harm!

The drink itself is great, and indeed very refreshing. We don’t know why it is served in a plastic cup, which feels a bit cheap, but this is soon resolved after takeoff when the glassware comes out.

If like us you forget almost everything the flight attendant has told you about how your seat works within a few minutes, don’t worry. On JetBlue there is also a handy guide on the in-flight entertainment system.

The same information is provided for the ‘couple’ seats.