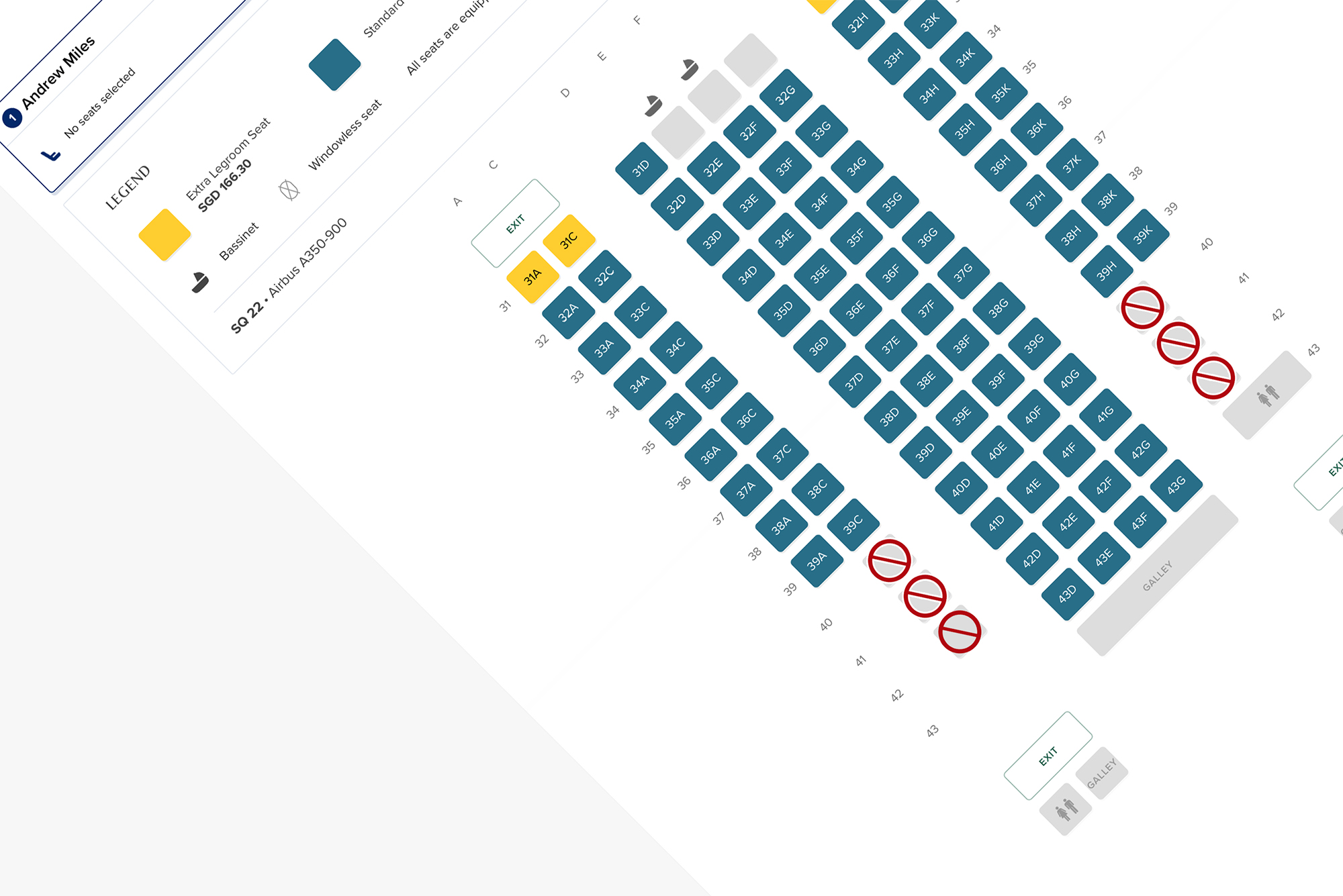 If the thought of an individual window seat in Premium Economy with a large storage box alongside and direct aisle access was enough to make a non-stop flight of 17 hours seem much more bearable, there’s some bad news. Unless you’re a PPS Club member, Singapore Airlines has now blocked these seats for advance selection.

If you cast your mind back to May 2018, Singapore Airlines had just announced the re-launch of Newark flights using their upcoming Airbus A350-900 ULR aircraft. When flights went on sale and the seat maps were revealed, you couldn’t help but notice one strange thing about the Premium Economy cabin.

Despite no curvature at the back of the passenger seating section on the A350, the airline had opted to taper the 2-4-2 configuration to a (unique?) 1-4-1 layout for the last three rows.

It turns out that Singapore Airlines had installed an additional crew rest compartment for the ultra long-haul flights, located in the ceiling above the middle seats at the last few rows of the aircraft.

That means there are no overhead lockers in the middle section of the last few rows of the A350-900 ULR.

The solution to this lack of storage space was a large storage bin for the window passengers, where a seat would normally be located. Those seated in the middle seats at these rows therefore use the overhead lockers at each side of the cabin, while passengers in the solo seats are directed to use their own stowage compartment at seat / floor level.

With the mystery solved, in June 2018 The Points Guy took a trip to Zodiac Aerospace in Texas, where the seats are manufactured, to see how they looked in the flesh.

Despite being aligned with the aisle, rather than against the window, the privacy of an individual seat plus a large storage bin that doubled up as a useful place to stow your items when closed meant these would surely become the most sought after seats on the aircraft in Premium Economy.

There is also additional floor stowage between your feet and the window, ahead of the storage bin alongside the universal power point, making it the perfect place to keep a laptop on charge for example.

Of course one of the most important aspects of these seats is that you’ll have unimpeded direct aisle access; no one to climb over to reach the aisle and no one climbing over you to do the same.

The six seats you need for this experience are:

Unless you’re a PPS Club member, in which case this is probably good news, you now won’t be able to select one of these solo seats in advance on A350 ULR flights like you could before.

The A350 ULRs are flying the following flights to and from Singapore:

* Note that the Daily SQ31/32 A350 flight to and from San Francisco is operated by a regular 3-class A350. Only the three times weekly SQ33/34 has the ULR configuration.

At 48 hours before departure, any of these six blocked seats that haven’t been allocated to a PPS Club member are typically then released for selection to all passengers.

Tools like ExpertFlyer will help you decide whether it’s worth getting online 48 hours before your departure time to check. 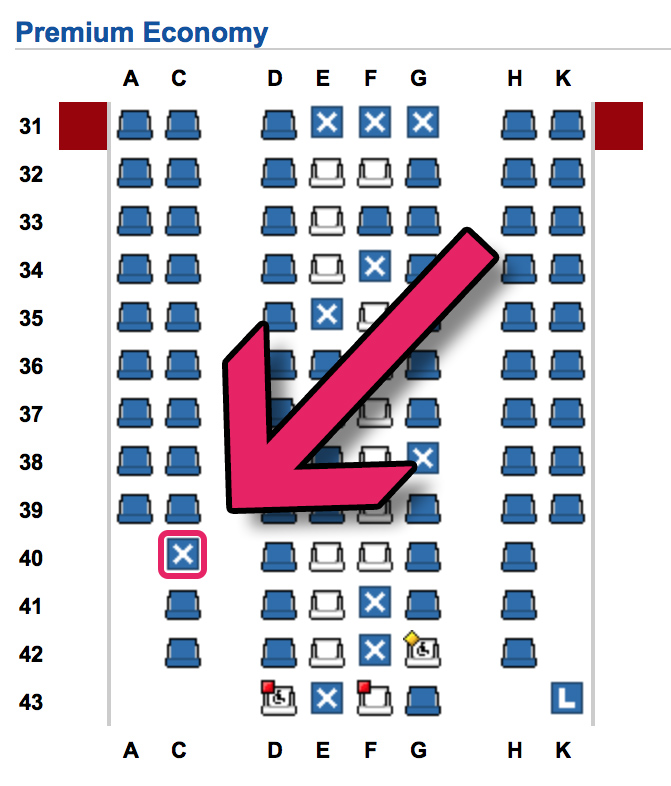 A friend of ours who is a PPS Club member confirmed they were able to make a dummy booking and select this seat, but our non-PPS dummy booking still didn’t allow it: 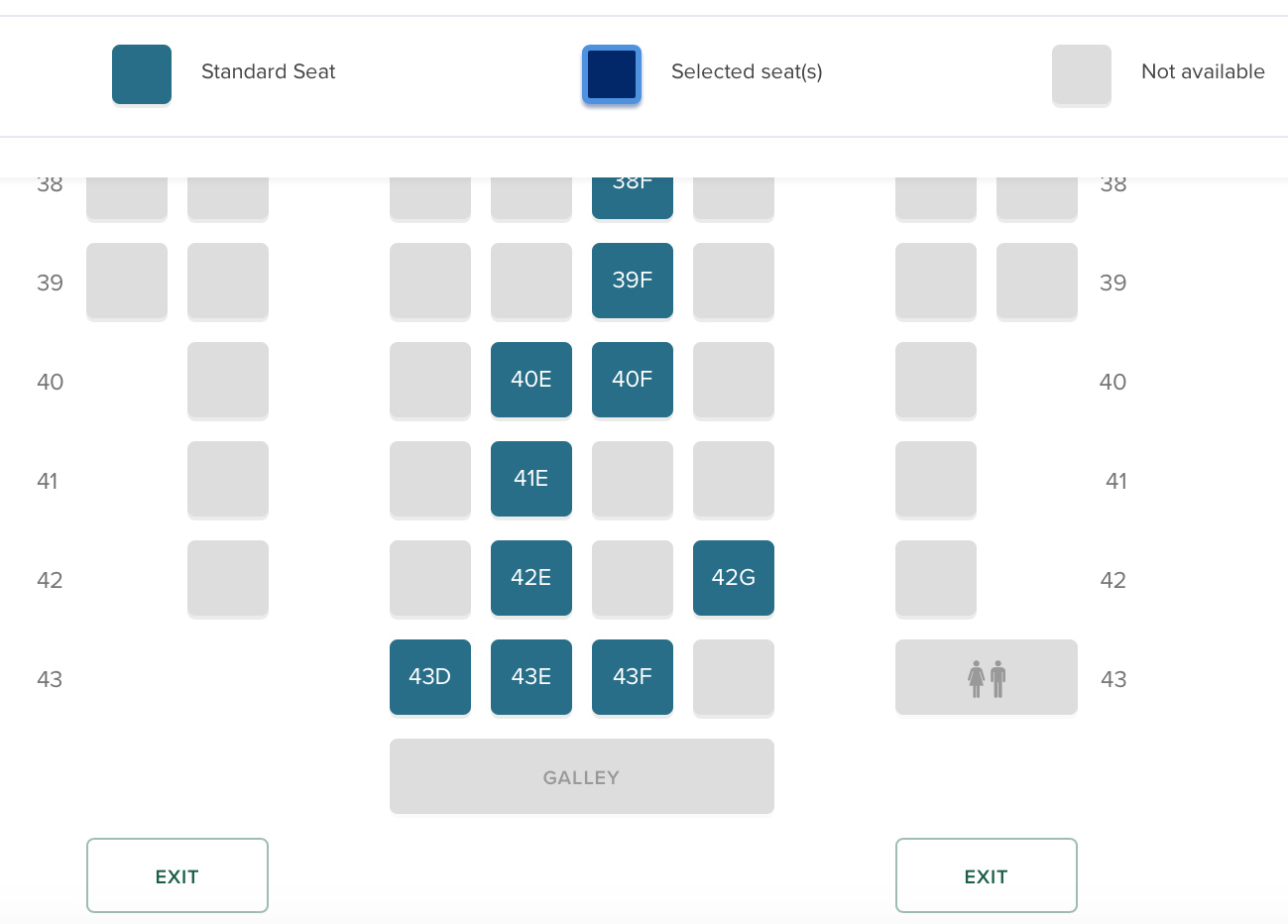 As soon as the clock struck 48 hours before the flight, voila. The block is released: 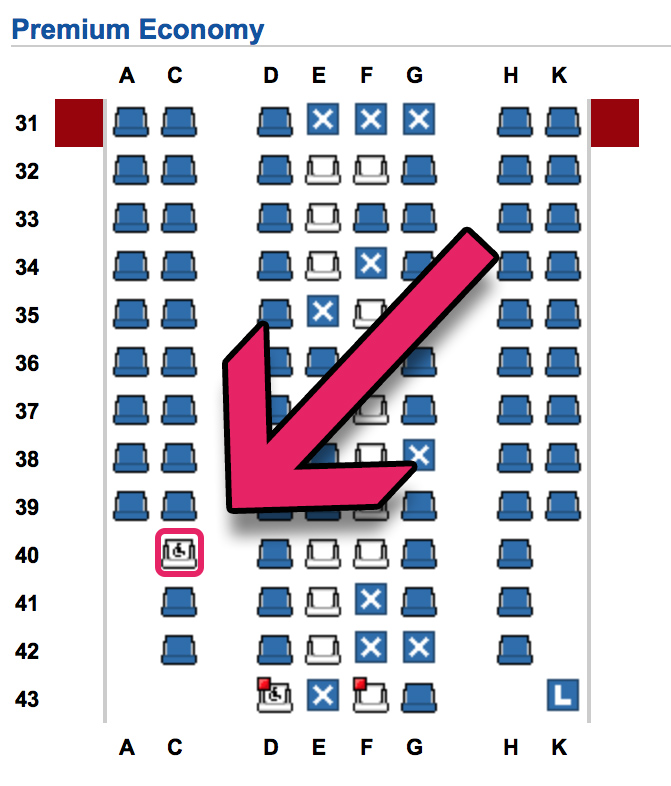 ExpertFlyer is now happy, and so is Singapore Airlines: 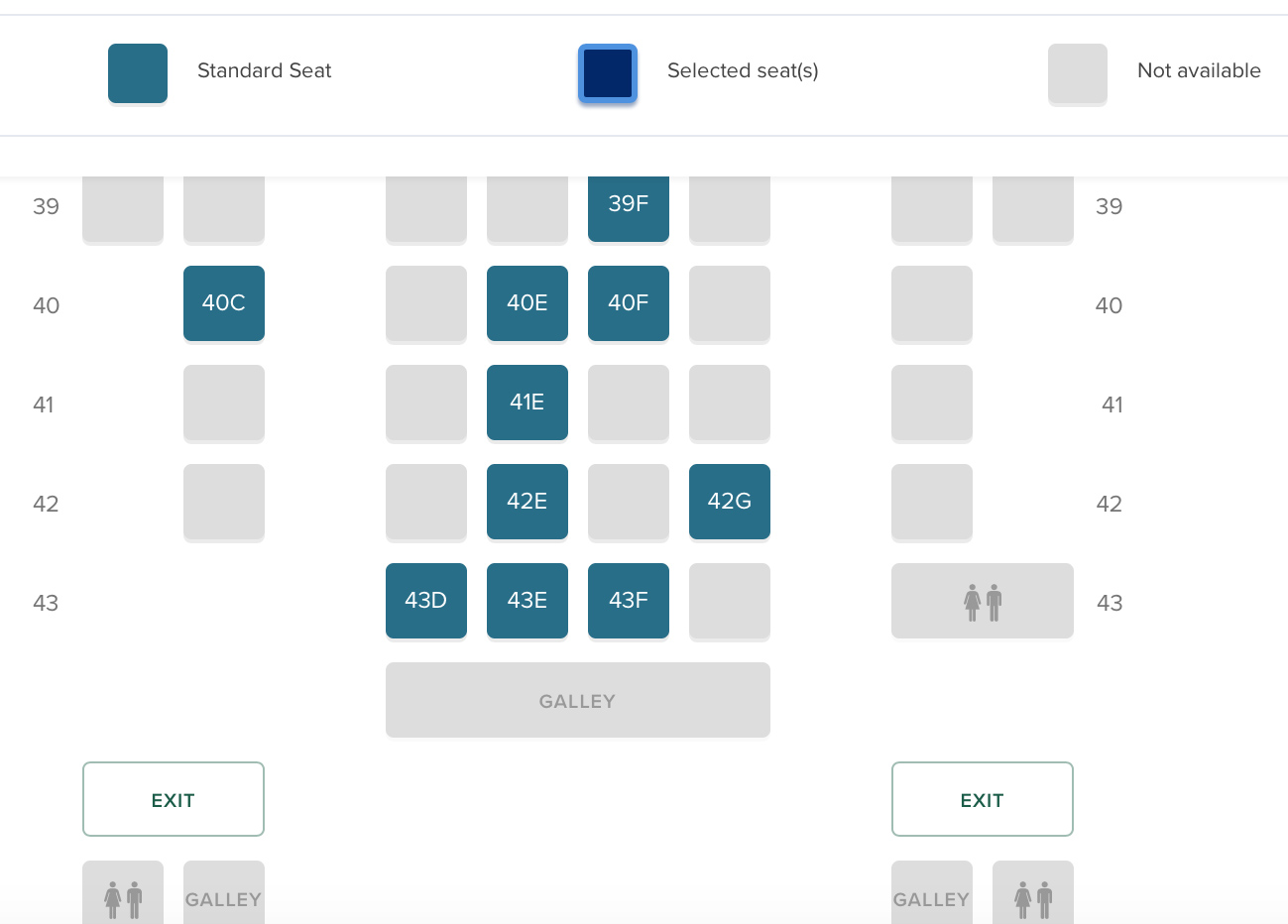 This is your best opportunity to jump on these seats, exactly 48 hours before departure, which is also when online check-in opens.

If ExpertFlyer or a similar tool shows all six solo seats already occupied at more than 48 hours before departure (no blocked seats), then you’re probably out of luck, however if there are blocked seats (‘X’ marks) it is definitely worth logging on at this point to try and move your seat assignment into one of them.

As a non-PPS Club member you probably won’t get that much choice over which of these seats you can secure 48 hours before departure time, however it is worth noting that the rearmost seat on the right side, 42H, is directly in front of one of the three Premium Economy Class toilets.

There is likely to be a fair amount of foot traffic and noise during the flight in this area. Stick to the left aisle if you can (C seats), as there is no toilet in the same location on the left side, or sit as far forward as possible (40H and 41H are probably ok).

They could have charged for these seats

When these seats were first revealed in June last year, we predicted that Singapore Airlines would eventually start charging extra for them due to their inevitable popularity.

That hasn’t happened, with the airline instead opting to block them for advance selection by PPS Club members only.

To us that’s strange as the airline only has four extra legroom seats to sell in this 94-seat cabin on the A350 ULRs. They charge US$120 (over S$166) per passenger in each direction to and from the USA for these four seats.

We think they could easily charge the same for the six solo seats too, perhaps under a different category, as they don’t have any extra legroom as such.

Nevertheless the airline’s PPS Club customers are its most valuable, and many of them will certainly appreciate the increased opportunity to select these seats at booking stage, either when flying a cash fare or award ticket.

If you’re not a PPS Club member but you managed to have one of these solo seats allocated for a forthcoming flight – don’t worry you aren’t about to be kicked out of it.

It’s important not to change your seat now, as you may then be unable to reallocate it, but any selection made before the policy changed should be safe.

If you are interested in taking one of these long-haul flights in Premium Economy, be sure to check the cash fares before exploring redemption availability.

There are still some very low prices, for example in October 2019:

Some shift in policy regarding these six popular solo seats on Singapore Airlines’ non-stop ULR flights to and from the USA was probably inevitable, but rather than apply an additional charge for selecting these the airline has instead opted to reserve them for advance selection by PPS Club members.

If you have an existing booking on a Singapore Airlines A350 ULR flight in Premium Economy and have already secured one of the solo seats, don’t worry. The airline is not moving people out of them, but simply now reserving them for advance selection to PPS Club members only.

Assuming you’re not a PPS Club member you’ll need to check the seat map when online check-in opens almost exactly 48 hours before your flight departure for the best chance to secure one of these seats.