Skip to content
Cathay Pacific has rolled out free Wi-Fi for First Class passengers, but there's still a 1 in 3 chance your plane won't have it installed 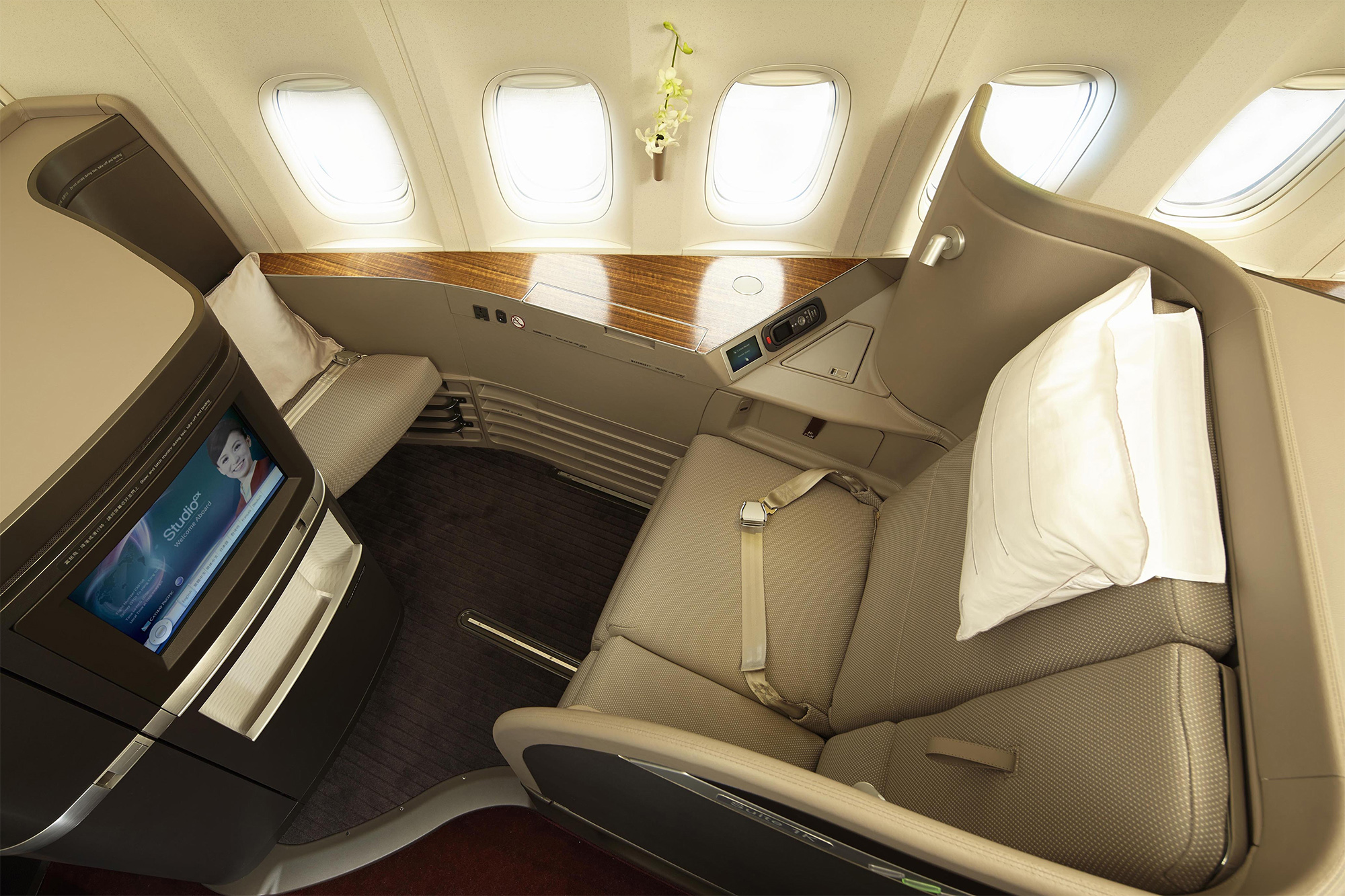 Hong Kong-based Cathay Pacific has been rolling out a few enhancements lately for its premium passengers. Earlier this year the Business Class cabin got a new dining concept, now rolled out across all routes, and all cabin classes are starting to benefit from an upgrade to the in-flight entertainment systems.

In mid-November the airline also announced a service enhancement in its First and Business Class cabins, including new wellness cuisine and refreshed amenity kits and bedding by Bamford.

Free Wi-Fi is the latest benefit

In a December newsletter sent out to Marco Polo members yesterday, the airline has revealed that all First Class passengers will receive complimentary Wi-Fi for their entire flight when travelling on equipped aircraft.

The benefit actually started a couple of weeks ago, with First Class flyers reporting it on the Cathay Pacific FlyerTalk forum as effective from 18th November 2019.

Which Cathay Pacific aircraft have Wi-Fi?

Cathay Pacific offers in-flight Wi-Fi connectivity on all its Airbus A350 aircraft, plus the majority of its Boeing 777-300ERs and some Boeing 777-300s.

The airline plans to equip all its aircraft (including Airbus A330s, which currently miss out completely) with Wi-Fi by the end of 2021.

That means as of today when flying Cathay Pacific First Class you only have a 65% chance of even boarding an aircraft with a Wi-Fi system installed. Free Wi-Fi is only any good if Wi-Fi is available in the first place.

Obviously this situation will improve as more aircraft are refitted, but it’s not clear whether Cathay are prioritising the 777-300ERs with First Class cabins for refit over the other types, so there may still be some wait before it’s guaranteed.

Specific routes don’t seem to have any preference either. For example, Cathay Pacific runs six daily flights from Hong Kong to London. Three of those have a First Class cabin installed; CX251, CX253 and CX255.

That’s 21 flights a week on this route with a First Class cabin, so we took a look at how many of those in the last seven days (28th November – 4th December) were operated by Wi-Fi equipped aircraft.

The answer was 13, which represents a 62% chance on the route – relatively close to the fleet average.

We looked at the Hong Kong – Los Angeles route over the same period and it was a similar story – 14 out of 21 flights had Wi-Fi, the equivalent of a 67% chance.

The full fleet configuration details for Cathay Pacific are maintained here by a FlyerTalk group, including details of Wi-Fi capability.

There are no data caps with any of these packages.

In a similar fashion to the Singapore Airlines complimentary Wi-Fi allowances, Cathay Pacific First Class passengers will simply have to enter their last name and seat number for the system to waive the connection charge for the entire flight.

Asking First Class passengers on long-haul flights to spend an extra US$20 to access Wi-Fi during their flight always seemed illogical, given they can sip through much more vintage Champagne than that if they wish!

In that respect the new complimentary Wi-Fi offer for these customers is welcome. Marco Polo Diamond members flying in lower cabin classes may feel a little aggrieved that they haven’t been included, for example Singapore Airlines offers a free 100MB Wi-Fi allowance for PPS Club customers travelling in any cabin on equipped aircraft.

The biggest downside is that as of December 2019 you’ll still only have a 65% chance of having your flight operated by a Wi-Fi equipped aircraft when flying Cathay Pacific First Class.

Until you get on board, there’s no guarantee you’ll stay connected at all – let alone for free.