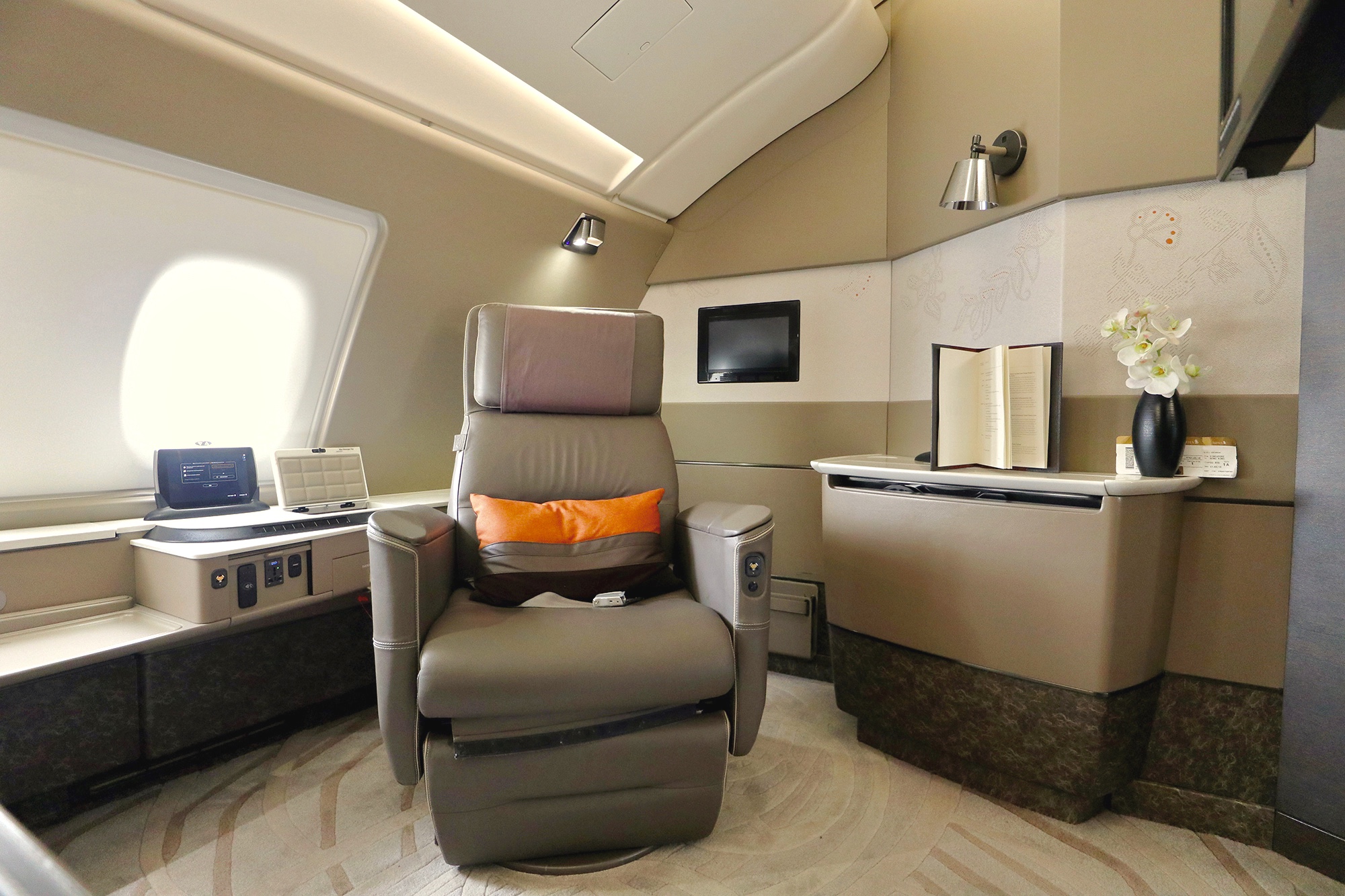 New routes for Singapore Airlines’ latest Airbus A380 cabin configurations are closely followed. That’s not surprising, with many of our readers still vying for the chance to experience the airline’s newest closed-door Suites and latest Business Class product with ‘double bed’ options.

In the latest schedule update, SIA has allocated the new A380 configuration to a daily Auckland flight from 25th October 2020, for the published northern winter season.

It’s only the second city in the South West Pacific region, and the longest route on the network outside Europe, to receive the new cabin products.

Singapore Airlines and Air New Zealand have been operating flights between Singapore and New Zealand under a joint venture arrangement since 2015.

Recently the two carriers announced a capacity hike on the Singapore to Auckland route during the March to October 2020 period, including some peak season (i.e. Easter) A380 Version 1 deployment in April 2020.

While Air New Zealand operates two of the three flights per day under the joint venture on this city pair from March to October, in the northern winter season SIA takes the lion’s share of traffic on the route with two daily flights; one using the Boeing 777-300ER and the other with the Airbus A380.

It’s Singapore Airlines’ 9 hour 55 minute overnight service to New Zealand which picks up the latest A380 cabins from 25th October 2020.

From the following day, 26th October 2020, you can enjoy daytime service on the longer 10 hour 40 minute Auckland to Singapore sector with the new products – in our view a better way to fully experience the new Suites.

You can even pop into The Private Room for a late supper and a final glass or two of vintage Dom Perignon after landing in Changi from SQ286 if you wish, just to make sure you don’t miss out on the full experience.

Naturally you’ll have TPR access before departure on SQ285 as always.

Don’t miss our review of The Private Room for a good idea about the experience in store, though the lounge is part of a revamp occurring over the next couple of years for an even better experience to come by late 2021.

You can see where else Singapore Airlines is operating its new A380 cabins at our continually updated tracker page.

If you’re flying on the Auckland route from late October 2020 on the Airbus A380 the seat map will (very happily) look like this: 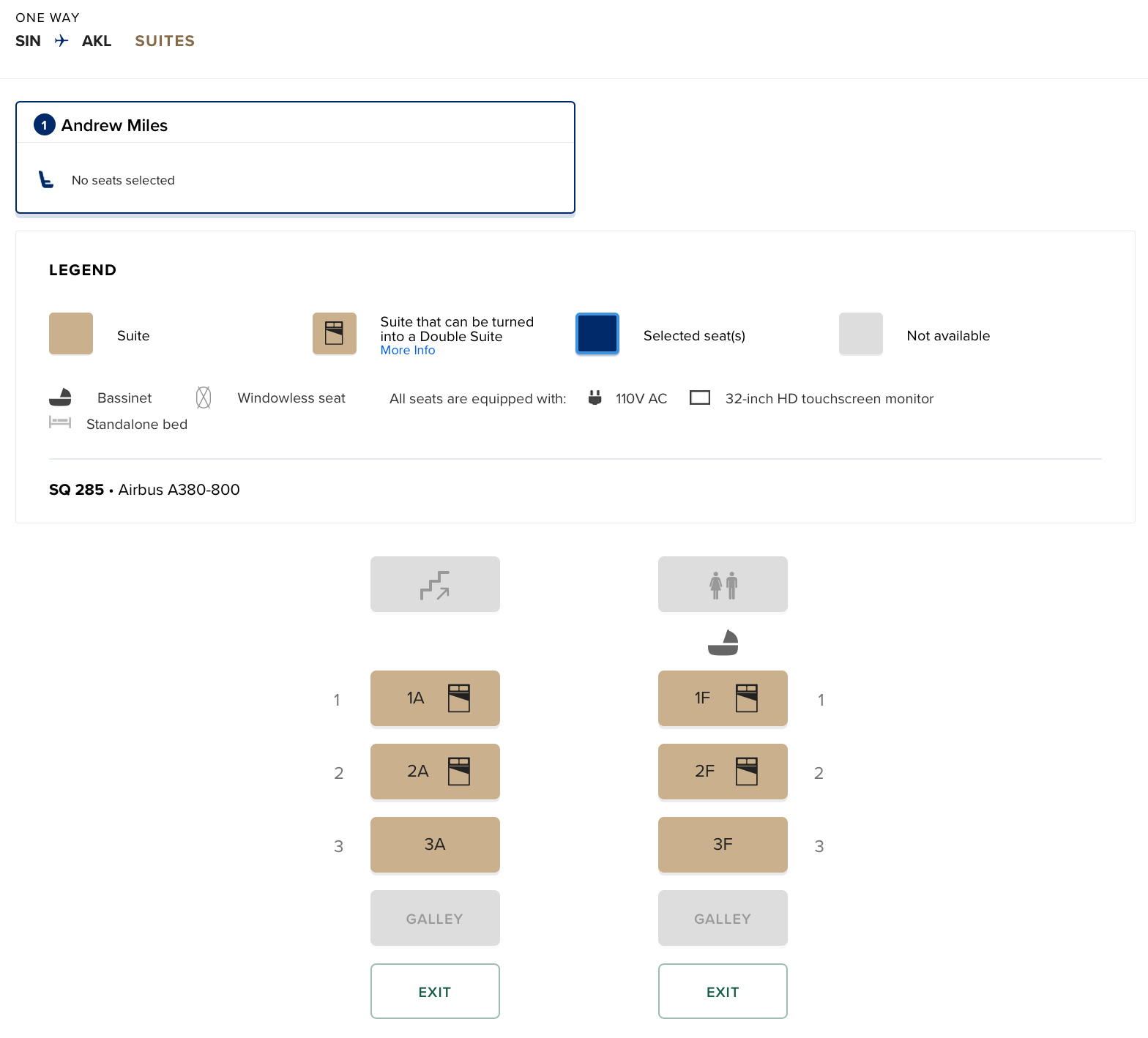 Couples will clearly want to go for the two double suite options at 1A/2A or 1F/2F. Here the dividing screen between the suites retracts and allows for a double bed setup.

Suites 3A and 3F are standalone options, without the ability to combine with adjacent suites. They also have the smallest footprint and are close to the galley, potentially leading to some light and noise disturbance.

While we don’t want to spoil anyone’s fun by blocking the double suites, as solo travellers we would still choose row 1 or row 2 for not only a larger suite (row 3 suites are the smallest), but less potential disturbance.

We’ve got first-hand experience of both the 2017 Business Class and 2017 Suites Class on the Singapore Airlines new Airbus A380 right here on the site. Check the links below to read our detailed reviews. 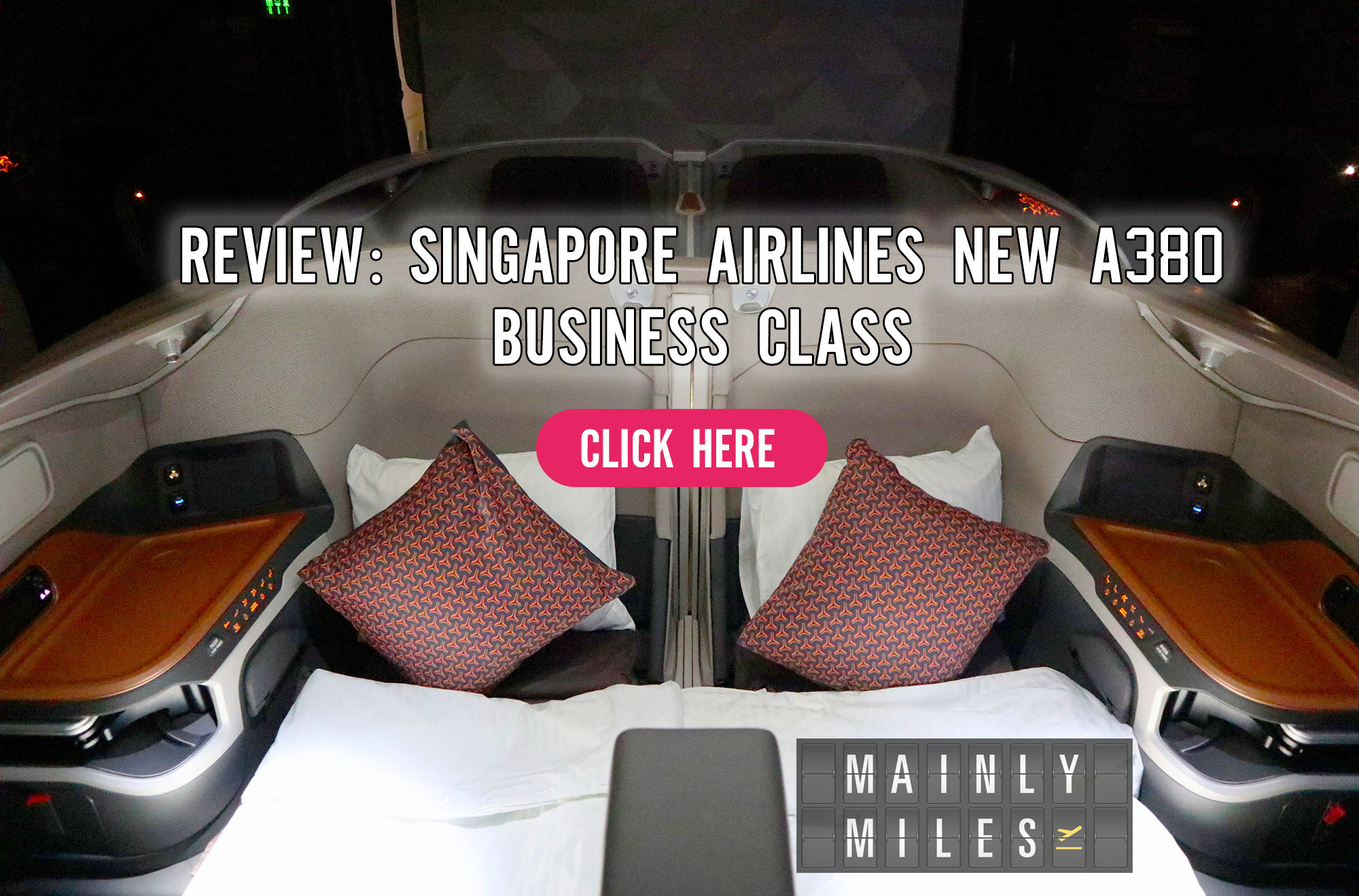 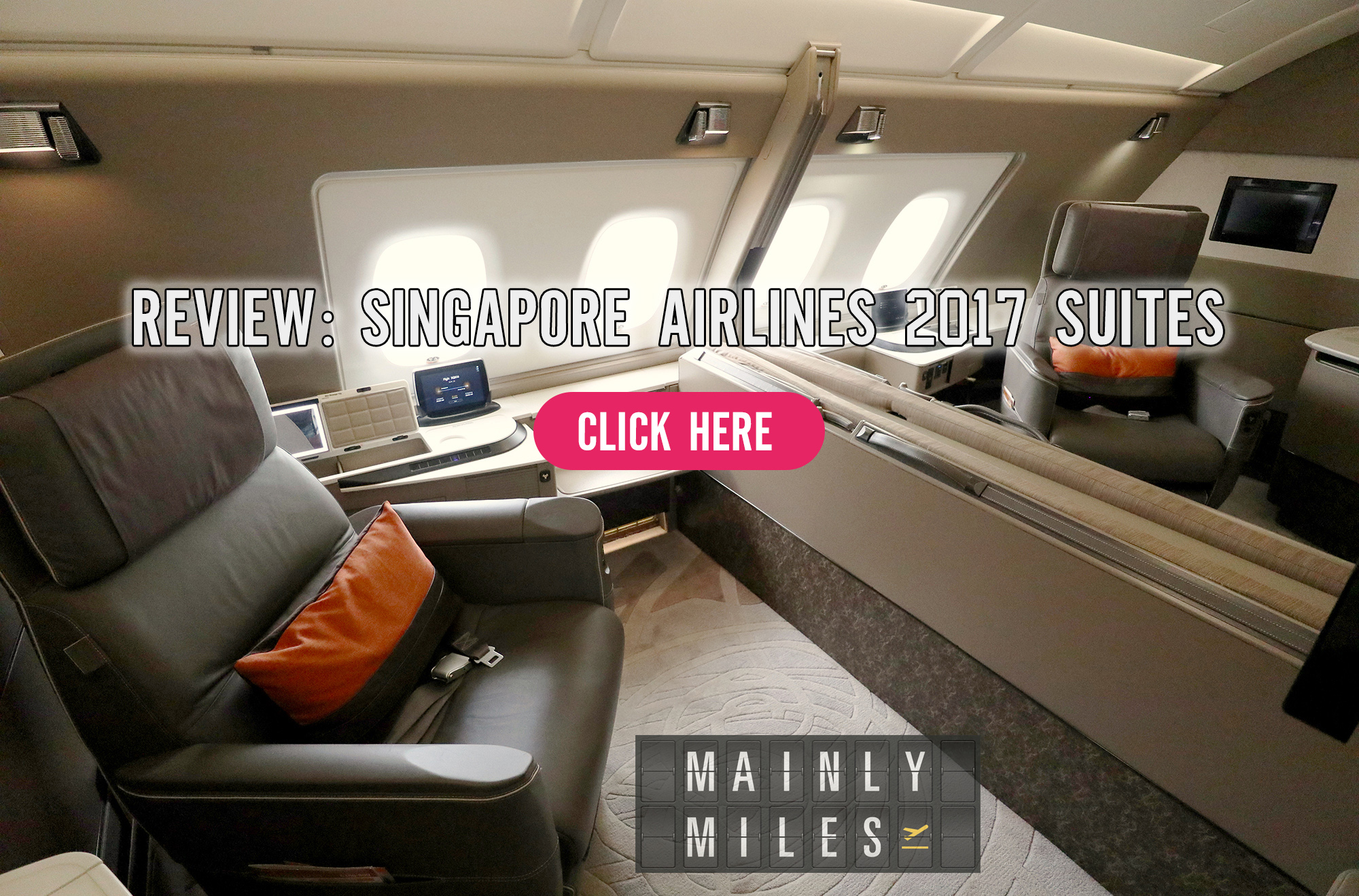 These overviews should help you learn what to expect from the airline’s latest A380 products if you haven’t flown them before. There are a few drawbacks, but for the most part – you’re in for a treat!

Here are the one-way redemption rates you’ll pay by cabin class on the Auckland route, in either direction, using the KrisFlyer program for a full flight redemption.

In both cases that’s a good 15% less per minute than you’re paying on average for a KrisFlyer saver award. Indeed it’s 179 miles per minute to and from Sydney in the new Suites, but with the longer Auckland route falling into the same redemption zone you’re picking up a saving of 22% per minute to fly the new Suites to or from New Zealand.

As you would expect there is very little immediately confirmable award space to and from Auckland in the new Suites from 25th October 2020 to the end of the published schedule in early December 2020.

There is some availability from Auckland to Singapore though, remarkably with two Suites awards up for grabs on three dates, as follows:

Getting a saver award rate in the new Suites cabin on a long-haul route, especially at this competitive 85,000 miles level for 10 hours and especially not for just one but two passengers on the same flight, is almost unheard of.

You’ll need to jump on these almost immediately if you’re interested – they won’t last.

For the rest of the published and bookable schedule, which only currently extends just over a month, it’s a case of waitlist for saver Suites but typically confirmable for advantage Suites at a (probably unpalatable) 155,000 miles each way.

With SIA’s A380 refit program on a serious go-slow, it looks like another route must make way for these new cabin products to and from Auckland.

This time it’s Tokyo that loses out. That route hasn’t even started getting the new cabins yet (they’re due to debut on 1st January 2020), but the daily SQ638/637 service to and from Narita will sadly downgrade to the Boeing 777-300ER from 25th October 2020.

Finally another Australia / New Zealand route gets the latest A380 cabin products, and it’s the best of the bunch in value terms.

Auckland will in fact be the longest non-European route to receive the new A380 Suites and Business Class products, and at the same redemption rates as the shorter Sydney sectors it’s great value in both cabins.