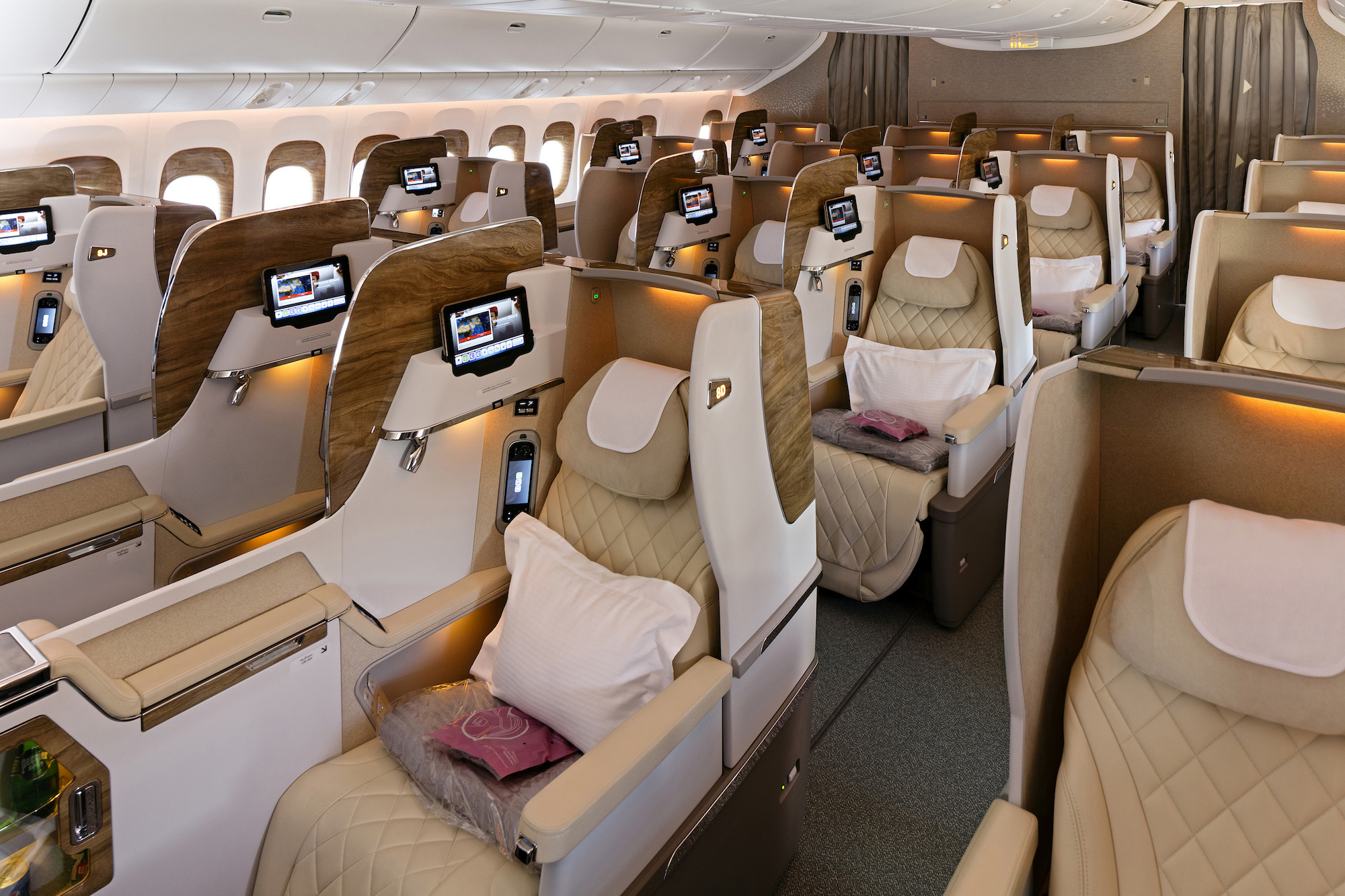 An interesting new fifth freedom flight from Singapore was announced this week by Dubai-based Emirates, with the carrier revealing that it would extend one of its four daily Dubai – Singapore services to the Malaysian island of Penang.

The route, set to launch in early April 2020, will be operated by a Boeing 777-300ER. That means the addition of closed-door Suites in First Class and lie-flat beds in Business Class on this 90-minute flight.

Penang is Emirates’ second route in Malaysia, with the airline already operating three Airbus A380 flights per day between Dubai and Kuala Lumpur, based on GDS schedules in April 2020.

As many of you will know, in September last year Emirates sought to end its Singapore – Brisbane fifth freedom route due to what the airline described as “substantial losses”.

Since Emirates was operating in partnership on the route with Qantas, in order to stop flying the daily service the matter had to be passed to the Competition Commission, with a period of public consultation.

In November last year the commission approved the request, and Emirates announced it would cease the route from late March 2020.

That’s where Penang comes in.

Emirates already codeshares on Jetstar Asia services between Singapore and Penang and so will already have very good data on how many passengers fly on its codeshare services with Jetstar to and from this destination as part of a wider itinerary.

Here’s how Emirates will be extending its EK348 service to Penang from April 2020:

The timing of this service is conducive to taking a half day off work, especially on a Friday for example, then hitting Georgetown’s famous street food in time for dinner.

On the way back to Singapore, you’ll really maximise your last day in Penang with a 10pm departure, though of course you may stuck be without a hotel room from around lunchtime.

The airline has planned its sub-fleet with 354 seats featuring the older cabin products for this Penang Route.

The aircraft is laid out with 8 closed-door First Class Suites, 42 Business Class lie-flat seats in a 2-3-2 configuration, and 304 Economy Class seats in a mostly 3-4-3 configuration.

These aircraft are equipped with a crew rest compartment and are typically used on long-haul / ultra long-haul routes, suggesting the crew operating these Penang services will fly two sectors from Dubai then overnight in Penang, rather than Singapore.

Not all the capacity will be for the Singapore – Penang – Singapore sectors of course, with Emirates hoping for a large number of customers flying all the way to and from Dubai (and in that case mostly connecting to other cities on its network, such as European ports).

For example the airline is offering only two First Class seats for sale on each SIN-PEN flight at this stage, in the expectation that the other six seats will be needed for long-haul passengers through its Dubai hub.

There are already 107 flights per week programmed in April 2020 between Singapore and Penang, not including these additional seven times weekly Emirates flights.

That puts Emirates up against mainly low-cost competition in the Economy Class cabin, which as you’ll see shortly reflects in the fares on offer.

This will also be the only wide-body passenger service between Singapore and Penang, which Emirates notes will allow up to 15 tonnes of cargo on each flight – an important revenue driver.

The only other airline operating between Penang and the Middle East is Qatar Airways, with their five-times weekly Doha service.

Occasionally one of the 12 newer 777-300ERs with a crew rest compartment (but not the new First Class Suite) are substituted on these routes, and these have the new Business Class cabin. You’ll be able to tell the difference only from the Economy Class seat map, which has two more seats (50A and 50B).

Pro Tip: If you’re keen to try Emirates’ new Boeing 777 Business Class product, the daily EK404/405 flights between Singapore and both Melbourne and Dubai are always planned with this fit (old First / new Business) at the time of writing.

Emirates currently has no plans to fly its new fully-enclosed Suites product (see our review) on its Singapore routes, with only nine aircraft currently sporting the configuration they are currently found flying between Dubai and:

If you want to use miles or points to redeem Emirates flights between Singapore and Penang, these are the rates you’ll pay by frequent flyer programme.

You can transfer points and miles into these schemes from the following credit cards in Singapore:

Award space has not yet been loaded for this route, though that should change in due course. Edit: Award availability has now started to become available.

With the exception of using Qantas points for a First Class or Business Class redemption, none of these rates look to represent good value for your miles against cash fares offered on this route.

Fifth freedom routes like these are often better value using cash, since the airline typically has a large volume of seats to sell to a market unfamiliar with its existence on the particular city pair.

Perhaps the best value here is a roundtrip from Penang to Singapore and back in Business Class. At S$535 per person, including lounge access at both ends.

These fares are available practically every day, with the exception of the Christmas 2020 period in Economy Class where Emirates is hoping to collect a little more revenue on the route.

Upgrades to Business Class from a cash ticket start from 10,000 Emirates Skywards miles on this route (if you fork our for an Economy Flex Plus ticket), or 13,000 miles from an Economy Flex ticket.

Emirates hasn’t revealed which lounge it will be using in Penang for First and Business Class passengers heading to Singapore and Dubai, but it’s likely to be the Plaza Premium Lounge.

The only other option at the airport – the Cathay Pacific Lounge – isn’t open for the Emirates flight departure time.

The Plaza Premium Lounge on Penang’s International Departures side is also on Priority Pass. By all accounts it’s small, windowless, and alcohol-free (with the exception of canned beer).

On the plus side there is a chef’s station with a decent food menu. Check out these reviews here and here.

In Singapore you’ll be directed to use the Emirates combined First and Business Class lounge, located near the C gates in Terminal 1 (right next door to the brand new Qatar lounge).