Skip to content
American Express is offering an increased sign-up bonus of 21,000 miles for its Singapore Airlines co-brand credit cards 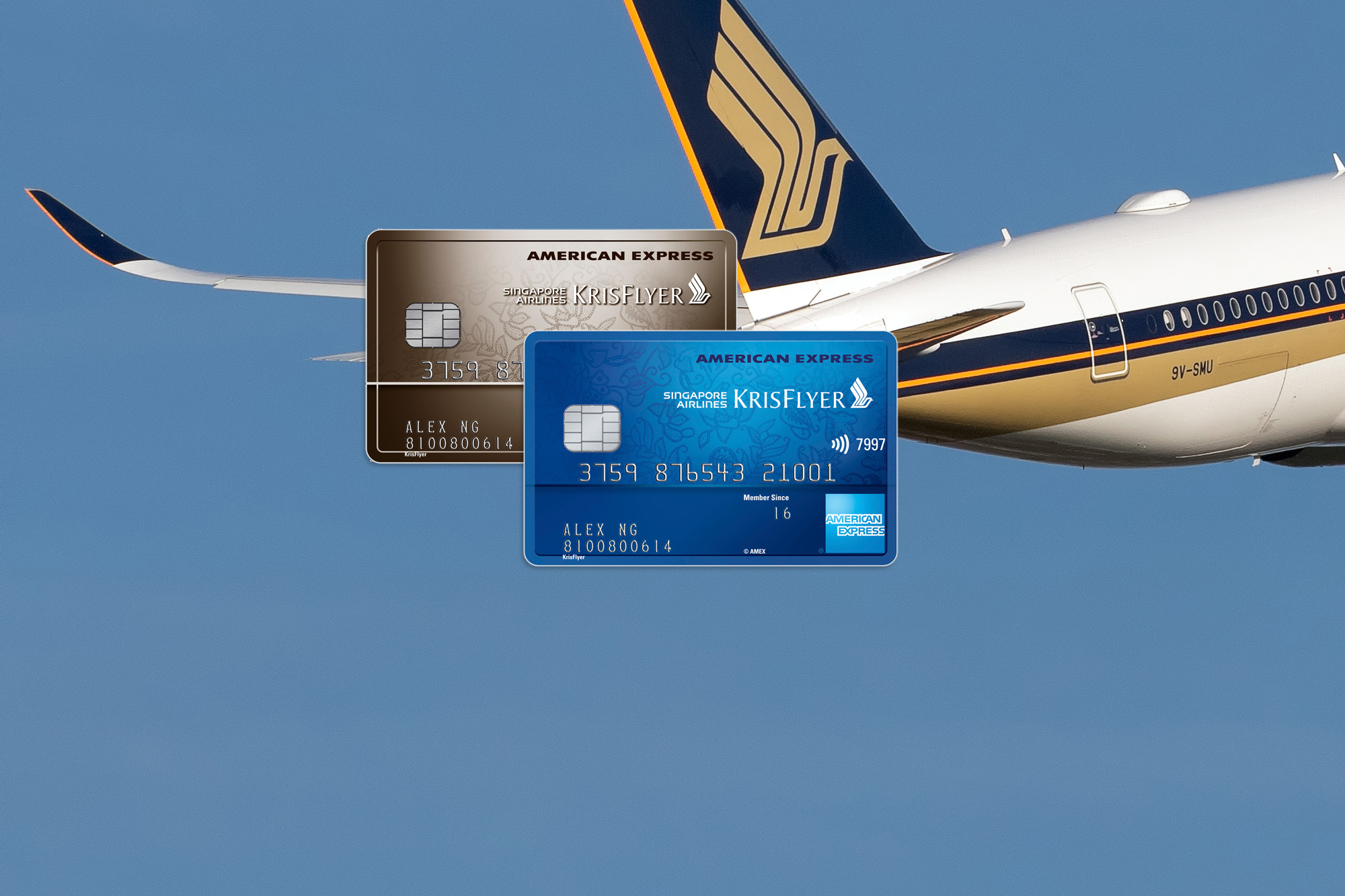 American Express has increased the sign-up bonuses for its Singapore Airlines KrisFlyer co-brand credit cards, for new card approvals between now and the end of April 2020, with 21,000 bonus miles on offer for both the baseline blue card and the Ascend version.

Previously successful applicants for the entry-level KrisFlyer Blue card received a 5,000 miles welcome bonus plus 7,500 bonus miles for meeting a minimum spend of S$3,000 in the first three months of card membership, for a maximum total bonus of 12,500 KrisFlyer miles.

The Ascend card on the other had also had a 5,000 miles welcome bonus but offered 15,000 miles if you managed to spend at least S$10,000 on the card in the first three months, for a maximum total bonus of 20,000 KrisFlyer miles.

The new deal is a nice enhancement for the Blue card – you can generate an enhanced 8,000 bonus miles not just once by spending S$5,000 in the first three months but also a second time by meeting the same spend threshold in months 4-6 of card membership.

For the Ascend card it’s a marginally higher bonus than before in the first three months of 16,000 miles for the same spend threshold of S$10,000, with no ability to replicate it again in months 4-6 of card membership like with the Blue card.

That’s strange since in the past when Amex has offered the ‘double bonus’ option in months 4 to 6, it’s been offered on both cards. This time it’s just on the blue card.

This new sign-up promotion is effective for card approvals from 1st February 2020 to 30th April 2020. 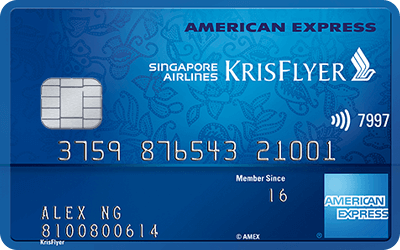 Thankfully American Express has stopped using its misleading “Welcome bonus of up to xx,xxx miles” advertising by also adding the regular earning rates plus things like supplementary card bonuses and referral bonuses to the pure spend bonus itself.

The hasn’t stopped the up-sell of course, and they now advertise this as a way to “receive up to 40,500 KrisFlyer miles in your first 6 months”. Don’t be misled, 11,000 of those miles are those you earn anyway from spending on the card at 1.1 miles per S$1.

You can easily achieve higher local earn rates per dollar on other credit cards in Singapore, so you are actually more likely to be giving up some miles to achieve the bonus offered in this deal.

Again American Express are advertising this as a way to “receive up to 43,500 KrisFlyer miles with minimum spend in your first 3 months”. True – but 12,000 of those miles are those you earn anyway from spending on the card at 1.2 miles per S$1, and again a couple of supplementary cards and a successful referral are thrown in for good measure.

What about existing American Express cardholders?

To be eligible for this bonus miles promotion, you must not be an existing American Express Singapore credit card member.

You’ll have to apply and receive approval between 1st February 2020 and 30th April 2020, and in the case of the Ascend card, pay the first year annual fee of S$337.05 (including GST) in the first statement.

One exception is that new applicants for the Singapore Airlines KrisFlyer American Express (Blue) card who hold an existing Basic American Express Card at the point of application, will be entitled to a smaller spend bonus when they take out the blue card:

That’s not particularly worthwhile if you’re diverting this spend away from higher earning credit cards.

Approximately 8-10 weeks after you meet the spend threshold in each respective three-month offer period. That means if your card account is activated on 1st March 2020 and it takes you until the end of each three-month period to achieve the required spend, your bonus miles won’t credit until:

If you’re in a hurry for extra miles, this deal probably isn’t for you.

Which transactions are ineligible?

Some fairly obvious and standard spend categories are not eligible for consideration under the minimum spend threshold for the bonus miles in each period, including cash advances, American Express Travellers Cheque purchases and EZ-link top-ups.

For a full list see the terms and conditions document for the Blue card and the Ascend card as appropriate.

We’ve recently updated our top sign-up bonuses page for miles earning credit cards in Singapore. Currently it’s still the Standard Chartered Visa Infinite with the highest upfront bonus of 35,000 miles (at a cost of 1.68 cents each with the annual fee) or the HSBC Visa Infinite with the same bonus for 1.86 cents per mile.

The DBS Altitude is another one to consider, with a 10,000 miles sign-up bonus when you spend S$6,000 in the first three months, good for new cards issued between now and 31st March 2020. 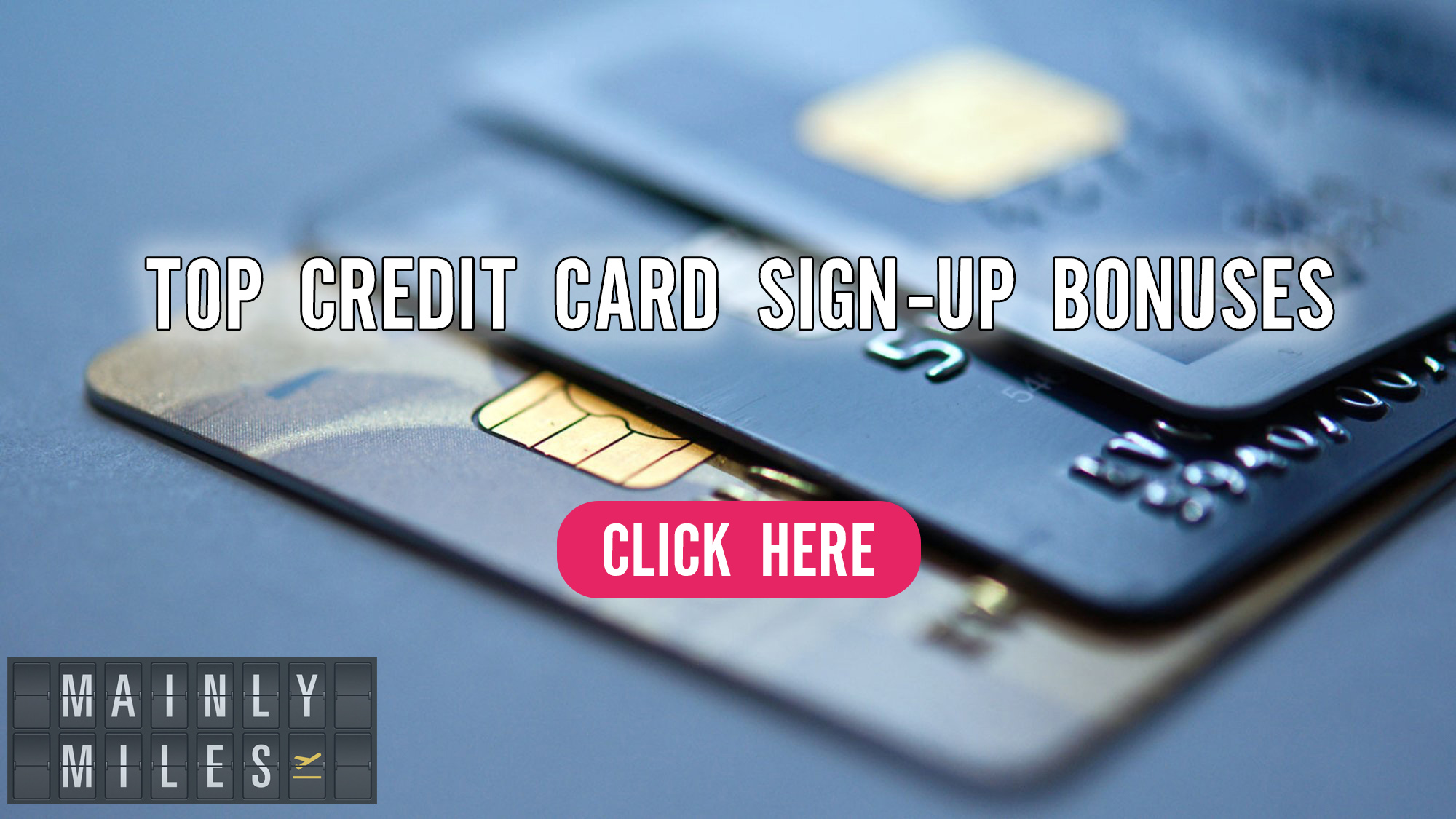 We have also updated our full reviews of the KrisFlyer Amex Blue and KrisFlyer Amex Ascend card to reflect the new sign-up bonuses now in force. You can read many more details about the other card benefits there.

The Amex KrisFlyer Blue card gets the best boost here in our opinion – a relatively achievable 21,000 miles bonus with no annual fee in year one. A better 25,000-mile bonus was available last year however, so this isn’t exactly ground-breaking.

For the Ascend card, the new bonus is only marginally higher than the previous one offered. Again, the deal last June was better.

If you’re are interested then whichever of the two deals suit you best, Blue or Ascend, you probably won’t want to keep either of these cards once you’ve met the spend threshold to trigger the bonus miles. There are simply better general spend cards on the market. Amex are no doubt aware of this and want to keep you using the card for longer, probably close to six months in this case, hence this bonus structure for the Blue card.

Remember the KrisFlyer Blue card is fee-free in the first year so the bonus miles remain technically ‘free’ assuming you have S$5,000 to spend to make in the next three months, or S$10,000 in the next six months.

For the KrisFlyer Ascend card the annual fee of S$337.05 remains payable, meaning you’re effectively ‘buying’ KrisFlyer miles for 1.61 cents each with a S$10,000+ spend in three months.

Remember the welcome bonus element (5,000 KrisFlyer miles in each case) is only applicable to first time applicants for any co-branded American Express Singapore Airlines credit card.