Skip to content
On average, only 30 passengers boarded each Singapore Airlines flight in April 2020 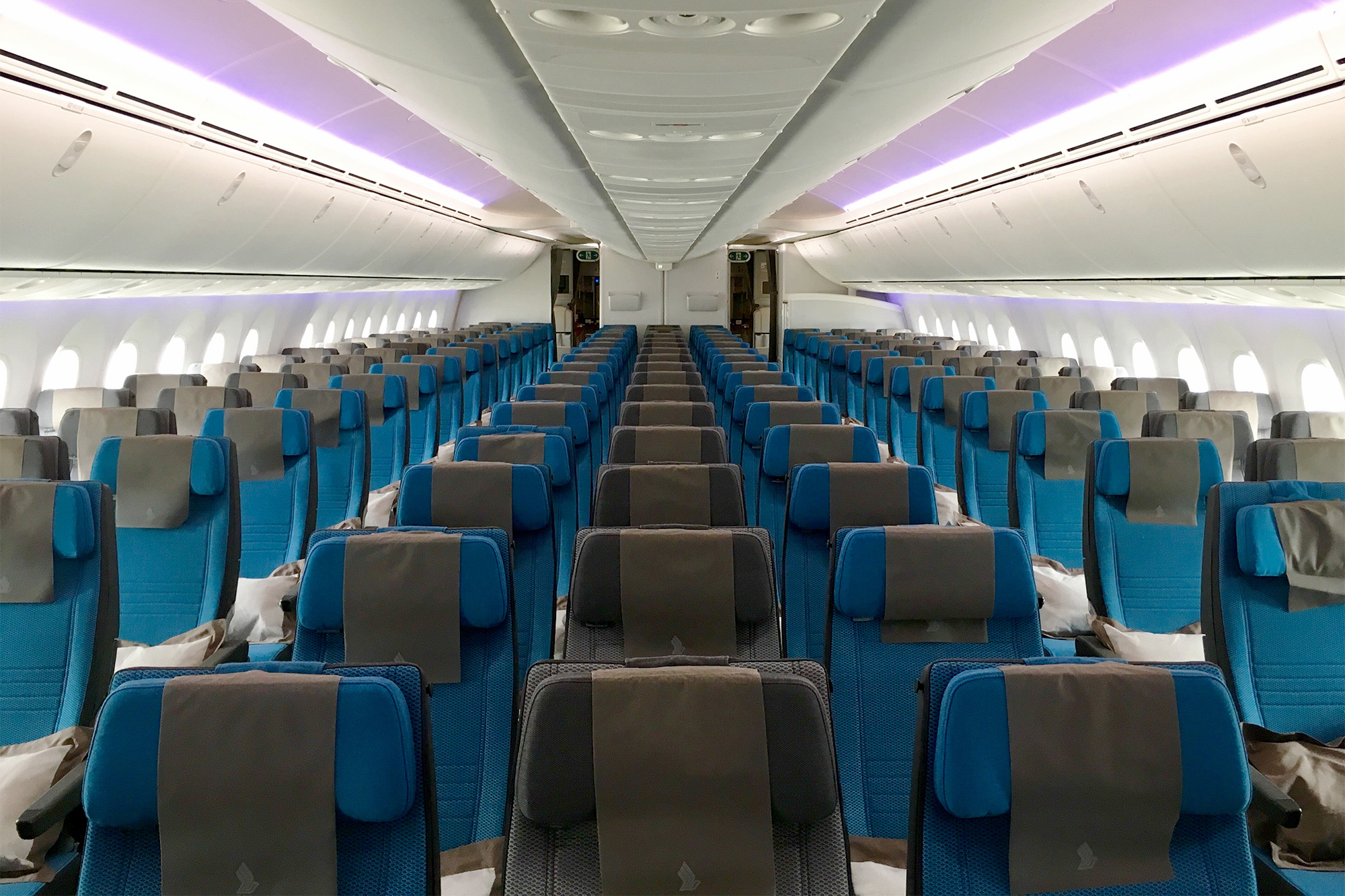 Singapore Airlines released its traffic statistics for April 2020 earlier this evening, which paints a bleak picture of the falloff in demand as a result of travel lockdowns across both the Asia-Pacific region and the world, with the airline carrying 99.5% fewer passengers compared to the same month in 2019.

The news came only a day after the airline group revealed its first ever annual loss of S$212 million, due to the COVID-19 outbreak and significant fuel hedging losses.

“In April 2020, the SIA Group’s airlines recorded a 99.6% year-on-year decline in passenger carriage… as travel demand was severely impacted by the Covid-19 pandemic, with border controls and travel restrictions remaining in place around the world. Overall passenger capacity… was cut by 96.3% in response. Passenger load factor… fell to 9.1%.” Singapore Airlines

SIA typically welcomes over 1.7 million passengers on board its aircraft each month, close to 60,000 per day.

In contrast, the mainline carrier flew only 9,200 passengers in April 2020, on 307 passenger flights – an average of just 320 passengers per day and the equivalent of only 30 passengers on every aircraft.

That’s even lower than recently reported by Cathay Pacific, who carried only 13,729 passengers in April 2020 (around 460 per day).

That’s a 99.5% drop in passengers compared with April 2019. Load factor dropped from 83.2% to just 9.3%, meaning social distancing wasn’t an issue – the average passenger had over 10 seats to themselves.

As a point of comparison, each of Singapore Airlines’ Boeing 787-10 aircraft has 337 passenger seats. Even an A350 Regional, with 303 seats, could accommodate the airline’s daily average passenger load last month.

As you can probably recall, both of SIA’s subsidiaries SilkAir and Scoot also significantly slashed their respective flying programmes from 1st April 2020, operating only a handful of weekly passenger services.

Here’s how the statistics looked for the regional and low-cost divisions.

SilkAir carried only 500 passengers during the month (on 8 flights to and from Chongqing), a relatively impressive average of 63 passengers on each service leading to an average load factor for the month of 34.1% – the best in the group.

“SilkAir’s passenger carriage decreased by 99.8% against a 99.6% cut in capacity. [Passenger load factor] declined to 34.1%. During the month, SilkAir ceased operations across the network except for flights to [and from] Chongqing.” Singapore Airlines

Scoot carried only 1,100 passengers on its 48 services to and from both Perth and Hong Kong during the month, an average of just 23 passengers per flight. That’s a fraction of the 375 seats available on the Boeing 787-9 aircraft which have been operating these services, though the reasoning for that is significantly enhanced cargo capacity.

“Scoot’s passenger carriage declined 99.9% against a contraction in capacity of 98.0%, which led to a [passenger load factor] of 5.9%. During the month, Scoot temporarily ceased operations to Southeast Asia, West Asia and Europe, while maintaining flights to Hong Kong and Perth.” Singapore Airlines

We’ve heard reports that Scoot is regularly loading 20+ tonnes of cargo on some of its services to and from Perth, which wouldn’t be possible if a smaller Airbus A320 was used.

Nonetheless the pitiful passenger totals resulted in an average passenger load factor of just 5.9% for Scoot during April 2020, compared with a very healthy 86.8% in April 2019.

One saving grace for the SIA group is cargo, with the collective freight load factor across all carriers in the group up from 58.1% in April 2019 to an impressive 75.6% in April 2020.

We recently analysed how Singapore Airlines is launching two passenger aircraft with only freight in the holds for every one taking passengers in our this analysis, highlighting the 80+ such flights currently departing from Changi each week.

In late March 2020, the Singapore Government moved to prohibit short-term visitors from entering or transiting through Singapore

Without a domestic market to serve, all three passenger airlines in the SIA group have since been almost completely unable to tap into any passenger demand due to the widespread travel restrictions imposed almost globally.

This first set of monthly passenger volume statistics since the capacity cuts really took hold is telling – international passenger demand has almost completely evaporated as a result of the travel restrictions.

In yesterday’s annual results update, where SIA recorded its first ever annual full-year loss, there was no forecast timeline provided on when the group expects the upturn in air travel to arrive.

“There is no visibility on the timing or trajectory of the recovery at this point, however, as there are few signs of an abatement in the Covid-19 pandemic. The Group will maintain a minimum flight connectivity within its network during this period, while ensuring the flexibility to scale up capacity if there is an uptick in demand.” Singapore Airlines

Both Singapore Airlines and SilkAir are continuing to cut around 96% of original planned capacity through to the end of June 2020, maintaining just 14 destinations.

Budget subsidiary Scoot has extended its 98% capacity cuts until at least 31st May 2020.