Skip to content
Singapore Airlines has posted a record S$1.1 billion net loss for the April - June 2020 period, with revenues down 80% against a 96% capacity cut 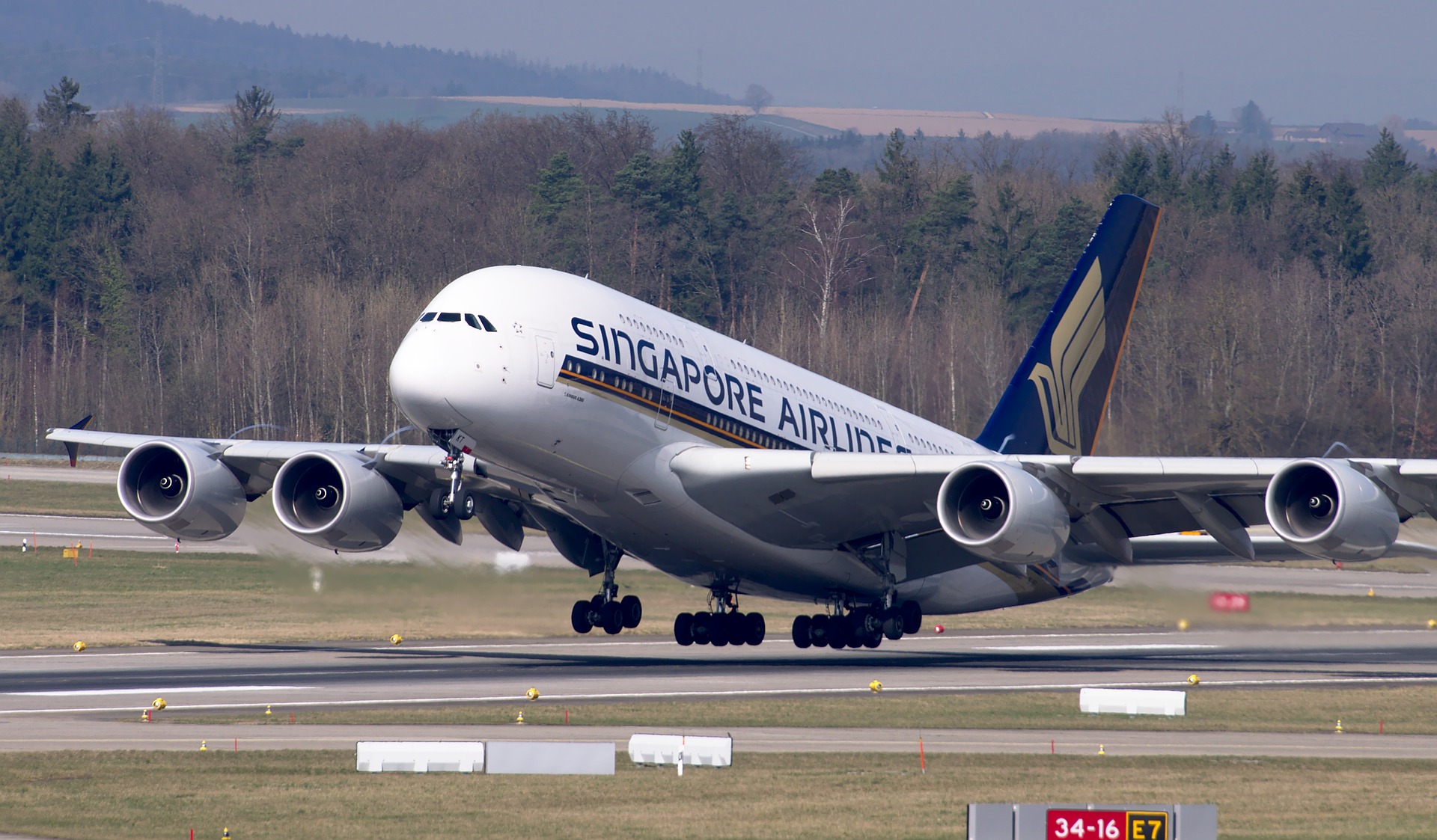 Singapore Airlines has reported the worst quarterly loss in its history today, with the carrier ending the April to June 2020 (Q1) period S$1.1 billion in the red. Operating loss was just over S$1 billion during the period, with international travel almost completely halted due to the COVID-19 pandemic.

The airline group reduced its passenger services to just 4.1% percent of activity compared to the same period in 2019, with overall revenue down by an eye-watering 80%, an almost complete collapse in sales.

As with the January – March 2020 period, fuel hedging losses in Q1 were significant at S$535m, with the group’s unused hedges ‘marked-to-market’ at the 30th June 2020 spot price, in accordance with accounting practice.

The airline also took a S$127 million hit in Q1 from fleet write down and liquidation costs arising from its 49% stake in NokScoot, which collapsed in June 2020.

The news was not unexpected, with the airline highlighting in a recent trading update that it would likely “report a material operating loss for the first quarter of FY20/21”.

Unlike most other airlines, the SIA Group is heavily reliant on international flights, with no domestic market to serve.

The group announced a record quarterly net loss of S$1,123 million in the first fiscal quarter of 2020 (April – June), following its S$732 million loss in the previous quarter (January – March).

This compares to a net profit of S$111 million in the same quarter the previous year (April – June 2019).

“The Group entered the first quarter at a time when market conditions were deteriorating rapidly due to the spread of Covid-19 globally. Demand for air travel evaporated as travel restrictions and border controls were imposed around the world to contain the spread of the virus. Consequently, passenger carriage (measured in revenue passenger-kilometres) fell by 99.4% year-on-year for Singapore Airlines, 99.8% for SilkAir and 99.9% for Scoot, resulting in a 99.5% decline for the Group.”

Here are the headline financial operating results for the SIA Group during Q1, compared with the same period last year.

Revenue was “dominated by cargo contribution on the back of strong demand for airfreight”, according to the airline.

“For the quarter ended 30 June 2020, the Group reported a net loss of $1,123 million, a deterioration of $1,234 million against last year. This was primarily driven by the weaker operating performance as well as the financial impact of $127 million from the liquidation of NokScoot, comprising mainly the non-cash impairment of seven Boeing 777 aircraft which had been leased to NokScoot and the Group’s share of related costs. A swing from tax expense to tax credit partly offset the losses.”

Here are the operating profits of each group division in Q1 20/21, compared to the same quarter in previous financial year.

Operating loss for the first quarter stood at S$1,037 million, compared to an operating profit of S$200 million during the same period the previous year.

Here’s how each division fared in terms of operating statistics during the first quarter.

The mainline carrier recorded the following operating statistics during the first quarter of the financial year, compared with the same period in 2019.

Only 10% of SIA’s mainline passenger capacity was filled during the first quarter of the new financial year. 32,000 passengers travelled with the carrier over a three-month period in which nearly 5.5 million customers would be expected.

Scoot flights were practically empty during Q1 of the new financial year, with only 4,000 passengers carried between April and June 2020.

The low-cost subsidiary is flying a limited network to 12 cities in August 2020, only a very limited increase in capacity compared to recent months.

Despite only carrying 2,000 passengers in the first quarter of the financial year, SilkAir recorded the highest load factor across the group at 34.6%.

SIA also announced today that the merger between Singapore Airlines and SilkAir remains on track.

“The integration of SilkAir into SIA remains on track. Customers will benefit from a step up to the Singapore Airlines inflight experience as we transition the SilkAir narrowbody operations to SIA, starting with the 737-800 aircraft, in Q4 FY20/21. The integration of SilkAir into SIA will also deliver greater economies of scale for the Group, and allow it to deploy the right aircraft to meet the demand for air travel as it returns.”

This strongly suggests the anticipated flat-bed seats will make their way onto the carrier’s Boeing 737-800s starting next year as they move across to the mainline operation. The group first announced its intention to fit these new Business Class seats on Boeing 737-800s, rather than the grounded MAX jets, in November 2019.

The SIA Group also pointed towards the cessation of SilkAir’s Koh Samui route, which can only be operated using Airbus A319s (or smaller aircraft).

“SilkAir temporarily ceased operations across the network except for flights to Chongqing, and has taken the decision to indefinitely suspend operations to Koh Samui.”

No other SilkAir routes were mentioned, despite many also being temporarily suspended, suggesting this route is unlikely to reappear in future. That’s especially true given the airline’s intention to become an all-Boeing 737-800 / MAX 8 operator, before transferring those types to SIA.

These aircraft can easily land in Koh Samui, but are prevented from doing so by the airport owner Bangkok Airways to artificially stifle competition from low-cost carriers.

Six of the SilkAir’s brand new Boeing 737 MAX 8 aircraft remain in long-term storage at Alice Springs Airport in Australia. There was no update regarding the fate of these aircraft in this latest financial update. They remain grounded for regulatory reasons.

The SIA Engineering Company (SIAEC) got through Q4 of the 2019/20 financial year relatively unscathed compared to the rest of the group, recording a S$14 million profit while the other airline divisions fell into heavy losses.

That was similar to the S$18 million profit posted for Q1 2019, however this part of the business has begun to suffer the effects of COVID-19, with a loss of S$9 million posted for the first fiscal quarter.

Singapore Airlines forewarned the market in April 2020 that its fourth quarter and financial year 2019/20 would be impacted by “substantial” fuel hedging losses. A similar warning was given for the first quarter of this financial year in a recent trading update.

Continued relatively low fuel costs and very low fuel consumption rates are continuing to have a quarterly financial impact for the airline.

“Mark-to-market losses of $464 million on ineffective fuel hedges have been recognised this quarter.”

This needs to be added to the ‘regular’ fuel hedging loss of S$71 million during the quarter. That’s a total of S$535 million loss attributable to fuel hedging in the first three months of the fiscal year.

What is fuel hedging? Fuel hedging, common practice in the airline industry, is a way of providing protection against fuel price variations by locking in prices for the longer term. That’s vital because fuel makes up so much of an airline’s costs – around 30% of total annual expenditure in the case of the SIA Group, so there must be certainty about what that cost will be.

Airlines are effectively giving up some profits (when actual fuel costs over the period of a hedge are lower than the hedge rate) in order to provide certainty, with the flip side being that a fuel hedge gain can also happen when the price of fuel increases during the hedge.

Unfortunately for SIA the ‘double whammy’ of collapsing global oil prices and a significant fall in fuel consumption due to capacity reduction has led to what’s likely the biggest fuel hedging loss it has ever seen over the last two quarters.

SIA had also suffered fuel hedging losses for the previous five consecutive quarterly periods before this situation took hold, paying more for its hedged fuel than the market rate for well over a year even before these recent two periods.