Skip to content
Singapore Airlines will take on ex-SilkAir Boeing 737-800s refitted with flat-bed Business Class Seats, due to the prolonged 737 MAX grounding 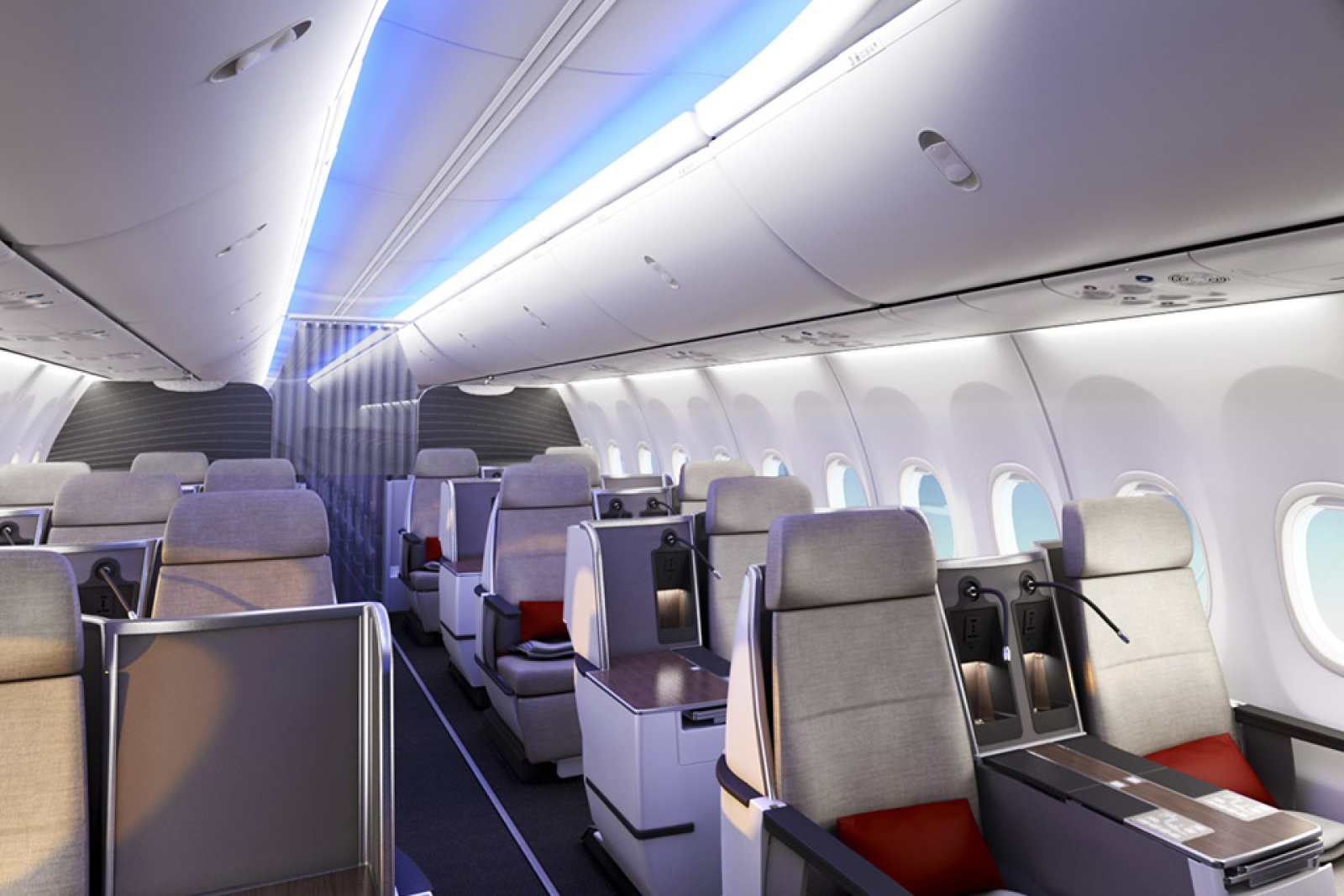 You have to cast your mind back to May 2018 to recall the news that SilkAir was to be fully merged into Singapore Airlines, including a cabin product upgrade to meet the expectations of SIA travellers, such as flat-bed seats in Business Class and in-flight entertainment screens throughout.

Fast-forward a year and one thing the worldwide grounding of the Boeing 737 MAX certainly did for the SIA Group was to throw a big spanner in the works for plans to merge SilkAir into the mainline carrier, including new narrow-body planes with flat-bed seats for regional routes.

That’s because only SilkAir’s Boeing 737 MAX 8 aircraft were supposed to be transferred to Singapore Airlines, with the regional wing’s older Boeing 737-800s moving to Scoot and its small Airbus fleet winding down.

Almost exactly a month to the day before Ethiopian Airlines flight ET302 crashed shortly after takeoff from Addis Ababa, SIA announced it would fit Thompson Vantage flat-bed seats to SilkAir’s Boeing 737 MAX 8 aircraft fleet, in advance of those jets moving across to the mainline operation.

At a press briefing yesterday, Singapore Airlines CEO Goh Choon Phong admitted to analysts that the subsequent worldwide grounding of the MAX, just a month later, caused “certain aberrations to our original plans”.

There remains no firm recertification date for the MAX jets, with six of SilkAir’s models now in long-term storage at Alice Springs airport in Australia.

In addition to those, several more new examples of the 737 MAX 8 were due to have arrived in the SilkAir fleet by now.

Nonetheless a contingency plan is in the works. Transfers of older 737-800s from SilkAir to Scoot have been put on hold, perhaps indefinitely, with the latter ordering a swathe of new Airbus A321neo aircraft instead to meet growth needs.

Goh yesterday confirmed that Singapore Airlines will take some of SilkAir’s older Boeing 737-800s and fit the new flat-bed seats to them instead.

Mainly Miles understands these will then transfer to the Singapore Airlines Air Operator Certificate, to then be operated by the mainline carrier in SIA livery.

Singapore Airlines selected British seat manufacturer Thompson Aero Seating for its new flat-bed Business Class seats on the Boeing 737 MAX 8 aircraft fleet, and according to the analyst briefing these are the seats planned to be fitted instead to the Boeing 737-800s coming across to the airline from SilkAir from next year.

At the time of the initial announcement, a spokesperson for the airline confirmed to Mainly Miles that the seat model chosen for the 737 MAX was the Thompson Vantage model, as used in a single-aisle configuration by airlines including JetBlue and flydubai.

It’s typically laid out in an alternating 2-2 and 1-1 configuration, providing a ‘throne’ seat at alternate rows with ample additional storage space at either side of the seat.

Seats convert into fully flat beds, though if you’re in one of the couple pair rows the passenger at the window seat has some ‘climbing’ to do when it comes to aisle access.

Wi-Fi capability is not expected to be part of the upgrades.

Singapore Airlines has not revealed the finer points of the design, layout and total number of seats due to be installed, adding in its analyst briefing that details would be shared at a later date.

We expect the finish of the seats to closely resemble the airline’s new Regional Business Class product.

Goh would not be pressed yesterday to reveal exactly how many 737-800s would come across to the mainline carrier with these new seats, adding that the timetable for return of the 737 MAX to service (which will likely dictate the number of 737-800s needed in the interim) was “not our call”.

“As to the timeline for when the MAX will come back into operations [that] really is not our call. It is the call of the regulators.

“We don’t have any privileged information beyond what your hear in the public.” SIA CEO Goh Choon Phong

Currently SilkAir operates 17 Boeing 737-800s, ranging from 3 to 6 years old, so it will be interesting to see how many of those make their way into the mainline fleet and which ones are picked for the job.

The airline originally specified May 2020 as the start of the refit for flat-bed seats on its 737 MAX jets, confirming yesterday that the SilkAir-SIA integration process “remains on track”.

At the analyst briefing Goh and SIA’s SVP Finance Stephen Barnes said the timetable was still fluid, with the refits happening either in Q4 of FY19/20 or Q1 of FY20/21.

That’s a wide window (January to June 2020), but it should mean Singapore Airlines starting its own Boeing 737-800 narrow-body regional services with flat-bed seats in Business Class in around six months from now. The plan, according to Goh, is regardless of whether the 737 MAX 8 has received clearance to fly again or not.

The SIA Group has, without doubt, had its fair share of fleet headaches this year. No sooner had the Boeing 737 MAX 8 been indefinitely grounded, the airline’s Boeing 787s suffered issues Rolls-Royce were supposed to have fixed in its latest engines.

At one point, half the operational 787 fleet was grounded due to the issue.

As if that wasn’t enough, older Airbus A380 wings continue to crack – in not just one place but two, requiring additional inspections.

Despite the issues there is always a solution, and in the case of the Boeing 737 MAX it’s relatively simple. Singapore Airlines will instead induct Boeing 737-800s into its fleet starting next year, with the Thompson Vantage flat-bed seats in Business Class.

We eagerly await further details on the timeline, first routes and of course the all-important design and finish of the seats themselves once revealed.