Skip to content
Bad news for UOB PPV or VS cardholders with the latest upcoming shift to exclusive in-app payments via Kris+, but most miles earners will still benefit from double-dipping.

Back in mid-June, Singapore Airlines’ lifestyle app Kris+ added in-app payments for purchases at practically all its partner merchants, allowing users to use Visa or Mastercard credit cards saved to their Apple Pay or Google Pay wallets to instantly make their in-store purchases.

Kris+ even launched a generous 3X earning offer to promote the new payment method, though in fact it didn’t matter how you paid during the deal – the bonus miles were credited anyway!

Kris+ launched this new in-app payment option alongside its existing offline payment method, which many of us had become used to over the years, and involved having the merchant scan a QR code on your device after you had entered the purchase amount in order to earn miles.

From 1st September 2021, it’s been confirmed that Kris+ will move solely to the new mobile payment (in-app) method when you want to earn miles at partner merchants.

From 1 September 2021 onwards, earning of KrisPay miles will only be allowed through seamless payments made directly on Kris+ with Apple Pay or Google Pay.

Earning of KrisPay miles with physical cash/card payments (‘Offline’ Earn) will no longer be available at merchant outlets.

Here’s how the two options currently look side by side, both of which will remain available for the rest of August 2021.

The grey “offline method” shown above will cease to be an option from 1st September 2021.

On the face of it, that doesn’t seem to be a huge deal. You’ll continue to be able to use your best miles earning credit card to make a mobile wallet payment via Kris+, which processes under the Merchant Category Code (MCC) of the retailer in question.

For example, dining codes as MCC 5812 at most restaurants, so you’ll still earn 4 mpd with the HSBC Revolution card when you pay by mobile wallet, provided you haven’t exhausted the S$1,000 monthly spend cap.

As you may recall from our recent Kris+ updates, there are two credit cards awarding bonus miles for contactless payment that exclude in-app payments made via Apple Pay and Google Pay from their bonus category, and that means earning 0.4 mpd, not 4 mpd, for the transaction.

That’s still possible for the rest of August, but unfortunately won’t be an option from 1st September, meaning you definitely won’t be wanting to use one of these two cards for Kris+ payments from that date.

Here’s how it currently looks for cards offering bonus miles for contactless payments, and you can immediately see the problem with this pair of UOB cards once the “offline method” is withdrawn.

Do be careful not to use these two UOB credit cards for Kris+ payments from 1st September 2021, since once the “offline method” is gone the earning will definitely be only 0.4 mpd on top of the KrisPay miles, while general spend credit cards should easily be able to net you 1.2-1.4 mpd.

Which cards are still safe?

You’ll still earn at the bonus rate for Kris+ transactions with a variety of 4 mpd credit cards, subject to the retailer processing transactions in a valid MCC.

For these cards, it doesn’t matter whether you use Apple Pay / Google Pay or the “offline method” when earning, the bonus rate will apply for payments in a valid MCC.

That means you won’t be affected once the in-app method becomes the sole option next month, but you’ll still need to be careful to ensure your transaction will fall into bonus miles eligibility criteria.

For the DBS WWMC card, awarding 4 mpd on up to S$2,000 of online spend per calendar month, the bonus miles should apply, in theory, when paying at a merchant using Apple Pay or Google Pay via the Kris+ app.

You may not wish to risk it at this stage, especially for a large payment, until we have some data points on this. Hopefully by 1st September we’ll know for sure, but until then stick to the “offline method”.

KrisPay miles earned through Kris+ can only be transferred to your KrisFlyer account within 7 days of the transaction. To do so, simply tap on the “Transfer to KrisFlyer” button which will appear on the miles earned confirmation screen or transaction details screen.

You can do so later (within 7 days), but why wait?

We therefore recommend transferring to KrisFlyer immediately following any Kris+ earning transaction, in case you either forget or make a mistake later. 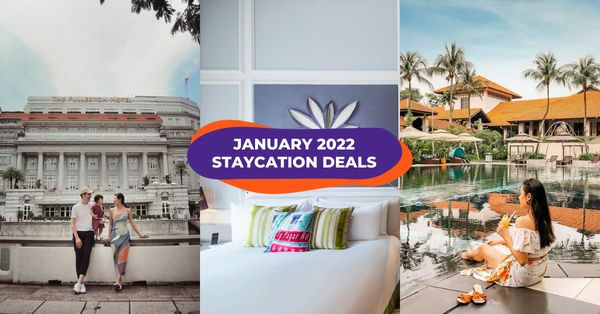 Bad news for those holding the UOB PPV or VS credit cards in Singapore and using them for payment at Kris+ merchants ‘the old-fashioned way’ to earn bonus miles for tapping their mobile device or card directly with the merchant, while still earning KrisPay miles on the side.

This will still work for the rest of August, but from 1st September 2021 the option is unfortunately unavailable, and there’s simply no point using these cards for Kris+ merchant payments after that, since they don’t earn at bonus rates for in-app payments.

For other cards, there’s not much to be concerned about here, provided you’re confident about the MCC at your store or restaurant.

If you’re a regular earner at Kris+ merchants in Singapore, be sure to have a wide variety of your miles earning cards saved to your Apple Pay or Google Pay mobile wallets, to ensure you can maximise your credit card points depending on the outlet you’re shopping or dining at in future.

The other side of the coin of course, albeit not applicable to most of our readers, is if you were using cash at Kris+ merchants and still earning KrisPay miles for the purchase. That option is also vanishing from 1st September.