Skip to content
Non-stop flights from Singapore to New York's Newark airport with the A350-900ULR will re-start on 11th October 2018. 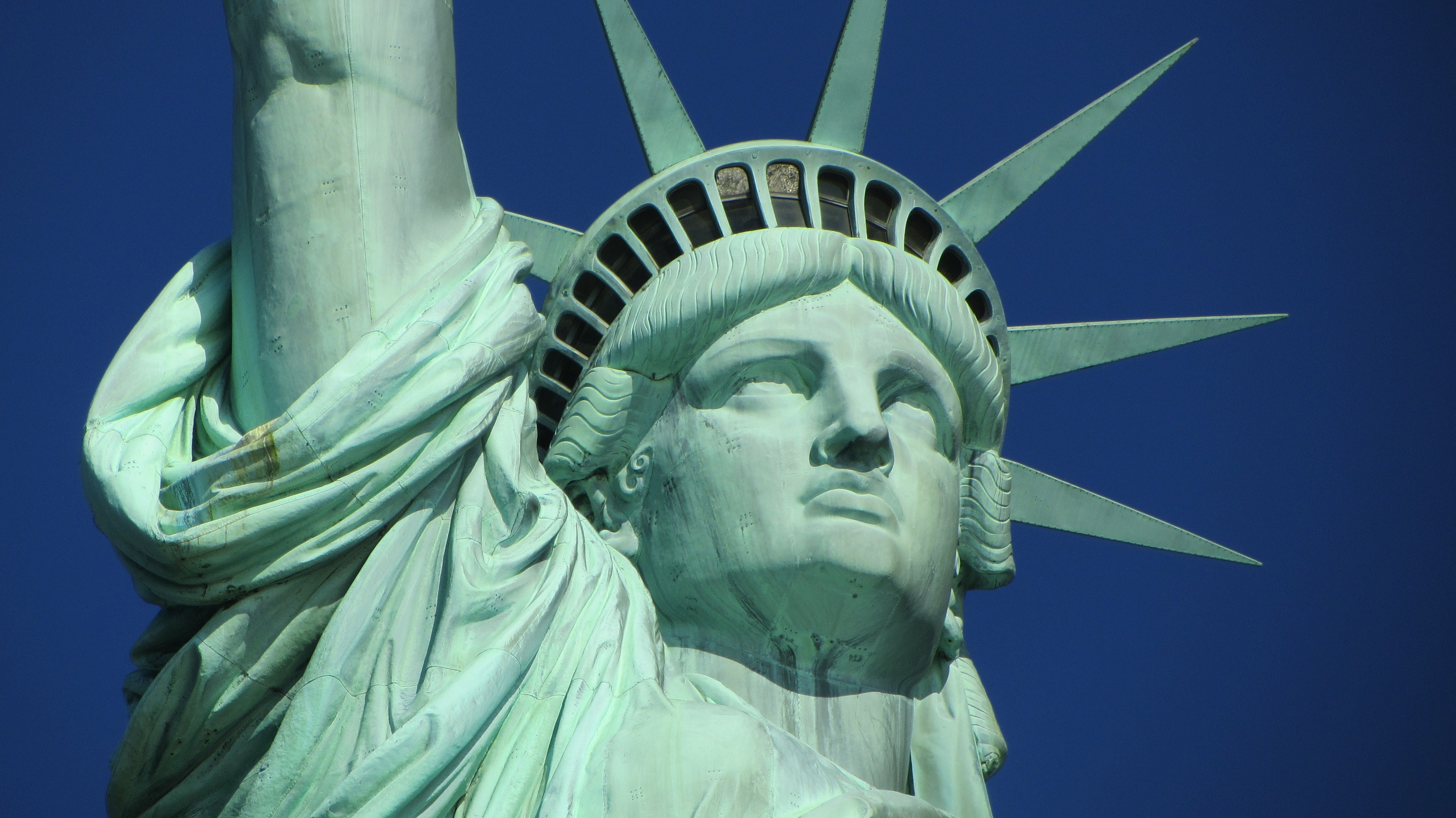 One of the new routes for the upcoming fleet of Singapore Airlines Airbus A350-900ULR aircraft later this year will be a recommencement of the iconic non-stop Singapore to New York leg, after a nearly 5-year absence for the airline.

It will immediately re-take the crown as the longest passenger flight in the world covering 8,285 nautical miles, beating the current longest non-stop route operated by Qatar Airways from Doha to Auckland using a Boeing 777-200LR by over 400 miles.

When Singapore Airlines previously operated the non-stop New York service with the Airbus A340-500 it flew to Newark while the Singapore – Frankfurt – New York flight continued to use JFK.

This morning SIA announced that the A350-900ULR non-stop flight will return to Newark again, with the daily A380 service via Frankfurt continuing to use the city’s biggest airport, JFK.

The exact reasons for not combining operations at a single New York airport aren’t exactly known, but of course the only US Star Alliance carrier, United, is based there.

Ultra Long Haul flights carry mainly O&D traffic – industry speak for ‘origin and destination traffic’, basically meaning the route does not rely on connecting passengers whose ultimate origin or destination is not Singapore or New York. While that somewhat negates the requirement to serve a Star Alliance hub, SIA will have good data on how many connections were made from their previous non-stop New York services which operated for over 9 years between June 2004 and November 2013.

The beauty of Newark for us is the ease of access to midtown Manhattan, where most people end up staying when they visit New York. The AirTrain from Newark directly links with Penn Station in 30 minutes, with trains running every 3 minutes throughout most of the day.

If you prefer to take a cab it’s US$40-45 from Newark to Manhattan and takes around 30 minutes.

As most people know, from JFK it’s more of a hassle. A cab is the easiest option costing US$45-50, which takes 45 minutes. The AirTrain from JFK requires a change at Jamaica station, which is a hassle. This is good news for most travellers those heading to New York as their final destination.

How does the schedule look?

Quite the opposite of the previous timings on Newark flights, which departed from Singapore late morning for an early evening arrival into New York the same calendar day and returned just before midnight to land in Singapore early in the morning two calendar days later.

Initially the service will operate three days per week. The previous flight numbers used for the Newark services will also be used this time around – SQ21/22.

After just a week of operation though, daily flights commence on 18th October.

Finally as the northern winter schedule starts on 28th October there are some minor timing changes.

These timings ensure the service to New York takes advantage of a series of connecting flights arriving into Singapore in the evening from nearby cities like Jakarta, Kuala Lumpur and Bangkok – allowing one-stop itineraries from those cities to New York. The same onward options are then available at the end of the New York to Singapore leg following the early evening arrival.

When will the Los Angeles route start?

The inaugural A350ULR aircraft 9V-SGA is due for delivery in September. Subsequent aircraft should arrive in relatively quick succession with five due to be delivered by the end of 2018, including the A350ULR test certification aircraft.

A fleet of five would be sufficient for both Newark and Los Angeles routes to operate daily.

We therefore expect an early 2019 timeframe for commencement of the Los Angeles route, which means the formal announcement from SIA with the confirmed details should be coming in a few months time.

Once the final two aircraft are delivered, bringing the A350-900ULR fleet to seven in total, a new non-stop route in North America is expected which should be starting later in 2019.

From the outside – not a lot different to the current A350s. Inside though expect to find 67 business class seats in a 1-2-1 configuration stretching 17 rows all the way from the front of the plane to the third main aircraft doors – well behind the wing.

That’s likely to be 6 or 7 rows of business class in the smaller forward section and 10 or 11 rows in the bigger section between the second and third doors. Converse to the current A350-900 the forward section will undoubtedly become the preferred place to sit – a more intimate cabin with less engine noise.

At the back in the final section between the third and fourth aircraft doors you should find 94 premium economy class seats in a 2-4-2 configuration.

The exact layout including toilet and galley locations (if different to the current A350s) will be confirmed by Singapore Airlines once the seat map is published.

What seats will it have?

Unfortunately in business class SIA have opted to stick with the 2013 J business class seat on the A350ULR aircraft, as fitted to the current A350 fleet.

We had hoped to see the new 2017 J seat installed, though the designers had a 30cm narrower cabin to contend with compared to the upper deck of the A380 which was obviously too much to overcome.

This will come as disappointing news to those looking forward to these non-stop routes as the 2013 J seat on the A350 has a reputation for being a tight squeeze in all but the bulkhead rows. We reviewed the product earlier this year between Singapore and Cape Town.

More bad news in Premium Economy SIA will also stick with the current product in a 2-4-2 layout, which on the A350 is the narrowest premium economy seat in the fleet at 19 inches wide.

There has been much speculation – for example that the daily A380 service operating from Singapore to New York JFK via Frankfurt may be replaced with a 777-300ER once the A350-900ULR is also serving New York non-stop.

Not yet announced by SIA but we understand that:

The first A350-900ULR built (which will be delivered to Singapore Airlines as their 5th aircraft 9V-SGE following a short certification program) is currently undergoing flight testing in Toulouse.

The test program for this variant is required by aviation authorities to ensure, among other things, the modified fuel system that increases fuel carrying capacity by 24,000 litres over the standard A350-900 meets regulatory standards.

Demonstrating aircraft performance at increased certified weights (this plane will be certified to take off at 280 tonnes, 5 tonnes more than existing aircraft) is also a regulatory requirement.

Here’s where the planes are right now:

Note that delivery dates are provisional.

Will SIA get more ULRs?

Assuming they are satisfied with the performance of the aircraft once it’s in service, Singapore Airlines has the option to convert more of their A350s currently on order to the ULR variant, which could see additional non-stop flights to other cities in North America from late 2019.

We understand around half a dozen destinations are being evaluated for non-stop flights but it’s very early days and that may come to nothing.

On the flip side the A350-900ULR can be reverted back to the standard A350-900 configuration, giving SIA the ultimate flexibility if the non-stop long-haul flights don’t work out – for a second time!

Will it fly to Canada?

Short answer: we don’t know. It’s no secret SIA have often referred to “direct flights to North America” many times when discussing the A350ULR, rather than pinning themselves to the USA. It has led to some speculation that they will launch a non-stop route to Canada – something currently missing from the Changi route map.

What we do know is that historically (beginning in the late 1980s) Singapore Airlines has flown to Vancouver, Toronto and Montreal. Clearly these are all dated (Vancouver being the most recent cessation in 2009), and none were non-stop – but frankly if a Canada route did come up again with the A350-900ULR our money would be on Toronto.

Partly because Toronto is by far the biggest city in Canada, partly because Vancouver already falls well within the range of the current A350 so if they wanted to offer non-stop service there they could easily have done so already.