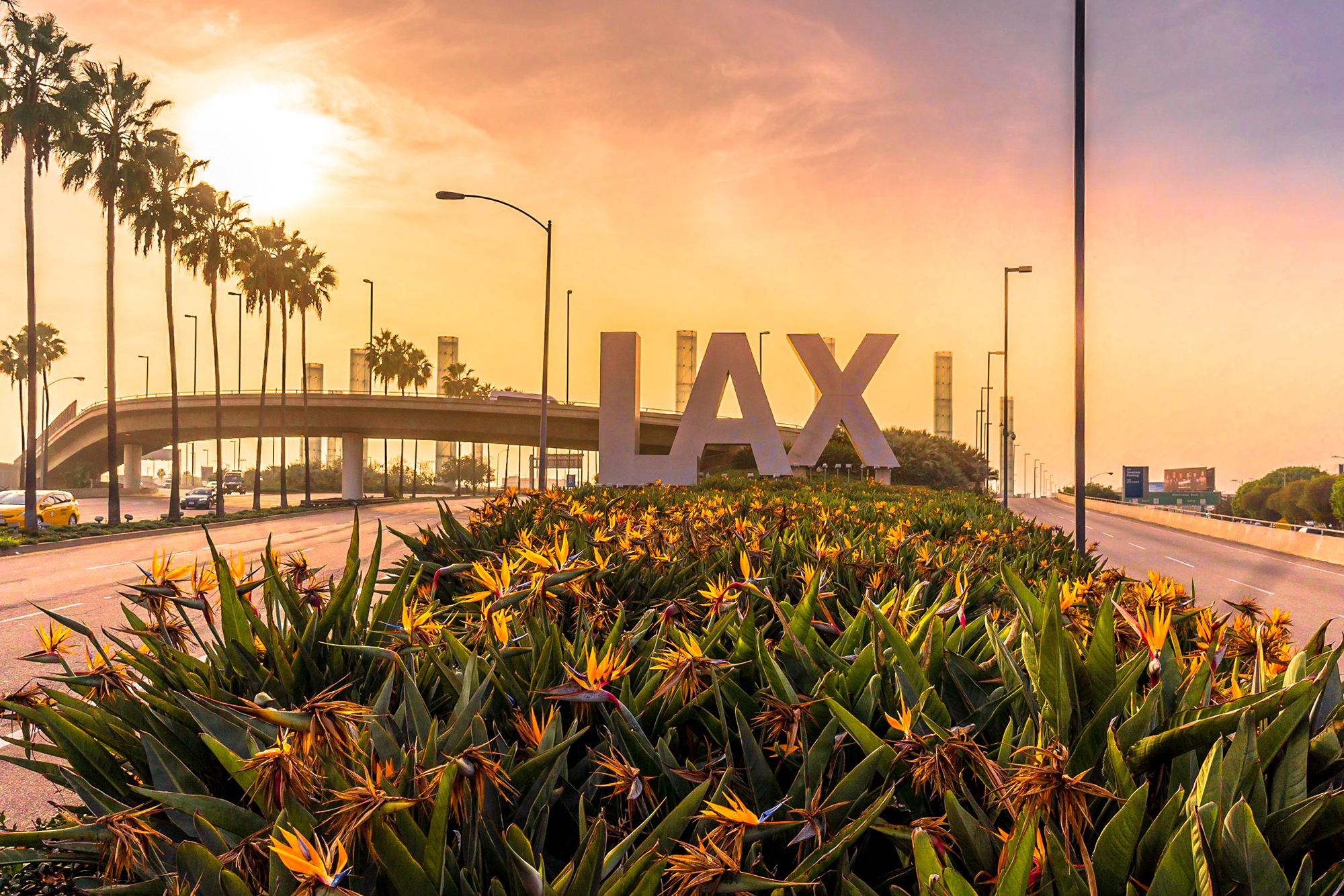 We knew it was coming, we just didn’t know exactly when. Yesterday Singapore Airlines confirmed that Los Angeles will be the second city to be flown non-stop from Singapore using their new Airbus A350-900ULR aircraft, restoring another of their former A340-500 ultra-long haul routes discontinued about five years ago.

Flights will take up to 17 hours 50 minutes on the westbound routing and commence on 2nd November 2018, initially three days per week but increasing to daily operation from 9th November 2018, then to 10 times weekly from 7th December 2018.

Like the Newark route Singapore Airlines has turned this one on its head by almost completely reversing the original timings used when non-stop flights were previously flown between these cities.

Previously SIA’s non-stop flights to Los Angeles departed mid-afternoon, arriving in LAX at roughly the same time on the same calendar day (the beauty of flying east across the International Date Line). On the return leg flights departed Los Angeles around 8pm for a very early morning arrival in Singapore two calendar days later (the drawback of flying west across the International Date Line).

This time around Singapore Airlines has opted for an evening departure to Los Angeles, again this of course arrives at the ‘same time on the same day’ in LAX. On the return sector the late evening departure will land you back into Singapore about mid-morning two calendar days later.

One thing has stayed the same though – just like for the Newark route the same flight numbers (SQ38 and SQ37) are reinstated for the LAX service.

After just a week of operation though, daily flights commence on 9th November.

From 7th December an additional three flights per week are added, for a total frequency of 10x weekly non-stop flights on the route.

The extra services will fly on Wednesdays, Fridays and Sundays and offer a morning departure from Singapore (and subsequent early morning arrival into Los Angeles), while the return sector departs LAX mid-morning for an evening arrival into Singapore the following calendar day.

As we predicted in our Newark ULR route announcement article last month, Singapore Airlines will discontinue the Los Angeles connection of the current SQ7/SQ8 Singapore – Seoul – LAX service shortly after this new flight commences, with the final departure on that routing leaving Singapore on 30th November 2018.

The current SQ7/SQ8 flight will continue to operate between Singapore and Seoul (renumbered as SQ612/611) using the 777-300ER however, meaning the airline will still offer a First Class cabin once per day on this route. That’s important because other SIA flights to and from Seoul use the A330, which has the older regional Business Class seats and does not offer a First Class cabin.

Timings on the southbound Seoul – Singapore flight (when it switches to SQ611 from 1st December) will switch to offer daytime service on the route – a 12.40pm departure with 18.25pm arrival.

The good news is that the Singapore – Tokyo Narita – Los Angeles service (SQ11/12) will continue to operate once the A350ULR commences non-stop services to Los Angeles. There are some timing changes however because the Narita and Seoul 777s used to switch duties in LAX (i.e. the ICN-LAX flight then operated LAX-NRT each day and vice versa).

This was necessary due to the night curfew at Tokyo Narita, however now that the Tokyo flight must turn around in LAX and head straight back Singapore Airlines has had to find a schedule which meets the curfew restriction in both directions.

The new timings for the SQ11/12 flight from 1st December are as follows.

The Singapore Airlines ULR flights at Los Angeles airport will join the carrier’s existing flights at the Tom Bradley International Terminal, commonly abbreviated and referred to as ‘TBIT’. That means Business Class passengers, Star Alliance Gold members including KrisFlyer Elite Gold (and above) status passengers will be able to use the Star Alliance Lounge.

Designed and operated (strangely enough) by Air New Zealand, this lounge gets good reviews and looks to be a comfortable place to while away your wait for one of the longest non-stop flights you’ll likely ever take. Shower suites are available, there’s a manned cocktail bar and both indoor and outdoor terrace areas. See what Point Hacks thought of it here.

If you’re more inclined to check out the First Class section of the same lounge though – you’ll be disappointed. As the SQ35/SQ37 departures on the A350-900ULR do not feature a First Class cabin you won’t be entitled to access, even as a Solitaire PPS member, unless Singapore Airlines has pulled some rabbit out of the hat for this route (unlikely).

The Star Alliance First Class lounge at LAX, which features “à la carte dining and highly personalised service in a private setting” is still available to passengers flying in First Class on SQ11 to Singapore via Tokyo Narita (or simply to Tokyo).

As with Newark, Los Angeles is a large United / United Express hub and connections are available to destinations across the USA with some services to Mexico. Singapore Airlines’ partner carrier Alaska Airlines also has an extensive network from LAX.

At the Singapore end connections should be ample to and from major Asian cities on the SIA / SilkAir network, especially to connect with the evening departure from Singapore (SQ38) and the early morning arrival into Singapore (SQ37).

Star Alliance carrier United Airlines recently announced the end of their non-stop Singapore to Los Angeles route from late October 2018, leaving Singapore Airlines without any direct competition on this reinstated route from November.

As part of the announcement United also revealed plans to ‘double down’ on San Francisco – Singapore flights at the same time, a significant 50% increase in total seats available on the non-stop route (including the daily Singapore Airlines A350 service).

We boldly predicted this would probably mean the end of the SIA non-stop flights on this city pair, but we’ll eat our hat on that because we were wrong – quite the opposite is happening, for now at least.

Rather than scale back operations on the non-stop Singapore to San Francisco route SIA will actually increase services, adding a ULR option three days per week to the existing daily (non-ULR) flights.

From 28th November 2018 the A350ULR will be used to add a mid-afternoon flight from Singapore to San Francisco on Wednesdays, Fridays and Sundays. The extra return service from San Francisco to Singapore will depart in the evening on the same days, touching down in Singapore in the early morning two calendar days later.

The additional flights are shown in the schedule below, highlighted in yellow.

Daily flights between Singapore and San Francisco via Hong Kong (SQ1/SQ2) on the Boeing 777-300ER are unaffected by the increase in non-stop services and will continue to operate.

What does it mean for the new destination?

A total of 7 Airbus A350-900ULR aircraft should be in service in the Singapore Airlines fleet by the end of this year or early 2019, and much of the buzz has surrounded a new non-stop destination in North America to be added to the network shortly afterwards.

As it stands however 6 of the 7 ULR fleet are required to fly the published schedule once the LAX flight is ramped up to 10 flights per week, with 7 flights per week running to Newark and 3 per week to San Francisco with this aircraft type.

Adding another non-stop ULR destination typically requires two aircraft, so in theory it would not be possible to maintain the current proposed schedule and add another daily city pair.

There’s also the issue of some redundancy, it seems logical for a hard-working fleet of 6 A350ULR aircraft for Singapore Airlines to plan a 7th aircraft as a backup. While the flying program would be rotated across all 7 aircraft to equalise fleet hours this would allow one plane to be on the ground in Singapore at almost all times, to cater for any technical problems and maintenance downtime.

There still remains the possibility for a city like Vancouver or Seattle to receive a non-stop service, as these are well within the range of the A350 (non-ULR).

The Singapore Airlines A350ULR is to be fitted with a premium layout of 67 ‘2013 J’ Business Class seats (the same as those installed on the current SIA A350) and 94 of the revamped Premium Economy Class seats, for a total capacity of 161 passengers. There is to be no Economy Class cabin on these aircraft.

Welcome to 2013, which means Singapore Airlines are sorry to say “we couldn’t make our latest 2017 business class seat fit in this plane”. A shame, but we understand the reasons. The A350 fuselage is narrower than even the upper deck of the A380 and squeezing the newer business class seat into that space proved a task too great.

It’s a pity because the older 2013 J seat which will be fitted to these aircraft have already been squeezed compared to their Boeing 777 counterparts, meaning only the bulkhead seats feature decent space and true comfort in our opinion.

We recently covered the reveal by Zodiac Aerospace of the updated Singapore Airlines Premium Economy seat for the A350ULR. A few of the enhancements include:

There will also be ‘solo’ seats in the last few rows of the aircraft with large side storage compartments.

We’ll visit redemption availability at a later date once the initial buzz has died down, however One Mile at a Time is reporting good Business Saver award availability on the Los Angeles route. If you are intending to lock in a flight now, these are the KrisFlyer redemption rates you’ll pay by cabin.

A raft of changes – we knew Singapore to Los Angeles was the next non-stop connection for the A350ULR and we had already been told that the LAX flight via Seoul was for the chop as a result, so to that extent no big surprises there.