Singapore Airlines has announced non-stop services between Singapore and Seattle from September 2019. Flights will be operated by the Airbus A350-900, however the airline is not deploying the ULR variant as this new route already falls well within the range of the standard A350.

That means Business Class, Premium Economy and an Economy cabin will be offered on these three times weekly flights, increasing to four times weekly in October 2019.

This new service will depart Singapore at 9.25am on Tuesdays, Thursdays and Saturdays, touching down in the Emerald City shortly after 9am the same calendar day after a 14 hour 40 minute flight.

That’s in time for almost a full working day in Seattle, or for a connection with a bank of Alaska Airlines departures across the US, Canada and Mexico. Possible routings include Vancouver, Puerto Vallarta, Chicago and Las Vegas.

On the return sector departure is at 10.40am on Tuesdays, Thursdays and Saturdays, landing in Singapore at 5.30pm the following calendar day after a flight time of 15 hours 50 minutes.

From 6th October, an additional weekly flight with the same timings will also operate on Sundays, for a total of four flights per week on the route.

Singapore Airlines will deploy its 253-seat Airbus A350-900 on the new route, featuring 42 of the 2013 Business Class seats and 24 Premium Economy seats, with the balance of capacity served by a 187-seat Economy Class cabin.

We flew the same A350 Business Class from Singapore to Cape Town and back earlier this year, a total of four flights including a stop in Johannesburg in both directions, and wrote a comprehensive review of the seat and the service. 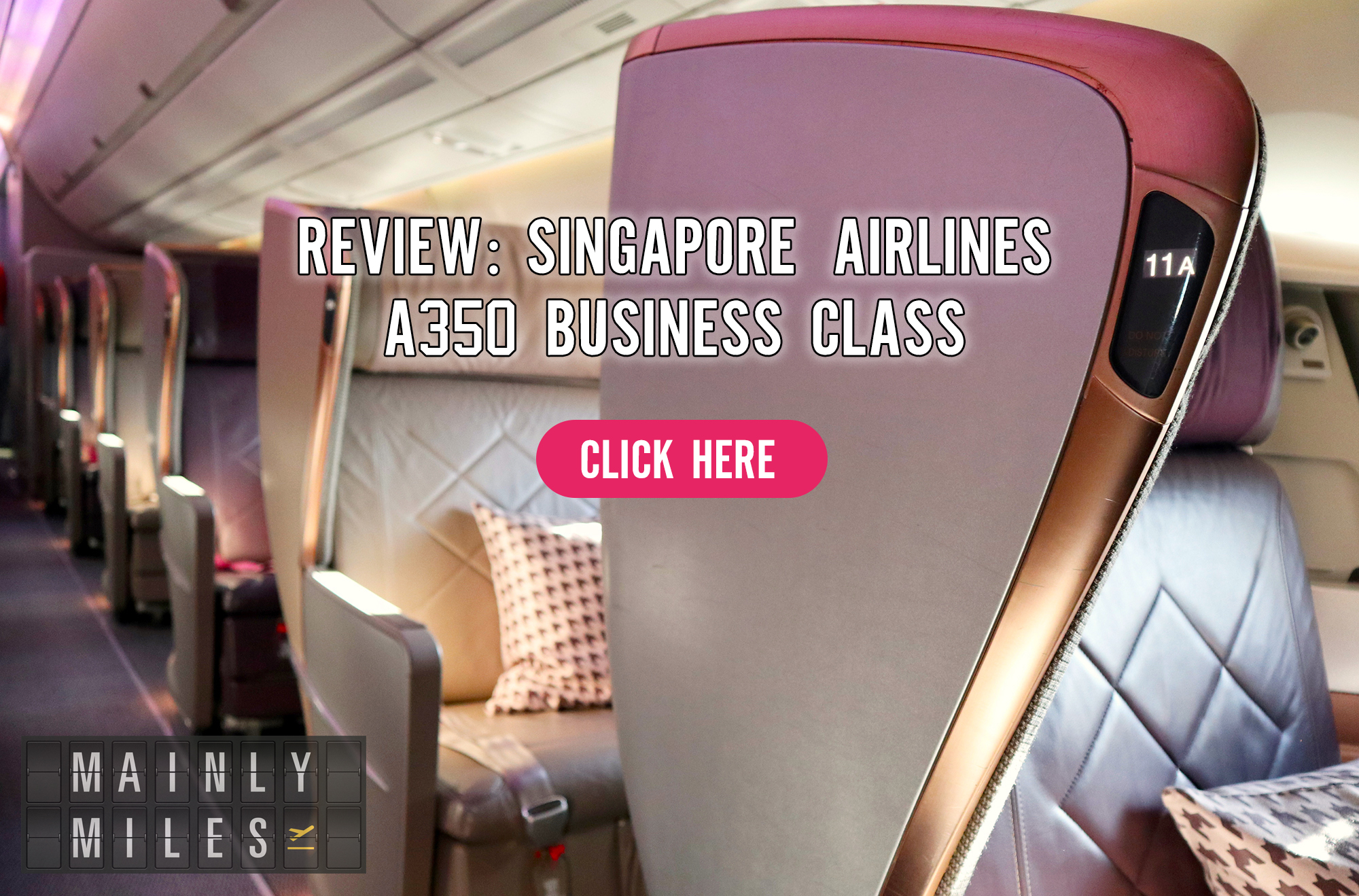 Premium Economy unfortunately features the poorest seat in that category across the SIA fleet – at 19 inches wide it’s half an inch narrower than those fitted by Singapore Airlines on the Boeing 777-300ER and Airbus A380 in this cabin class.

Once holding a reputation as a sleepy, rainy, ‘corporate’ town, it’s no surprise to locals that Seattle hosts more construction cranes in 2018 than any other US city. It’s also no accident that particular statistic has been true for the last three consecutive years.

They’re building like mad in this booming city, largely reaping the benefits of significant growth at home-based tech firms Amazon and Microsoft (now the second and fourth largest companies in the world by market value). Seattle has been growing faster than any other large American city for the last eight years according to The Economist, and there are no signs of that relenting.

No big surprise then that Seattle’s Tacoma Airport, whose passenger throughput has grown by an average 7% per year from 31.5 million passengers in 2010 to nearly 47 million in 2017, is hot on the radar for international carriers looking to tap in to this burgeoning market, especially for business travel.

Cathay Pacific was the latest regular international addition to the airport’s roster, see our article here about its upcoming four times weekly Hong Kong connection using the Airbus A350. Japan Airlines will also start flying from Seattle to Tokyo Narita on the same day as Cathay, offering a daily service on the Boeing 787-9.

This new Singapore Airlines flight from September adds to a growing list.

It’s not just tech companies and historic farmers’ markets drawing visitors to Seattle of course – it’s also a key starting point for popular Alaskan cruise ships, not to mention a couple of hours drive to Vancouver.

While the major US Star Alliance carrier United Airlines doesn’t have a large presence at Seattle Tacoma airport, Singapore Airlines will be tapping into a significant market flown by its partner Alaska Airlines, whose primary hub is here (not in Alaska, for whatever reason).

Alaska flies to over 80 destinations from Seattle, across an expanse ranging from Anchorage to Cancun, from Honolulu to Boston. There are very few places in North America you won’t be able to connect to with this airline.

We expect to see Singapore Airlines code sharing on a range of Alaska Airlines routes prior to the launch of these flights (Cathay Pacific, also an Alaska partner, recently added a raft of codeshare routes through Seattle in preparation for its upcoming service).

Seattle falls in the US West Coast zone under the KrisFlyer award chart, meaning redemptions don’t come cheap. The same rate applies for flights from Singapore to Seattle as for longer services to and from San Francisco and Los Angeles.

These are the one-way KrisFlyer redemption rates you’ll pay by cabin on the Singapore – Seattle route:

We will be taking a close look at redemption availability and regular fares once this new route opens to commercial sale next week, from 7th November 2018, so stay tuned for an update on that.

We also expect that the long-awaited ability to redeem Alaska miles on Singapore Airlines flights, recently promised to be happening ‘soon’, may well coincide with this route opening to commercial sale next week.

It might also be time for Alaska redemptions to be searchable on the KrisFlyer website, this was previously possible for Virgin America flights but is now totally offline again following the Alaska merger.

Our upcoming analysis next week will also look in detail at your Alaska Airlines connection options to and from this new service, and how redemptions will work for combined itineraries.

An unsurprising choice here from Singapore Airlines, nowhere in the USA is booming like Seattle, and other airlines are also noticing.

We look forward to examining the award availability, especially in Business Class, and checking out those all-important connection options with Alaska Airlines.