Skip to content
With very few exceptions, you'll have to be flying BA First Class from Heathrow T5 in order to access the Concorde Room. Does the experience feel as exclusive as the access policy? 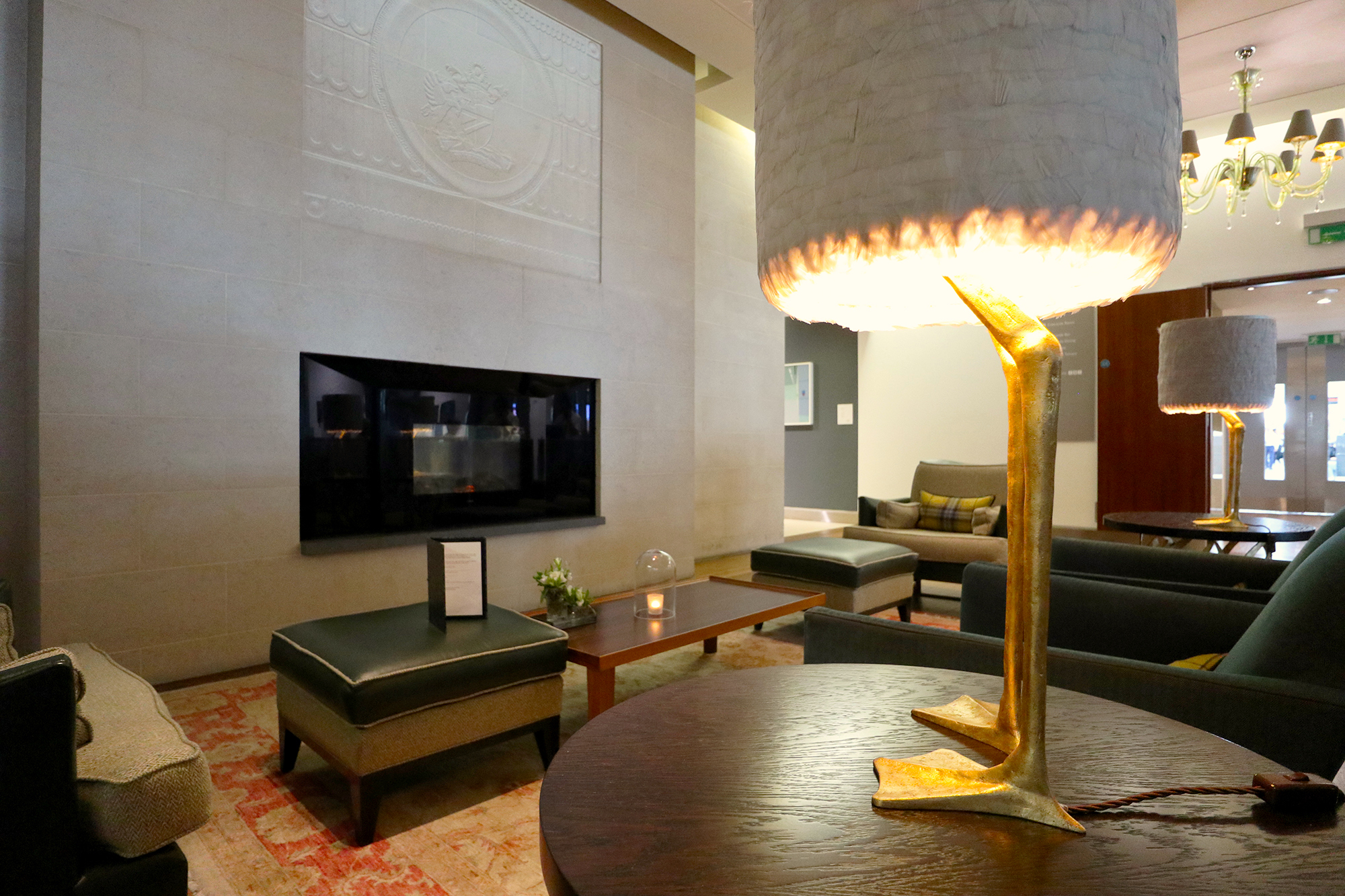 The British Airways Concorde Room at its London Heathrow Terminal 5 hub is the airline’s most exclusive lounge, catering only for BA First Class passengers and Concorde Room cardholders.

We passed through prior to a First Class flight to Washington to see how it compares with other First Class lounges we’ve tried.

First and foremost, the Concorde Room is not a oneworld lounge. For access here you must be flying at least part of your journey in British Airways First Class, or have a Concorde Room card.

British Airways Gold and oneworld Emerald status members not travelling in BA First Class will instead be directed to the Galleries First lounge.

This lounge is available to passengers departing on a British Airways operated flight:

Since this is not a oneworld lounge, the usual qualifying requirement that the arriving flight duration (in First Class) was longer than 5 hours doesn’t apply. British Airways apparently go by the principle that the most substantial part of the journey guides transit lounge access.

That is not the oneworld policy, but again this is not a oneworld lounge.

If you are transferring, for example, from an 8-hour Dubai – London flight in First Class then boarding an 11-hour flight to Los Angeles in Club World, you might be turned away from the Concorde Room.

This particular nuance of the policy is not only vague, British Airways chooses not to write about the scenario anywhere in its lounge access guidelines.

Note that you won’t be able to access the Concorde Room if you’re departing on a British Airways flight from Heathrow’s Terminal 3, as there is no airside connection between the two terminals. This includes flights to Cape Town, Las Vegas and Miami.

We saw what you were thinking! Flying any BA flight from Heathrow T5 in any class can get you and a guest into the Concorde Room if you can just get your hands on this card.

Well if you need to ask how you can get a Concorde Room card, you probably aren’t eligible! Here’s how British Airways describes this benefit for high-spending Gold card holders:

“At 5,000 Tier Points, Gold Members are awarded with a Concorde Room Card, granting access for themselves and one guest to our Concorde Room lounges at London Heathrow and New York JFK when flying any class of travel with British Airways or other oneworld carriers.”

A very nice perk, but very difficult to attain. Those 5,000 Tier Points are during your membership year and require extensive fare paid flying on British Airways or oneworld airlines.

You might also wonder how it correlates with the Concorde Bar, an inner sanctuary of the British Airways Singapore lounge (there is also a similar one in BA’s Dubai lounge).

If you have already been granted access to the BA Singapore Lounge by class of travel or status tier, but are not travelling in First Class, then you can access the Concorde Bar by virtue of your Concorde Room Card.

There are two entrances and three primary routes to The Concorde Room.

The main entrance is in the British Airways lounge reception area at the south lounges, one level above the main departure concourse. Here you will see the entrance to the Galleries First lounge, take a right turn and the Elemis Spa is to your left with the Concorde Room entrance straight ahead. To the right of that another escalator takes you up to the Galleries Club lounge.

If you arrived at T5 from a connecting flight, or went through fast track security after check in (note: not using the First Wing), then took some time to shop or dine at the main departure concourse prior to heading to the Concorde Room, this is how you will enter.

The more subtle entrance is immediately after the T5 south security checkpoint. Once you have checked in and cleared security (note: not using the First Wing), take an immediate right and there is a door to the Concorde Room there. A lounge agent at the podium will confirm your eligibility and you can access the lounge directly, opposite the main entrance and close to the bar.

This is also a good entrance to use if you’re transiting Heathrow on a connecting flight, as you’ll have to clear security here before being allowed back into the departures area. Assuming you don’t need to do any shopping, this entrance can save you quite a bit of time. BA initially closed this entrance after the First Wing was opened, but has since made it available again.

Finally if you use the First Wing check-in and private security channel, you will find yourself emerging directly in the BA Galleries First lounge. No shops, no money changers, no hunting for the lounge sign, you’re in (the wrong lounge in this case!).

Follow the signs for the Concorde Room, these will actually direct you out of the lounge then proceed directly opposite to the main Concorde Room entrance mentioned at the start of this section.

After a quick check of our boarding passes, we were welcomed into the lounge.

The theme here is traditional British understated elegance, with a few quirks thrown in. Whether you agree once you see the Concorde Room for yourself is quite a different matter!

The decor is certainly different, and a long-overdue revamp to the furnishings in this lounge in 2017 had added some interesting feature pieces since our last visit.

The lounge was quite busy when we arrived at 2pm. Initially we headed out the the terrace, however this was practically full. Instead we headed back inside, picked up some reading material, found a couple of leather armchairs and then ordered the obligatory glass of Champagne to help us settle in.

The lounge became a bit quieter shortly after we arrived, so there must have been a series of flight departures around 3pm. We took a walk around to explore the other areas of the lounge.

Most of the seating options in the Concorde Room are low armchairs or three-seat sofas. Small tables are provided between most seats, with lights and power sockets.

A few seating areas are designed as small living rooms around a (fake) fireplace.

These also feature a coffee table in addition to the side tables, usually with two sets of power sockets available.

The Wi-Fi in the Concorde Room was useable, but very slow. The lounge was fairly busy during our visit, and we recorded the following speeds:

This is really slow, we usually achieve 5 Mbps in the Singapore Airlines SilverKris Business Class lounge at Changi, even when that lounge is busy.

While good, even SIA’s Wi-Fi speed pales into insignificance against some other competition. We easily got over 40 Mbps in the Qantas First Lounge in Sydney, 25-30 Mbps in Cathay’s First Class lounges in Hong Kong, and a blistering 266 Mbps in the United Polaris Business lounge in San Francisco.

Whatever system BA have installed here, it has not kept up with the demands of data-hungry modern travellers at all.

Power outlets in the lounge are available at most seats, with the exception of the terrace, which does seem to suffer a shortage of these. They accept UK, European or US plug types. There are also USB charging sockets.

The board room is the business centre in the Concorde Room. Unfortunately during our visit it had been booked and was in use, so we couldn’t get any pictures inside.