Skip to content
Older 2006 and 2009 Business Class seats are leaving the Singapore Airlines fleet in droves over the next year, as the airline replaces 21 aircraft with brand new jets 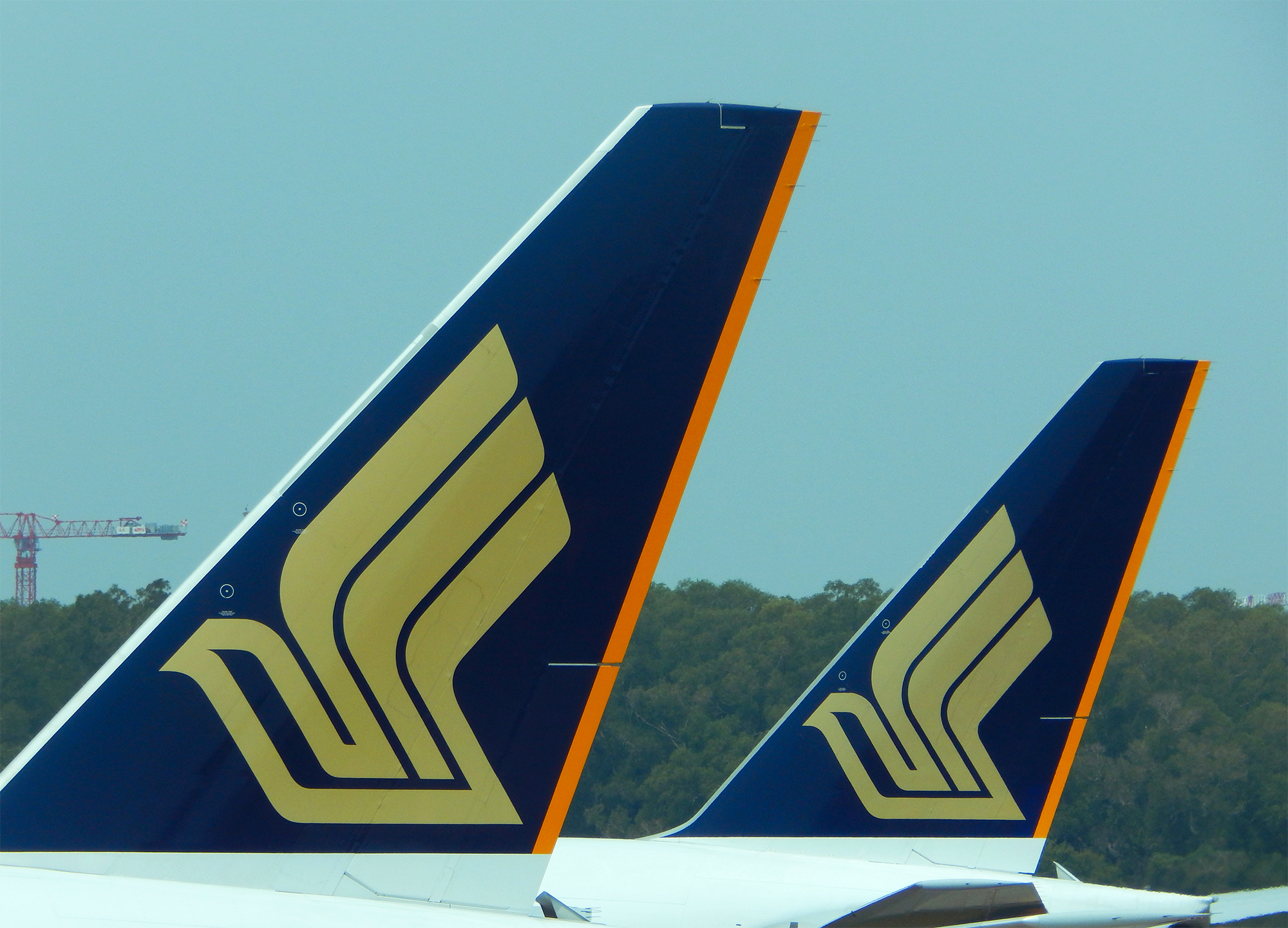 This morning Singapore Airlines released its biannual Analyst Briefing, updating investors and the market on plans for the coming financial year in wake of its full year 2018/19 results statement yesterday.

As far as the latter is concerned, the airline group saw net profits fall by over 47% despite record revenues, with the higher price of jet fuel attributed to much of the increase in costs.

While most of the Analyst Briefing content is of little interest to our readers (unless you’re a shareholder perhaps), one element is important and that’s the fleet plan. It covers which aircraft are set to leave and join the fleet between now and March 2020.

This information allows us to accurately predict how rapidly older seat types are being replaced with the latest versions for your upcoming bookings and redemption tickets, especially in Business Class where we know many of you are keen to see the back of the older products, and try out the new ones.

Singapore Airlines has revealed the following fleet plan for the mainline carrier (SIA) from 1st April 2019 to 31st March 2020. We’ve only focused on passenger aircraft, and so have excluded the cargo jets.

* This year Singapore Airlines has not broken down its forthcoming A350 deliveries by variant in its Analyst Briefing. We have predicted this breakdown of the 16 incoming aircraft based on assigned registrations for future deliveries at AIB Family Flights and A350 Production.

Remember that the information is a little dated as the starting point already looks back to a position over a month ago (1st April 2019), and some of these aircraft movements have already happened.

Here’s how it looks by aircraft type.

Good news for those looking forward to seeing the back of the 2009 Regional Business Class seats, a total of 10 Airbus A330-300s will be heading back to their respective leasing companies (and mostly on to other operators) this financial year.

One of these aircraft (9V-STO) has already left the operating fleet and will soon join Brussels Airlines, and as we mentioned in the May fleet update we have some news of four more A330s leaving in 2019.

That means five more of these aircraft will also depart the fleet during the financial year, probably comprising a couple more in 2019 and the next two or three in the Jan-Mar 2020 window.

With a fleet of just 8 A330 aircraft remaining at the end of March 2020 a complete phase out of the type as planned by the end of 2020 looks well on course.

As Singapore Airlines stated in the Analyst Briefing, they do still have the flexibility to extend aircraft leases to support capacity shortfall, so the situation with the Boeing 737 MAX grounding and Boeing 787-10 engine issues could well necessitate a change to the plan for the A330s.

The biggest block of deliveries by far between now and March 2020 is the A350-900. As we’ve predicted before, this will now easily eclipse the Boeing 777 to become the largest fleet in the airline sometime in 2019.

This year Singapore Airlines has not broken down its 16 deliveries of the type by variant, though the first two aircraft have arrived already so they can’t keep that secret – 9V-SHE and -SHF have the regional configuration.

Note that delivery dates were provisional estimates. A350s may now be arriving slightly faster than this.

That does leave three more aircraft unaccounted for after 9V-SHN. We have assumed these will also be the regional variant given the continued departure of A330s and 777-200s from the fleet, but do note they could be different.

All seven of SIA’s A350 ULR order have now been delivered and are in service. There are no plans for more of these in the current financial year that we know of, but Singapore Airlines is able to switch variants if necessary.

Note that the upcoming Singapore – Seattle route is to be served with the standard 3-class A350, and with the two major Californian cities now covered by non-stop A350 ULR services it would probably take an additional central / east coast North America route like Chicago, Washington or Toronto for the airline to require any additional ULRs.

And just to be clear, we have heard no such suggestions!

Singapore Airlines has no outstanding orders for the A380 and the fleet plan shows no aircraft leaving this year, with the total remaining at 19.

Aircraft refits with 2017 cabin products are in progress with 9V-SKT set to be the first (it is almost finished according to our sources), followed by 9V-SKS. We’re told it’s a long and complex process, with the first aircraft having already being worked on for six months. Future refits should be in the 3-month timescale however.

Two of the aircraft have already stopped flying, with 9V-SQJ for disposal and 9V-SRP heading to NokScoot as HS-XBF.

9V-SRQ looks set to be the next to go to NokScoot this year as HS-XBG, with the fate of the other four not yet known.

Like the 777-200, we’ll almost completely wave goodbye to the -200ER variant by the end of March 2020 with four of these five aircraft leaving the airline.

Whether one of the least popular routes this aircraft is deployed on, Singapore to Istanbul, clings on to the end remains to be seen. We think this route will eventually switch to the 3-class A350-900, as the regionally configured jets don’t have the required crew rest facility installed.

No changes are planned for the five 777-300s, which look set to continue to ply the Jakarta and Manila flights whilst also variably filling in a few other gaps across the network like Shanghai.

This is the only type in the fleet with the older seat products that isn’t seeing any withdrawal this year.

Singapore Airlines has no outstanding orders for the 777-300ER and the fleet plan shows no aircraft leaving this year, with the fleet remaining at 27.

All are now configured with the 2013 seat products and retirements are unlikely until at least 2021/22 when the 777-9s are due to start arriving.

A total of six new 787-10s are arriving during this financial year, but two of those deliveries (9V-SCJ and -SCK) have happened already, leaving only four more to arrive.

As we mentioned in the May fleet update, the 12th one (9V-SCL) is due in June according to 787 Blogger, there is then an approximate three month gap before the next three aircraft start to arrive in late 2019.

What it means for Business Class seats

Here’s the good news if you’re interested in seeing the latest Business Class seat products on your next Singapore Airlines flight.

The following table shows how many of each Business Class seat is in the current fleet at 1st April 2019, and what that represents as a proportion of all SIA Business Class seats installed, plus how it looks at the end of the financial year on 31st March 2020.

* Assumes four A380 Version 2 aircraft will have been converted with the new cabin products during this financial year, purely an estimate and therefore subject to change for these two seat types.

As you can see the 2009 RJ seat shows  marked drop, from 17% of the current seats to just 7% by March 2020. The biggest gain of course is the 2018 RJ seats, which will more than double in numbers over the year and represent 1 in 5 Business Class seats installed by March.

Elsewhere there are welcome increases for the 2017 J with A380 refits (though the total here is estimated), plus more of the popular 2013 J seats which should represent half of all Singapore Airlines Business Class seats across the fleet by March 2020.

Just 11% of the Singapore Airlines fleet will be fitted with the 2009 Regional Business Class seats by the end of March 2020, down from 25% at April 2019. That’s fantastic news for those eager to see them replaced with the new 2018 product.

Whether complete replacement of those seats happens in 2020 largely depends on what happens to the five remaining Boeing 777-300 (non-ER) aircraft next year, but generally those aircraft are easily avoided unless you’re a Manila or Jakarta regular.

That suggests an almost one-for-one swap between these types, and all eyes will be on the Istanbul route, desperately in need of a newer long-haul aircraft in the opinion of many.