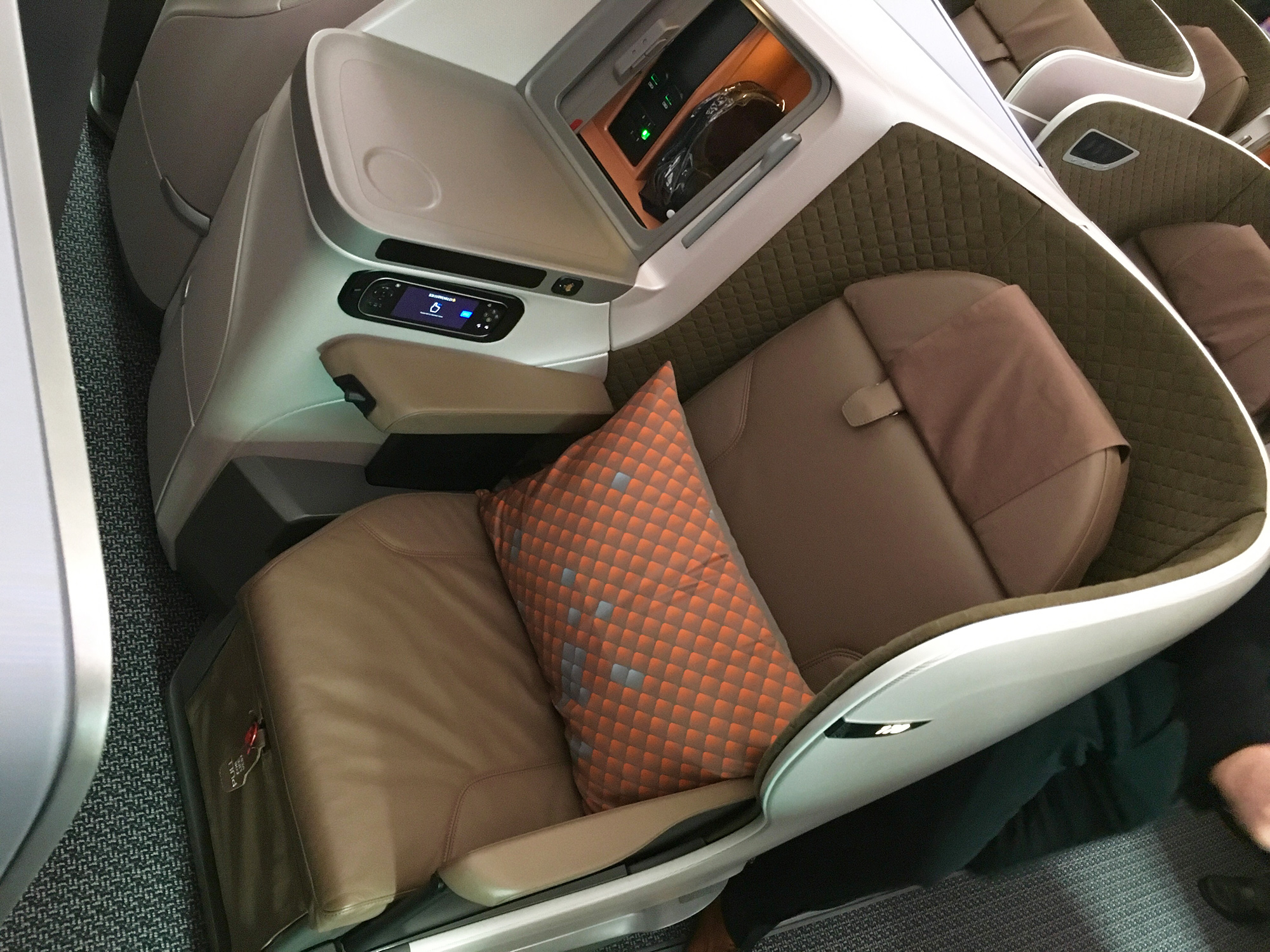 In another schedule update yesterday Singapore Airlines has programmed an aircraft type change on the Shanghai route, starting just four weeks from now. Flight SQ826 from Singapore to Shanghai and flight SQ827 from Shanghai to Singapore will switch from Boeing 777-300 operation to the new Boeing 787-10 from 1st August onwards.

While this is a capacity cut in the Business Class cabin, it means those flying overnight to China’s financial centre and largest city will get an upgrade from 10 year old angled seats to the latest flat-bed Regional Business Class with direct aisle access.

Here’s how the current five times daily Singapore Airlines Shanghai schedule is flown, across a mixture of four of SIA’s aircraft variants.

The route drops to four times daily service as usual in the northern winter season, but SQ826/827 flights remain consistently planned on the 787-10 throughout the published schedule.

This will be the first time Singapore Airlines has flown the new 2018 Regional Business Class seats on the Seoul route.

We reviewed the new seats last year on the 787, and will be taking them again on the A350 this year. Check out our full review of the product. 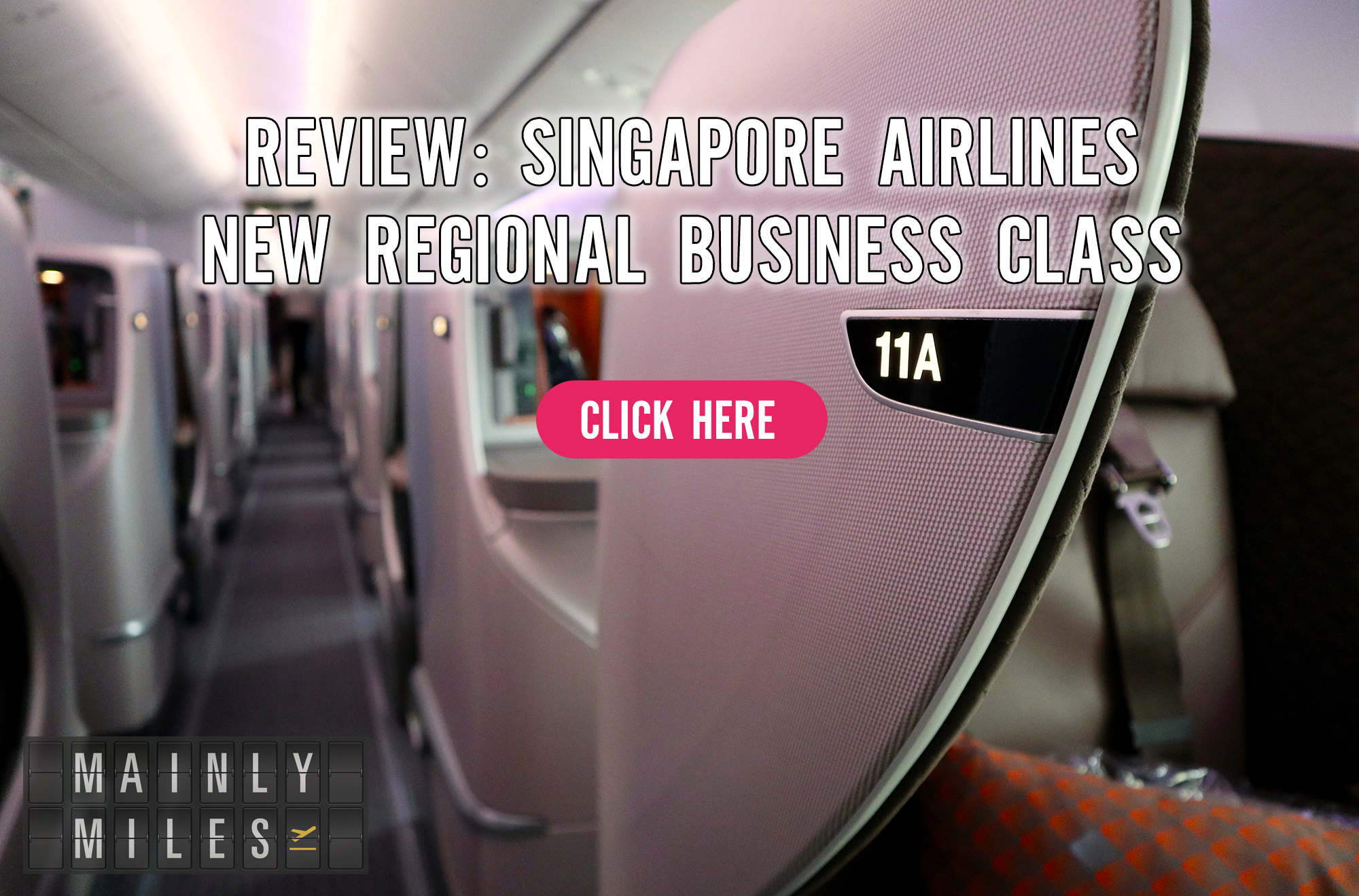 A vast improvement on the 2009 equivalent seats, which are gradually being replaced as new aircraft join the fleet over the next couple of years, they are especially welcome on the sole overnight Singapore Airlines flight to Shanghai. This should provide a far better sleeping experience than the old angled beds.

The only overnight SIA operation from Shanghai to Singapore already features flat-bed seats in the form of the 777-300ER with 2013 F and 2013 J seats.

The downside of this news is that from August there will be 14 fewer Business Class seats each day on the SQ826/827 flights, which means saver award space is likely to be harder to come by.

The subsequent switch of SQ832/835 to the 777-300 more than makes up for this, with 24 more Business Class seats than the 777-200ER, but you’ll want to be avoiding those older seats anyway and the withdrawal of a 2006 J option on the route is a shame (though was always planned).

Here are the redemption rates you’ll pay by cabin class on this route using the KrisFlyer program for a full flight redemption.

* Premium Economy and First / Suites are not installed on the 787-10, however other flights to and from Shanghai operated by different aircraft types do offer these travel classes.

* Premium Economy and First / Suites are not installed on the 787-10, however other flights to and from Shanghai operated by different aircraft types do offer these travel classes.

Shanghai almost always features on the monthly Spontaneous Escapes offer. It was included in last month’s list for travel in July (though you can’t book at those discounted rates anymore).

At typical 30% discounts in Business Class it means you can usually access this route for 27,300 miles each way, provided you are able to make short-term travel plans. We’ll keep a close eye out on the next offer in a couple of weeks from now to see if this new 787-10 flight is included for travel in August.

Singapore Airlines is certainly being cautious with firming up which flights will receive the 787-10 aircraft, due to the Rolls-Royce engine issues. Eleven of the jets are now in service, though one of those was recently out of action for 8 days, likely while inspections and replacements happen as new engines are able to be provided by Rolls-Royce.