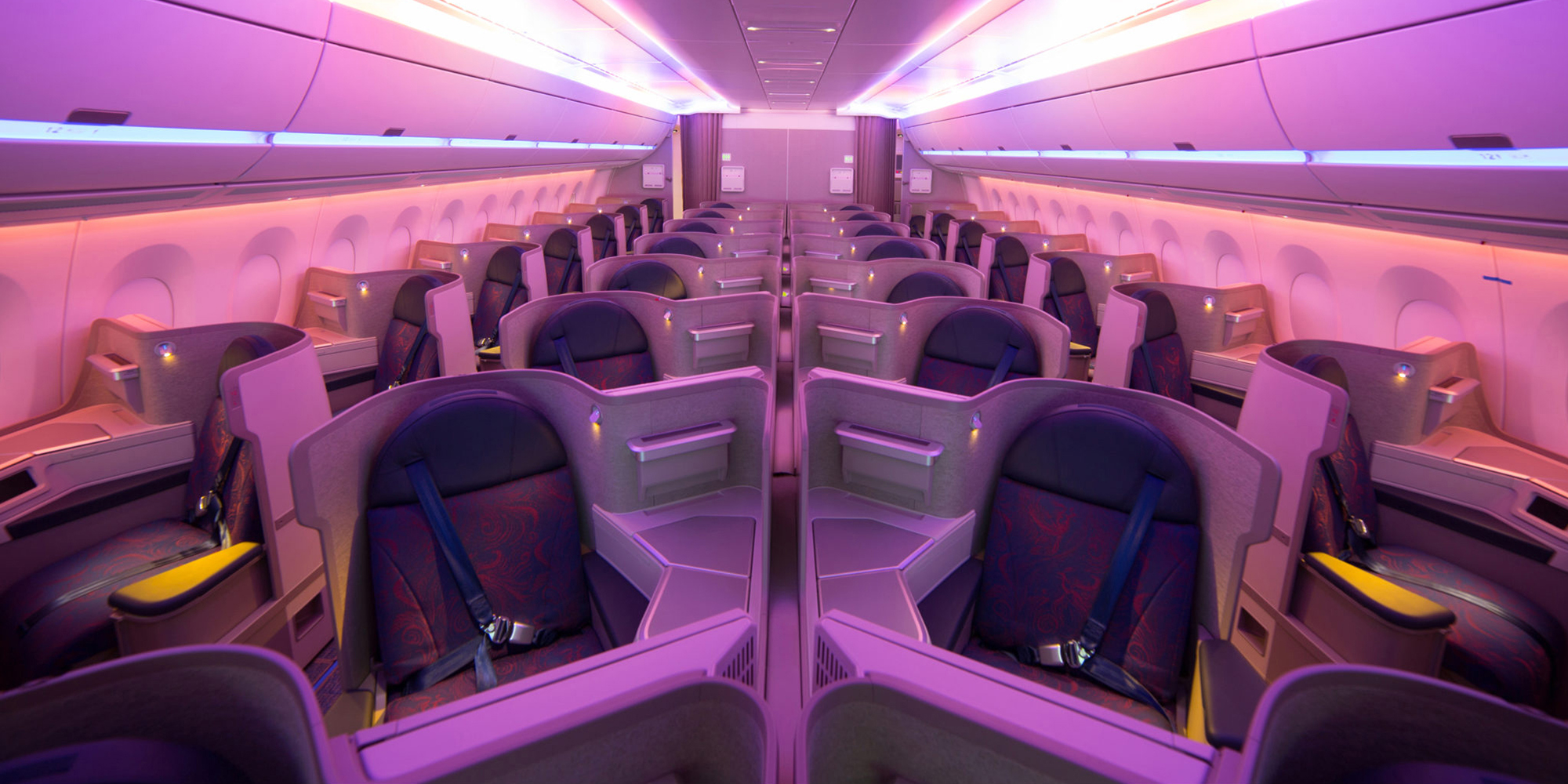 Star Alliance airline Air China is not known for its luxurious or particularly industry-leading Business Class cabins. In August last year though, the airline started to take delivery of its first Airbus A350-900 aircraft. With that came the advent of direct aisle access seats in Business Class, a first for the carrier.

They are soon coming to British Airways as the latest iteration of the carrier’s ‘Club World’ cabin, albeit with closing privacy doors in that case.

The good news for Singapore based travellers is that for the next four months or so, Air China is flying its A350s on daily non-stop Beijing flights. While it’s certainly not a steal using your KrisFlyer miles on these flights, Lifemiles provide a good value option and it is a nice backup when Singapore Airlines redemptions are not available.

Since the start of July, Air China has been operating the A350 on their overnight service from Singapore to Beijing, while on the way back to Singapore it’s the afternoon departure landing into Changi around 10pm that will secure you these new seats.

The airline returns to three times daily operation on the Singapore – Beijing route for the upcoming northern winter season, and unfortunately that means the A350 flights will cease, replaced with two Boeing 787-9 services on the route (in addition to the regular A330 flight).

As you can see it’s a far less exciting prospect, similar to that you may recognise from our recent KLM 777 Business Class review and United’s 787-8 and 787-9 aircraft, though the latter are due for replacement to the latest “real Polaris” seats next year.

If you’re travelling as a couple in Business Class on this aircraft you’ll probably want to pick a middle pair, the D/H seats. Those flying solo will likely prefer an individual window seat, designated A or L in the Air China configuration.

There is nothing special about either the Premium Economy cabin:

Unfortunately if you want to use your KrisFlyer miles to try this cabin, the routing prices in the very uncompetitive ‘South East Asia 1’ to ‘North Asia 2’ zone combination on the KrisFlyer Star Alliance award chart.

That makes it much more expensive in Business Class than booking with Singapore Airlines, with most SIA flights offering probably superior long-haul 2006 J and 2013 J seats on the route.

* Thai Royal Orchid Plus redemptions on Star Alliance airlines must be booked as round-trip. Mileage and taxes shown for one-way.

Where else does Air China fly its A350s?

According to GDS schedules, Air China is also currently operating its A350s to and from Beijing to destinations such as:

And from Shanghai to and from:

A good rate using Lifemiles to experience Air China’s latest Business Class cabin for the next few months from Singapore to Beijing.

The product and the on board service may not live up to Singapore Airlines standards, but this is a useful alternative on the Beijing route and a nice opportunity to try something different if your travel plans take you to or from China this summer.

Remember to avoid the A330 flights with the older 2-2-2 Business Class seats, and that when the 787s take over later in the year it’s also back to a sub-standard product. It’s the A350 you need, while it lasts.