Skip to content
British Airways is rolling out its Club Suite Business Class on Boeing 777-300ER aircraft serving both Singapore and Sydney. Starting in 2020, the project is due for completion in 2021. 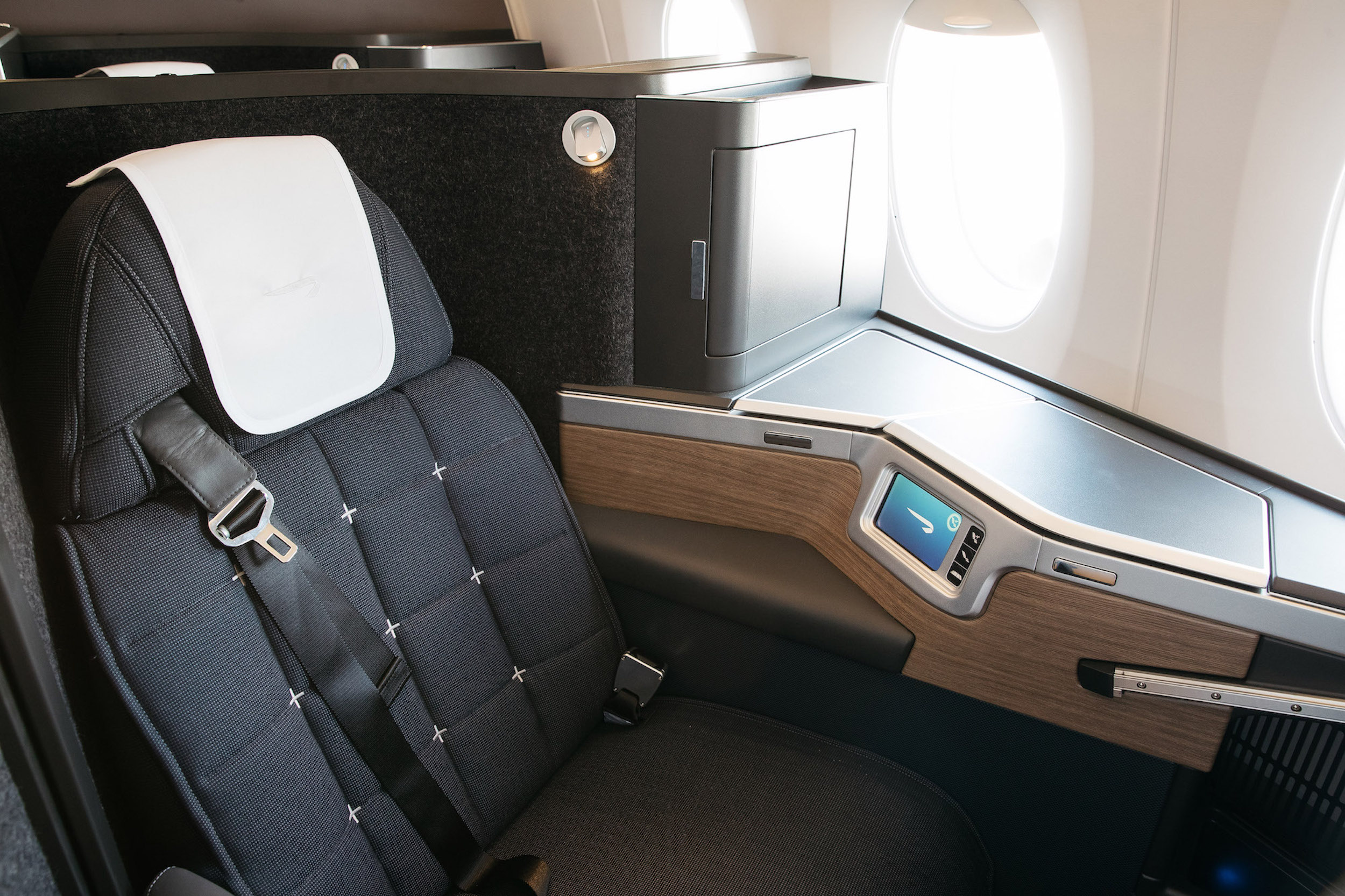 One thing British Airways is not typically known for is industry-leading products in its premium cabins. In fact the airline is still flying around an essentially 19-year-old design in Business Class on the vast majority of its long-haul aircraft, known as ‘Club World’.

Though it won rave reviews when it first launched in 2000, most seasoned travellers who fly on it today are decidedly unimpressed with the yin-yang configuration and lack of direct aisle access.

The situation changed earlier this year though with the long-awaited reveal of the airline’s latest Business Class product, which didn’t disappoint. Jumping right up to date with the latest designs, BA announced a direct aisle access product with closing privacy doors, called ‘Club Suite’.

The airline opted for a heavily customised version of the Collins Aerospace ‘Elements’ Business Class seat, previously known as the ‘Super Diamond’ seat and popular with a number of other airlines including Qatar Airways and China Airlines.

Naturally, it converts into a fully-flat 79″ bed for some solid rest on longer flights.

How quickly will Club Suite roll out?

At the IAG Capital Markets Day last week, the owner of British Airways revealed the refit schedule for the airline’s Heathrow-based long-haul aircraft with the Club Suite product.

While only 5% of the airline’s long-haul jets will feature these cabins at the end of this year, that ramps up significantly by the end of 2020 (33% of aircraft) and the end of 2021 (over half the long-haul fleet).

By 2025 all aircraft will have the new seats, but frankly from 2023 onwards it’s almost a done deal with only a slim chance of the old Club World network-wide.

When is it coming to Singapore and Sydney?

It’s the refits on the Boeing 777-300ER that will bring this product to the BA15/16 London-Singapore-Sydney route. Those are all finished up by the end of 2021, as shown in the plan below.

As you can see by the end of 2020 there will already be five Boeing 777-300ERs with Club Suites installed; four brand new aircraft deliveries from Boeing and one completed refit.

That puts the Club Suite distribution at close to a third of the 16-strong Boeing 777-300ER fleet, so it’s in fact possible for the Singapore / Sydney and other Asia-Pacific flights to start receiving these new cabin products as early as next year.

Thereafter from 2021 around one aircraft a month will be completed, and by the end of 2021 all Boeing 777-300ER routes will be Club Suite equipped.

With the daily London-Singapore-Sydney BA15/16 rotation occupying three of these aircraft on a full-time basis, not to mention the ‘prestige’ of the route as BA’s longest direct flight, it’s likely that Club Suites will be a regular if not permanent feature by mid-2021.

All BA15/16 flights will have the seats by late 2021, including the following daily departures:

With the exception of the Sydney to Singapore service, these are all overnight flights where the benefit of direct aisle access will be appreciated most, compared to the current arrangement where some passengers need to climb over other people’s legs in the middle of the night to reach the aisle.

British Airways also operates the Boeing 777-300ER between London and the following Asia-Pacific destinations, all of which will therefore receive the Club Suite product in Business Class by the end of 2021, assuming no scheduled aircraft equipment changes occur in the meantime.

The Airbus A380s will be the last aircraft in the British Airways fleet to receive the Club Suite refit, commencing only in 2022 and not completed until 2025.

Here is the A380 retrofit schedule.

That means the Singapore and Hong Kong routes have a long wait until they are 100% Club Suite operated, again assuming current flight and aircraft type allocation still applies by then.

It’s not out of the question that the upcoming Boeing 777-9, the world’s largest twinjet, could displace the Airbus A380 on BA’s Hong Kong and Singapore routes when they begin arriving in 2022. The airline has ordered 18 of the type, with the following delivery schedule:

These aircraft will be Club Suite equipped from delivery and could therefore potentially bring forward full Club Suite operation on these routes ahead of 2025, even though they will primarily replace Boeing 747s.

If you’re looking to redeem a seat in one of BA’s new Club Suite cabins from Singapore, you’ve got quite a wait until the product is assured on the London and Sydney flights.

Once it is operating though, assuming there are no changes in award pricing between now and then, these are the redemption rates with some of the more popular oneworld Frequent Flyer Programmes.

Best value to and from Sydney is using BA’s Avios scheme, or the (more elusive) American Airlines AAdvantage miles.

This new product will almost inevitably also receive closing doors for a suite-like experience, given that the new Business Class seats already include this feature.

If you’re flying on British Airways in Business Class from Singapore, there’s no shortage of lounge options. The airline operates its own lounge in Terminal 1, recently renovated including an impressive entrance.

Next door there’s also the Qantas Business lounge (see our review), widely seen as a superior option for ambiance, food and beverages, but sadly lacking a Champagne option.

As if that wasn’t enough, Qatar Airways is opening its own premium lounge in December 2019, set to include its signature Martini Bar, and this will also be accessible to BA Business Class passengers.

Great news that BA’s far superior Club Suite Business Class seat is coming not only to the the Singapore – London route but also to the airline’s daily Singapore – Sydney link from 2021.

Unfortunately it will be 2023 to 2025 before all the carrier’s Singapore flights will sport the new seats, based on current aircraft allocation, since the Airbus A380s will be the last to receive the product.

Other Asia-Pacific routes are also set to receive the new seats on a similar timescale, including selected London flights from Hong Kong, Shanghai and Tokyo.

We’ll be sure to try and bring you a detailed review of the new Club Suite product as it continues to roll out on the British Airways network.