Skip to content
March's Spontaneous Escapes deal includes Europe in Business Class for 64,400 miles each way, and a range of Australia flights for 43,300 miles 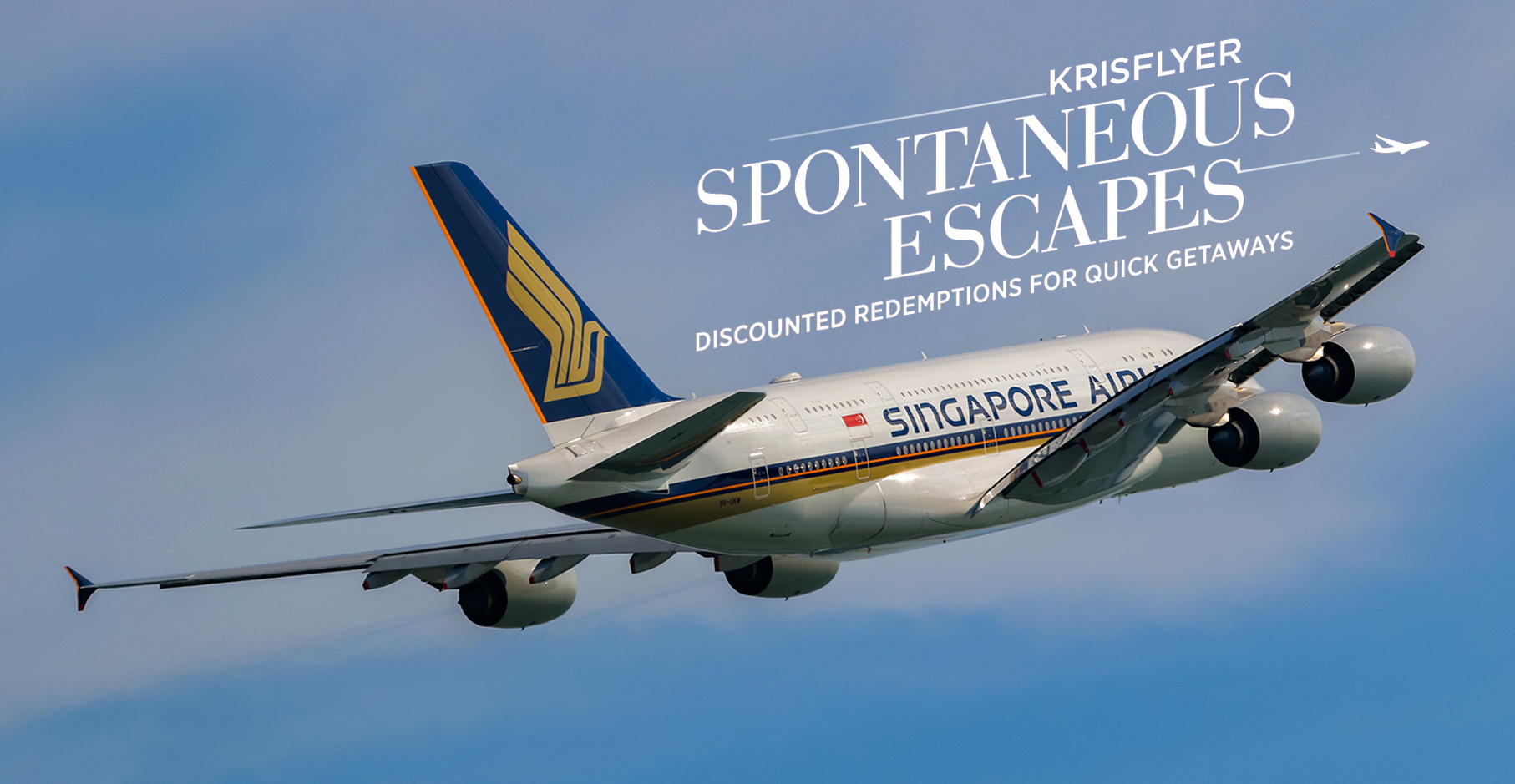 Last month Singapore Airlines launched one of its best Spontaneous Escapes deals yet, with 51% off a range of Economy and Business Class award tickets. That was an additional 21% off the usual discount, to celebrate KrisFlyer’s 21st anniversary.

This month it’s back to normal with the regular 30% discount applied for travel on selected routes in March 2020 and April 2020 for some USA flights.

In March there are a range of Europe flights with the discount in Business Class, including Singapore to Barcelona in the 2013 J seats and Zurich to Singapore in the new 2017 product.

Several Australia routes are also discounted, including Sydney, and there are some relatively good value Premium Economy options including Seoul for 24,150 miles – less than the usual Economy redemption rate on that route.

Some Economy deals are also worth considering, like Singapore to London for 26,600 miles – less than it normally costs to fly to Australia in that cabin.

The rules are the same as always – you’ll have to book by the end of this month, 29th February 2020, and fly in March 2020. Offers are subject to saver award availability.

Here’s how the Spontaneous Escapes offer works, for those unfamiliar with the deal.

The most important aspect of this monthly deal is where its best value usually lies – the latest long-haul and flat-bed regional Business Class seats in the airline’s fleet for 30% fewer miles in March 2020.

Singapore to and from San Francisco on the (currently non-stop) SQ1/2 service is a great redemption at 66,500 miles.

We know many of our readers still enjoy the super-wide 2006 long-haul Business Class seat, so you’ll be pleased to know you can redeem that product from Singapore to Sydney (SQ231) with a 30% discount this month (then head back to Singapore via Canberra in the 2013 J seat for a discount).

You’ll pay 30% fewer miles than usual for a saver redemption if you can book by the end of February and travel during March.

Singapore Airlines is offering 30% off several routes in Premium Economy Class for March 2020.

Required miles are shown for a one-way redemption, with aircraft types on the flights also indicated.