Skip to content
Only three SIA Airbus A380s with the new 2017 cabin products remain at Changi, as the others are flown to long-term storage 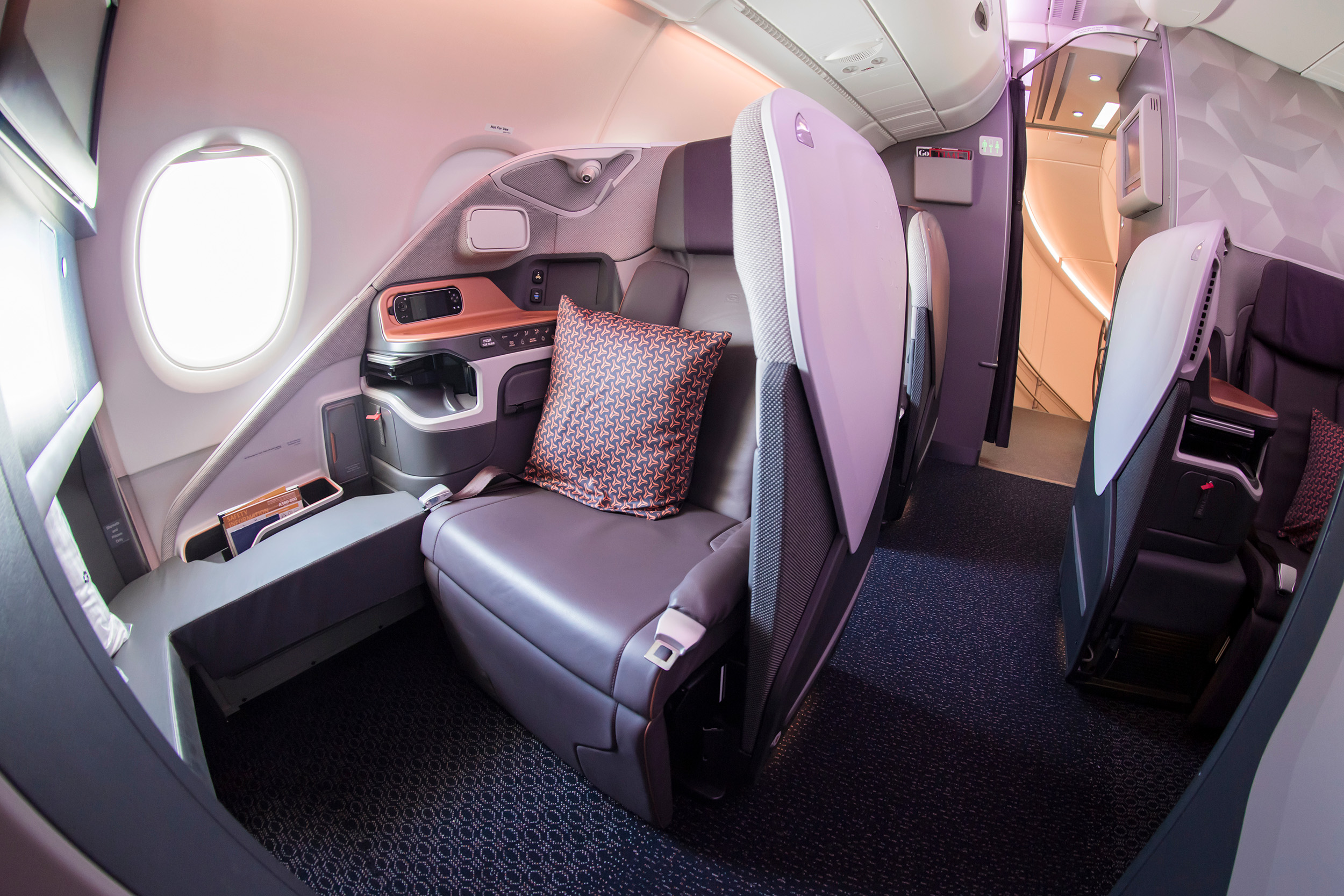 In a slight surprise, Singapore Airlines has prioritised sending its newest Airbus A380 aircraft into long-term storage in Australia this weekend, bidding farewell to over half its ‘Version 3’ superjumbo sub-fleet for at least the next few months, including a refitted aircraft that had only been back flying for 10 weeks with the latest cabin products.

This was after confirmation on Friday this week that four of the Airbus A380s would be making the journey to Alice Springs, joining three of the airline’s Boeing 777-200ERs that flew there three weeks ago.

The aircraft departed at approximate 1-hour intervals this morning, as follows:

This is an expensive exercise, likely costing upwards of S$100,000 per A380 for the operating cost of the 5-hour flight alone (around half of that is fuel), plus the same cost to bear again when the aircraft are then returned to Singapore in future.

That means it’s not done lightly or just for a few weeks – it’s a long-term plan for at least a few months.

Here are the four A380 aircraft which flew to Alice Springs last night, including details of their most recent passenger flight.

9V-SKT only flew with the new 2017 cabin products for around 10 weeks, so its internal fittings should be in mint condition.

Two Scoot A320s also flew down to Alice Springs last night, joining a pair that made the same trip three weeks ago.

These aircraft had not flown for around five weeks and were being temporarily stored at Changi.

SQ212 is picking up the crew

As with last time a batch of SIA aircraft was relocated to Alice Springs, Singapore Airlines is diverting today’s Sydney – Singapore SQ212 flight (a cargo-only service) via the airport, presumably to collect the 12 pilots and deliver them back home this evening. 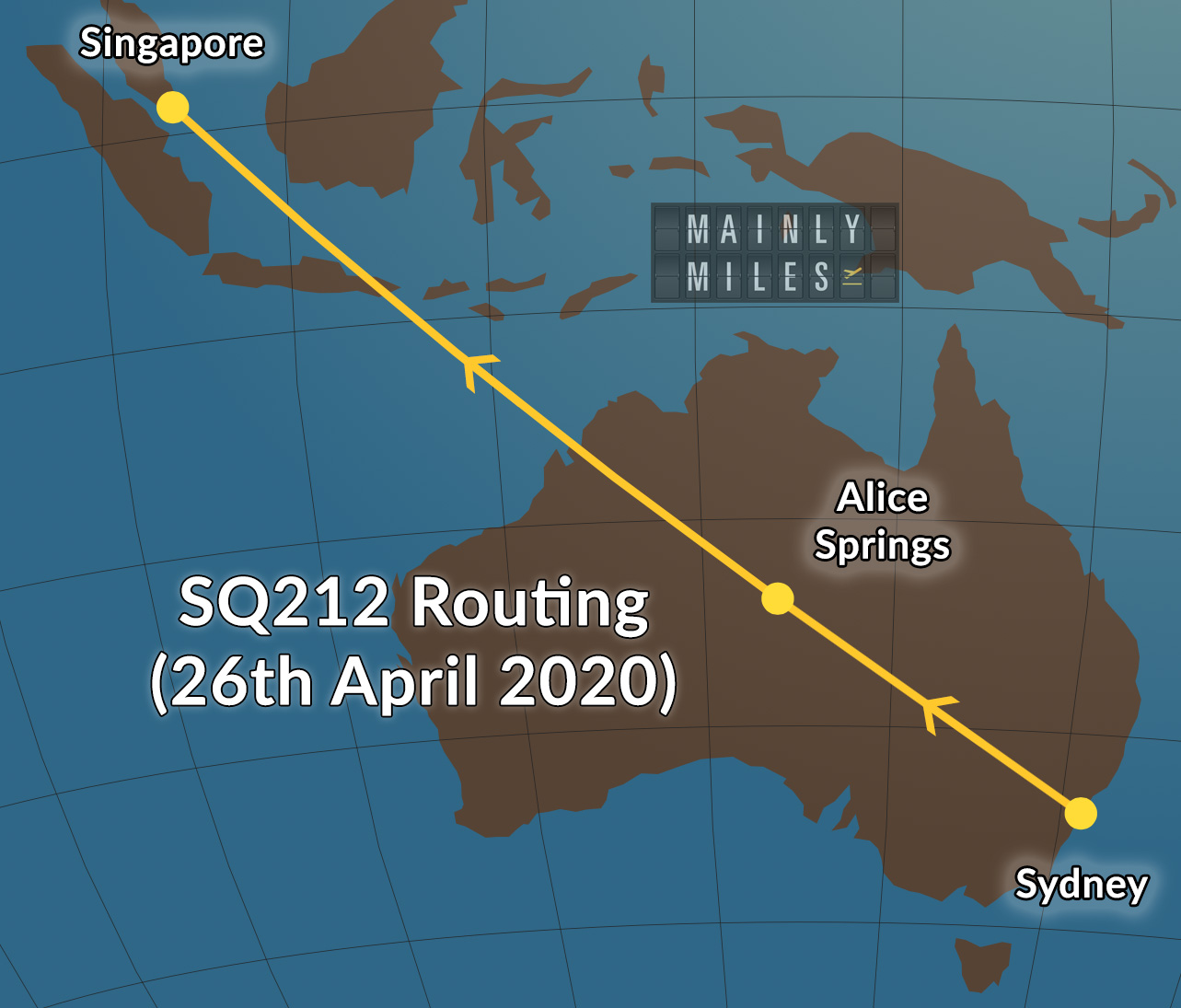 At the time of writing the aircraft, Boeing 777-300ER 9V-SWM, was just leaving the Australian coastline en-route from Alice Springs to Singapore, and is due to land just after 5pm local time.

Here’s a summary of the 17 Singapore Airlines Group aircraft in long-term storage at Alice Springs as of 26th April 2020.

These aircraft are now under the care of Asia Pacific Aircraft Storage, and will benefit from the dry desert climate, essential for preserving aircraft in long-term storage.

We have a full list of which other Singapore Airlines aircraft remain active or in short-term storage at Changi Airport as of 18th April 2020 in our regular monthly fleet update here, which showed that 61 aircraft are effectively in temporary storage mode.

Singapore Airlines clearly sees a long-term future for its Airbus A380 Version 3 aircraft, especially after the expense they have gone to installing the latest Suites and Business Class seats.

9V-SKN should emerge from its refit with these cabin products soon (it was originally required to support daily flights to Paris with the 2017 seats from 1st July 2020), which will increase the A380 Version 3 sub-fleet to eight aircraft in total.

One downside of these aircraft however is their capacity – at 471 seats they are the largest in the fleet and so probably the last aircraft the airline wants to deploy for the remainder of 2020, with travel demand likely taking a prolonged downturn.

SIA will therefore be concerned about the long-term condition of the remaining four Version 3 aircraft – SKS, SKU, SKV and soon SKN, assuming they don’t start reusing them soon.

That potentially paves the way for those four to eventually join the current batch in Alice Springs, or at an alternative facility.