Skip to content
Nearly 80% of Singapore Airlines flights departing Changi last week had no passengers on board, with the air cargo market solidifying itself as the carrier's biggest business amidst almost zero passenger demand 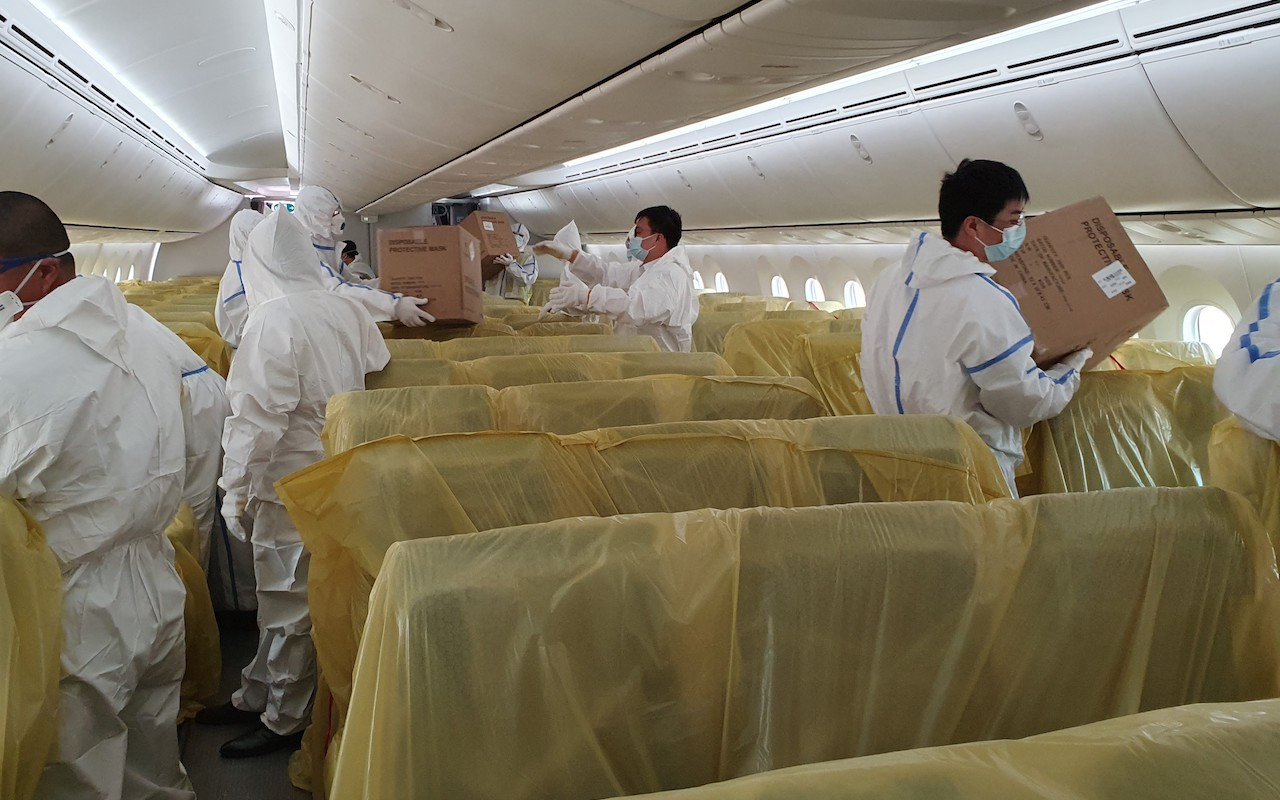 Three weeks ago we took a look at the side of SIA’s flying network you don’t hear so much about at the moment – where it is flying aircraft that normally carry passengers instead with only cargo on board. It was a fascinating overview, revealing at least nine additional cities to the 14 currently flying customers on the network, and that’s without even counting where the airline’s dedicated freighter Boeing 747s were flying.

This month we decided to take another look at the cargo-only routes, and it’s clear that a significant ramp up has happened since then, with the number of passenger aircraft departing Changi carrying only cargo on board increasing by over 40% in the last three weeks.

Last week we reported on the shockingly low passenger numbers on SIA’s remaining network of 14 cities to and from Singapore, with April 2020 statistics showing that just 300 customers joined these flights each day on average – a 99.5% reduction compared with the typical daily total of 60,000.

What continues to shift though is cargo, with a worldwide capacity shortage caused by the grounding of almost all passenger flights.

While Singapore Airlines carried far less cargo in April 2020 compared to April 2019 for that very reason, cargo load factors on its flights increased from 58.1% to 75.6% year-on-year.

In our April 2020 analysis, at least 12 Singapore Airlines aircraft were departing Changi each day carrying only cargo, either in the underfloor holds of passenger aircraft or in one of the airline’s seven dedicated Boeing 747 freighter jets.

Last week that total had risen sharply to at least 18 such departures, rising to 23 on some days, while passenger departures hover between 2 and 7 each day.

Here’s how the airline’s 174 departures from Changi last week looked.

Passenger departures from Changi dropped by four per week this month, compared to the week in April we examined. That’s down to three times weekly Singapore to Bangkok flights now carrying cargo-only due to an extension of the incoming flights ban by the Civil Aviation Authority of Thailand, and a single cancellation of SQ910 to Manila on Monday 11th May.

Cargo-only flights using the passenger fleet totalled between 13 and 18 daily departures from Changi, totalling 114 during the week. That’s a 42.5% increase since we examined the week of 20th-26th April 2020, three weeks earlier.

Cargo-only operations by the passenger fleet now outweigh passenger departures by nearly 4:1, making up over 65% of the airline’s flying activity.

Where are these 114 belly hold cargo services operating? We took a look at last week’s schedule and listed the departing flights from Changi in the following table, alongside the airline’s passenger services (which incidentally will also be carrying as much cargo as possible to maximise revenue).

Although we recorded cargo flights to Brisbane and Brunei in April, those weren’t flown last week. However we did see Adelaide, Auckland, Johannesburg and Osaka added to the list of cargo-only services using the passenger fleet.

Shanghai saw the biggest increase, already seeing 20 weekly cargo-only flights using passenger aircraft in April, however this soared to 34 weekly services (+70%), meaning the airline has returned to its full regular five flights per day on the route (despite only carrying passengers on one of its Monday flights).

Europe also continues to see cargo-only activity, with a mixture of Airbus A350s and Boeing 777-300ERs used last week on flights to Copenhagen, Frankfurt, London and Zurich, on top of the skeleton passenger schedule.

Singapore Airlines continues to deploy its core fleet of three cargo-capable aircraft types on both its passenger flights and its freight only services:

These aircraft types have the largest underfloor cargo capacity and are therefore well equipped to be used for this purpose, despite very low passenger loads averaging just 30 per flight on the skeleton passenger network in April 2020.

Obviously the Airbus A380 has a reasonable cargo capacity, but at close to double the hourly operating cost of an A350 it makes no sense to use them for cargo-only flights, with the entire superjumbo fleet now stored either in Changi or at Alice Springs in Australia.

Both Singapore Airlines and Scoot now have regulatory approval to from carry additional cargo in their main cabins on these cargo-only flights using passenger aircraft, following a successful trial in April.

Mainly Miles understands specific aircraft are now set aside for this purpose, including some Boeing 787-10s.

SIA says it can add up to 30% more cargo capacity this way, by utilising overhead locker space and strapping cargo to passenger seats, which have protective covers and netting installed to keep cargo securely in place.

Where are the Boeing 747 freighters flying?

Only six of the usual seven Boeing 747-400 freighter aircraft in SIA’s fleet were flying last week, presumably due to maintenance downtime.