Skip to content
With little sign of passenger demand returning, 14 SIA Group aircraft will be repurposed to carry cargo in their passenger cabins for the foreseeable future 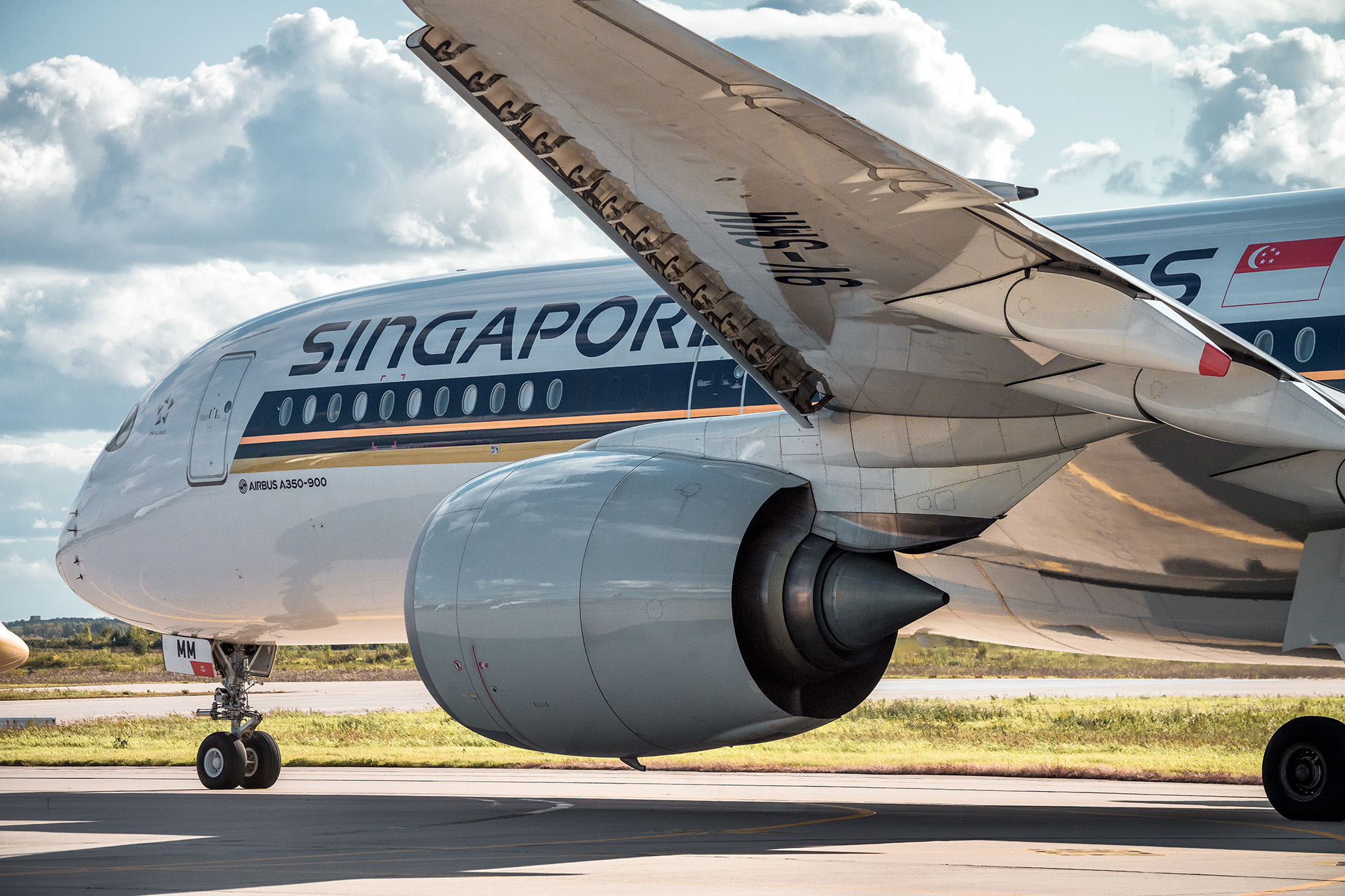 Singapore Airlines has been keeping fairly quiet on its fleet plans for the current financial year due to uncertainly caused by the COVID-19 outbreak, though as we noted earlier this week a (largely expected) retirement of Boeing 777-200, -200ERs and Airbus A330s will happen over the next 12 to 14 months.

We also outlined last week how the group is continuing to ramp up cargo services, to cities as far afield as Europe and South Africa.

The vast majority of these (114 out of 144 in the week we studied) are utilising the airline’s passenger aircraft with cargo in the underfloor hold and empty passenger cabins.

It’s the main reason Singapore Airlines is focusing on operating only aircraft with the highest cargo capacity in recent weeks and months, like the Boeing 777-300ER, Boeing 787-10 and Airbus A350-900, with practically all other types parked up for the time being.

SIA carried only 9,200 passengers in April 2020, an average of just 30 per scheduled passenger flight, so maximising cargo income is currently the only major revenue stream for the group.

14 aircraft are being repurposed

In its recent analyst briefing, Singapore Airlines confirmed that it had secured approval from the Civil Aviation Authority of Singapore (CAAS) to carry cargo in the passenger cabin on several of its aircraft types.

This followed successful trials in April 2020 using a Boeing 787-10, with the airline stating that 30% more cargo could be carried by utilising overhead lockers and space on and around the passenger seats.

The airline also revealed in its annual results presentation two weeks ago that it was in the process of setting aside 14 specific aircraft for cargo in cabin operations, as shown in the following table.

Scoot has already commenced cargo in cabin operations with its Airbus A320, launching a service to Kunming, China on 12th May 2020.

The aircraft, 9V-TRN, appears to have made a second round-trip to the Chinese city the following week, plus an additional such flight today.

Carrying cargo in the cabin on a passenger aircraft can be as simple as using the overhead lockers alone.

For the best capacity though, protective coverings are placed on the passenger seats, which can then accommodate additional cargo on the seats themselves and potentially the underfloor area.

Netting or other restraints are used to secure this additional cargo in place so it won’t shift during flight.

Loading and unloading time is significantly longer, with Singapore Airlines stating that the process can take up to 8 hours.

There are additional precautions with IATA guidance on the topic, including that dangerous goods (like corrosives and explosives) cannot be carried in the cabin section.

Passenger cabins do not have in-built automatic fire suppression systems like the cargo holds below, and so cabin crew must be on board to provide ‘fire watch’ duties in the passenger compartment and take appropriate action in the unlikely event of a fire breaking out during flight.

What about removing the seats?

A longer-term repurposing of these aircraft for cargo in cabin operations would be to actually remove the passenger seats allowing pallet-style loading secured by the cabin floor’s seat track system.

This is not currently what Singapore Airlines and Scoot are doing, with the passenger seats remaining installed on its 14 aircraft.

The proposal is not being ruled out though, with the Executive Vice President Commercial confirming during the recent analyst briefing that there was potential to move in this direction.

Business and First Class seats are typically not removed due to the added complexities of electrical connections to seat motors and IFE systems.

Even with the Business Class seats remaining, Air Canada says this modification brings the aircraft’s total cargo capacity to nearly 90 tonnes, not far off the typical 110-tonne capacity of a Boeing 747-400 Freighter.

If Singapore Airlines was to go down the route of removing passenger seats to add cargo capacity, we expect they would use the Boeing 787-10 or Airbus A350 Regional models, which have the largest Economy Class cabins.

With no slow down in the air cargo market amidst significantly constrained availability of cargo space due to the vast reduction in passenger flights, airlines are looking for ways to not only tap into this market but maximise it wherever they can.

The SIA Group only has seven d