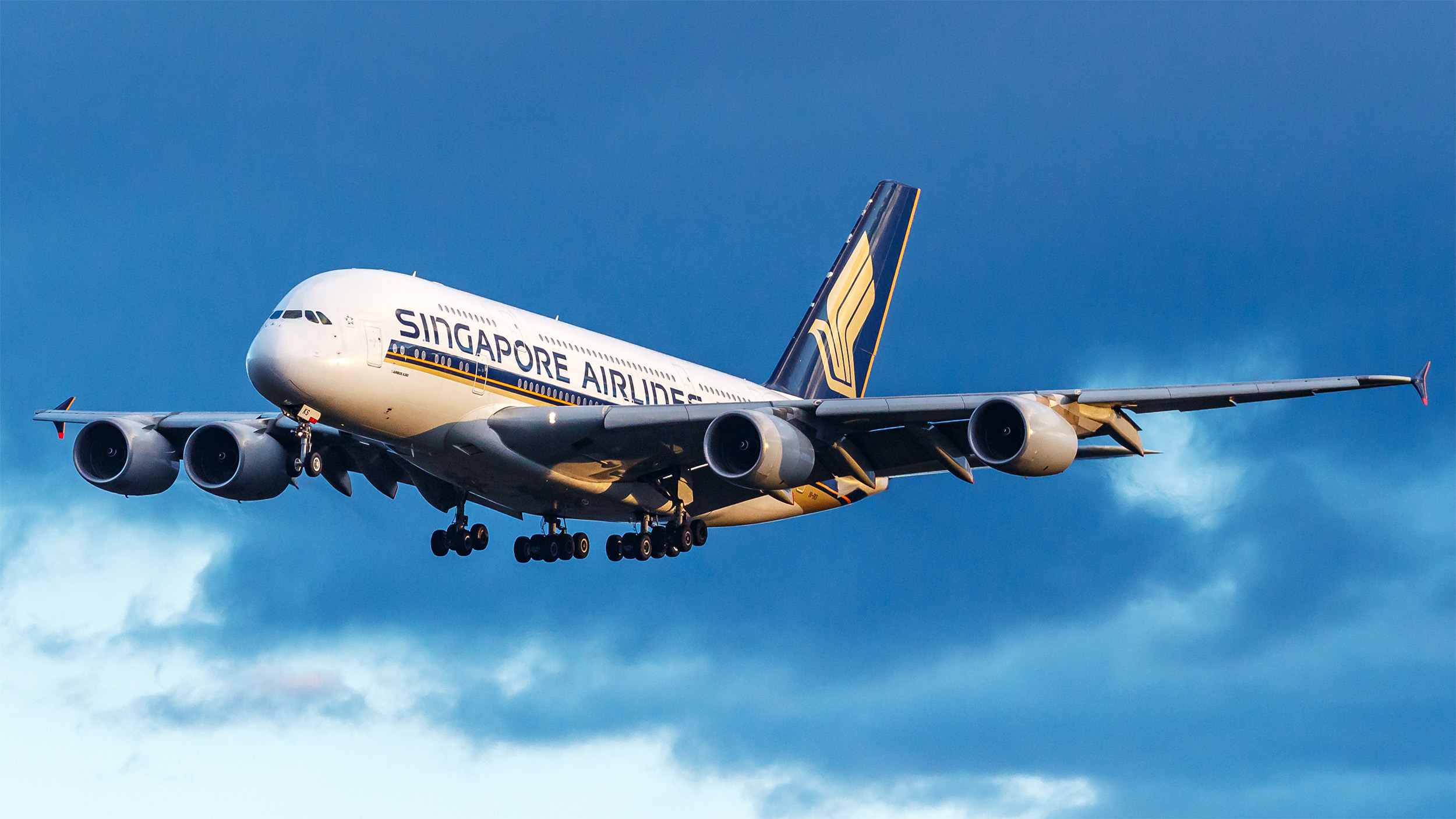 This morning another batch of SIA Group aircraft made what’s now becoming a familiar journey to Alice Springs Airport in Australia, where they will enter long-term storage. Part of the pack was a pair of Singapore Airlines Airbus A380s, meaning six of the airline’s 19 superjumbos will be residing in Alice Springs for the foreseeable future.

With a third of SIA’s Airbus A380 fleet now in long-term storage overseas and potentially more to follow, there looks to be no realistic prospect for a full return to service for the type until late 2021 at the earliest.

The Airbus A380s were accompanied by two Scoot Boeing 787-8s and three NokScoot Boeing 777-200s, all of which have now arrived in Australia.

The two Singapore Airlines aircraft departed from Changi this morning, as follows:

Here are the two Airbus A380 aircraft which are currently either en-route to Alice Springs or have recently touched down at the time of writing, including details of their most recent passenger flight.

These are relatively new Version 2 aircraft, with the high-density Business Class layout, but the older 2006 Business Class seats and Suites. They join four of the airline’s Version 3 A380s with the newer 2017 seats, still in storage at the Alice Springs facility.

Two Scoot Boeing 787-8s also flew down to Alice Springs last night, the first wide-body aircraft from the airline’s fleet to be placed in long-term storage.

They joined four of the low-cost subsidiary’s Airbus A320s, which were flown to the facility in April 2020.

These aircraft had not flown for around three months and were being temporarily stored at Changi.

Here are the three NokScoot aircraft which flew to Alice Springs, including details of their most recent passenger flight.

The NokScoot Boeing 777-200 aircraft are all owned by Singapore Airlines, previously carrying the 9V-SR* series registrations.

SIA has written down their book value to market value in a S$106.9 million charge, following the almost inevitable liquidation of NokScoot and zero prospect of the aircraft flying passengers again for the airline.

SQ222 is picking up the crews

As with each previous time a batch of SIA aircraft was relocated to Alice Springs, Singapore Airlines is diverting today’s Sydney – Singapore SQ222 flight (a cargo-only service) via the airport, presumably to collect the pilots and deliver them back home this evening.

At the time of writing the aircraft, Boeing 787-10 9V-SCO, had just departed Sydney on its way to Alice Springs.

Fun fact: This is the fourth time a Singapore Airlines Sydney to Singapore flight has been routed via Alice Springs to pick up the flight crew of aircraft delivered into storage, and the first time a Boeing 787-10 will have landed at the airport. The other three such flights were:

Here’s a summary of the 26 Singapore Airlines Group aircraft in long-term storage at Alice Springs as of 27th June 2020.