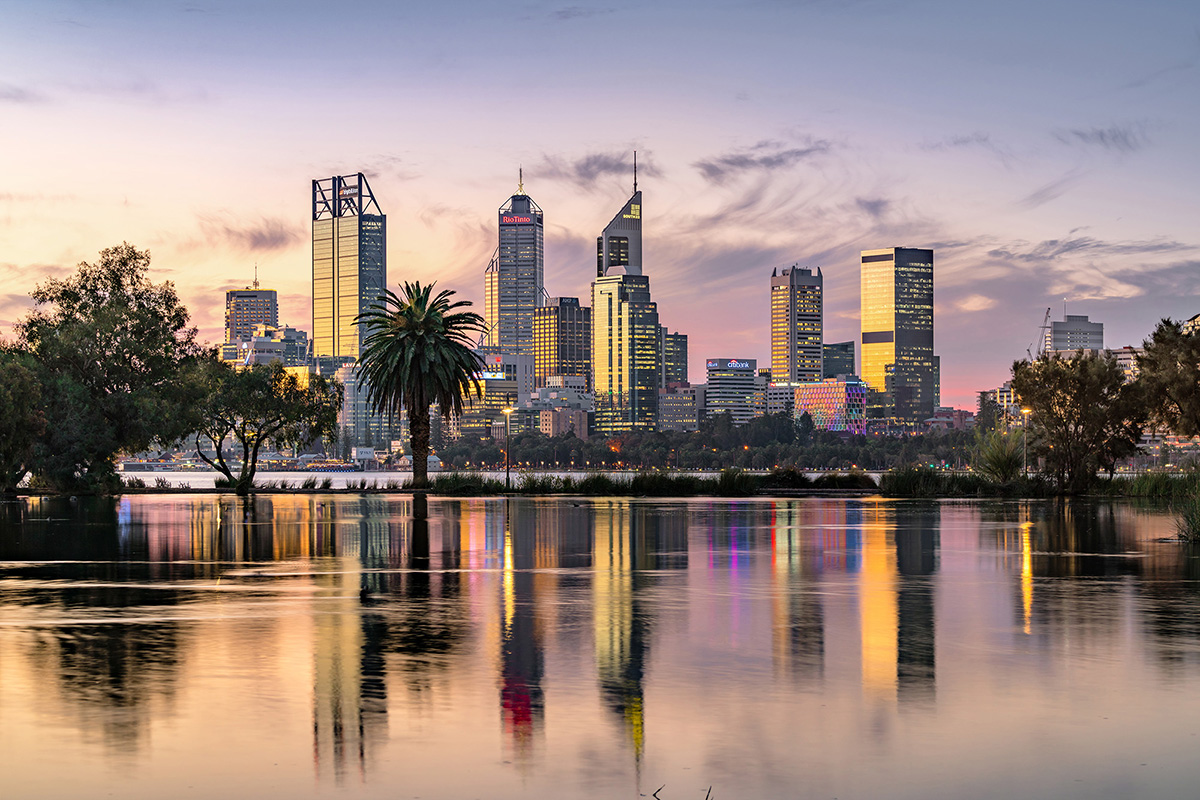 Singapore Airlines is increasing its Australia flights, adding Perth to its lineup of passenger services with three times weekly connections from 18th August 2020. This is a previously unannounced addition to the airline’s slim COVID-19 flight schedule, which has seen small but progressive increases since the low points of April and May 2020.

The route revival means that with the exception of Canberra, all of SIA’s usual Australia network will be served again, albeit on significantly reduced flight frequencies.

Services will supplement three times weekly Scoot flights on the Perth route. SilkAir’s Darwin and Cairns flights, which will transition across to SIA itself next year, remain suspended during August and September 2020.

The new schedule is effective through to the end of September 2020 at this stage.

Flights depart from Singapore as SQ223 at 10.05am every Tuesday, Saturday and Sunday, touching down in the Western Australia capital at 3.15pm the same afternoon.

The aircraft and crew then ‘turnaround’ in Perth before flying straight back on the same days of the week as SQ214 at 4.35pm, landing in Singapore at 10pm.

Singapore Airlines has been operating regular cargo-only services to and from Perth over the last few months, however this will be the first passenger service since 28th March 2020.

Fun fact: Perth was scheduled to receive a fifth daily flight from June 2020, meaning 35 services per week in each direction on the route. With just 3 flights per week being restarted, that new service (which never materialised) now looks a long way off.

Scoot has been consistently operating passenger flights to and from Perth throughout the COVID-19 pandemic. These will continue even after SIA relaunches its own services.

Strangely, Singapore Airlines has chosen to ‘overlap’ on two days of the week with Scoot, meaning the mainline carrier’s Sunday service is the only additional option with three days of the week (Mondays, Wednesdays and Thursdays) still void of any service to and from Perth.

That’s quite unlike SIA’s Kuala Lumpur route, where SilkAir ‘fills the gap’ on days that Singapore Airlines itself is not operating, to create effective daily service at a group level.

These are fitted with 36 of the latest 2018 Regional Business Class seats and 301 Economy Class seats.

We’ve comprehensively reviewed the new Business Class product on these aircraft. This is a great COVID-19 option, with built-in privacy screens and direct aisle access.

While a little narrower than other seats on the market, privacy lovers will appreciate the seclusion especially at the ‘A’ and ‘K’ window seats.

Here’s how the map of Singapore Airlines passenger routes now looks with the addition of Perth services from 18th August 2020.

These additional flights will result in the mainline carrier operating 581 passenger flights during the month of August 2020 and 646 in September 2020, its highest levels since the COVID-19 schedules came into force in April 2020.

However, this still represents only around 7% to 8% of originally planned levels for those months. 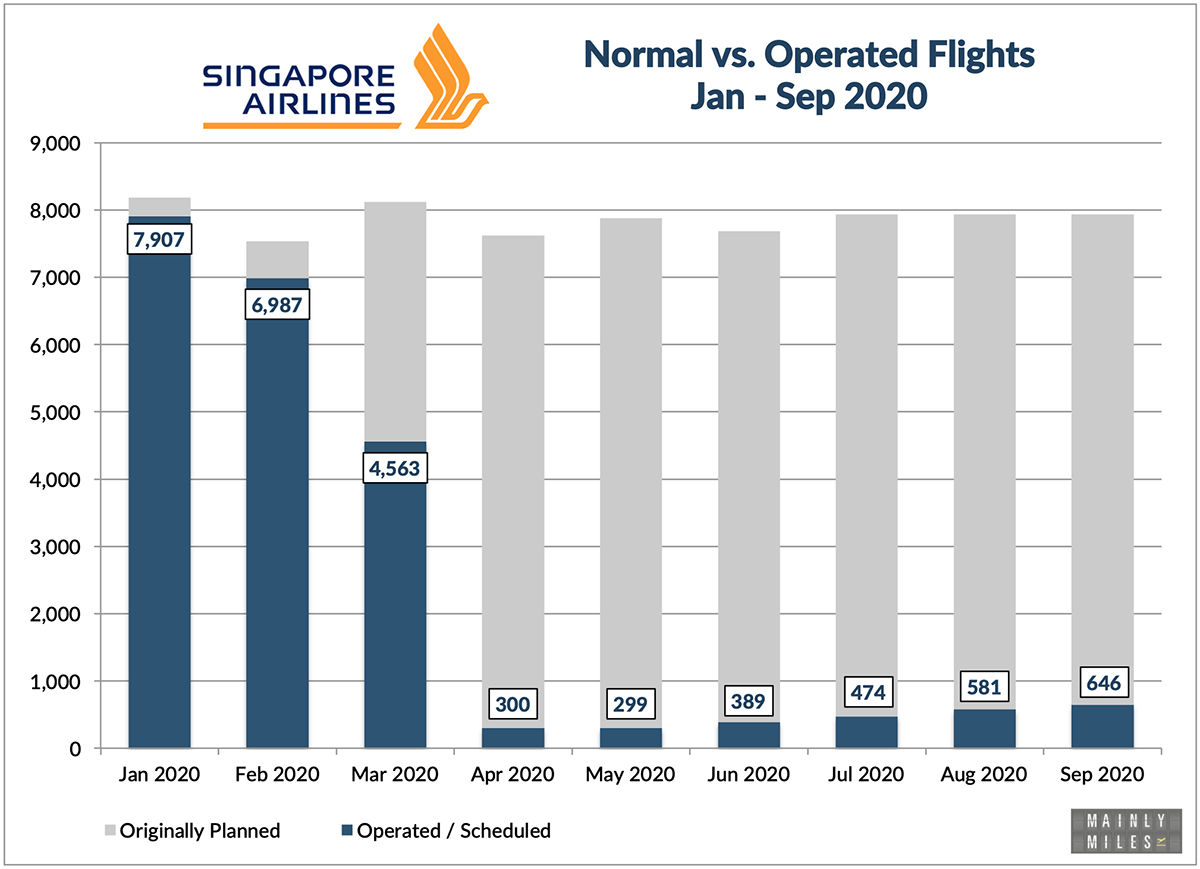 You can check our updated full list of routes and schedules operating during September 2020 for full details.

Perth is one of SIA’s approved origin cities for transit passengers connecting on its flights through Singapore Changi Airport. That means you can start your journey in Perth and fly anywhere on the SIA Group network with a ‘controlled’ transit at Changi Airport. 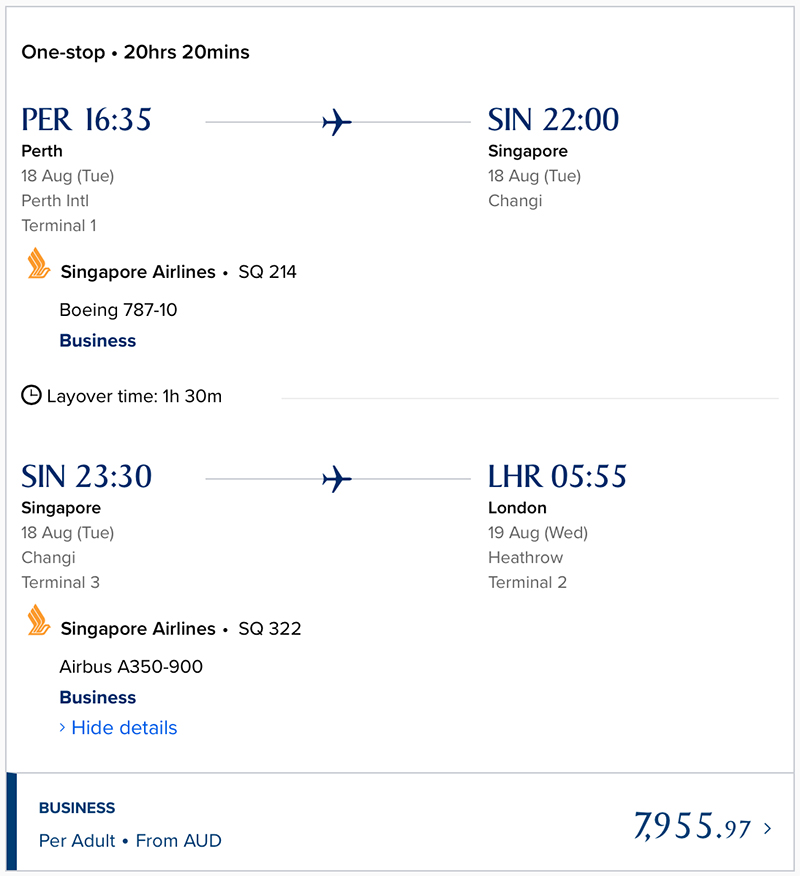 Good news if you have a longer connection – the Aerotel in Changi’s airside area is now open and accepting bookings for those in transit.

Who can fly to Perth?

Nationals or permanent residents of Australia and their immediate family members are currently allowed to enter the country, as are nationals of New Zealand permanently residing in Australia.

Passengers who are allowed to enter Australia must request an exemption before departure via the following link: Exemption Form

Passengers are required to quarantine for 14 days at the first point of entry. Passengers transiting through Australia for 8 to 72 hours are subject to quarantine until their departing flight.

SIA’s Australia routes are almost restored to a full pack with the announcement of Perth flights being added in mid-August 2020. Only Canberra is missing from the network, while SilkAir’s Darwin and Cairns routes also remain suspended.

Flight frequencies of course are decimated, despite the ‘cities served’ map looking healthy enough. Perth was supposed to be receiving 35 Singapore Airlines passenger flights per week in August and September 2020 – it will actually see just three.

Nonetheless this will be the airline’s 28th passenger destination in a steadily growing list since a skeleton schedule was adopted in April 2020. Additionally, SilkAir is currently serving three routes (five by September) and Scoot is flying to and from 12 cities.

As we also revealed this week, Qantas subsidiary Jetstar will scale up to 9 routes from Singapore this month.