Skip to content
Singapore Airlines is approved to accept transit passengers from today. Here's how the process will work. 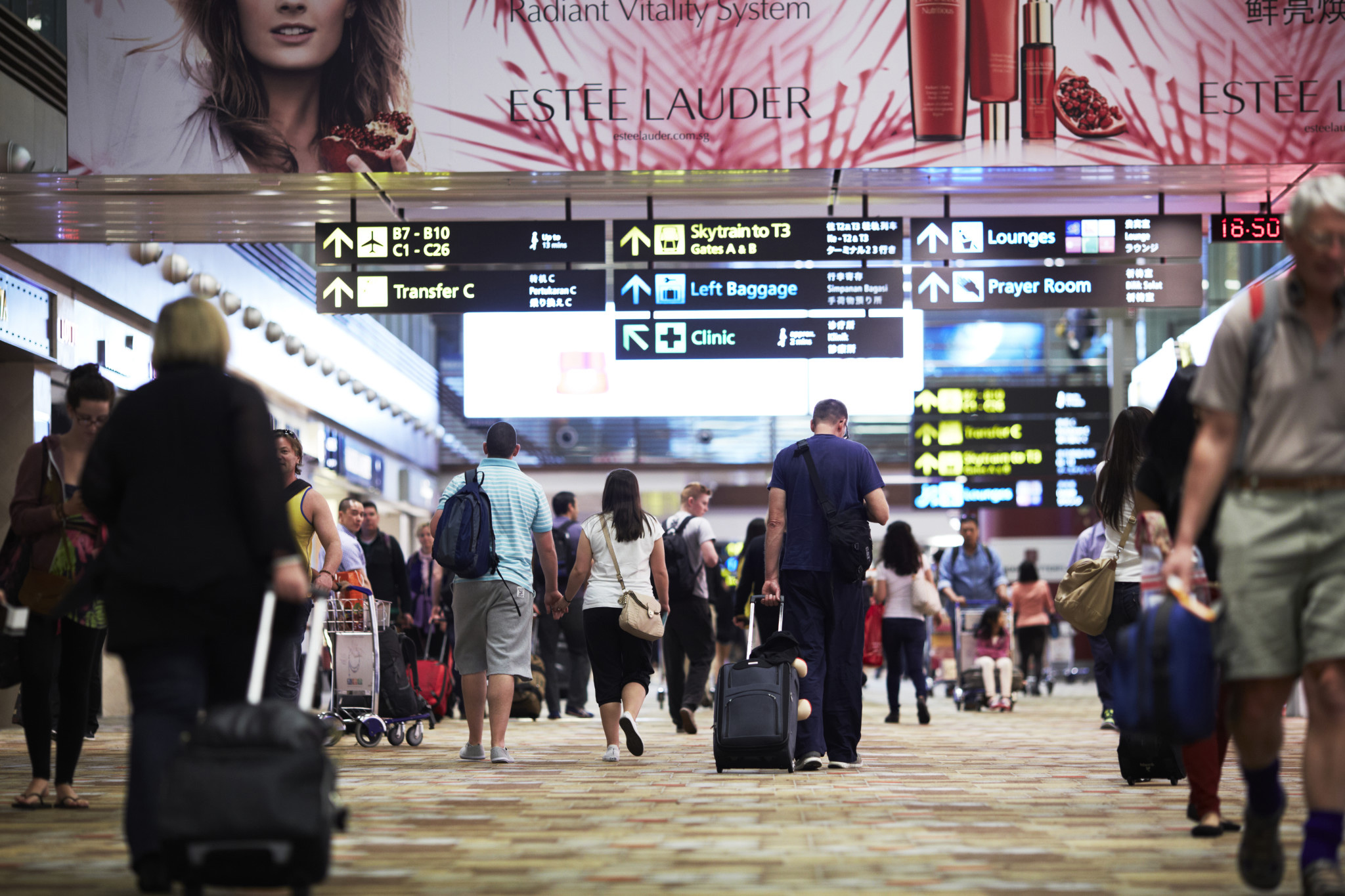 In early June we reported on the latest Singapore Airlines passenger flight schedules, with a 75% increase in services happily marking the most interesting and positive update for some time, as the airline reintroduced service to a dozen cities on the network.

This followed the news in mid-May that Scoot would be increasing its flight schedule, as Changi Airport was set to welcome transit passengers through the facility again from 2nd June 2020.

Despite passengers technically being allowed to transit through Changi since 2nd June, in fact it was up to operating airlines to present their proposals to the Civil Aviation Authority of Singapore (CAAS), outlining how they would set up designated ‘transfer lanes’ through the terminal for these customers.

That was necessary to comply with the restriction to “ensure no mixing with other passengers in the terminal”.

For the first 9 days until 10th June 2020, it all went quiet, with SIA Group airlines still not able to carry transit passengers through the airport or sell connecting itineraries, even as flights were starting to ramp up from Monday this week.

This morning the SIA Group confirmed that it has received CAAS approval for transit passengers and outlined the process and guidelines.

“Singapore Airlines and SilkAir customers will be able to transit through Singapore Changi Airport from selected cities in Australia and New Zealand, to any destination in the SIA Group network currently operated by SIA, SilkAir or Scoot, with effect from 11 June 2020.”

Last week SIA also outlined its new ‘customer journey’ in light of COVID-19 as passenger services were increased, with additional precautions including à la carte meals in lounges, enhanced cleaning measures and on board service adjustments.

For the time being transits are only permitted one-way from cities in Australia and New Zealand, to any Singapore Airlines destination, on flights within the SIA Group (Singapore Airlines, SilkAir and Scoot).

Customers must also ensure that they meet the entry requirements for their final destination.

For example, it is now possible to book a connecting itinerary from Sydney to London, which was not the case before today. 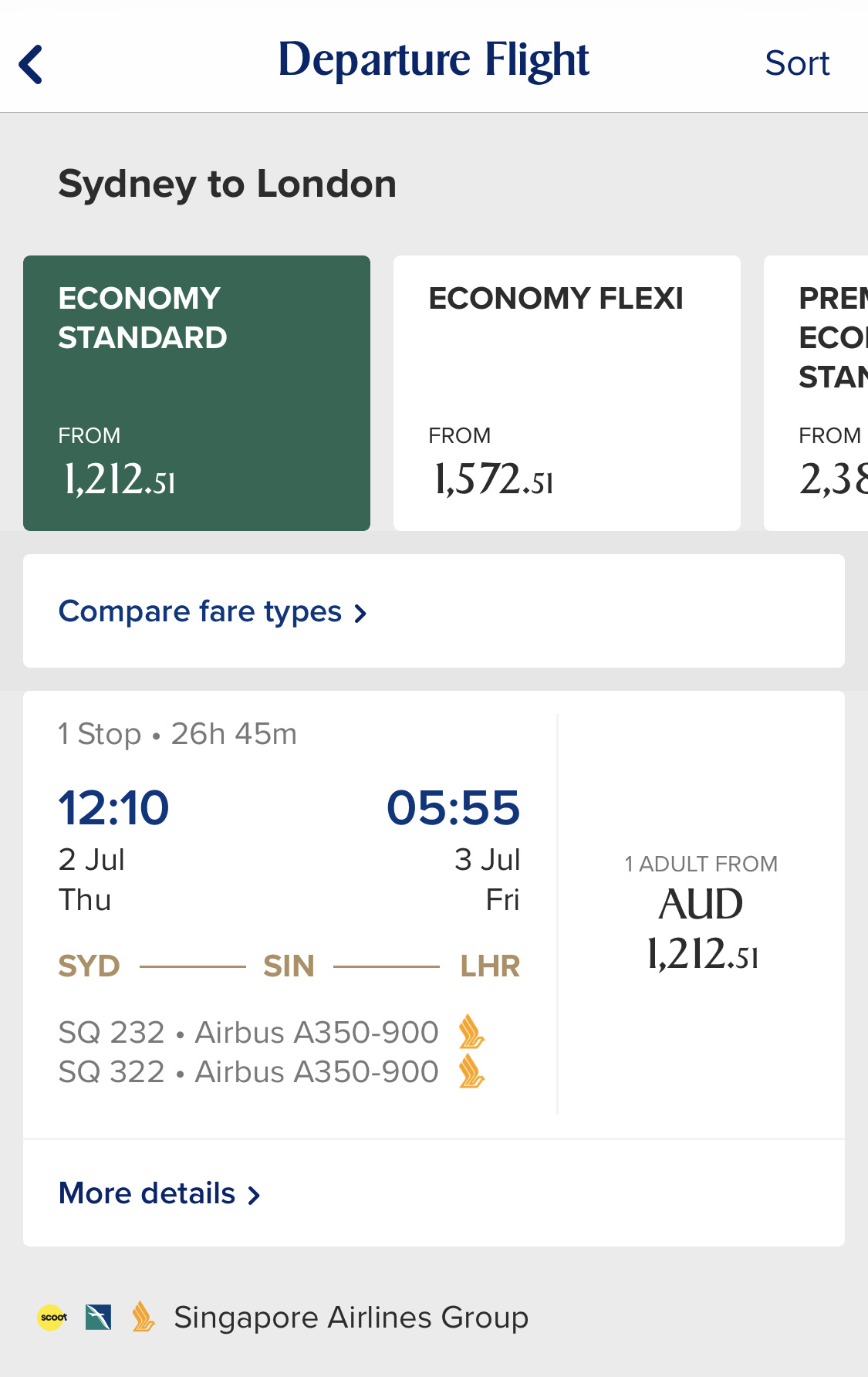 Transit passengers will be assigned a seat in a designated zone on the aircraft for each flight taken, and will board first at their point of origin.

To meet the regulatory requirements, transit passengers will leave the aircraft last when arriving from their first flight, then after temperature screening will be met by an usher in order to then be kept separated from other passengers in the terminal.

They will be provided with a wristband for access to designated transit holding areas.

“Due to regulatory requirements, you will not be able to visit any shops, restrooms, or amenities en route to the next boarding gate or the designated transit holding area.”

Around 75 minutes before their next flight departs, transit passengers will be escorted in groups from the transit holding area to their boarding gate for security screening and boarding. They will then be the first group to board the aircraft, regardless of cabin class.

Note: If your next flight is departing in 75 minutes or less from your arrival, you’ll be escorted directly to your boarding gate.

What’s in the designated transit area?

The designated transit holding areas are located in Terminal 1 and Terminal 3. They include the following facilities:

There will also be the facility to order food and drinks from selected F&B outlets in Changi Airport, or tax-free shopping, which will be delivered to you in the transit holding area.

Changi Airport group promises “a safe and welcoming environment for both travellers and airport staff” in these dedicated spaces.

Transit passengers must stay within the designated transit holding area at all times, and wear a face mask unless eating, drinking, or smoking.

There’s a lounge… of sorts

Transit passengers who PPS Club members or flying, Suites, First Class or Business Class (currently, there are no Suites or First Class cabins in service) will be able to access the premium waiting area, an enclosed space where complimentary Wi-Fi, complimentary food and drinks, as well as recliners for rest are available.

These passengers will not have access to the SilverKris Lounge (Business Class) at Changi Airport Terminal 3, due to the regulatory restrictions.

Unfortunately KrisFlyer Elite Gold members will not be eligible to use the premium waiting area, so it sounds as though there may be a space constraint.

Airlines are allowed to apply to CAAS to use their own lounges for transit passengers, provided they can be in a separate screened area from regular departing guests. Such a proposal would also require some ‘policing’ from lounge or airport staff and would likely require dedicated dining and restroom facilities, so it’s unlikely to be feasible for most carriers.

For example, it would not be impossible for Qantas to have its regular passengers in one lounge while transit passengers use another, once the airline restarts flights from and through Changi.

Where are the transit holding areas?

It looks as though the T1 ‘C’ gates transit holding area may also be used for transit passengers departing from the ‘B’ gates in T3, while the one near gate A15 will be used for ‘A’ gate departures.

Unlike Hong Kong, which is allowing transit passengers flying with the same airline group but limiting connections to eight hours, there is no limit to the length of your transit time at Changi when flying on these SIA flights.

It’s worth bearing in mind that you will be required to stay in the designated transit facility for the full duration of your time between flights and that all transit hotels at the airport are temporarily closed.

Update: The Aerotel in Terminal 1 is now available for booking by transit passengers. See our full article here for details of the process.

SIA is therefore recommending that you plan your itinerary with the transit duration in mind. The airline sells transit tickets with up to 24 hours between flights.

Singapore Airlines has outlined the transit process in detail, including a range of frequently asked questions at this designated page of its website.

Changi Airport group also has a transiting guide for reference during the COVID-19 period.

It all went quiet on the transit flight front for the first few days of June, with no details provided of airline approvals nor how the ‘transit lanes’ themselves would work.

Good news today is that the SIA Group airlines, who’ll benefit most from this arrangement, now have the all clear to start selling connecting itineraries, albeit one-way on selected routes from Australia and New Zealand.

This will initially assist those in Australia and New Zealand to return home using SIA flights, though additional city pairs are likely to be added in the months ahead.

These connecting itineraries are now bookable through the Singapore Airlines website.

PPS Club members and Business Class passengers will even have a ‘premium waiting area’ to enjoy. Changi Airport has confirmed to Mainly Miles that the above image is of the Premium Waiting Area, separated from other transit guests.

In normal circumstances, around a third of passengers passing through Changi Airport each year are in transit.