Skip to content
Singapore Airlines has operated its final planned passenger flight with a First Class cabin from Changi. For the next few months, service tops out at Business Class. 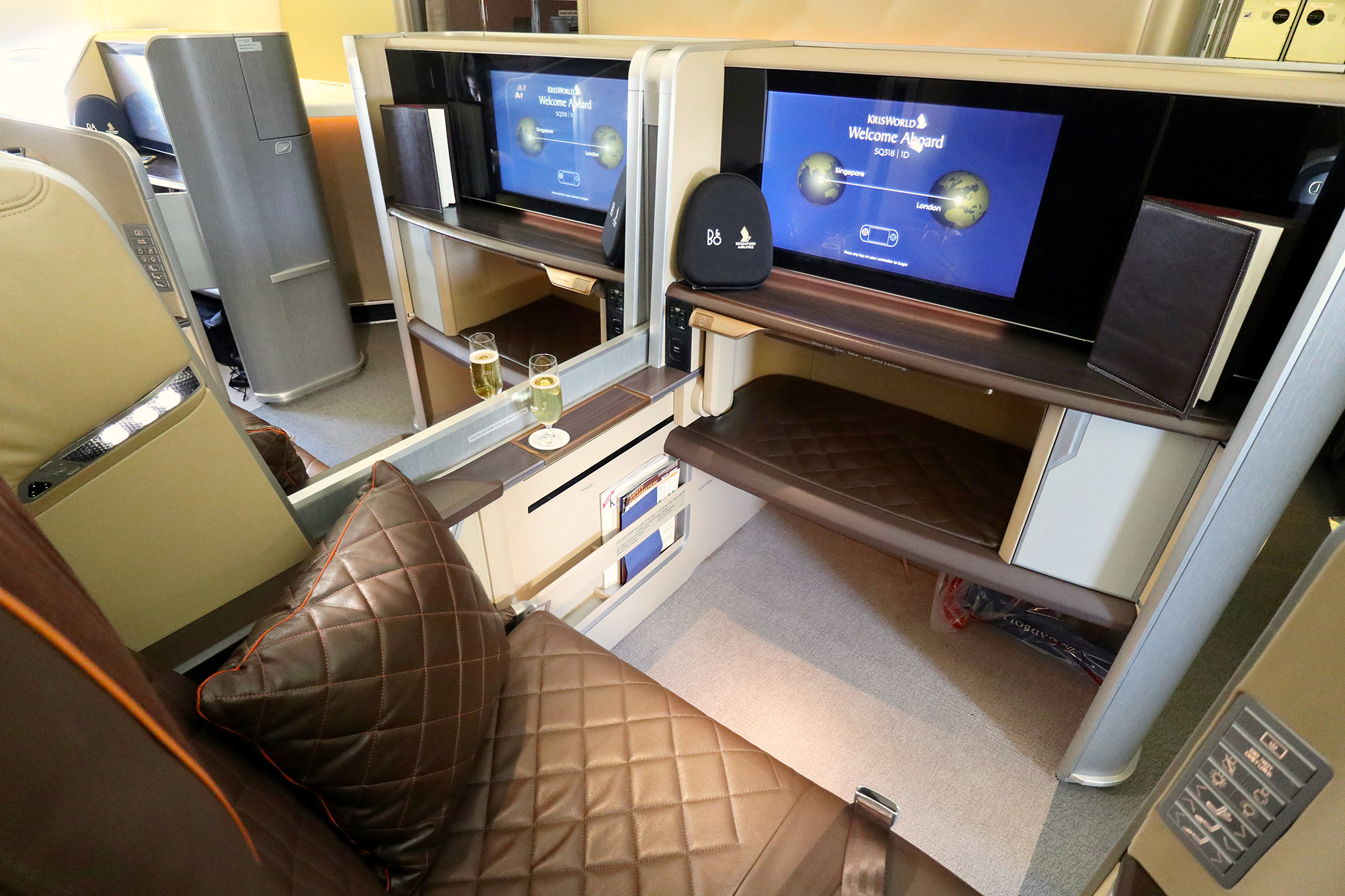 When SQ326 from Singapore to Frankfurt lifted off at 11:56 this morning, it marked an unusual temporary suspension for the airline. For all of SIA’s planned departures from Changi between now and September 2020, the passenger experience tops out at Business Class, as Boeing 777s become dedicated to cargo-only flights and Airbus A380s remain mothballed.

Additionally, only two of the airline’s five Business Class cabins will remain in service until at least August 2020 – good news for those of you who actively avoid the older 2006 and 2009 seats.

You’ll be pleased to know Singapore Airlines isn’t ripping out the First Class seats and Suites from its aircraft, but instead from today it has opted to dedicate its passenger flights for June and July 2020 across three aircraft variants, the Airbus A350 (3-class), Airbus A350 Regional and Boeing 787-10.

Boeing 777-300s and Boeing 777-300ERs are now scheduled to fly cargo-only services in GDS until at least the end of July 2020, while the Airbus A380s are all in storage and will not be making an appearance on passenger routes for some time.

Similarly, any return for the A330s to passenger service seems unlikely.

The final flights carrying passengers in First Class under the current schedule have now departed from Changi. They were:

SIA has wiped out First Class until September

We know that there are no planned First Class cabins in the schedule during June and July 2020, however we also noticed that Singapore Airlines has pulled all First Class and Suites inventory through the month of August 2020.

This is regardless of aircraft type programmed (A380s won’t happen as we mention below), and reflects on both the airline’s website and GDS systems like ExpertFlyer.

In effect – First Class is not available on any route until 1st September 2020 at the earliest.

Only 51 of SIA’s 120+ strong fleet has a First Class or Suites cabin installed. None of them will be flying passenger services until at least August 2020.

Singapore Airlines stopped operating its Suites cabin in late March 2020, when its fleet of 19 Airbus A380s were moved into storage in Singapore.

Four of these aircraft have since been moved to long-term storage in Alice Springs, Australia, with the remaining 15 at Changi.

Despite flight schedules including the Airbus A380 from 1st August 2020, there appear to be no plans to reintroduce the type to service during this period of little or no demand. Indeed Mainly Miles has learned that more A380s are heading for Alice Springs later this month.

Fun (or depressing) fact: Friends of ours who are Singapore Airlines cabin crew have been informed by the airline that the Airbus A380 will not fly passenger services for at least the rest of 2020.

What it means for Business Class

That means we’re down to two Business Class cabin types until at least 31st July 2020.

Here’s which aircraft types (and therefore Business Class cabin types) are being flown on SIA’s passenger routes between now and the end of July 2020.