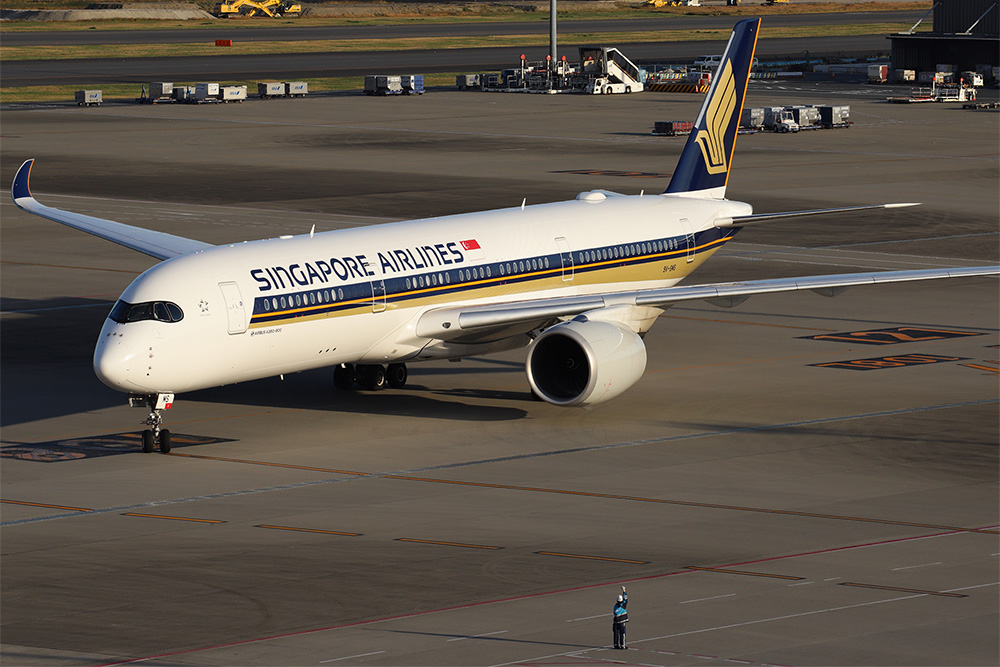 Singapore Airlines has released its operating statistics for July 2020, with increased transit traffic through Changi reflecting positively on both total passenger numbers and load factors compared to the recent months. The mainline carrier filled 22.5% of its available seats, the highest level in four months, on 474 passenger flights.

“In July 2020, demand for air travel continued to be severely curtailed as border controls and travel restrictions remained in place around the world. Group passenger capacity (measured in available seat kilometres) was down by 94.3% year-on-year. Overall passenger carriage (measured in revenue passenger-kilometres) was lower by 98.6%, resulting in a Group passenger load factor of 21.6%, a decline of 64.2 percentage points year-on-year.

“SIA’s capacity was 93.1% lower compared to last year’s, with only a skeletal network in operation connecting Singapore to 25 metro cities. Passenger carriage declined 98.2%, resulting in a passenger load factor of 22.5%.”

In contrast, a year later, the mainline carrier flew only 27,600 passengers in July 2020 on 474 passenger flights – an average of just 890 passengers per day and the equivalent of around 58 passengers on every flight.

Nonetheless, these statistics are an improvement on recent months, and a far cry from May 2020’s low point of 8,600 passengers (280 per day, 29 on average per flight).

Overall a 98.6% drop in passengers was recorded against July 2019. Load factor dropped from 85.9% to 22.5%, though this was the highest level the airline has achieved in four months, no doubt a side effect of increased transit flight approvals through Changi Airport for those still travelling during this period.

Social distancing still wasn’t an issue of course – the average passenger still had 4 seats to themselves.

Load factors by region in July 2020 were as follows (June 2020 load factors in brackets):

As you can see it’s Europe and Australia that got the biggest boosts here, with flights more than twice as full compared to June 2020.

This is undoubtedly a result of increased transit passenger throughput, with the Europe – Australia / NZ market (and vice-versa) still seeing a significant number of passengers travelling either to return home or for other urgent / family reasons.

Interestingly, the airline’s three times weekly flights to and from Los Angeles, which were the busiest across the board in June 2020, are now among the quietest, with a slight decline in average loads.

Los Angeles is not a valid origin point for transit traffic through Changi Airport, so is restricted to LAX-SIN / SIN-LAX passengers, or those inbound to LAX from other destinations on the network.

Looking at the year to date for Singapore Airlines, the load factor in particular stands out as a great improvement in July 2020, almost doubling from the previous month.

SilkAir carried 1,700 passengers on an increased network of 42 flights during July 2020, giving the carrier an average of 53 passengers on each service.

“SilkAir’s passenger carriage decreased by 99.6% year-on-year against a 99.3% cut in capacity. Passenger load factor was 43.3%. SilkAir only operated flights to Chongqing, Kuala Lumpur and Medan in July 2020.”

“Scoot’s passenger carriage declined 99.6% year-on-year against a contraction in capacity of 97.1%, which led to a passenger load factor of 12.6%. In July 2020, Scoot increased the number of destinations served to nine (Guangzhou, Hong Kong, Ipoh, Kuching, Nanjing, Penang, Perth, Surabaya and Taipei). Operations to West Asia and Europe remained suspended.”

Load factors by region in July 2020 were as follows (June 2020 load factors in brackets):

The low total to and from Australia is partly due to the airline’s deliberate use of its largest capacity aircraft (Boeing 787-9s) on Perth flights, to take advantage of underfloor cargo capacity.

On average each of the airline’s Perth flights had only 19 passengers on board, despite capacity for 375. This was a slight increase compared to June 2020, however.

As we’ve mentioned above, all SIA Group carriers are now reaping the increased benefits of additional transit flight approvals through Changi Airport.

This seems particularly noteworthy on the Europe and Australia / NZ flights, suggesting SIA is now helping to serve a nice chunk of that popular market, which includes the ‘Kangaroo Route’.

Passengers in transit through Changi are still following a strict segregation process to help avoid the potential for COVID-19 transmission, as we outlined in our article from June 2020.

We expected to see a hike in numbers in July 2020 from this source of traffic, and it’s pleasing to see that has happened.

Additional transit permissions in August 2020, with more eligible origin points, should hopefully lead to another increase in the next set of data, with routes like Auckland seeing progressively increased service due to demand from connecting passengers.

Note: Since the time of writing, transit origin approvals have now been extended across 37 cities on the current SIA network.

One saving grace for the SIA group continues to be cargo, with the collective freight load factor across all carriers in the group up from 58.1% in July 2019 to an impressive 84.6% in July 2020.