Skip to content
Singapore Airlines is rounding off 2021 with over 100 of its passenger aircraft back in regular service, including 7 flagship Airbus A380s.

36 aircraft are still in storage, either at Changi or in Alice Springs, though only 15 of these are due to return to service, with the others for sale or disposal.

Highlights for the end of the year were undoubtedly the re-entry into service for the new and refitted Airbus A380s, plus the debut of the Boeing 737-8 MAX with new cabin products.

The official registered aircraft data in combination with recent retirement announcements and analysis of actual flight movements over the last few weeks allows us to determine the actual ‘in service’ fleet (available to the airline) of 125 planes at 29th December 2021, 110 of which were recently active.

These are therefore excluded from the ‘In Service’ column. 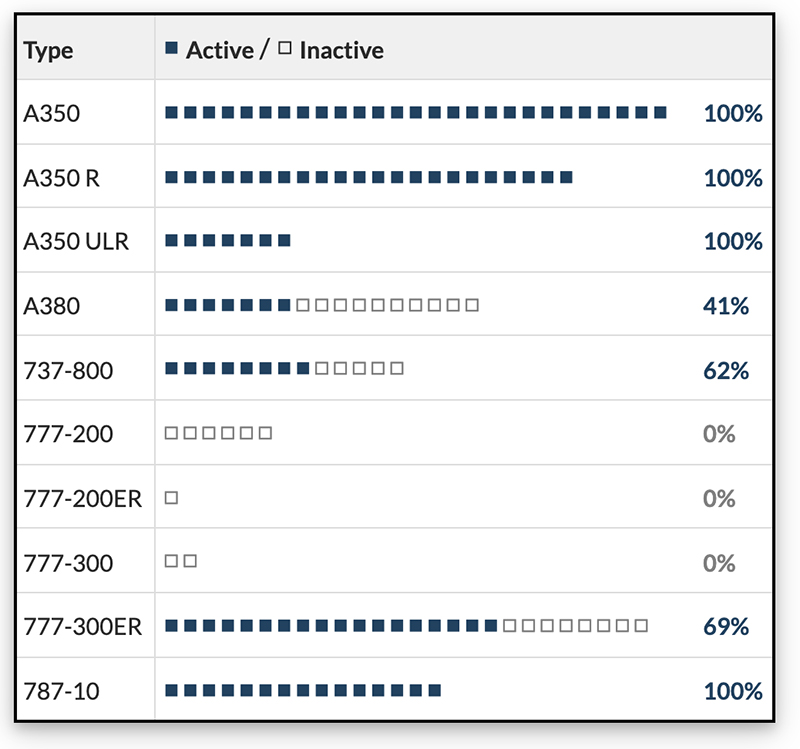 The final Airbus A330 to leave the Singapore Airlines fleet and return to its lessor was 9V-SSI, which was flown to storage in Spain on 16th October 2021.

These aircraft were only leased on five-year terms, initially as a stop-gap due to production delays for SIA’s Boeing 787s and Airbus A350s, though additional leases were later signed for the A330s, while some lease terms were extended.

Those still in service around the world after being returned by SIA include aircraft now flown by Brussels Airlines, Air Canada, Oman Air and TAP Air Portugal.

You can see a full list of ex-SIA Airbus A330s now with new operators here, and a list of those in storage <a href="https://www.airfleets.net/flottecie/Singapore%20Airlines-stored-a330.htm" target="_blank" rel="noreferrer noopener