Skip to content
Singapore Airlines only has two more Airbus A380s left to refit into its latest cabin configuration, with two-thirds of the future superjumbo fleet now back in action ahead of India, Frankfurt and New York flights.

We are finally entering the last lap of Singapore Airlines’ long-awaited refurbishment of its Airbus A380 fleet into the latest cabin configurations, including new Suites and Business Class seats, with the news that the fifth refit has been completed, leaving only two to go.

9V-SKR, which was stored at Changi since March 2020, is the latest aircraft to have the work completed. It entered service on Wednesday to Sydney and has since flown on a London flight, ticking off the airline’s current two A380 routes.

Five down, two to go

That means only two A380s still need to have the work completed.

Mainly Miles understands these will be:

Singapore Airlines already confirmed to us that 9V-SKQ is currently undergoing the cabin renovation at Changi.

“The aircraft, registration 9V-SKQ… will be retro-fitted as part of our plan to have all 12 remaining A380s in our fleet fitted with the latest A380 cabin product.”

It’s the densest configuration Singapore Airlines has installed on the A380 since it started operating the aircraft in 2007, with 30 more seats in total than the old Version 1 examples and 92 more seats than found on the Version 2 jets.

Here’s a bit of nostalgia for the A380 lovers, showing the 12 Airbus A380s Singapore Airlines has operated over the years that have now been retired and/or scrapped. 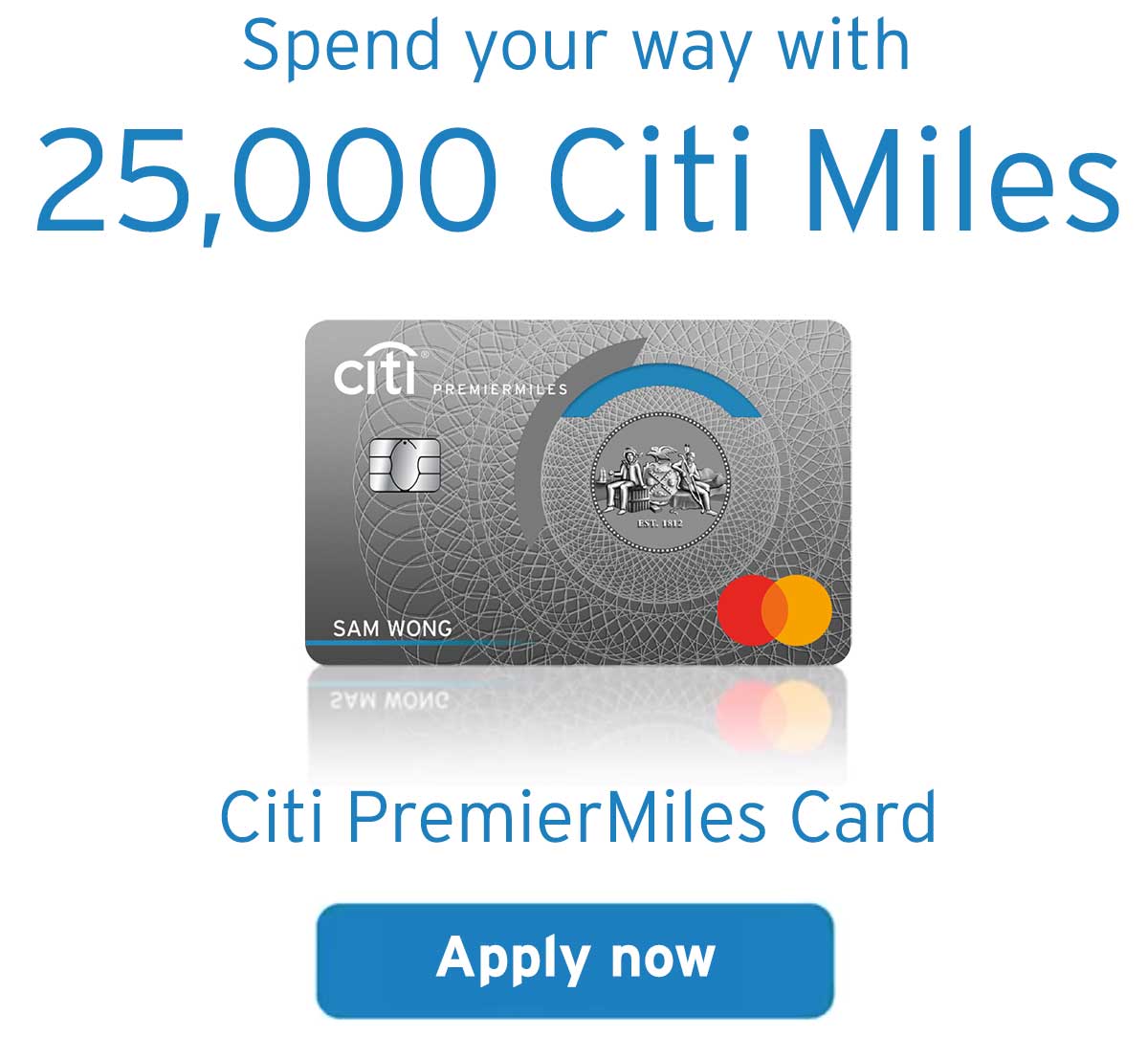 Here’s the status of SIA’s 12 A380s returning to service post-COVID, including those that are already actively flying again, since November 2021.

Interestingly there are now more refitted Airbus A380s flying in the SIA fleet than those originally delivered to the airline with the new cabins in 2017-18.

By May 2022, eight Airbus A380s will be required to operate the planned schedule, plus the requirement for at least one operational spare, suggesting we will see at least one additional Version 3 aircraft return to service in the coming months.

All Singapore Airlines A380 Version 3 aircraft have the latest cabin products, including the new Suites and Business Class seats.

There’s also a large 44-seat Premium Economy Class section, in the space the Suites cabin used to occupy at the forward main deck.

Here are our reviews of the Suites (double bed) and Business Class cabins on these A380s.

Fun fact: High quality and heavily customised airline seat products like this don’t come cheap, costing in the region of:

Older cabin products are not returning

Singapore Airlines confirmed back in November 2020 that all 12 of its Airbus A380s returning to the fleet would feature the latest cabin products prior to re-entry to service, meaning we had already seen the end of the longstanding 2006 Business Class and 2007 Suites from the Singapore Airlines network.

Don’t miss our heartfelt farewells to products we’ll probably all miss, even if they were a little past their prime.

‘The 63D trick’ in Economy Class

With more than half of SIA’s operating Airbus A380 fleet being the refitted aircraft, there’s an interesting trick when flying Economy Class to score yourself lots of legroom at no additional cost.

That’s because seat 62D is missing on these jets, because of the location of the underfloor crew rest area escape hatch, whereas the crew rest is in a different location on the five aircraft delivered from new with the latest seats (9V-SKU to -SKZ).

Here’s how it looks (pre-refit, but the space is still there):

63D is therefore your go-to seat choice in Economy on the A380 Version 3, with no additional charges, since right now you have around a 63% chance of success to score one of the five refitted aircraft that are in service.

Singapore Airlines originally planned for Airbus A380 operation to Mumbai starting on 10th January 2022 and Delhi from 27th March 2022.

Unfortunately due to Omicron concerns India has reinstated arrival quarantine for travellers from Singapore, so despite being a Vaccinated Travel Lane (VTL) country, booked loads are likely to be suppressed for the time being.

A380 operation has been deferred and is now planned from:

As we announced in mid-December, the next major route for SIA’s Airbus A380s is on the daily SQ26/25 Singapore to New York via Frankfurt service.

This will represent the first time the airline has regularly deployed its new Suites cabin to and from the USA.

“We’re excited to bring our newest, most luxurious Suites cabin to U.S. travelers for the first time, offering a new standard in comfort aboard the world’s largest aircraft.”

This will also open up the new Suites and Business Class product to and from Frankfurt, from both Singapore and New York.

An interesting new SIA A380 route?

Well not really of course, but the airline did run a one-off 12.5 hour charter flight between the two cities late last month using an Airbus A380 (9K-SKU), carrying players and officials to the Australian Open (tennis, for the uninitiated!).

Two Airbus A350 Long-Haul variants also flew similar charters for the event in the days afterwards.

What about future A380 routes?

By May 2022, SIA’s schedule will require nine Airbus A380 aircraft, eight in almost consistent use and at least one acting as a spare for operational requirements.

Before COVID-19, the airline’s A380s have been used to serve a variety of cities including Auckland, Beijing, Melbourne, Tokyo and Zurich, but there simply won’t be capacity in a 12-strong fleet to return to all these places, while maintaining key markets like London, Sydney and New York on the roster.

For example, we think the airline will almost certainly want to reinstate twice daily A380 London flights in future, equal to its pre-pandemic schedule, but that will effectively eat up another 1.5 aircraft (alternatively 2 aircraft can cover 1x daily LHR and 1x daily HKG, for example).

Similarly, Sydney might return to twice daily A380 service, so overall there really isn’t much slack left in the fleet for more than a couple of other destinations, assuming the current services continue as planned.

Much of this will no doubt also be based on how travel restrictions evolve from COVID-19.

In August 2021 Singapore Airlines launched ‘The Upcycling Project’, promising parts and materials from its retired aircraft reimagined by both Singapore-based organisations and global retail brands.

“These parts can be upcycled and repurposed to create unique retail products and art pieces, and will also be used to support educational institutions, artists, and persons with disabilities.”

While many of the parts stripped from these three aircraft will be able to be used as spares to maintain the operating fleet, SIA confirmed to FlightGlobal that some elements will be part of ‘The Upcycling Project’ too.

“Parts and materials it deems suitable for the project include the jets’ fuselage, cabin windows, overhead compartments, aircraft seats, life vests, soft furnishings and linens, and galley equipment such as carts and racks.”

The first tranche of products is already available via KrisShop, and includes several former A380 parts including a 2007 Suites side console and a repurposed 2006 Business Class seat for S$6,000!

Singapore Airlines is on the home straight with its A380 refits now, with only 9V-SKQ and 9V-SKP to be completed, the latter still in storage at Alice Springs.

Two existing Version 3 aircraft, 9V-SKW and 9V-SKZ, also need to be reactivated, for a total operating fleet of 12 A380s perhaps by late 2022.

In addition to London and Sydney, upcoming reinstated routes include Delhi, Frankfurt, Mumbai and New York, though there won’t be much slack left in a 12-strong superjumbo fleet to open up many more cities after that.