Skip to content
Grab multiple saver suites awards on the new A380s while you can, as Singapore Airlines deploys the aircraft to Delhi and Mumbai this summer 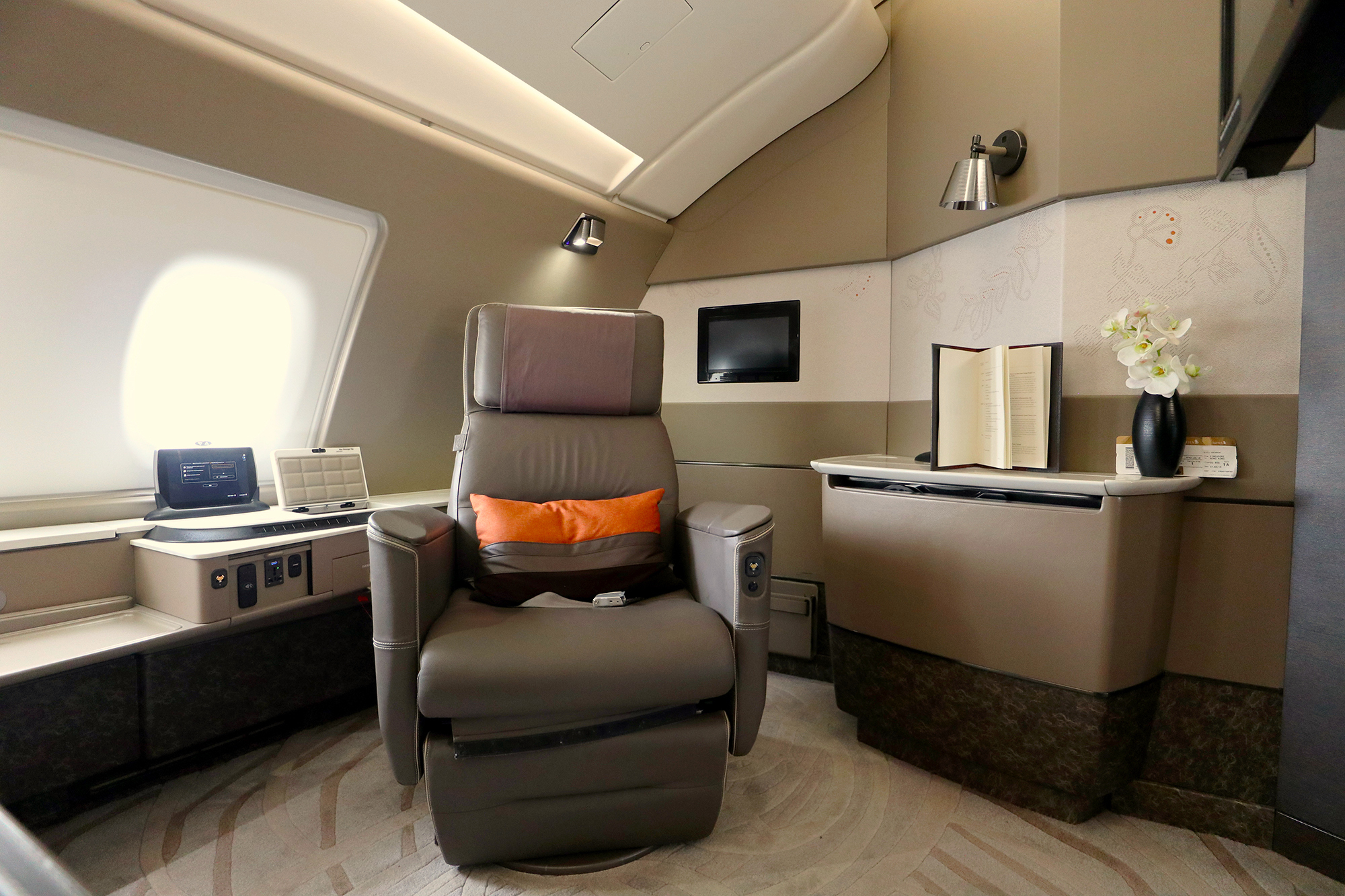 This morning we revealed that the first of 14 older Airbus A380s in the Singapore Airlines fleet has finished its refit work, and will be heading to Sydney on a daily basis sporting the new 2017 cabin products from 20th June 2019.

In the same schedule update the airline has confirmed the next two ports of call for the refitted aircraft as Delhi (during August 2019) and Mumbai (from 1st September 2019 onwards).

Singapore Airlines serves the Delhi route twice per day using the Boeing 787-10 and the Airbus A380 Version 2, with an all Business Class upper deck.

That doesn’t last though, for whatever reason Singapore Airlines has decided to then switch the new aircraft to the Mumbai route from 1st September onwards, with the Delhi flight SQ406/403 reverting to the A380 Version 1.

In terms of award space, you might have thought Singapore Airlines would severely bottleneck those elusive saver redemptions in Suites to and from Delhi during August.

Here’s the thing – they haven’t!

That’s right, on most days you can secure two immediately confirmable awards in Suites and snag yourself that double bed in the sky at saver rates.

So quick, before they realise what they have done, take a look at the dates below in August 2019 and get your redemptions locked in to try out one of the most sought-after cabin products in the sky.

Remember for Delhi – Singapore it’s an overnight flight, so we would actually recommend a redemption on the afternoon Singapore – Delhi sector instead. That way you will get to fully enjoy the First Class service (daytime flights tend to be better), not to mention The Private Room (see our review here) at Changi before departure.

A one-way saver award ticket will cost you 53,000 KrisFlyer miles per person each way. In case you missed it in our post this morning, we have a full review of the new A380 Suites and new A380 Business Class right here on the site, including the double bed in both cabins.

SIA flies 18 weekly flights in each direction between Singapore and Mumbai, with a daily 3-class A350 (the standard version) and daily A380 flight, supplemented by a 777-300 (the non-ER variant with older 2006 seats) four days per week.

Like Delhi this route sees a reshuffle over the next few months with a 777-300ER replacing the A380 flight temporarily, but when the superjumbo returns on 1st September 2019 it’s the latest version with the 2017 cabin products on a daily basis.

This flight then operates until the end of the published schedule, so it appears this one is here to stay.

Obviously we can’t do an award search on the Mumbai route all the way to May 2020, but we looked at a few dates in September once the new A380s are flying and also found plentiful opportunities for two saver Suites awards on the same flight, so this is another perfect opportunity to try out the new cabin if you haven’t already.

Delhi and Mumbai might not be the most exciting routes for the new A380s, as we know many of our readers are holding out for another European city like Paris or the Frankfurt / New York route to switch across.

The truth is Singapore Airlines likes consistency on a route where it can achieve it, and those longer flights take more than one aircraft to serve on a daily basis. It’s therefore not too surprising that we’re seeing closer cities served as the A380s emerge from their refits one by one.

Saver award availability on these routes in Suites is frankly incredible, and part of us wonders whether Singapore Airlines just hasn’t amended it yet in light of the recent equipment swap. That being the case, you should jump on these awards as soon as you can