Skip to content
What we know so far about the first refitted Singapore Airlines A380. Where's it flying, and why is 63D is the new go-to seat in Economy Class? 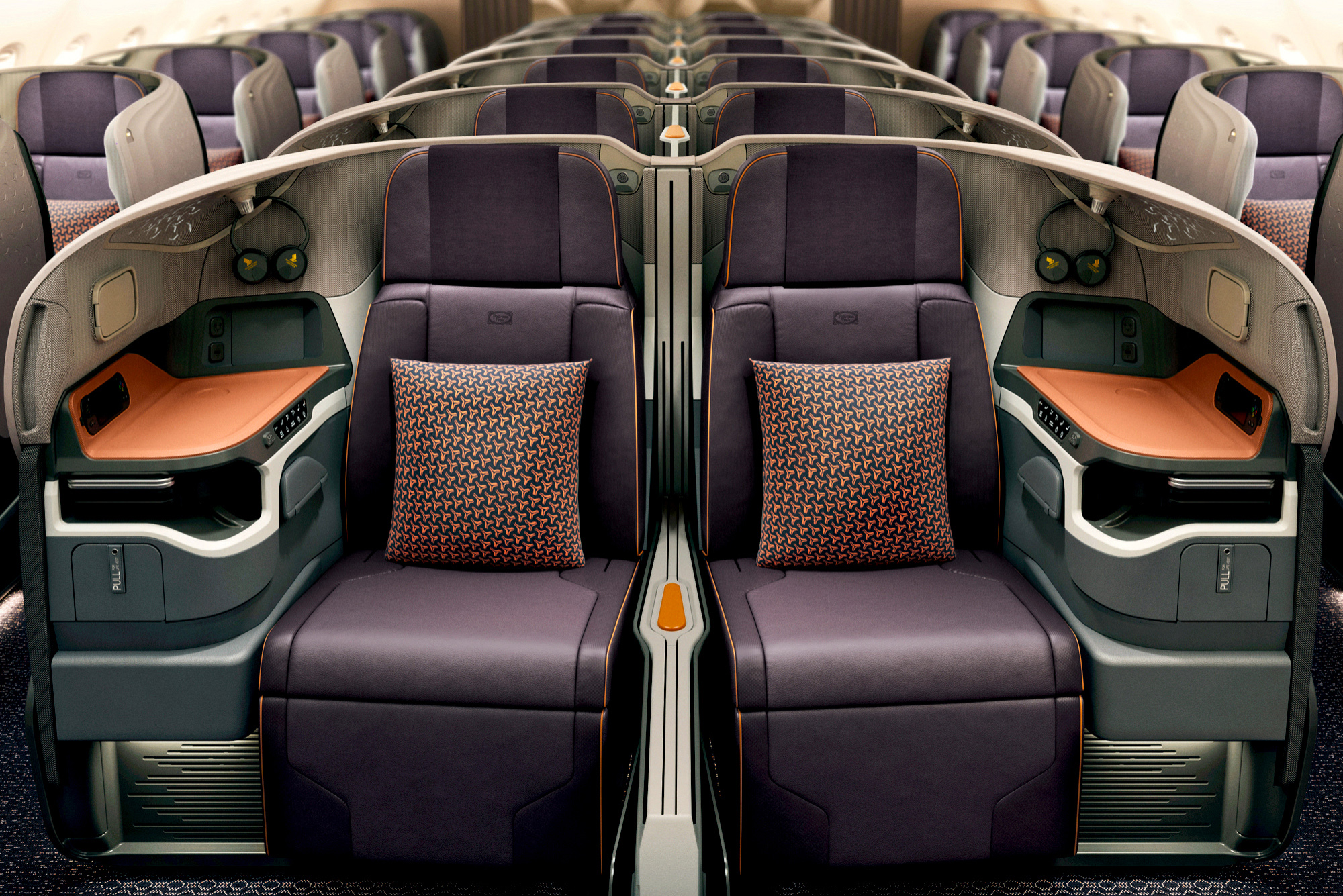 After a couple of false starts, 9V-SKS, the first of 14 older Singapore Airlines Airbus A380s to be refitted with the 2017 cabin products, departed Changi in the early hours of this morning to Sydney as SQ231.

This afternoon it set off back to Singapore as SQ222, sealing a new flight pairing with the latest cabins every day on the Sydney route between now and early August.

Originally due to start flying on 10th June, the re-introduction of the aircraft was pushed back initially to 17th June then again to today, presumably to smooth out some teething issues following close to eight months in the hangar.

Where is it flying?

For now there are no new routes, just an extra Sydney flight each day (SQ231/222). Currently (today and tomorrow) it’s being covered by 9V-SKS, but the aircraft will no doubt end up being deployed across the other A380 Version 3 routes before long.

From now until 1st August 2019 you’ll find the new A380 cabin products every day on:

During August 2019 the additional Sydney flight (SQ231/222) returns to the old A380 config (2nd August onwards), with Delhi getting the new seats all month.

From 1st September 2019 the Delhi flight returns to the old products and Mumbai gets the new seats. This arrangement continues until the end of the published schedule, so it appears to be the next ‘permanent’ route.

Is it any different?

Impressively, the refit of this first aircraft (previously an A380 Version 2) has achieved identical seating capacities in all four cabin classes. This is no mean feat and we didn’t expect them to manage it, so kudos to the team at SIA Engineering Company and Airbus Services, who are working together to complete the refits.

It means Singapore Airlines can deploy these refitted aircraft on any A380 Version 3 route without worrying about potential overbooking issues. For example if the refitted aircraft had fewer Premium Economy seats, that would cause some headaches in the event of an aircraft swap, but thankfully it’s not the case.

While the Suites, Business and Premium Economy Cabins have an identical seating layout and the same seat numbering as the other Version 3 aircraft, there are some small differences in the Economy Class cabin on the first refitted aircraft, despite the identical seat count of 343.

Here are the two Economy Class seat maps side by side (9V-SKU to -SKZ on the left, and the refitted aircraft 9V-SKS on the right).

It is sold as an extra legroom seat on the A380 Version 1 and 2 aircraft (as seat 51D in those cases), but probably won’t be on the Version 3 aircraft as the airline will not know in advance whether a refitted model will be used on a specific flight more than a few days before.

Though that’s unlikely at the moment, eventually once all the refits are completed there will be a 74% chance of success using this strategy (14/19).

For those unaware, the reason seat 62D is missing is due to the location of the crew rest compartment (CRC) emergency escape hatch. The CRC is directly below these seats in the cargo hold on the older A380s, but is in a different location on 9V-SKU to -SKZ.

Have the Suites been modified?

This is the question many of our readers want to know, especially whether the airline has addressed any of the criticisms levelled at the new 2017 Suites product.

Staring at your opposite neighbour while eating, not being able to dine with your partner or colleague at the same table, inertial reel seat belts making the sleeping experience less comfortable and seats that ‘rock’ slightly from side to side are all certainly first world problems.

Nonetheless with prices topping S$15,000 for a return to London, SIA’s big spenders and top-tier flyers are right to expect some improvements to these recognised issues.

What we don’t know at this stage is whether anything in Suites has changed. The seat map for this new aircraft is identical, as are the double bed positions (1A/2A and 1F/2F), so those hoping for staggered suite doors may be disappointed.

As soon as we have some information or pictures we’ll be sure to share them. If you have any experiences to share from flying on the refitted aircraft, please get in touch.

Can you guarantee a refitted aircraft?

As we alluded to above, probably not. The only way to identify the refitted A380 from the five newly delivered with the 2017 cabin products installed is the Economy Class seat map.

The problem there is that Singapore Airlines seems to be loading the usual Economy seat map (as fitted to 9V-SKU to -SKZ) on all A380 Version 3 flights except for the next two days.

Obviously it’s impossible to fly the new schedule with only the five original aircraft (from Sunday this week all six are needed to cover the flying program), so it seems that the airline is sticking with this strategy until approximately 48 hours before the flight (when online check-in opens) and they can then be more certain of the aircraft allocation.

In other words, you may not even see the refitted Economy seat map more than 2 days in advance, even using tools like ExpertFlyer and KVS.

In case you missed them, we have comprehensive reviews from our firsthand experience right here on the site of both the 2017 Business Class and 2017 Suites Class on the new Airbus A380.

Now that 9V-SKS is in back service it’s 9V-SKT next to rollout with the refitted seats. It has now been out of service for nearly five months, and so should be back in action this summer.

Bear in mind that it took nearly eight months for 9V-SKS to re-enter service following maintenance and re-fit work, so we may not see another refitted version for a while yet.

The Tokyo plan seems to be off the cards, with SIA now selling the A380 Suites cabin to a capacity of 12 for the rest of the published schedule (it was previously capping capacity at 6 seats). Delhi and then Mumbai seem to have taken its place, for whatever reason.

Once we have details of which routes and flights the next refitted A380s will unlock, we’ll let you know. Remember you can always see where these new cabins are flying now, and in the near future, on our continually updated 2017 Suites and Business Class tracker page.