Skip to content
We just reviewed the alternative KrisFlyer Elite Gold lounge in Changi's Terminal 3, without even knowing it. The temporary arrangement will last for 2 years. 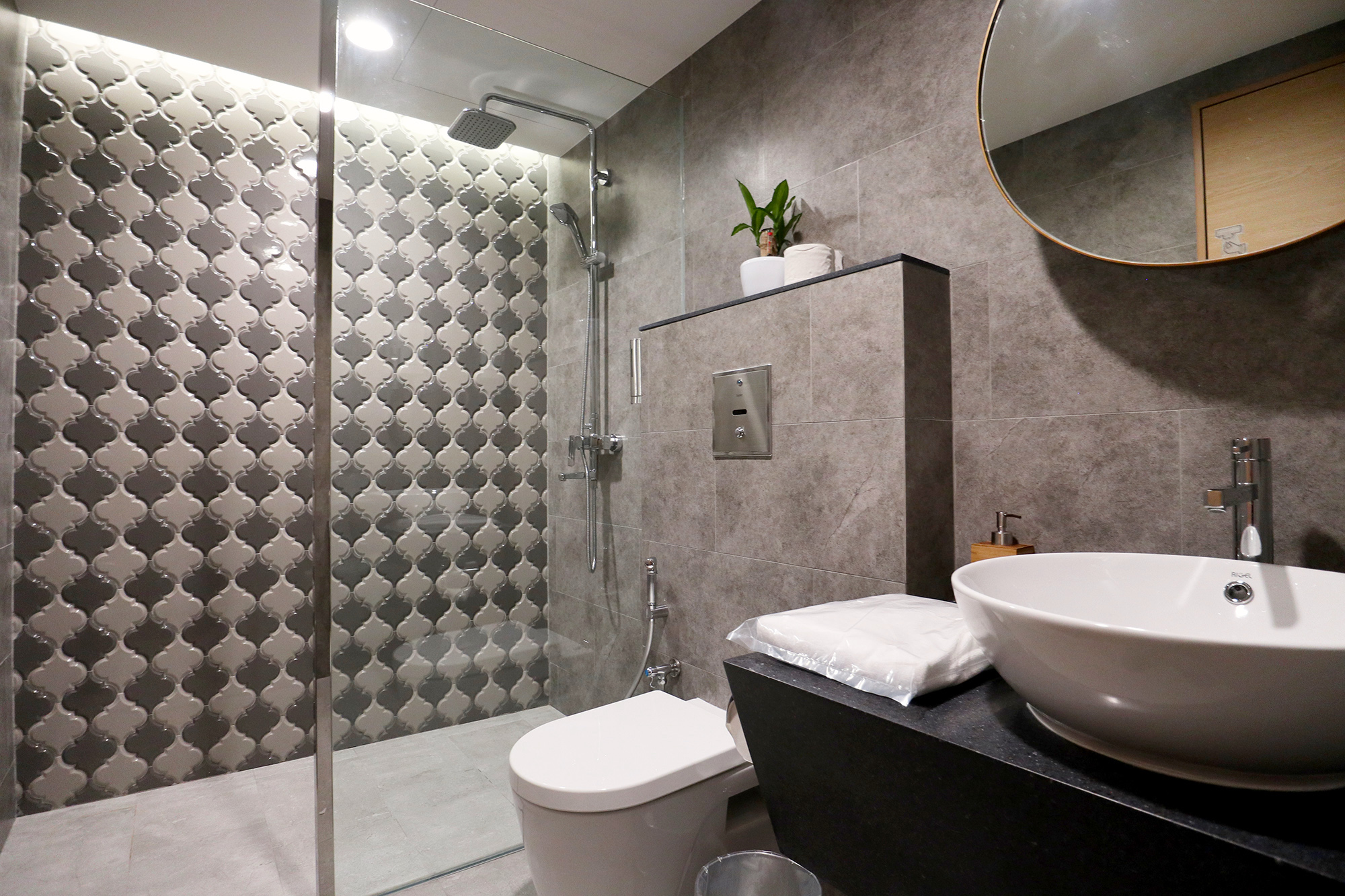 One thing we weren’t anticipating when we published our full review of the new Marhaba Lounge at Changi’s Terminal 3 last week was that we were in fact reviewing the new temporary alternative KrisFlyer Elite Gold lounge.

A temporary lounge is necessary because of a highly anticipated, and in the eyes of many customers perhaps slightly overdue, lounge revamp project kicking off next month. It will see all of Singapore Airlines’ Terminal 3 lounges updated in a S$50 million investment between now and mid-2021.

The existing KrisFlyer Gold Lounge in T3 will therefore be used as overspill space for the SilverKris lounges, the first of which (SKL Business Class) will be renovated in sections, followed by the First Class lounge, The Private Room then finally the KrisFlyer Gold lounge itself.

This is likely to be the last lounge upgrade we see from the airline until the big move to Changi’s Terminal 5 in the early 2030s, where the SIA Group carriers will all operate under one roof unlike the current split T2/T3 arrangement.

When we were contacted by several readers last week saying they had heard that the Marhaba Lounge was to be used as the temporary KrisFlyer Gold facility from the end of the month, we were initially sceptical. A few reasons sprang to mind:

On late Thursday last week Singapore Airlines provided a directional map to the new alternative KFEG lounge on their website, and it started to look eerily similar to one we had produced just a few days earlier.

Still convinced it couldn’t be right, we checked back at the pictures we took for our review as we recalled taking one out of each side of the lounge. What else is around there that could be used?

Firstly, looking left out of the Marhaba Lounge towards the Louis Vuitton shop.

Secondly from the right side of the Marhaba Lounge, towards the Singapore Food Street eateries.

No alternative lounge here either, just a void.

So it looks like it must be the Marhaba Lounge the airline is contracting to accomodate these passengers.

To be sure, we contacted Singapore Airlines and asked them to confirm exactly which lounge will be used.

A spokesperson for the airline responded to us this afternoon and confirmed that it is indeed the Marhaba Lounge that will be used to house KFEG and Star Alliance Gold passengers during the construction phase.

So despite our initial doubts, it will be this lounge after all.

Interesting that the airline is taking over a specific section of the lounge and will have its own entrance.

The only alternative access to the lounge we could see might be through a void further along the access corridor from the current main entrance, closer to the Singapore Food Street side of the lounge. This would lead into the larger main seating area, beyond the dining options.

It’s currently a decorative window, but presumably could be converted into an entrance relatively easily.

The KrisFlyer Gold entrance could then be this one, or the existing entrance could be used for those passengers with the smaller one for Marhaba guests.

Some kind of additional reception area will be needed, so it’s not an altogether small job to modify this into a fully functioning entrance. We’ll be passing by later this week on another trip from T3, so we’ll check again and report back.

Edit 19th August 2019: Reader David confirmed that the dedicated KrisFlyer entrance is indeed where this window void was located, further along the corridor. See the picture below.

Our capacity concerns aside, a temporary move to the new Marhaba Lounge on the whole is good news for KrisFlyer Elite Gold members.

The lounge is Changi’s newest third-party offering, is also accessible with the likes of Priority Pass membership, and opened just six weeks ago on 23rd May 2019.

A major criticism of the existing KrisFlyer Elite Gold lounges at Changi is the lack of restrooms and showers within the lounge itself (ok showers aren’t always found in Business Class lounges, but restrooms?).

No such concern here, in fact as we mentioned in our review the toilet and shower facilities at Marhaba are far superior to those found at most third-party lounges.

We were particularly impressed with the private shower suites themselves, which are spacious, modern and have a private toilet.

They are frankly even nicer than those in The Private Room (which don’t have a private toilet in each shower suite, something Singapore Airlines will surely resolve with this latest revamp).

We also found the food selection to be extensive and good quality. Four different wines and two varieties of beer are offered. There is even a dedicated Satay Station.

There are a variety of seating options, all with multi-standard power sockets and USB charging ports.

The lounge has an abundance of natural light from the floor to ceiling windows down one side.

Unfortunately the Wi-Fi speed was dismal, and hopefully this was a one off during our visit.

For our full and comprehensive 3,000+ word review including over 50 photos, click here. 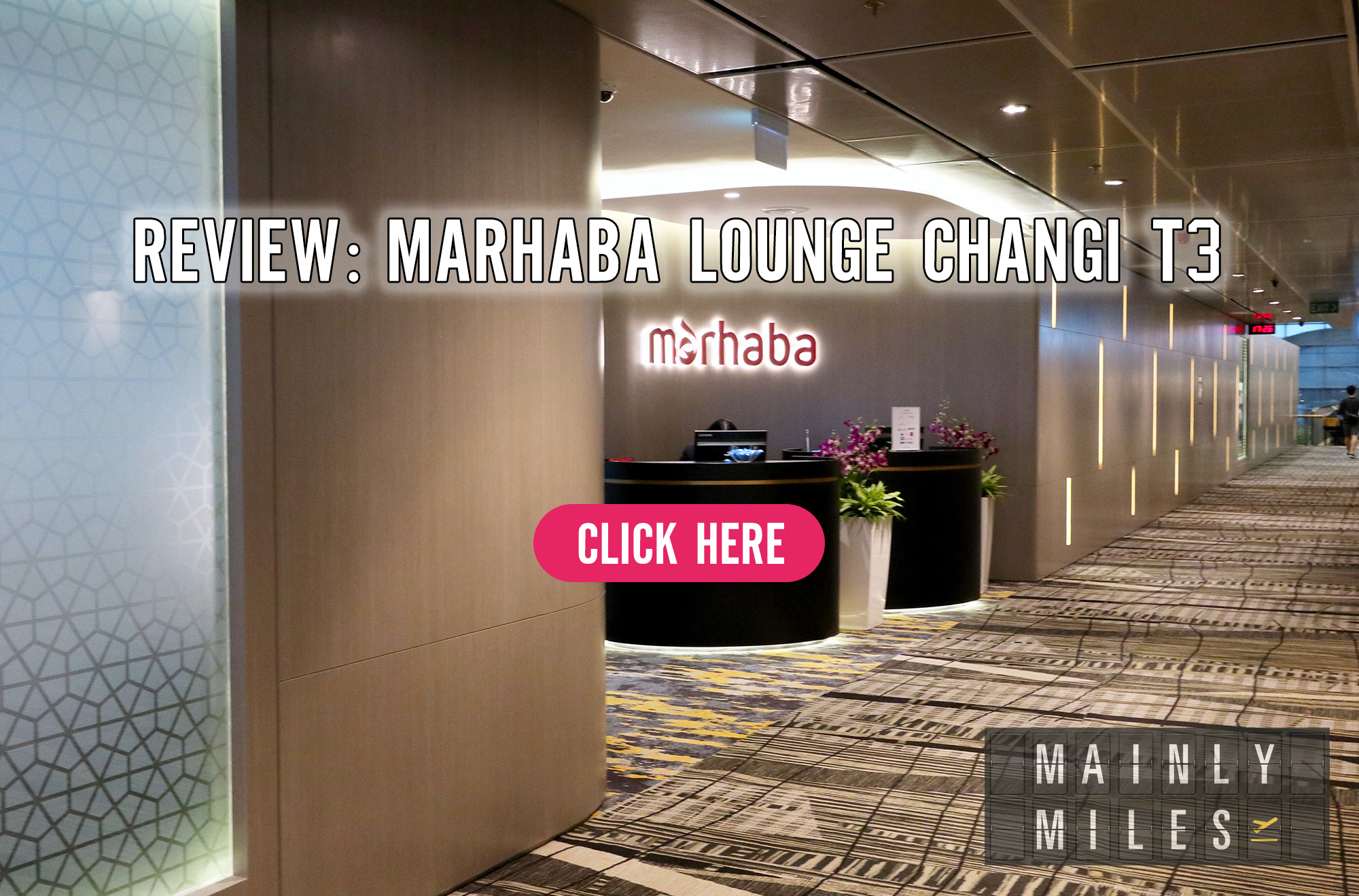 How will the lounge be split?

It’s hard to know at this stage what the proposal will be for the dedicated area for KrisFlyer Gold lounge members, and whether it will feature any alternative food and beverage options.

Singapore Airlines has already confirmed that the temporary alternative lounge does have toilets and showers inside, stating in an email on Thursday last week to KrisFlyer Elite Gold members that:

“We are pleased to share that restrooms and shower facilities will be available in this lounge.” Singapore Airlines

The Marhaba guests are unlikely to be doing without these essential facilities for two years, indeed they are an advertised feature of the lounge, so it’s likely these will be shared by all lounge guests and that the KrisFlyer Gold section will be a (potentially more dense) seating area, with shared facilities usage.

The final verdict will of course come from KrisFlyer Elite Gold members flying out from 31st July 2019 onwards, and we’ll then hopefully be able to update you on how the arrangement works in practice.

We asked Singapore Airlines how long they expected to be using the Marhaba Lounge as the third-party alternative to the KrisFlyer Gold lounge in Terminal 3, and a they confirmed this afternoon to Mainly Miles that this arrangement is proposed to last throughout the entire construction period through mid-2021.

“The approximate timescale for use of the alternative KrisFlyer Elite Gold lounge is for the whole duration of the construction works.” SIA spokesperson

That’s not too surprising as the existing KrisFlyer Gold lounge is likely to be needed to rotate as ‘overflow’ space during the progressive construction work in the other three SilverKris lounges.

It means regular KrisFlyer Elite Gold and Star Alliance Gold members flying in Economy or Premium Economy will become very used to this temporary lounge over the next couple of years.

Quite a surprise to find that a lounge we had just freshly reviewed is destined to be the KrisFlyer Gold lounge, albeit temporarily.