Skip to content
New York and Frankfurt will get ANA's new First and Business Class seats this winter, with the Singapore route also getting a First Class seat (of sorts) 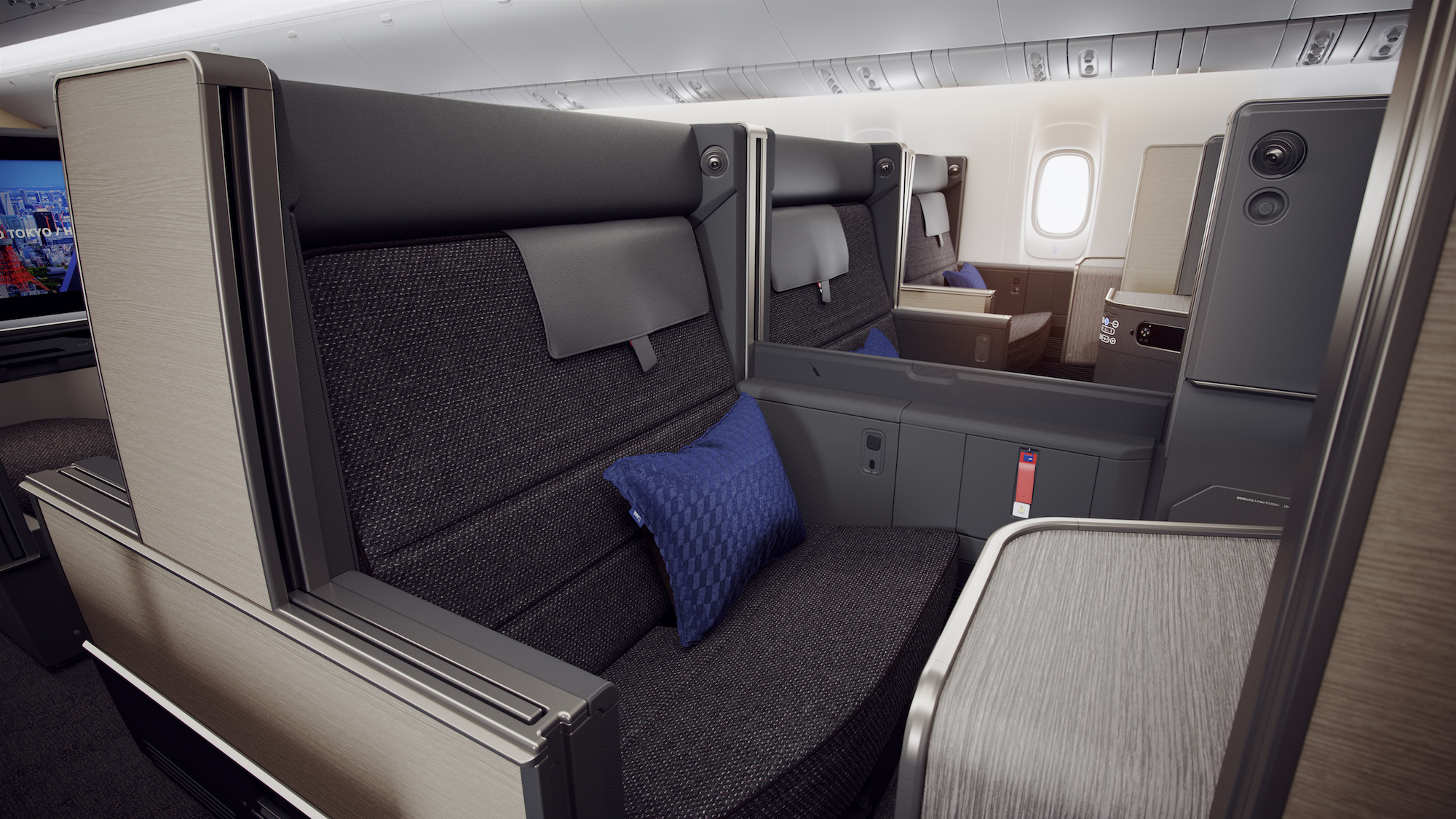 Star Alliance airline All Nippon Airways announced today that it will continue to expand deployment of its latest impressive cabin products on the redesigned Boeing 777-300ER, currently flying daily from Tokyo Haneda to London Heathrow.

This winter the plane will also serve the Tokyo – New York route, from both Haneda and Narita, with the Tokyo Haneda – Frankfurt route set to follow in early 2020.

Closer to home, deployment of 777-300ERs with the older configuration to Singapore will also see some passengers being able to sit in First Class seats on that city pair, though a Business Class service will be offered.

In First Class, which ANA calls “The Suite”, an all-new design is inspired by luxury Japanese hotels with fully enclosed seating, the most spacious the airline has ever installed on its aircraft. The First Class cabin is finished in a luxury dark wood.

First Class suites also feature a movable partition, which can be adjusted upon request to ‘pair’ two middle seats together when travelling as a couple or with a friend.

A total of eight First Class ‘Suites’ are installed on the airline’s new Boeing 777-300ER aircraft, in an intimate two-row cabin with a 1-2-1 configuration.

In the Business Class cabin there are 64 seats across three separate sections in a 1-2-1 configuration, featuring direct aisle access for all passengers.

These seats alternate between forward-facing and rear-facing at each row.

The design is inspired by modern, multifunctional Japanese living spaces, and includes doors at the seat side which can be used to create an enclosed suite.

The width of the Boeing 777-300ER cabin allows this to be a huge space, around twice as wide as existing ANA Business Class seats, including a wide sofa.

A redesigned self-service bar counter with a TV monitor and a fridge will also be installed.

God Save The Points jumped on board one of the first Heathrow to Tokyo flights fitted with the new seats to try out “The Room” Business Class.

It’s safe to say the reality of the experience seems to have lived up to the hype, with Gilbert claiming it to be the “new world’s best”.

Check out the review here

The new seats are already flying daily on the NH211/212 Tokyo Haneda to London Heathrow route. Initially this was on alternate days, but regular daily deployment has happened on these flights in August 2019 – over a month ahead of schedule.

The next destination for these new seats is New York, a 12+ hour flight from Tokyo and a 14 hour journey on the way back.

The first flight to get the new seats will be the daily NH110 flight operating from Tokyo Haneda to JFK, from 8th November 2019. It will return as NH9 from JFK into Tokyo Narita on the same calendar day.

ANA has now uploaded the new seat maps for these flights, which are operating on specific dates in the winter 2019/20 season. See our full article for details.

If you want to redeem your KrisFlyer miles on this route to try out the new aircraft, here are the applicable one-way rates.

KrisFlyer rates between Japan and North America are very steep and don’t represent great value. If you have miles or points in other frequent flyer schemes you may find those give you a much better deal for these redemptions.

ANA does not permit one-way award redemptions outside Japan, so you must redeem a round-trip ticket using these miles.

The airline also prices award flights on its own aircraft by season, with low season dates being the cheapest followed by regular season and high season.

Remember these are return award prices, not one-way like the ones quoted for other programmes, so the value is actually quite good. If you can find a return Business Class award available on your preferred dates in low season, it’s the equivalent of paying just 37,500 miles each way.